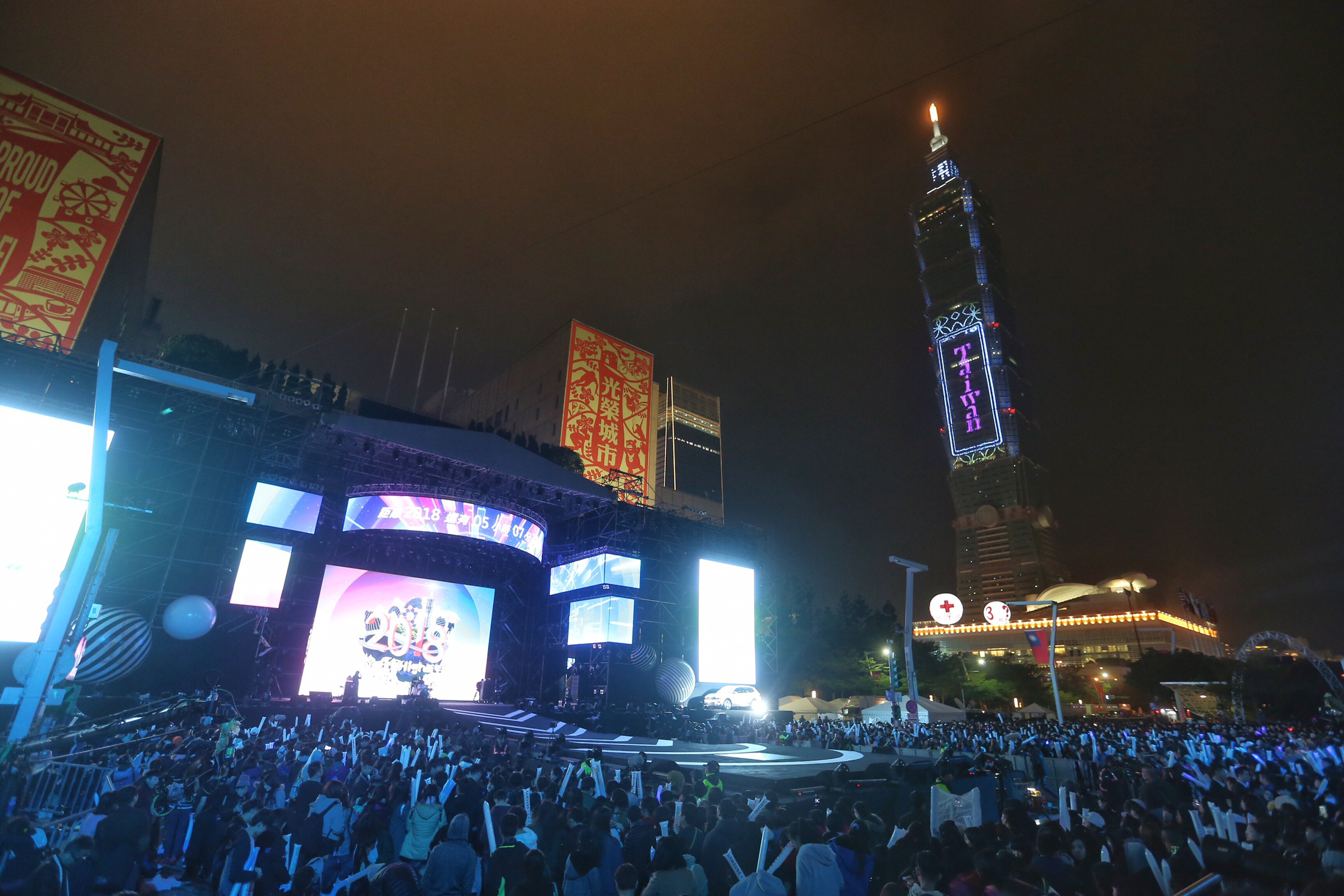 Taipei, Dec. 31 (CNA) This year's Taipei 101 countdown and fireworks display is again going to be broadcast to the world via satellite, to show the world Taiwan's creativity and promote tourism, the Ministry of Foreign Affairs (MOFA) said Sunday.
In a press release, the ministry said the theme for the six-minute Taipei 101 fireworks show this year is "2018 Happy Together," and it will be integrated with a light-emitting diode (LED) display that will be both innovative and environmentally friendly.
The live coverage of the fireworks display will be ready for all television channels and internet media outlets to download from 11:55 p.m. on Dec. 31 until 12:06 a.m. on Jan. 1 Taipei time, the ministry said. Many outlets around the world have been notified of the opportunity by Taiwan's representative offices abroad, and international journalists in Taiwan are also welcome to cover the event, the ministry said.
The fireworks display can also be viewed on the Trending Taiwan Youtube channel (https://goo.gl/feuivE).
Taipei 101 has showcased a New Year's fireworks display annually since 2005, and frequently makes the highlights of New Year's Eve celebration packages broadcast by the BBC and other international broadcasters.
In 2012, American news outlet CNN selected the event as one of the world's top 10 unique New Year's Eve city activities, the ministry said. (By Ku Chuan and William Yen)