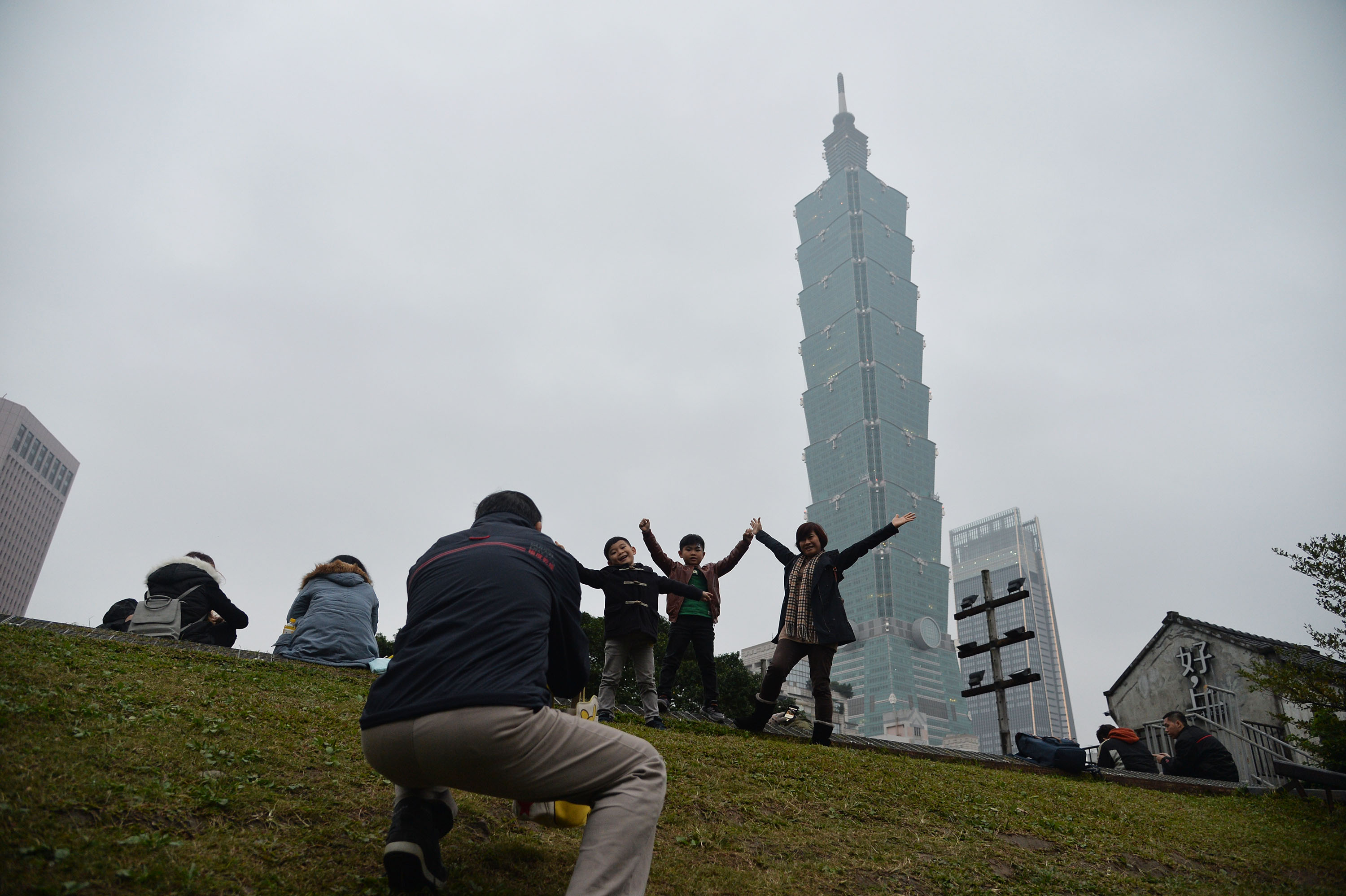 Taipei, Dec. 31 (CNA) As the countdown to 2018 entered its final stages, revelers flocked to Taipei City Hall Square on Sunday night, eagerly anticipating the annual fireworks show at the Taipei 101 skyscraper to ring in the new year.
Recognized as the most popular New Year's Eve celebration in Taiwan, the Taipei countdown party, themed "Happy Together" this year, had already attracted a huge crowd and caused traffic jams before beginning at 7 p.m.
Many of the visitors this year have come from overseas to see the Taipei 101 fireworks extravaganza, expected to last six minutes long this year.
"I hope to see a spectacular fireworks," said a flight attendant from San Diego, California who identified himself as Dirk.
Ike Mayangsari, an Indonesian migrant caretaker, said she has attended the bash with her friends every year since starting to work in Taiwan in 2015 because the district is awash in lights and has a really festive atmosphere.
For Nur Abdul Rasyid, Muhammad Mauludin Anwar, Achmad Iabal, and Pay, Indonesian students working on a farm in Toucheng in Yilan County under a working holiday program between Taiwan and Indonesia, they will be experiencing the Taipei 101 fireworks for the first time.
"We traveled from Yilan to celebrate the New Year by train. It took us about two hours. Taipei 101 is the icon of Taiwan," Nur Abdul Rasyid said.
According to organizers, the six-minute pyrotechnics is the longest in the history of the event, and will involve 16,000 fireworks to be augmented with an LED light show. (By Shih Hsiu-chuan and Joseph Yeh)