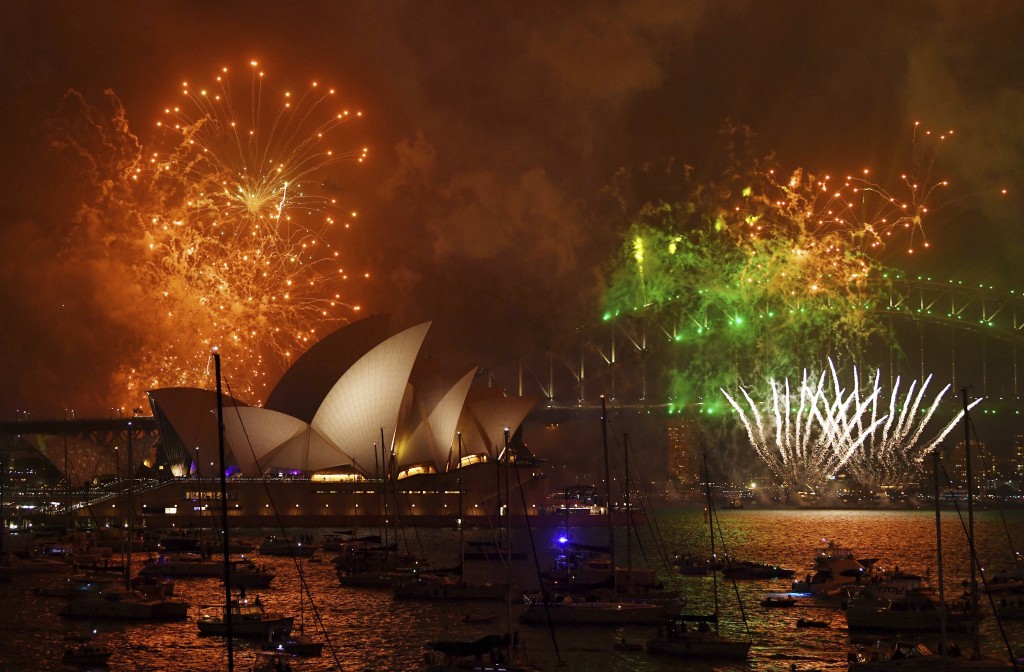 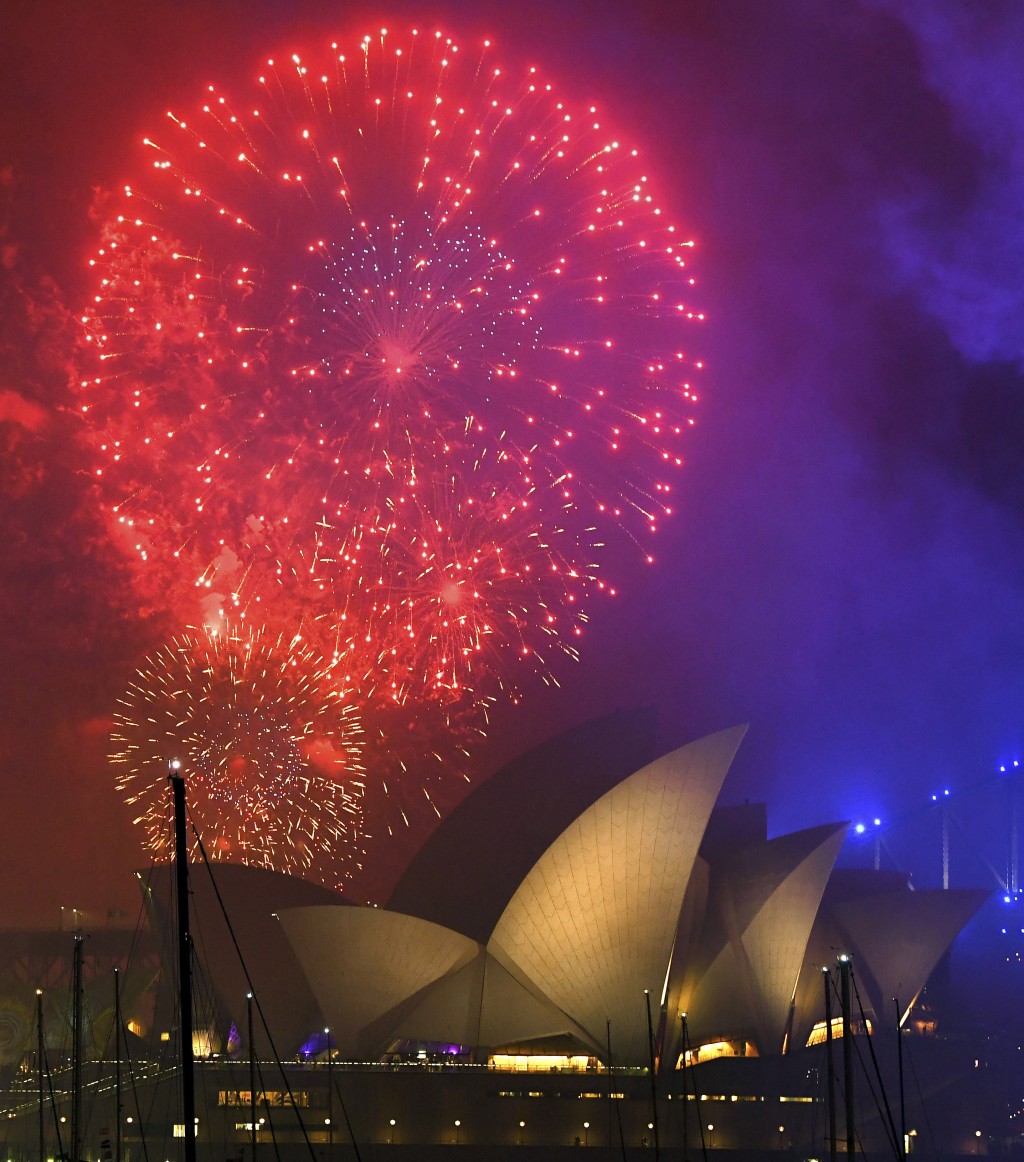 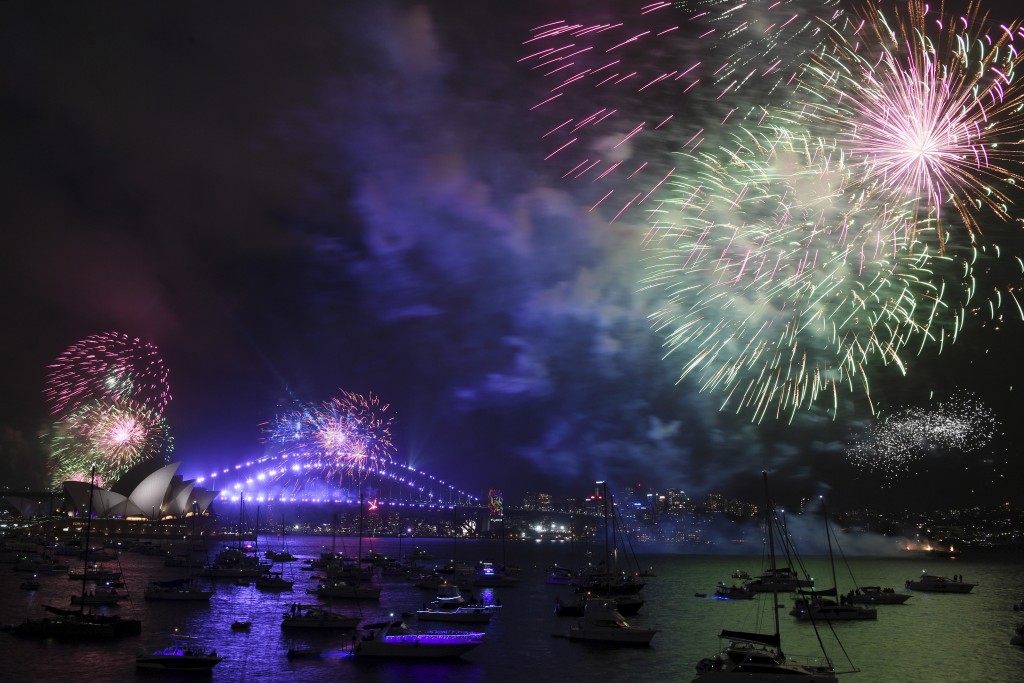 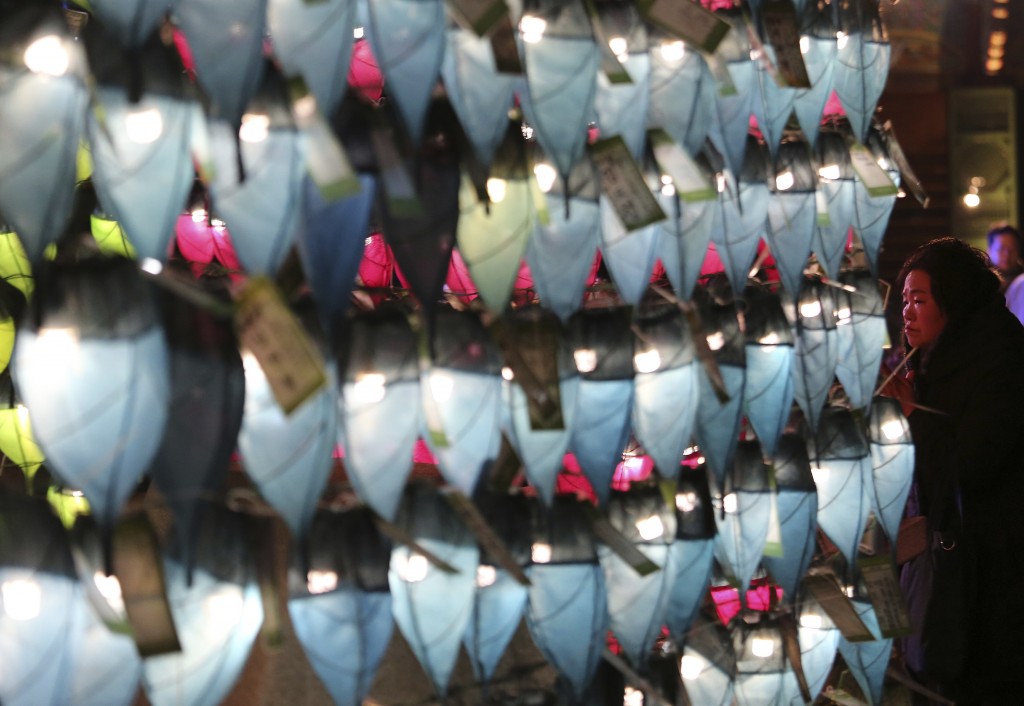 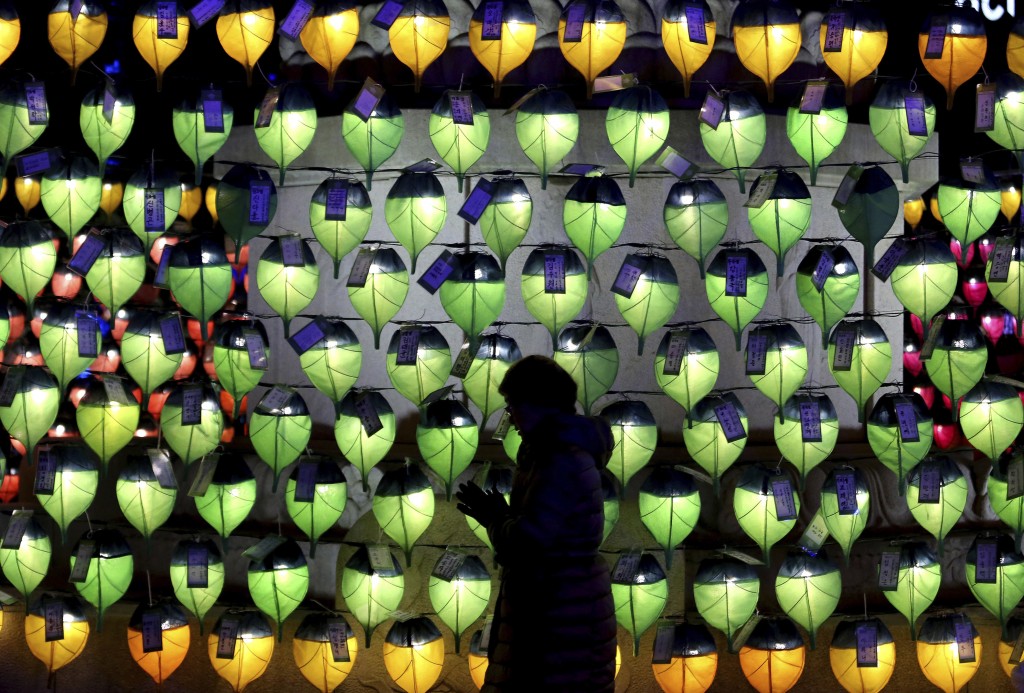 A look at how people around the world are ringing in 2018:

Fireworks lit up the sky above Sydney Harbour a few hours before midnight Sunday, kicking off the city's New Year's celebrations.

Around 1 million people were expected to gather to watch the festivities. Security was tight, but officials said there was no particular alert.

During the midnight fireworks display, a rainbow waterfall off the Sydney Harbour Bridge was planned to celebrate recently passed legislation legalizing gay marriage in Australia.

Those willing to brave the cold in Beijing will join a countdown at the tower at Yongdingmen Gate, a rebuilt version of the Ming dynasty-era landmark gate at the southern end of the city's north-south axis.

Bells will be rung and prayers offered at temples in Beijing, but the Gregorian calendar's New Year's celebrations are typically muted in China compared to the Lunar New Year, or Spring Festival, a time of fireworks, feasts and family reunions.

Authorities throughout China are also on high alert for stampedes or terror attacks at large public gatherings. Police in the central city of Zhengzhou are putting 3,500 officers on duty across the city while residents gather to watch a light show and cultural performance in a public square.

Many Japanese are celebrating the arrival of the Year of the Dog in the traditional way of praying for peace and good fortune at neighborhood Shinto shrines, and eating New Year's food such as noodles, shrimp and sweet black beans.

Barbecued beef and octopus dumpling stalls were out at Tokyo's Zojoji Temple, where people take turns striking the giant bell 108 times at midnight, an annual practice repeated at other Buddhist temples throughout Japan.

"The world situation has grown so complex," Eguchi said, adding that he also worried about possible terrorism targeting Japan. "I feel this very abstracted sense of uncertainty, although I really have no idea what might happen."

After spending an exhausting year that saw a presidency toppled by a corruption scandal and nuclear-armed North Korea firing missile after missile, South Koreans enter 2018 in need of a happy distraction. The upcoming winter Olympics just might do it.

Thousands of people are expected to fill the streets near Seoul's City Hall for a traditional bell-tolling ceremony to usher in the new year. The group of dignitaries picked to ring the old Bosingak bell at midnight includes Soohorang and Bandabi — the tiger and bear mascots for the Pyeongchang Winter Games and Paralympics in February and March.

Tens of thousands of people are expected to flock to eastern coastal areas, including Gangneung, the seaside city that will host the Olympic skating and hockey events, to watch the sun rise on 2018.

Tens of thousands of revelers will ring in the new year in Las Vegas under the close eye of law enforcement just three months after the deadliest mass shooting in modern U.S. history.

Tourism officials expect about 330,000 people to come to Las Vegas for the festivities, which are anchored by a roughly eight-minute fireworks display at the top of seven casino-hotels.

Acts including Bruno Mars, Britney Spears, Celine Dion and the Foo Fighters will keep partiers entertained before and after midnight at properties across Sin City.

The Las Vegas Metropolitan Police Department will have every officer working Sunday, while the Nevada National Guard is activating about 350 soldiers and airmen.

The federal government also is sending dozens of personnel to assist with intelligence and other efforts.