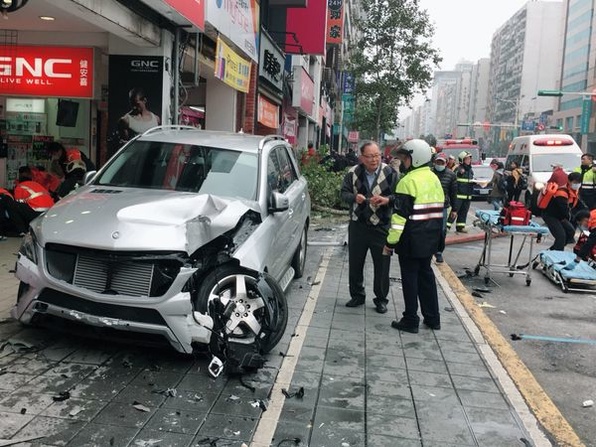 TAIPEI (Taiwan News) – Nine people were injured in Taipei Sunday as an SUV plowed into a row of people waiting outside a bakery to buy pineapple cakes, according to media reports.

The cause of the incident was not immediately known, but both the driver and the car were being investigated to determine whether mechanical failure or human error was at fault, the Chinese-language Apple Daily reported. While in other countries suspicions might go in the direction of a terrorist attack, such incidents are completely unheard of in Taiwan.

Around 3 p.m., people were lining up outside the Chia Te Bakery on Nanjing East Road to buy its popular pineapple cakes when suddenly a silver Mercedes M-class SUV plowed right into the crowd, reports said.

Five men and four women were injured and taken to hospital in ambulances while police arrived to investigate. One person reportedly suffered a broken bone but nobody was critically injured.

Reports from the scene showed the vehicle parked on the sidewalk with its front left side smashed in, a wheel hanging loose, and pieces of metal and glass strewn about. Part of the sidewalk had been cordoned off by police.

The 77-year-old man driving the vehicle claimed he had lost control. Footage from a surveillance camera showed the SUV backing up 200 meters, before moving forward again and suddenly turning on to the pavement and into the crowd of about 40 people waiting in front of the store. 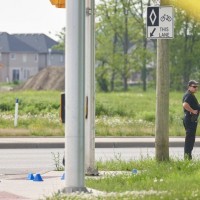 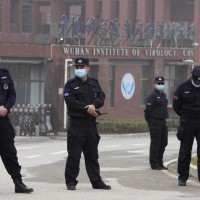 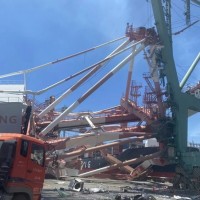