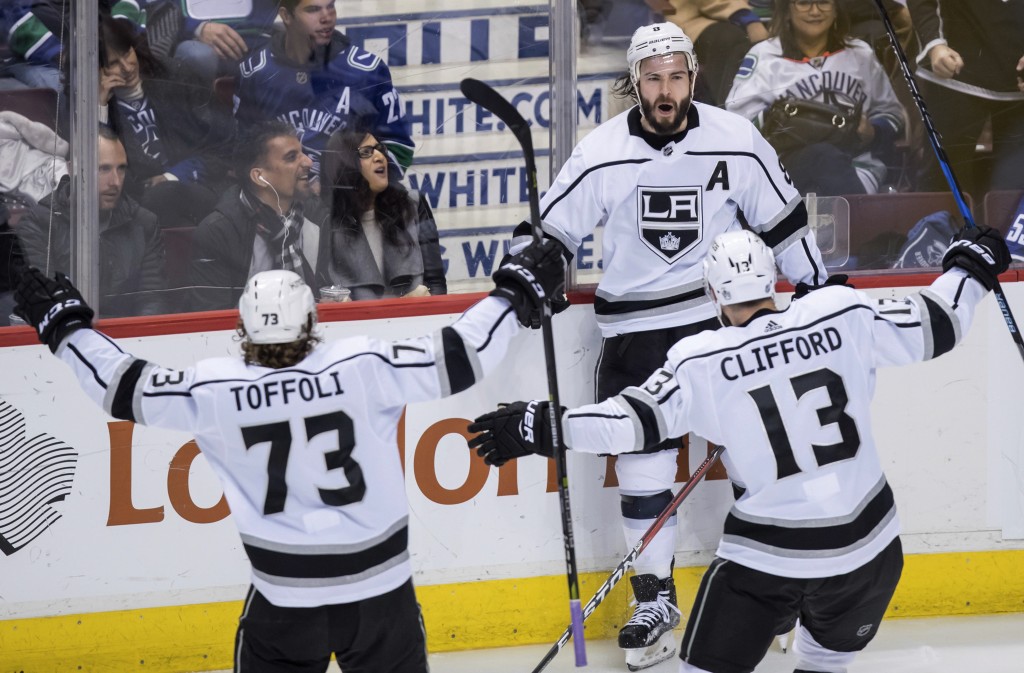 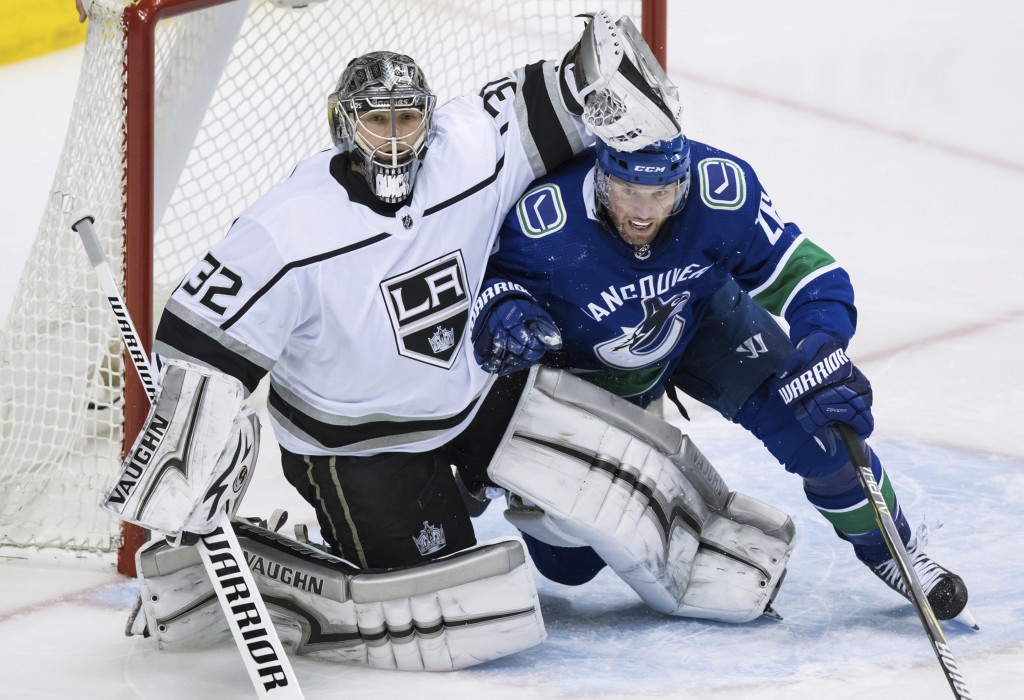 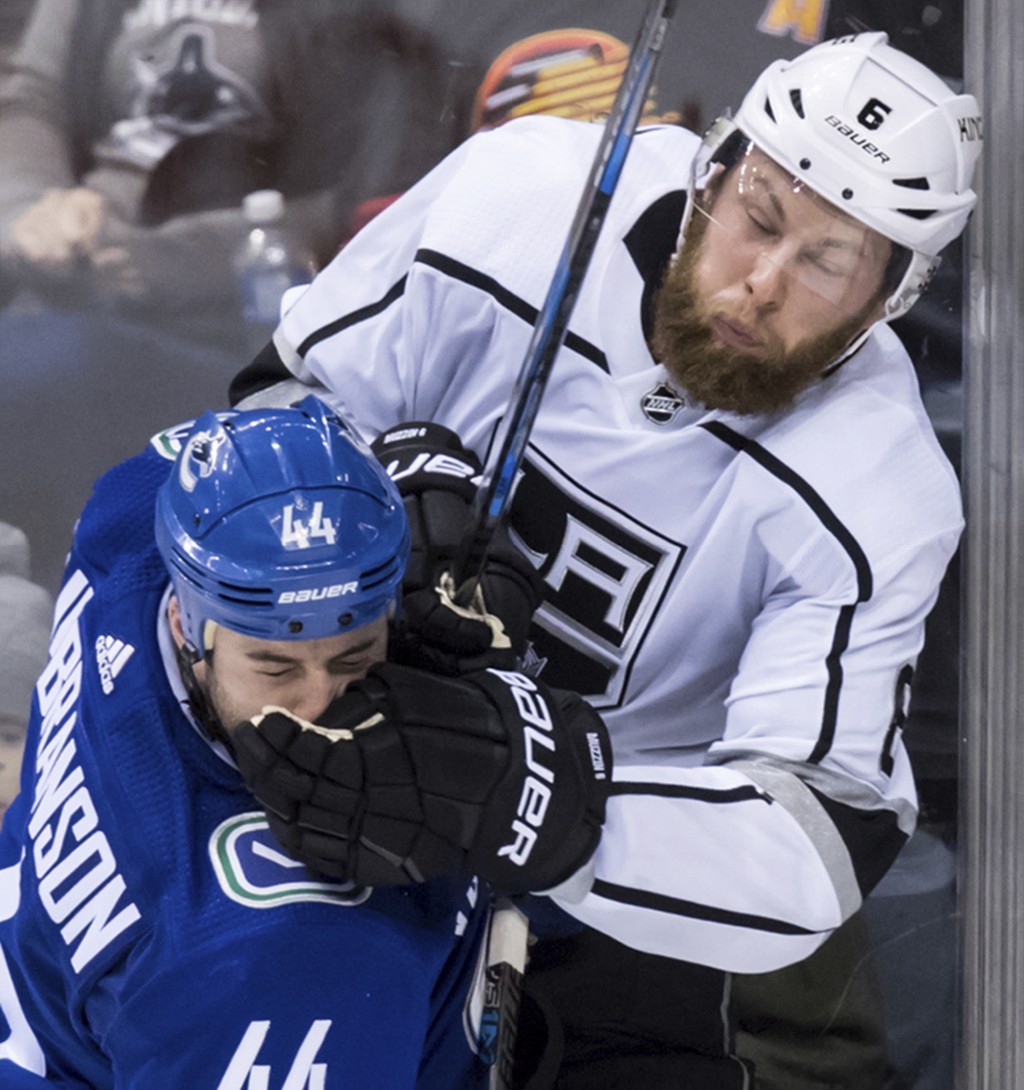 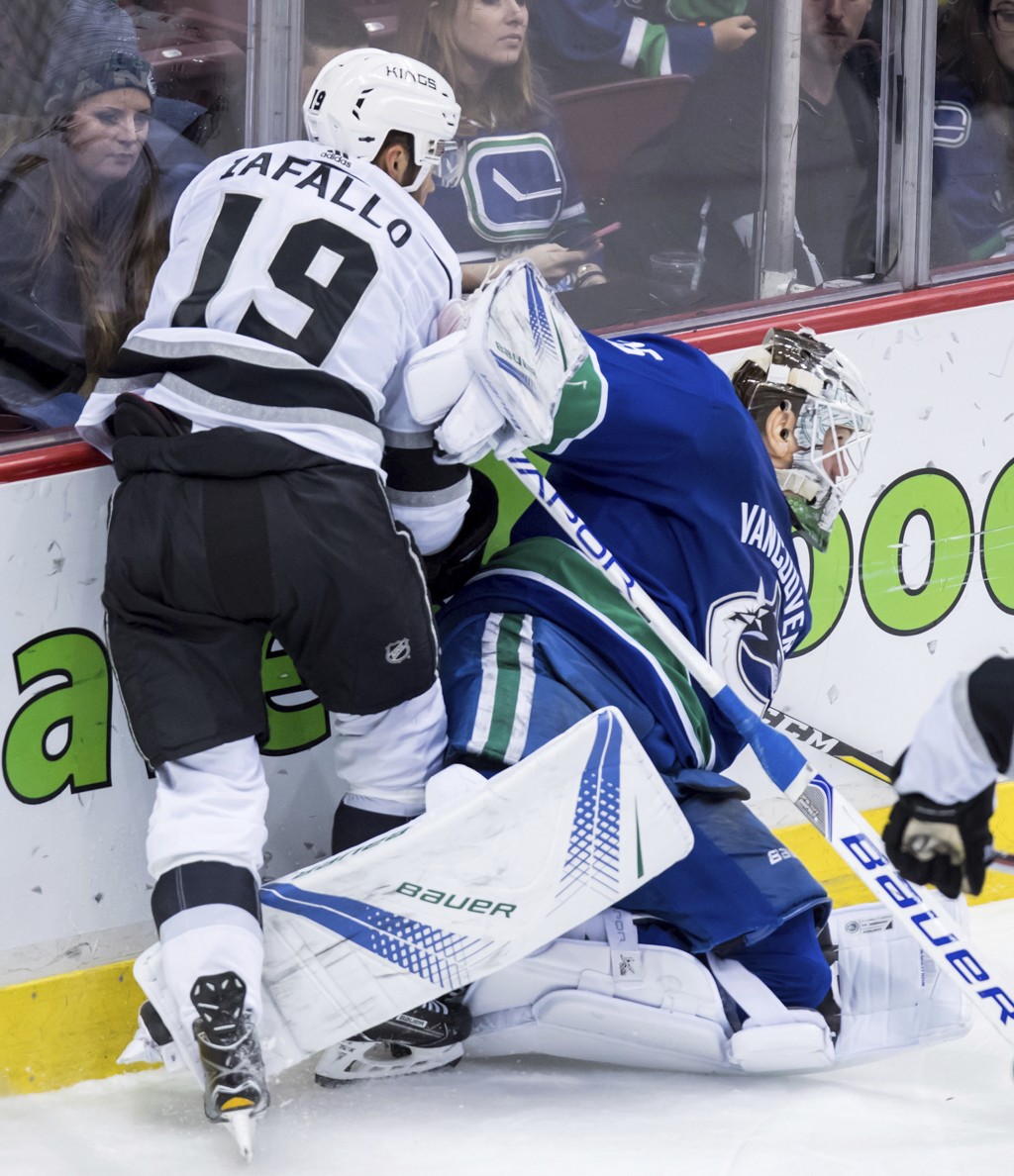 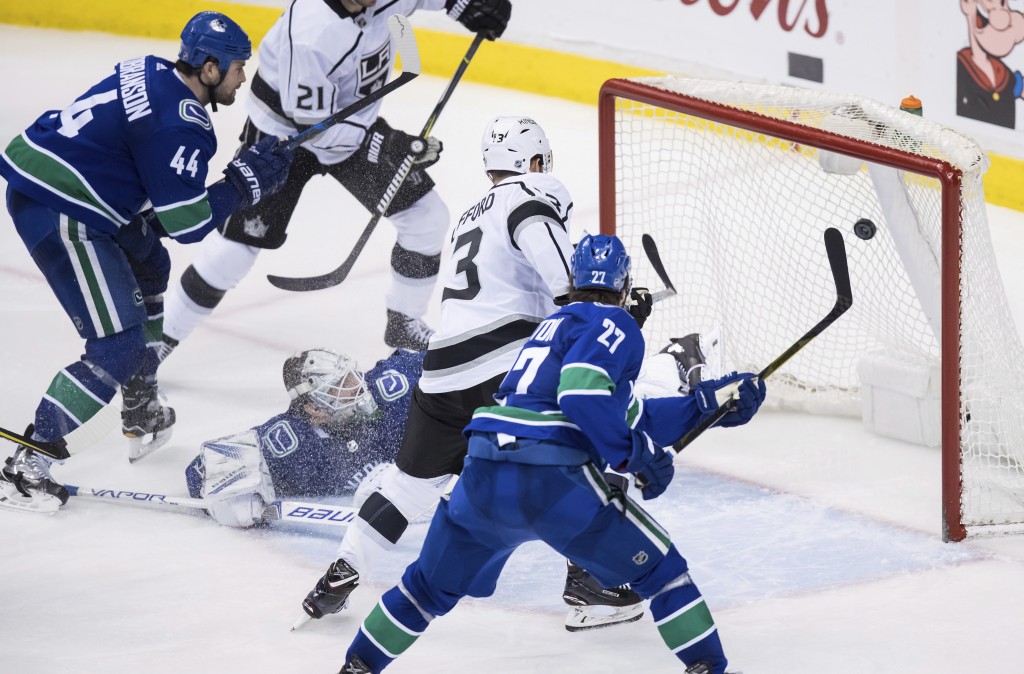 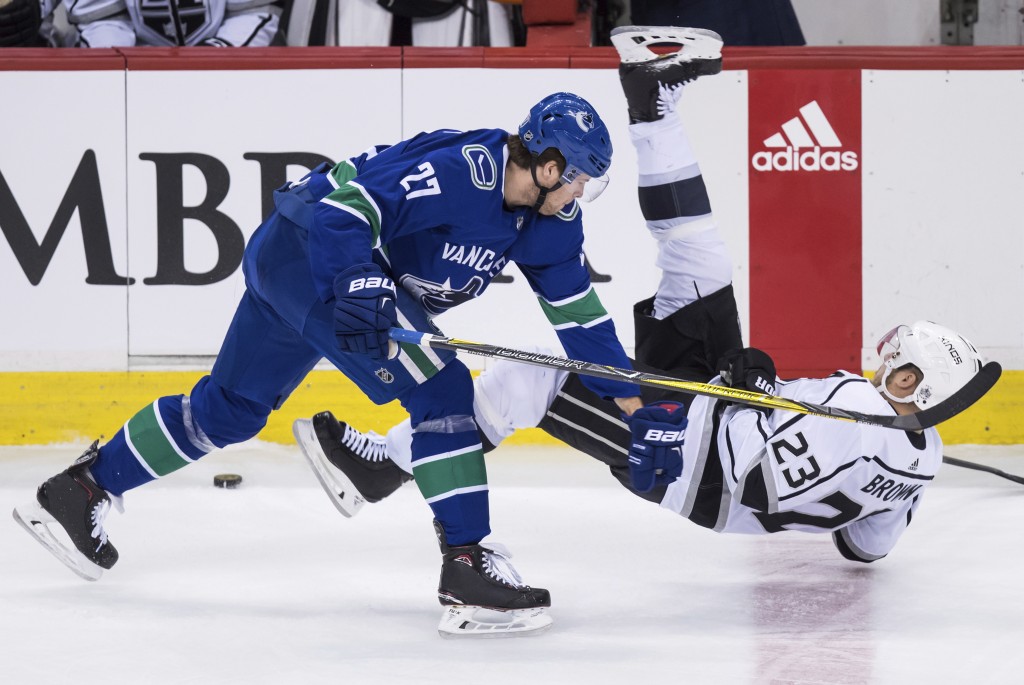 Kyle Clifford scored the tying goal 2:22 into the third to set up Doughty's winner, and Tyler Toffoli and Marian Gaborik also scored for Los Angeles. Jonathan Quick made 22 saves.

The Kings improved to 3-3-2 since an eight-game winning streak, while the Canucks dropped to 2-8-1 over their past 11.

After the teams exchanged goals early in the third, Doughty picked up the puck after his initial shot was blocked by defenseman Alexander Edler, then ripped his seventh of the season at 6:49. Victimized by Goldobin on his goal late in the second, the Kings' star blue liner swung his arm in celebration along the boards with teammates as the Canucks fumed at the officials, apparently angry that the Kings had too many men on the ice — a grievance that appeared to be backed by replays.

Sam Gagner, who had two goals and an assist in Vancouver's 5-2 victory over Chicago on Thursday, rang a shot off the crossbar midway through the period that bounced down in the crease and stayed out.

Markstrom kept the Canucks alive with a big stop on Toffoli, but Vancouver couldn't find a way past Quick.

The home side grabbed a 3-2 lead 41 seconds into the third when Dowd, who was acquired from Los Angeles on Dec. 7, finished on a 2-on-1 rush by beating Quick with his first.

The Kings replied just 1:41 later when Trevor Lewis circled back off the rush before laying the puck in front to Clifford, who eventually banged home his first.

Stecher put Vancouver ahead 4:31 into the first, but Toffoli and Gaborik scored a minute apart later in the period to make it 2-1 Kings. Gaborik's goal came on the power play.

Goldobin tied it late in the second period by toe-dragging around Doughty and moving into the slot before unleashing a backhand that fooled Quick.

NOTES: Canucks rookie Brock Boeser, who leads all NHL rookies as well as his team in goals (21) and points (38), entered having scored in four straight games. He failed to get on the scoresheet against Los Angeles.