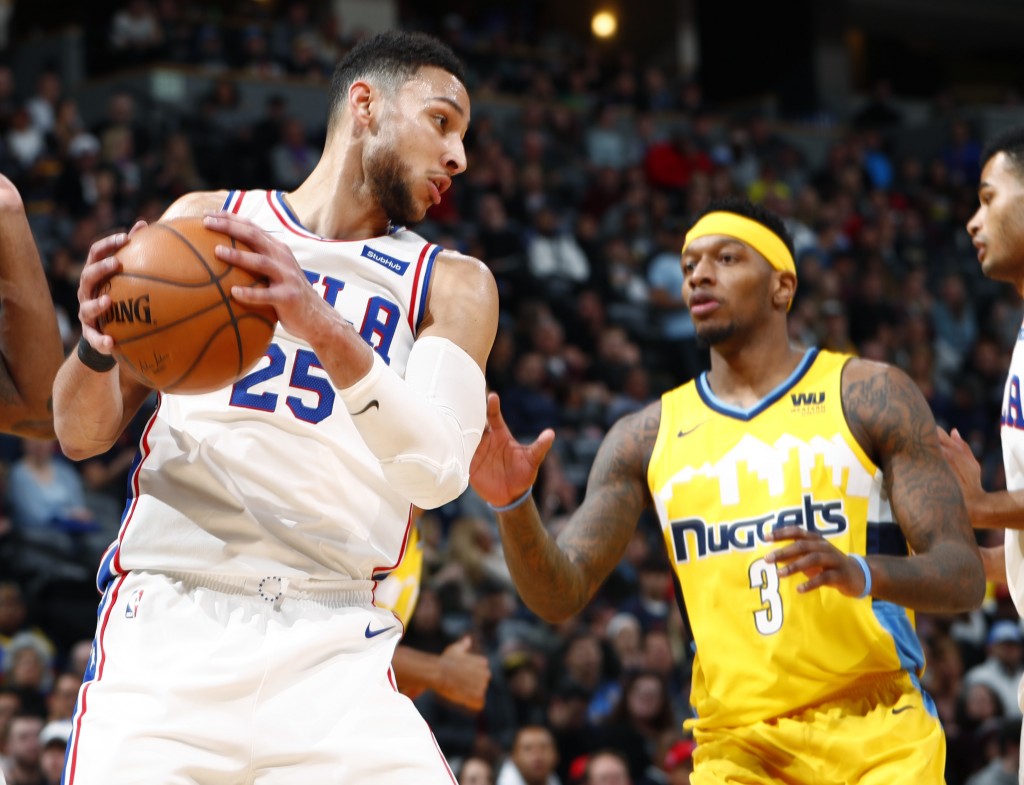 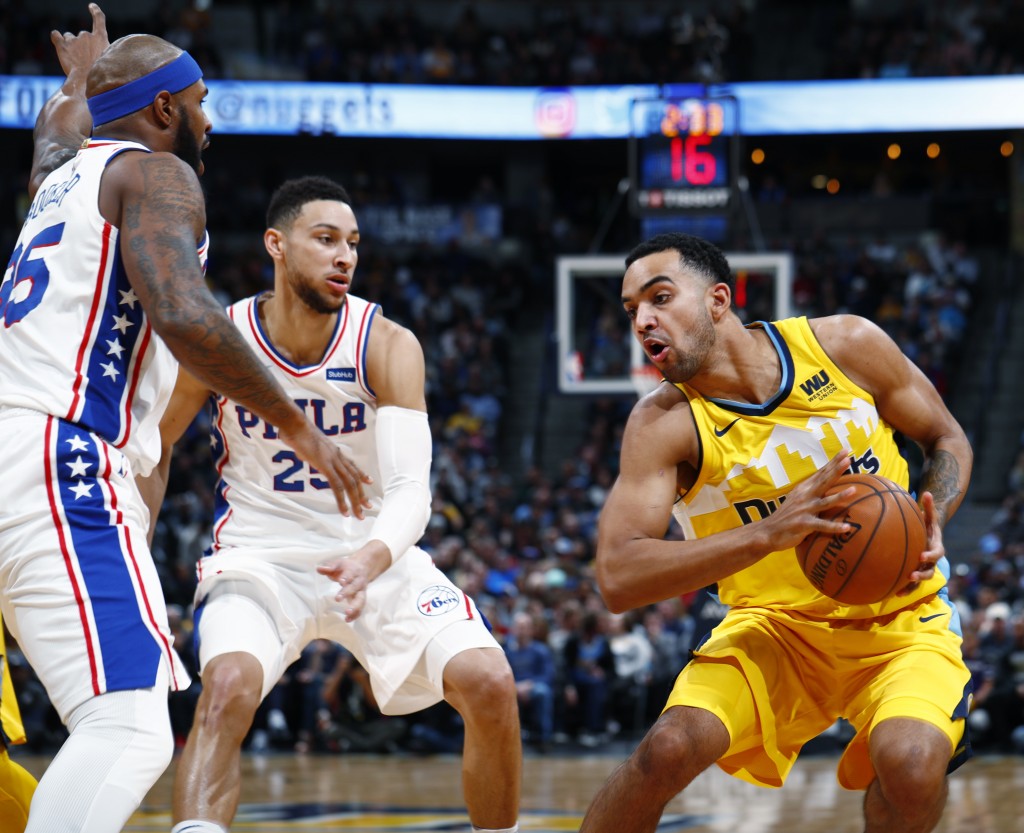 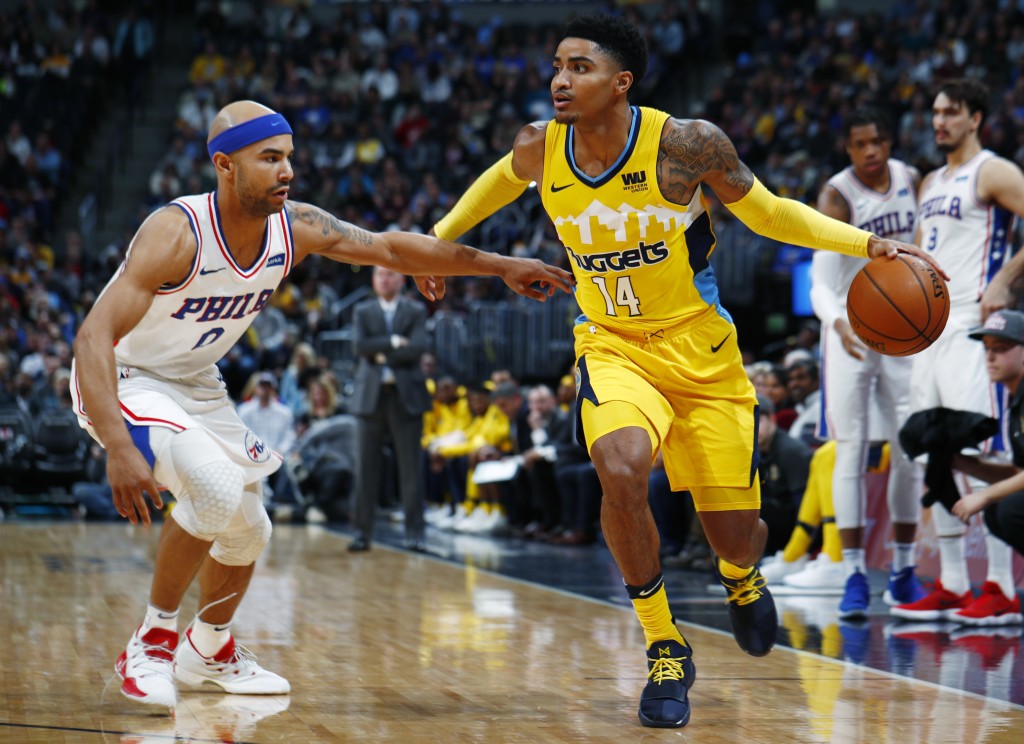 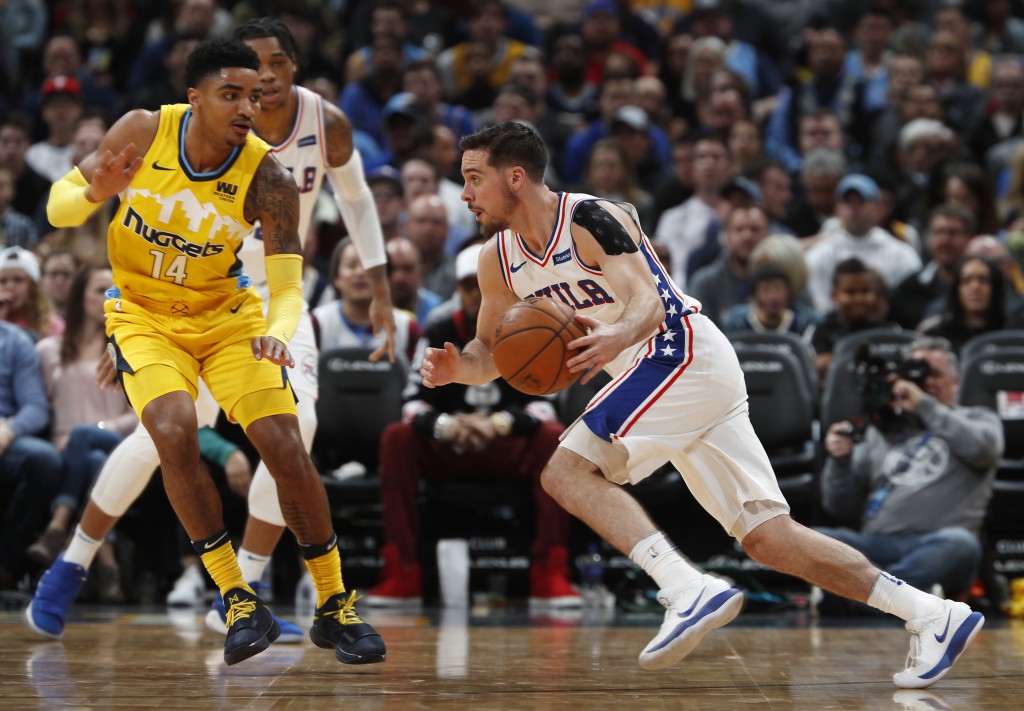 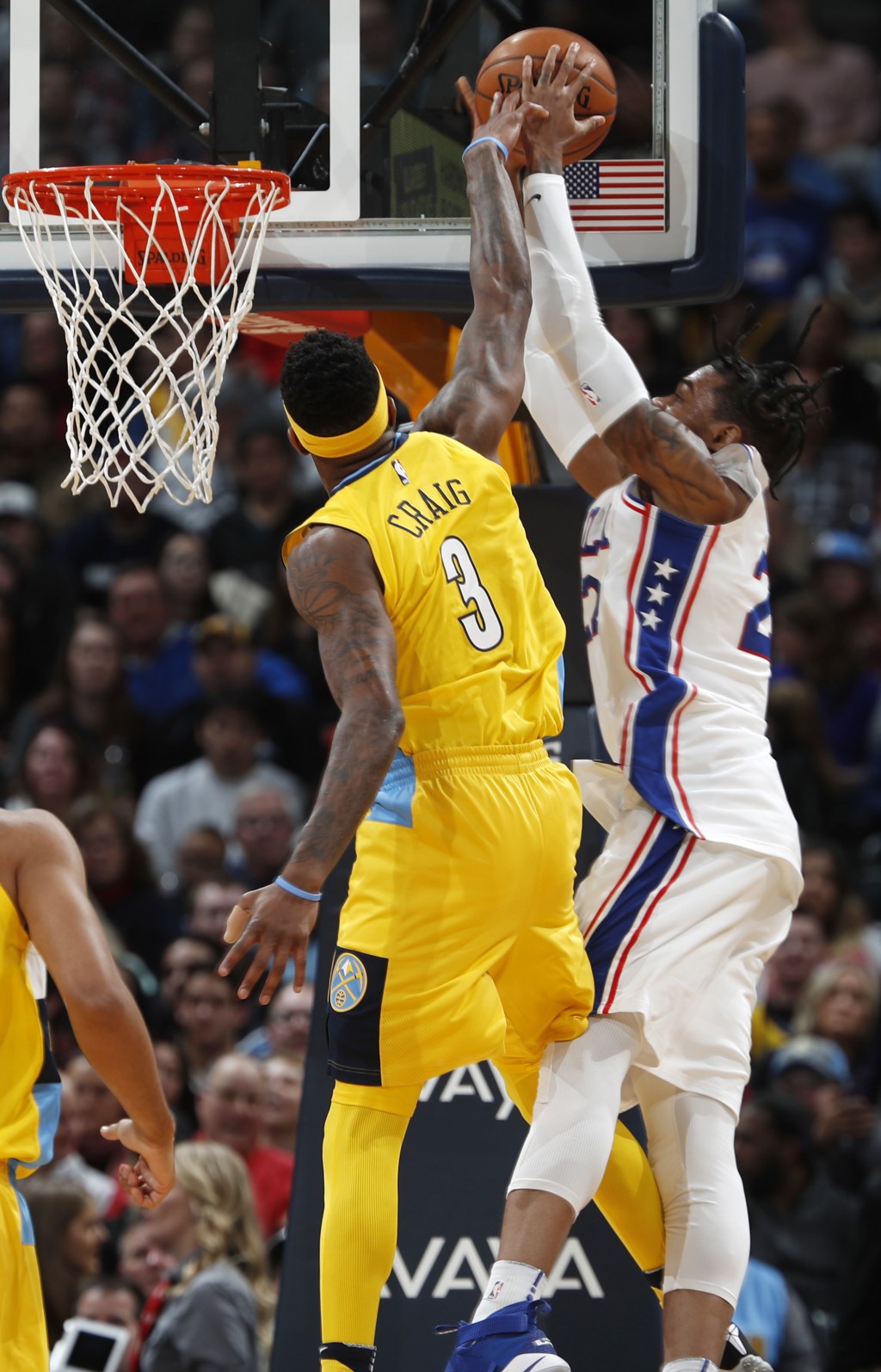 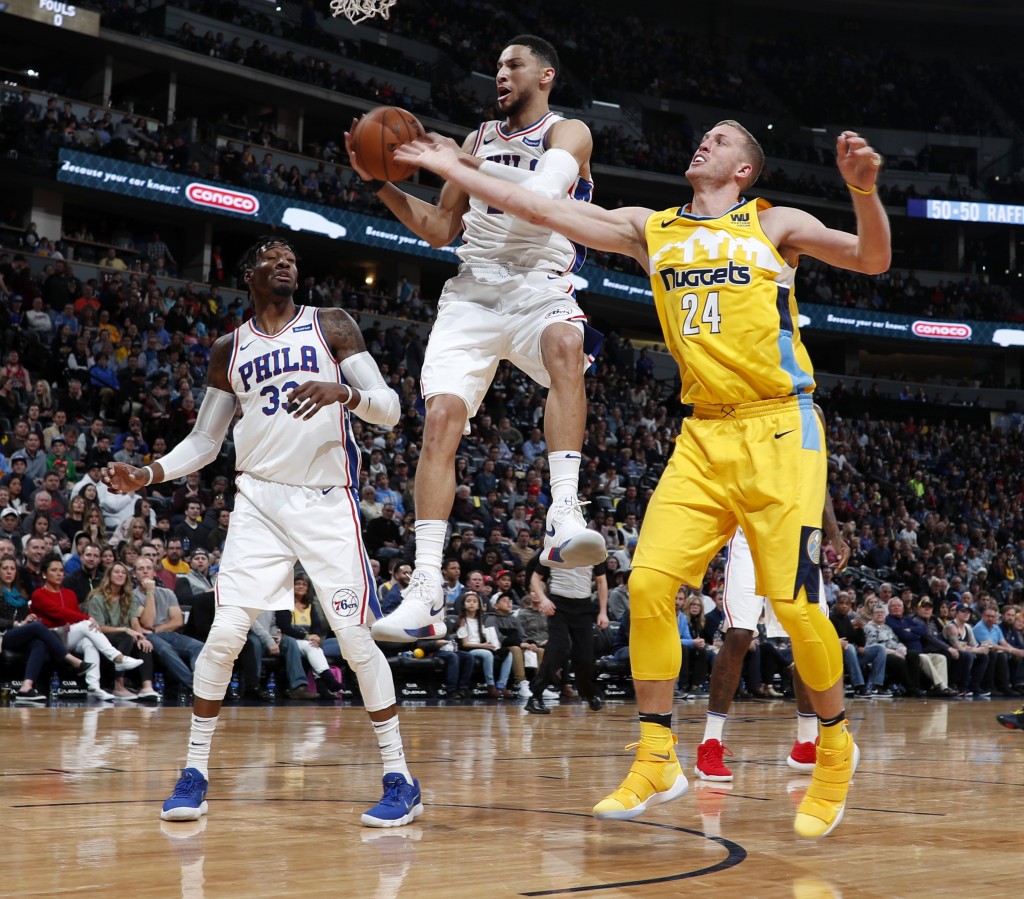 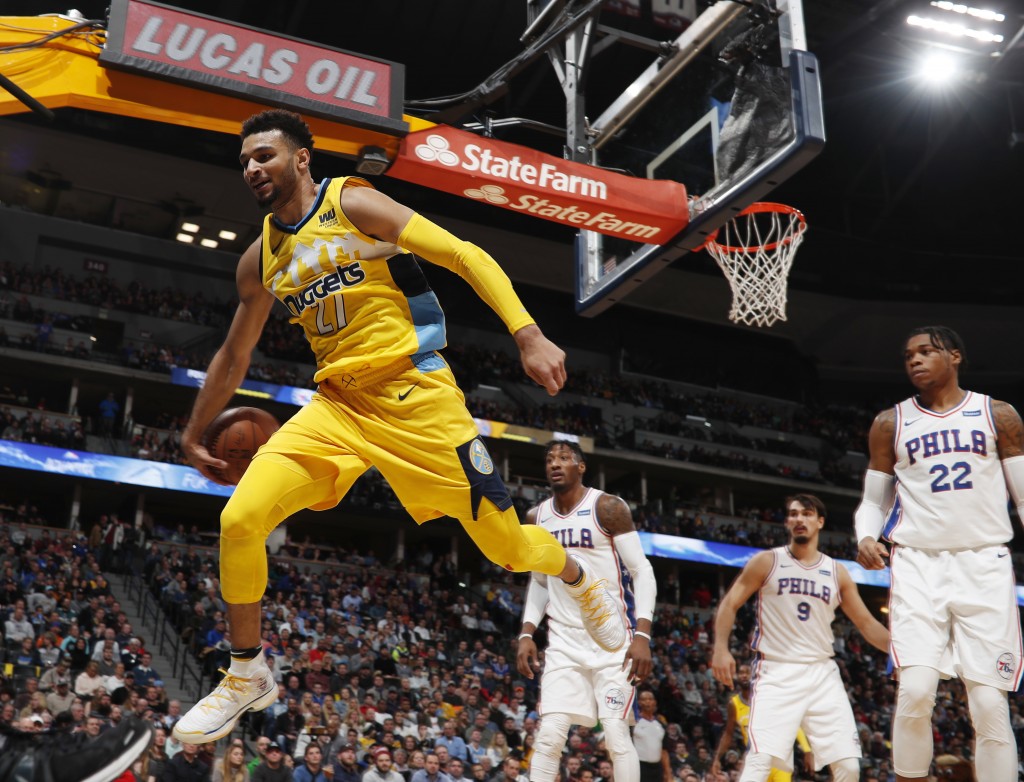 DENVER (AP) — Dario Saric had 20 points and nine rebounds and keyed a second-half run to lead the Philadelphia 76ers over the Denver Nuggets 107-102 on Saturday night.

JJ Redick had 18 points, Robert Covington had 15 points and 10 rebounds and Jarrod Bayless scored 14 points for the 76ers.

Philadelphia played without star center Joel Embiid, who flew directly from Portland to Phoenix, where the team will join him for Sunday's game. Embiid is averaging 24 points and 11 rebounds per game. The 76ers are 2-7 when he does not play.

Jamal Murray led Denver with 31 points and had eight rebounds; Nikola Jokic had 19 points, 13 rebounds and six assists; and Gary Harris had 17 points.

The Nuggets looked like they had control with 11 straight points to start the third to go up 72-58, but Philadelphia responded with a 25-4 run to lead 83-76. Trey Lyles gave Denver some momentum with a 37-foot 3-pointer at the buzzer to cut the deficit to three.

Bayless sparked Philadelphia with eight points in the first 1:06 of the fourth for a 91-80 lead.

Jokic got Denver within 103-100 with two free throws with 1:01 left, and after Bayless missed on the other end, the Nuggets had a chance to tie. Will Barton missed a 3-pointer with 25 seconds left, and Philadelphia called a timeout after Saric grabbed the rebound.

Covington drained two fouls shots with 19.5 seconds left to put the Sixers ahead by five and clinched it with a dunk after Murray hit two free throws.

Sixers: Covington had his left middle finger taped but was able to play. He was listed as doubtful after the morning shootaround but got treatment and started. ... The Sixers improved to 9-10 on the road. ... Richaun Holmes had 14 points off the bench.

Nuggets: Denver had four players in double figures by halftime. Murray led the way with 18. ... The Nuggets finished December 6-7 and failed to have consecutive winning months for the first time since 2012-13. ... Denver committed just four fouls in the first half.