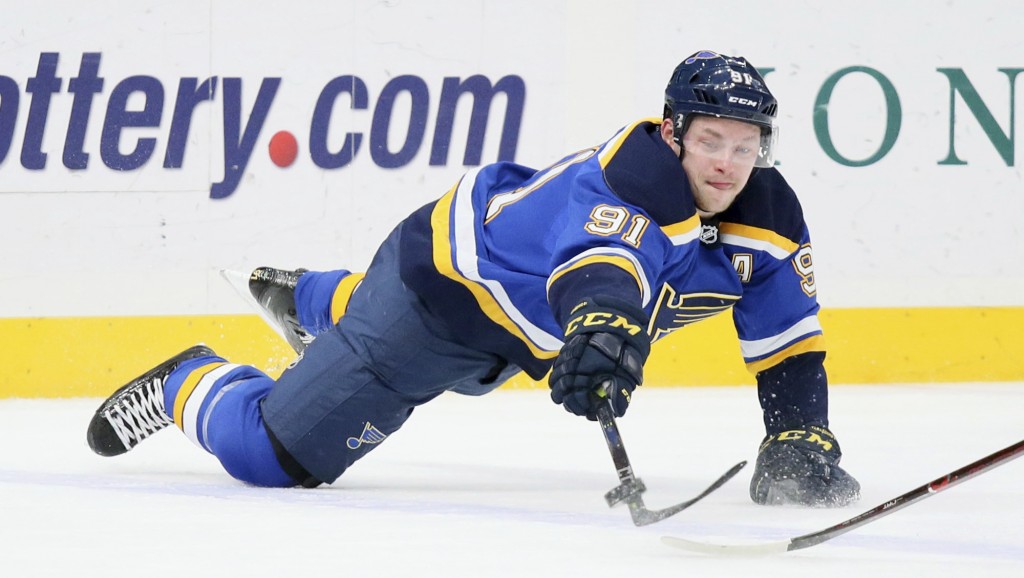 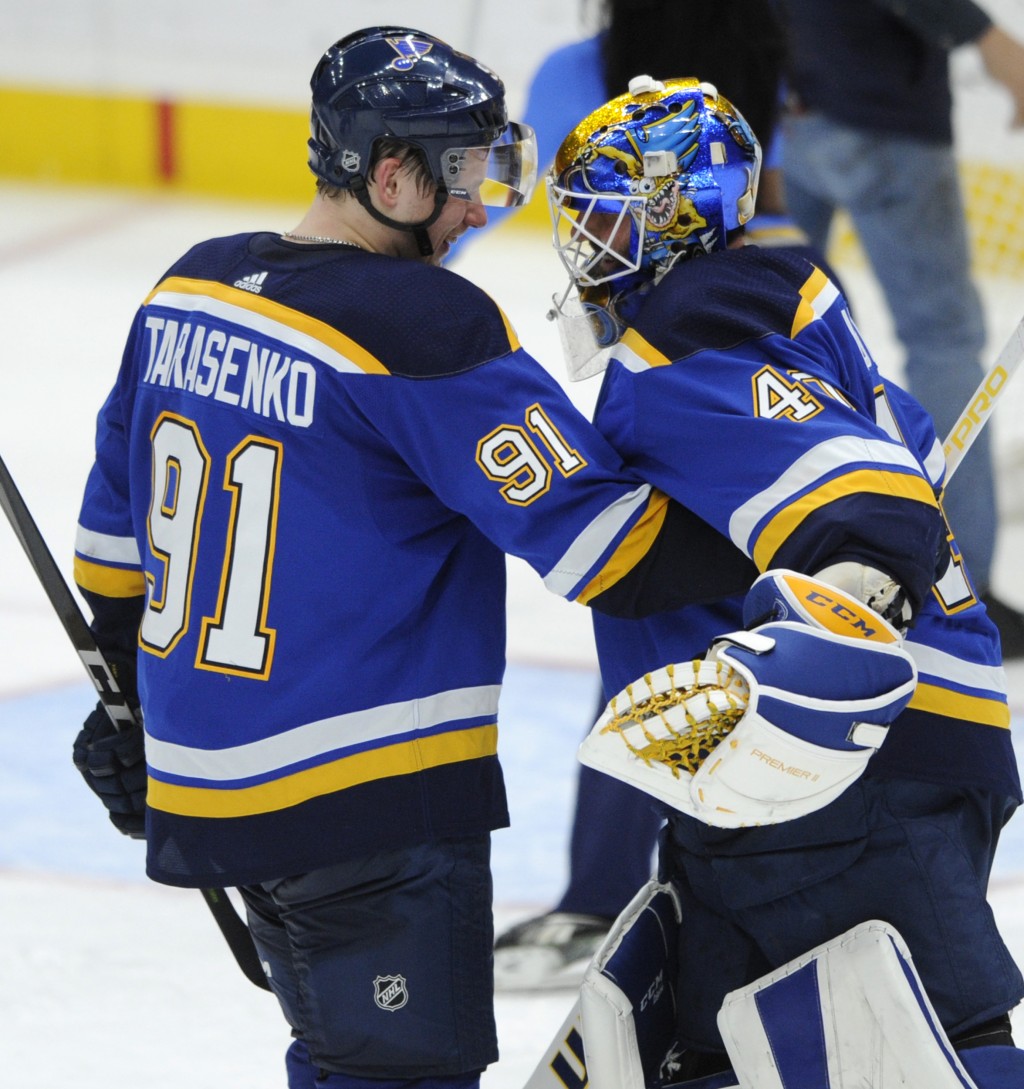 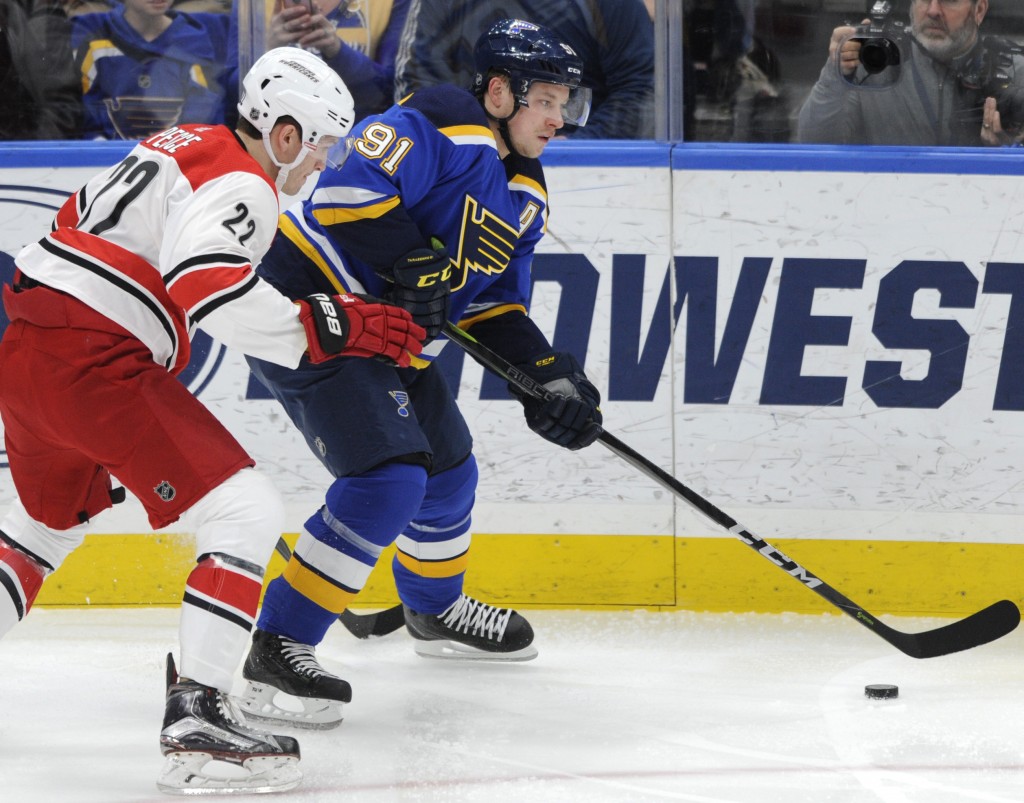 ST. LOUIS (AP) — Scottie Upshall broke a tie midway through the third period and the St. Louis Blues held off the Carolina Hurricanes 3-2 on Saturday night.

Upshall took a pass from Brayden Schenn and beat goalie Scott Darling between the legs for his sixth goal of the season and first in 11 games.

Kyle Brodziak and Partrik Berglund also scored for St. Louis, and Carter Hutton made 22 saves. The Blues won for the third time in 10 games and snapped Carolina's four-game winning streak.

Derek Ryan and Lucas Wallmark scored for Carolina. Darling stopped 26 shots in his first start since allowing eight goals in an 8-1 loss to Toronto on Dec. 19.

St. Louis opened the scoring at 43 seconds of the first. From behind the net, Alexander Steen found a wide-open Brodziak for a one-timer past Darling. Brodziak has seven goals this season.

The Blues made it 2-0 42 seconds into the second period. Alex Pietrangelo and Berglund executed a 2-on-1 to perfection, with Berglund burying Pietrangelo's pass past Darling for his sixth of the season.

Carolina cut it to 2-1 midway through the second on Ryan's ninth goal of the season. Ryan came out of the penalty box after a slashing penalty, catching the Blues off guard.

Wallmark scored his first NHL goal with 6:02 left in the period. Recalled from Charlotte of the American Hockey League, Wallmark was playing his first NHL game of the season and ninth overall.

NOTES: D Jay Bouwmeester returned to the Blues' lineup after missing nine games with a lower-body injury. The Blues made a corresponding move sending D Jordan Schmaltz to San Antonio of the AHL. ... The Hurricanes, who committed two penalties, came into the game as the least penalized team in the NHL with 104 penalties.