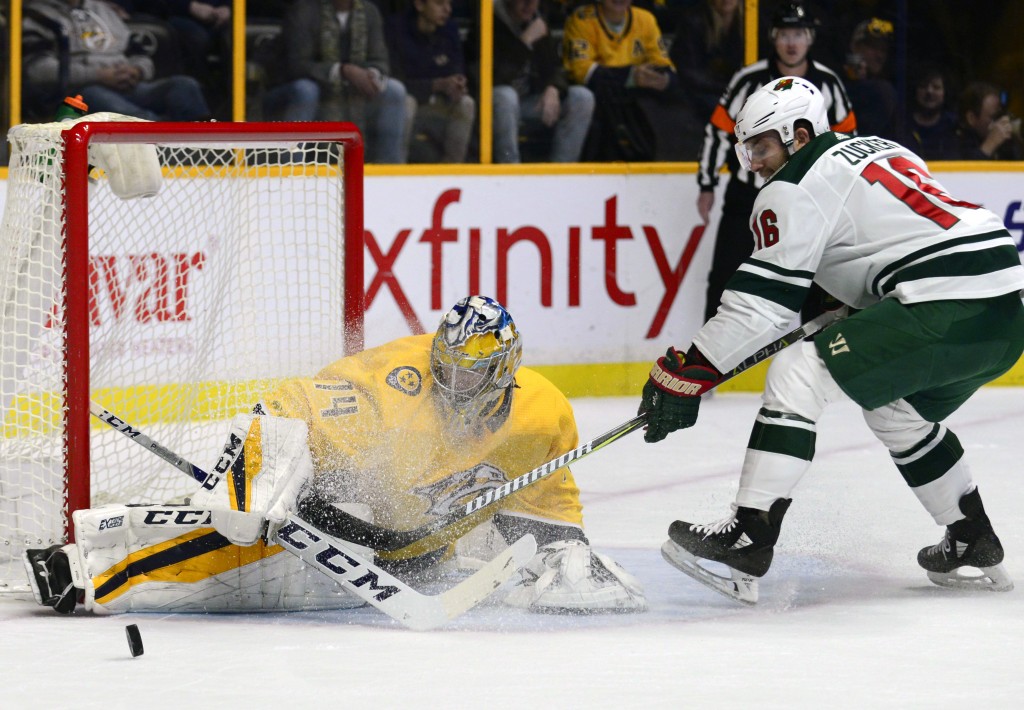 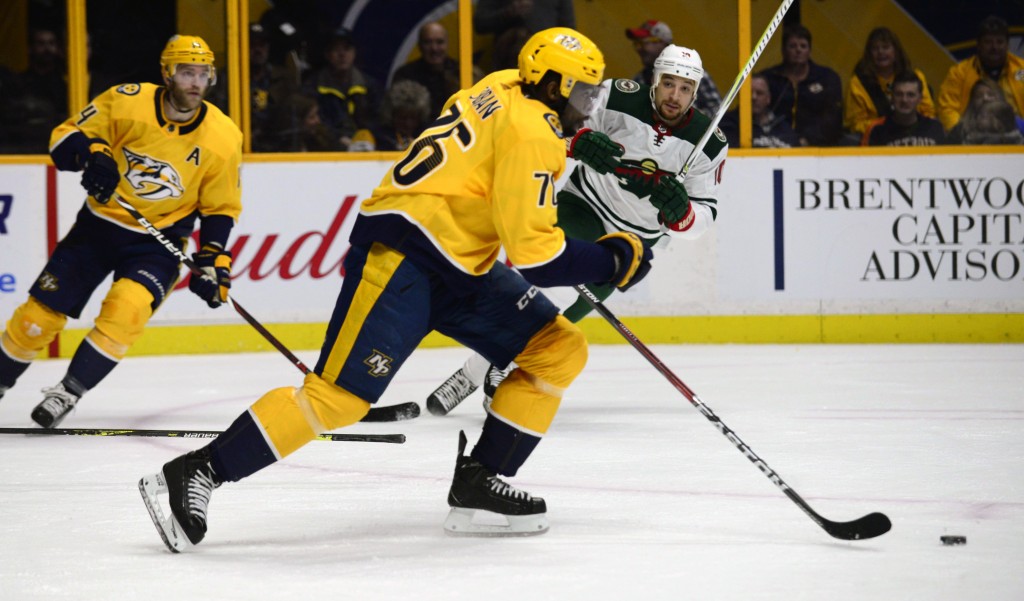 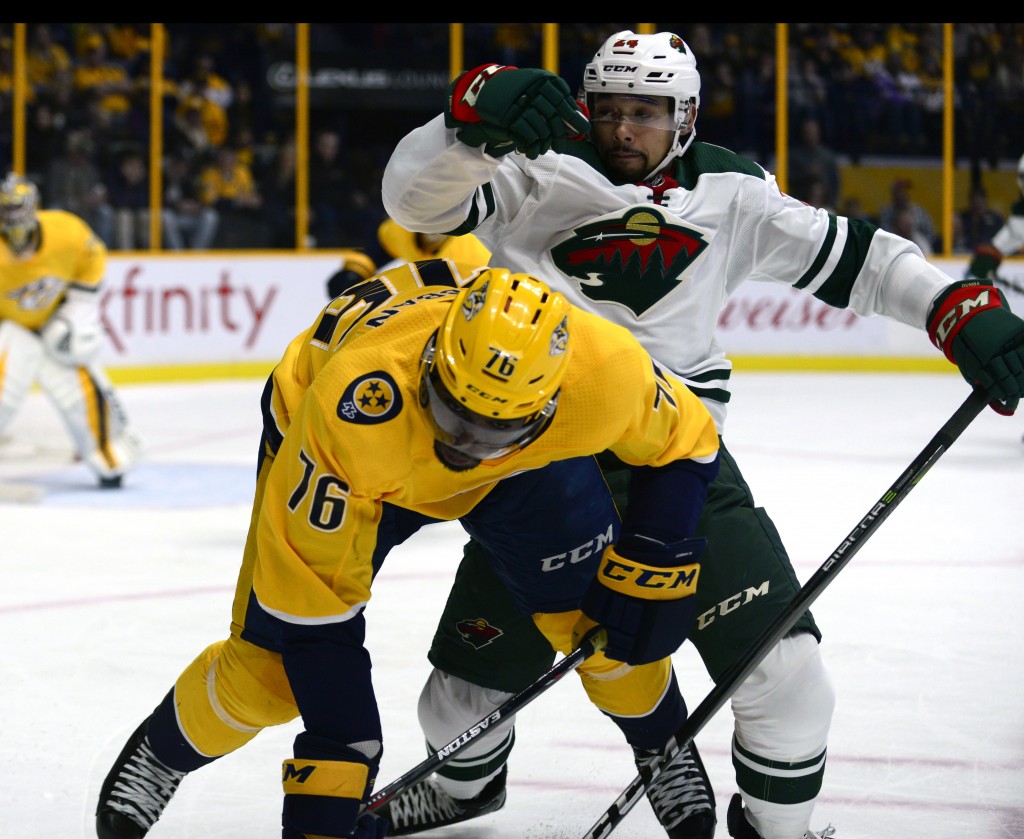 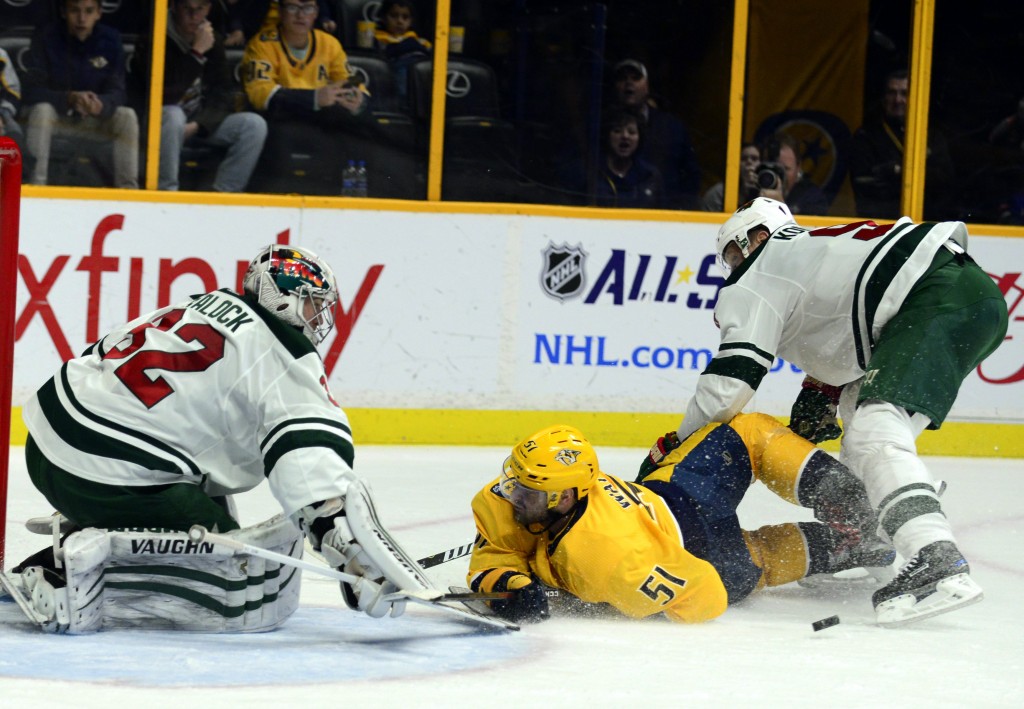 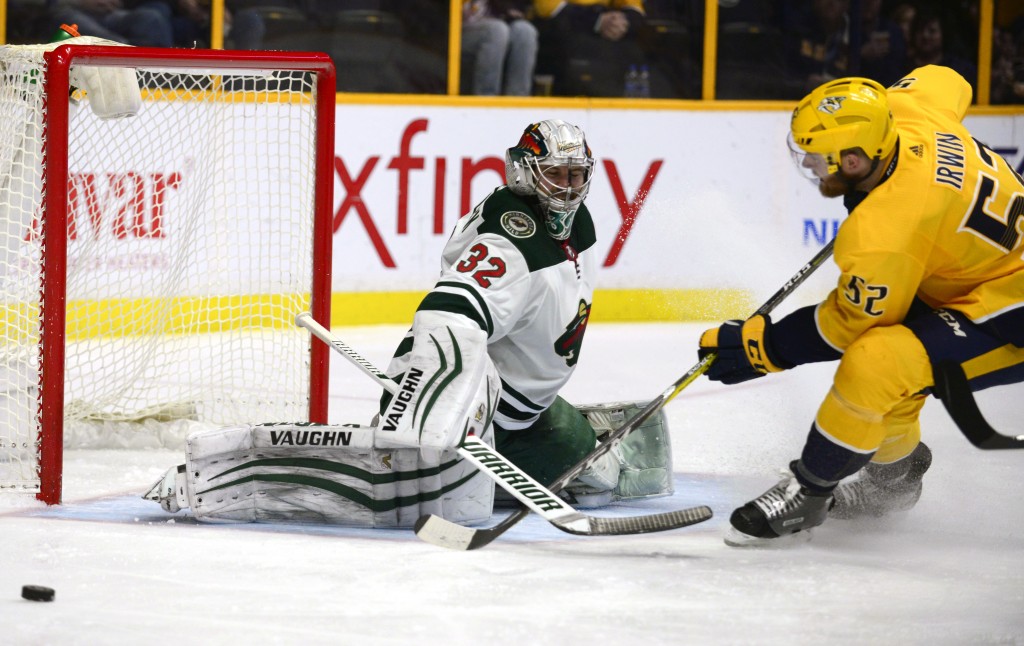 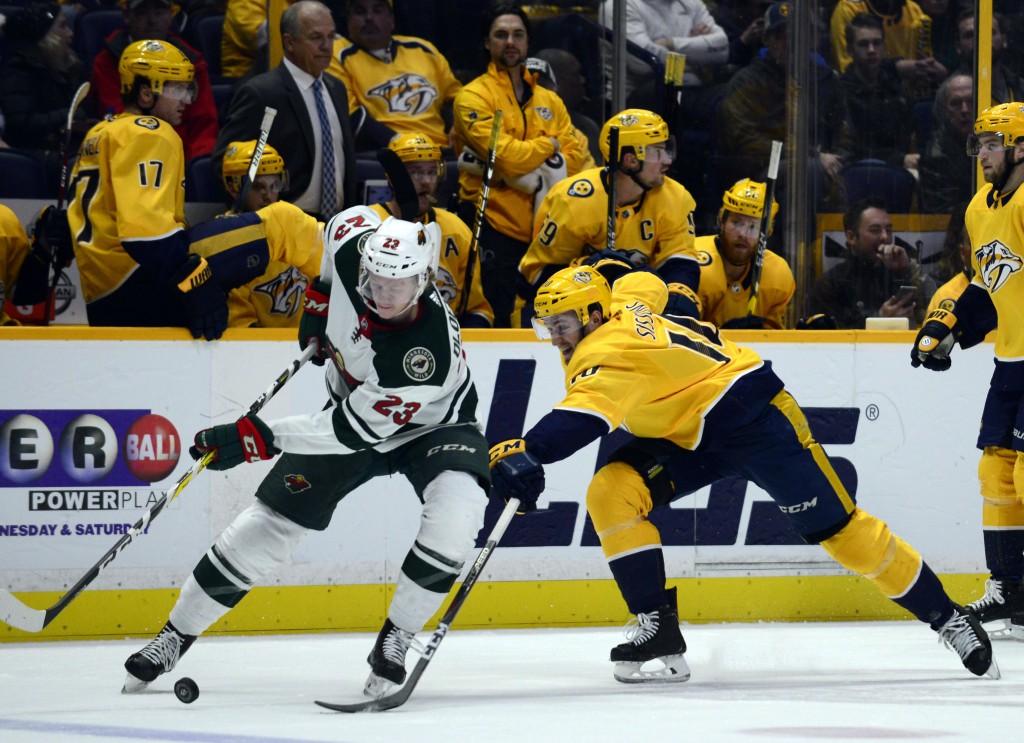 NASHVILLE, Tenn. (AP) — Juuse Saros made 29 saves for his second shutout this season, P.K. Subban scored his ninth goal and the Nashville Predators beat the Minnesota Wild 3-0 on Saturday night.

Subban also had an assist, and Scott Hartnell and Viktor Arvidsson also scored. Calle Jarnkrok had two assists for the Predators, who have won two of three.

Alex Stalock made 26 saves, and the Wild lost a night after beating Nashville in Minnesota.

Hartnell scored the game's first goal at 2:23 of the third period. Nick Bonino's shot from the right boards hit the side of the net, and Hartnell took possession of the puck and skated around the cage. From the left doorstep, Hartnell's wraparound backhand tipped off Stalock's blocker and in.

Hartnell was a healthy scratch Friday. This was his first goal since Nov. 3.

Subban made it 2-0 with a power-play goal at 7:50 of the third. With Matt Dumba in the box for tripping, Subban's slap shot from the center of the blue line deflected off the stick of Wild forward Zack Mitchell.

Arvidsson added an empty-net goal with 2:20 to go.

Saros was sharp all evening, with his best save coming with 8:59 remaining in the second when Gustav Olofsson came down the left side unchecked and fired a wrist shot that Saros turned aside.

Stalock stopped eight shots in the first and 11 in the second. He is 0-3-0 in his career against the Predators.

NOTES: Nashville LW Filip Forsberg missed the game with an upper-body injury. The Predators placed their leading goal scorer on injured reserve earlier Saturday. ... The Predators are 5-0-1 this season when the game is tied going into the third. ... Olofsson was scratched in Minnesota's last eight contests. ... The Wild have allowed one power-play goal against in their last three games.

Predators: At Vegas on Tuesday night.