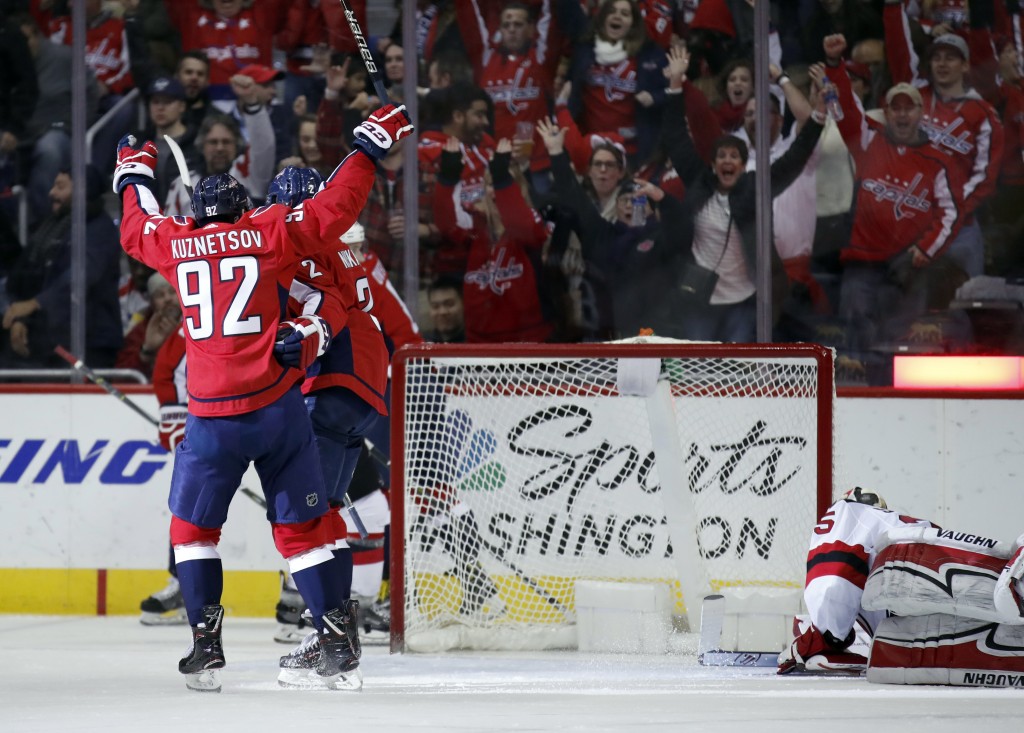 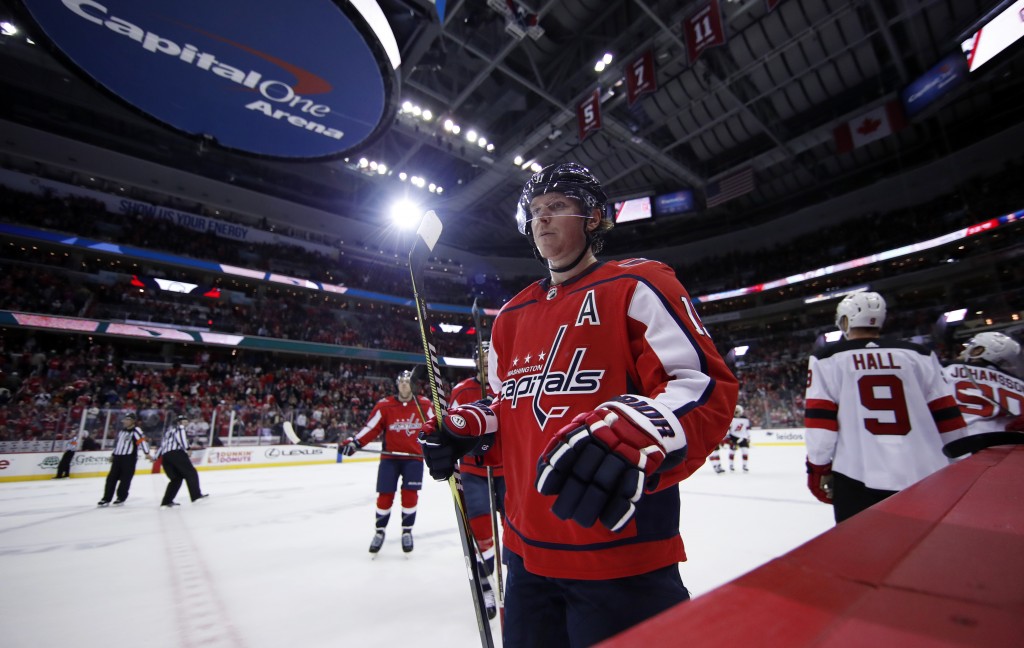 WASHINGTON (AP) — Nicklas Backstrom and John Carlson had a goal and two assists each, Alex Ovechkin had three assists and the Washington Capitals beat the New Jersey Devils 5-2 on Saturday night to move atop the Metropolitan Division.

Braden Holtby stopped 25 shots as Washington won its eighth straight home game. Christian Djoos had a goal and an assist, and Tom Wilson and Matt Niskanen also scored for the Capitals.

Marcus Johansson played in his first game as a visitor in Washington after seven seasons with the Capitals and assisted on both goals.

It's been a busy month for Reimer since starter Roberto Luongo was injured Dec. 4, and he capped December with another stellar show. He also beat Ottawa 1-0 a week ago with a 38-save effort.

Vincent Trocheck and Connor Brickley scored for the Panthers, who won their fifth straight game with Reimer in goal. Brickley also had an assist.

Carey Price made 32 saves for Montreal, which has lost four straight. The Canadiens have been held to one goal or fewer in four straight games.

Noel Acciari, David Krejci and Patrice Bergeron also scored for the Bruins, 5-1 winners over the Senators on Wednesday night in Boston. Rask had his second shutout of the season and 40th overall.

Mike Condon stopped 29 shots for the Senators. Ottawa was shut out five times in December, going 4-8-2 in the month. The Senators have been outscored 14-6 in their past three games.

Boston took a 4-0 lead in the second, scoring three goals on 13 shots.