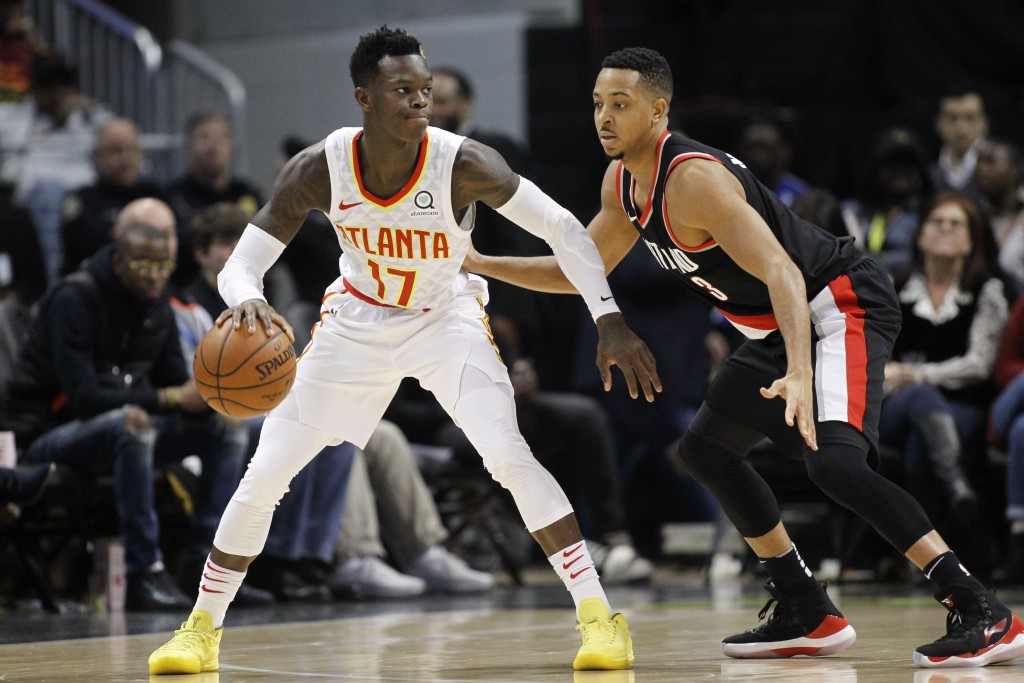 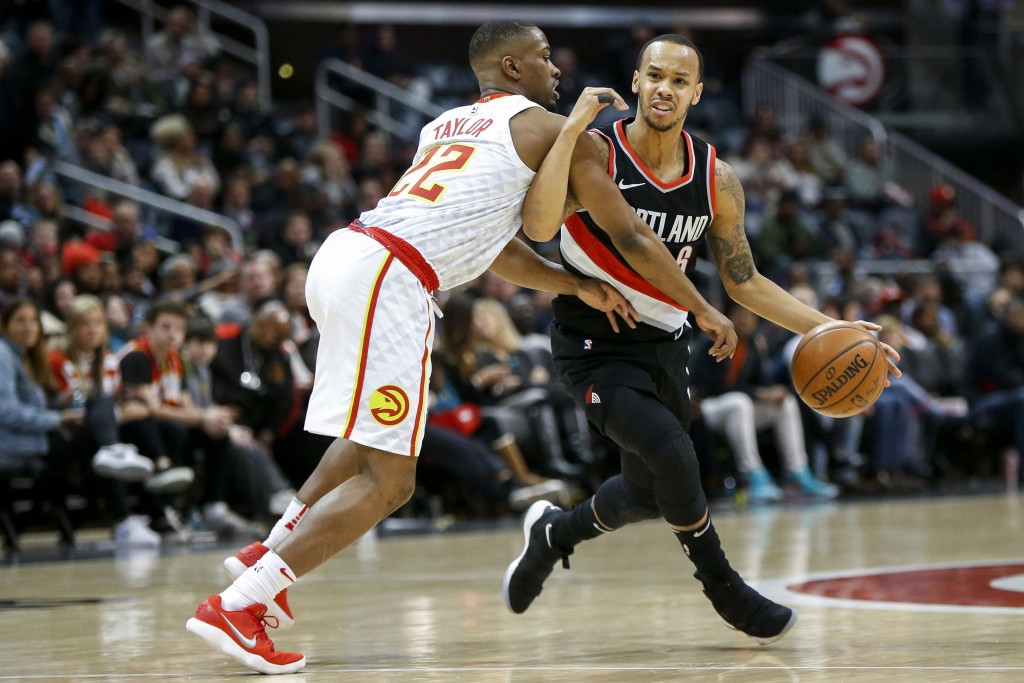 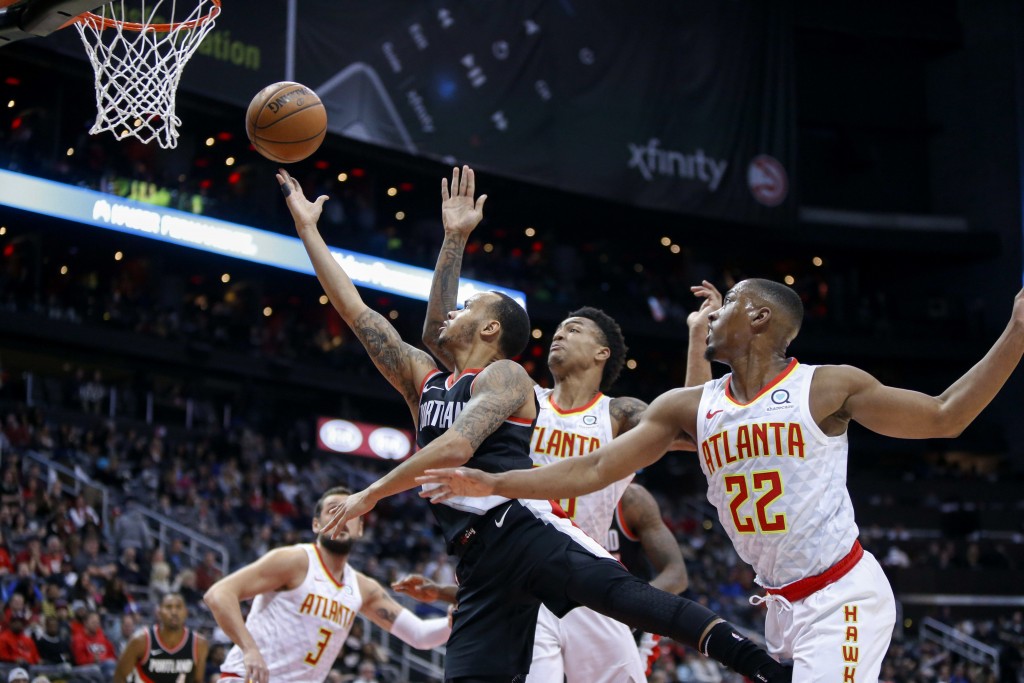 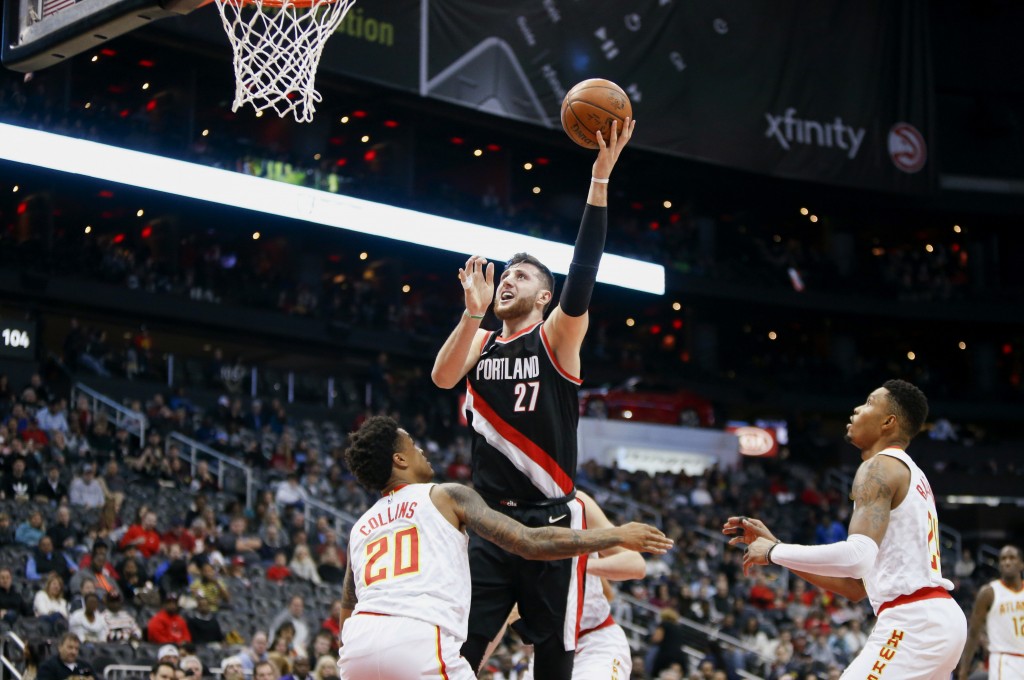 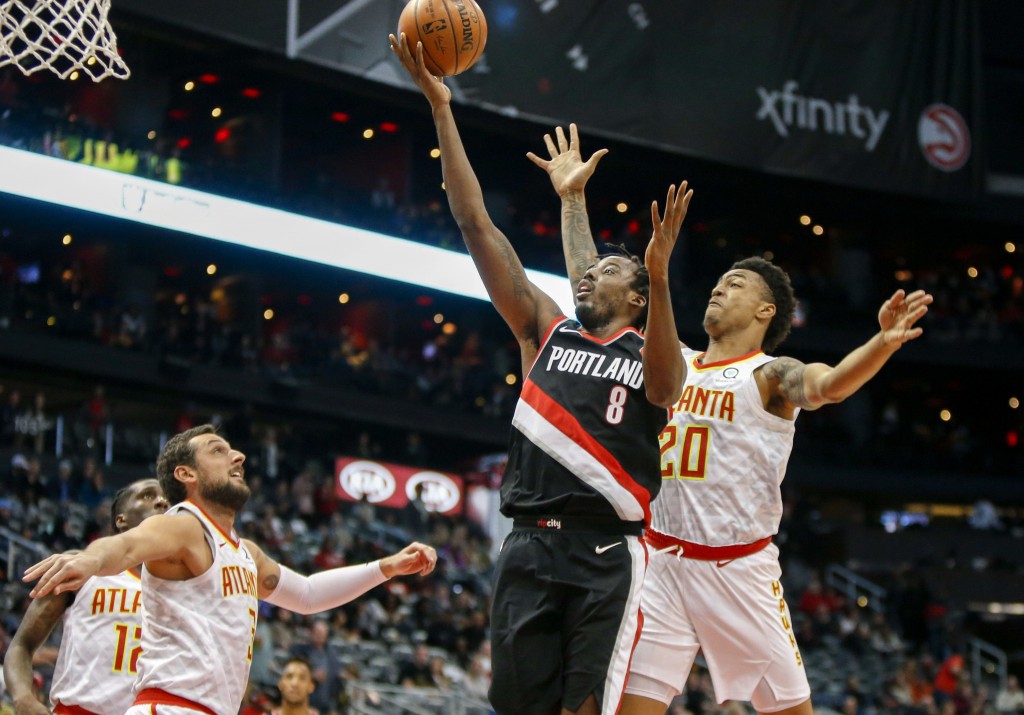 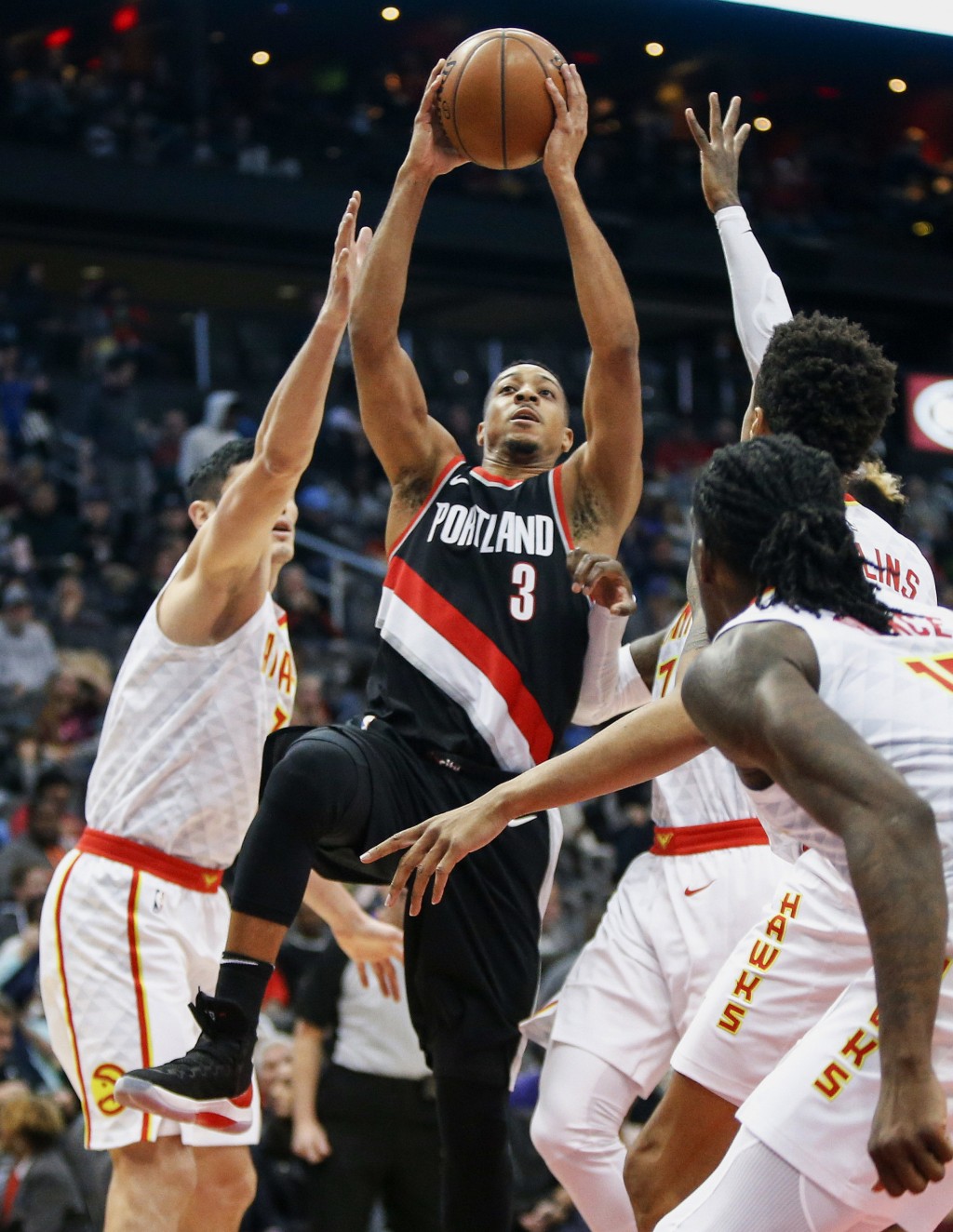 ATLANTA (AP) — Dennis Schroder scored 18 of his 22 points in the second half, Marco Belinelli added 14 points and the Atlanta Hawks beat the Portland Trail Blazers 104-89 on Saturday night.

Shabazz Napier finished with 21 points and CJ McCollum had 18 for Portland, which was coming off arguably its best win of the season, rallying Thursday from 18 down in the third quarter to beat Philadelphia.

The Blazers led Atlanta, the NBA's worst team, by 11 early in the third, but coach Terry Stotts called timeout at 3:47 mark of the period after Schroder's 3 put the Hawks up 67-66.

Atlanta went ahead 77-69 early in the fourth on Marco Belinelli's jumper. The lead swelled to 12 on John Collins' three-point play and to 13 on Ersan Ilyasova's 3 before Schroder's three-point play made it 95-80 with 4:51 remaining.

Stotts pulled all of his starters except Napier, who's filling in for Damian Lillard, for the final three-plus minutes.

Ilyasova and Tyler Cavanaugh had 13 points apiece, and Kent Bazemore and Taurean Prince each scored 12 for the Hawks (10-26). Atlanta became the last team to reach double digits in wins.

Trail Blazers: Portland outscored Atlanta 32-12 in the paint and trailed by three entering the fourth. With the defense breaking down and allowing several layups in the fourth, the Blazers were outscored 26-14 in the paint in the final period. ... Two nights after scoring a season-high 42 points in the fourth quarter of a win over Philadelphia, the Blazers had just 37 points in the second half. ... The bench was outscored 41-23.

Hawks: Atlanta has won three straight at home for the first time this season. ... Schroder played a team-high 33 minutes despite a left quad contusion. ... After scoring a career-high 30 points in a lopsided loss at Toronto, Prince finished with 12 points but took just eight shots in 31 minutes. Prince went 4 of 7 beyond the arc and had 10 rebounds.

Hawks coach Mike Budenholzer said he and Raptors coach Dwane Casey have settled their differences after they openly argued at the end of Atlanta's 111-98 loss Friday at Toronto.

With the Hawks dribbling out the clock, Budenholzer was annoyed when Raptors rookie OG Anunoby stole the ball and dunked with 17 seconds left. He yelled at Anunoby, Casey yelled at Budenholzer and Budenholzer yelled back at Casey with the coaches exchanging profanities. They refused to speak after the game, but Budenhozler was satisfied to settle the situation Saturday.

"I've exchanged texts with Dwane," Budenholzer said. "I've apologized. They play hard. I have a lot of respect for Dwane. It's really kind of a non-issue, to be honest with you."

Trail Blazers: Visit Chicago on Monday and Cleveland on Tuesday.