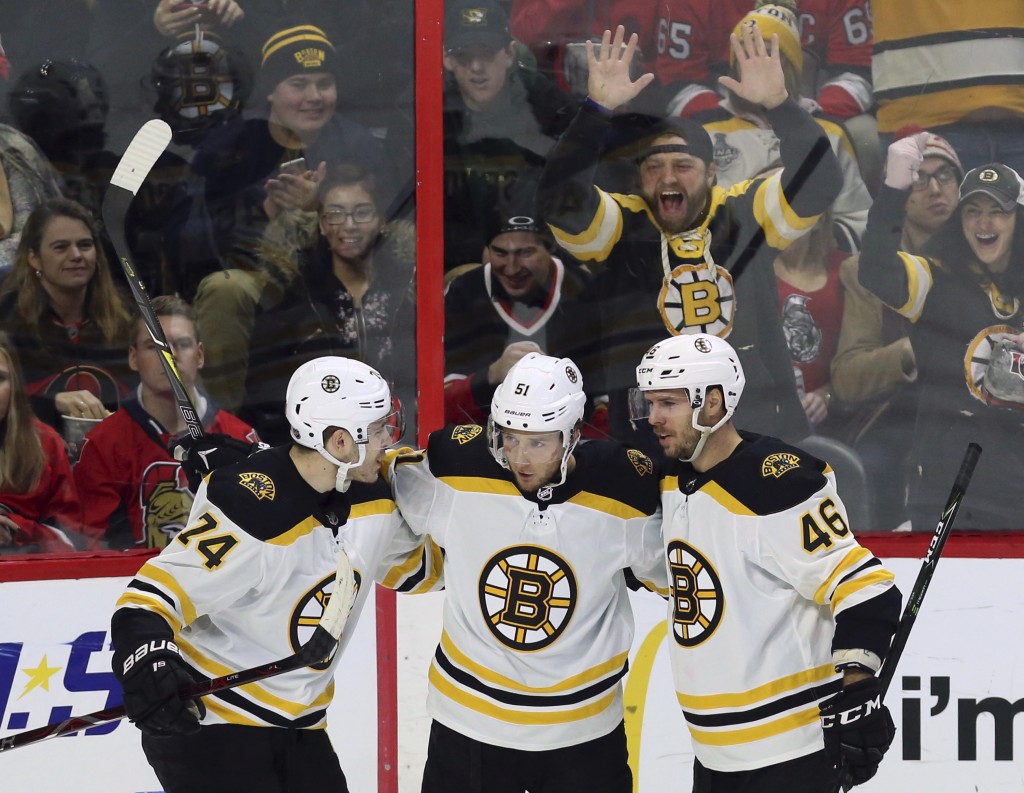 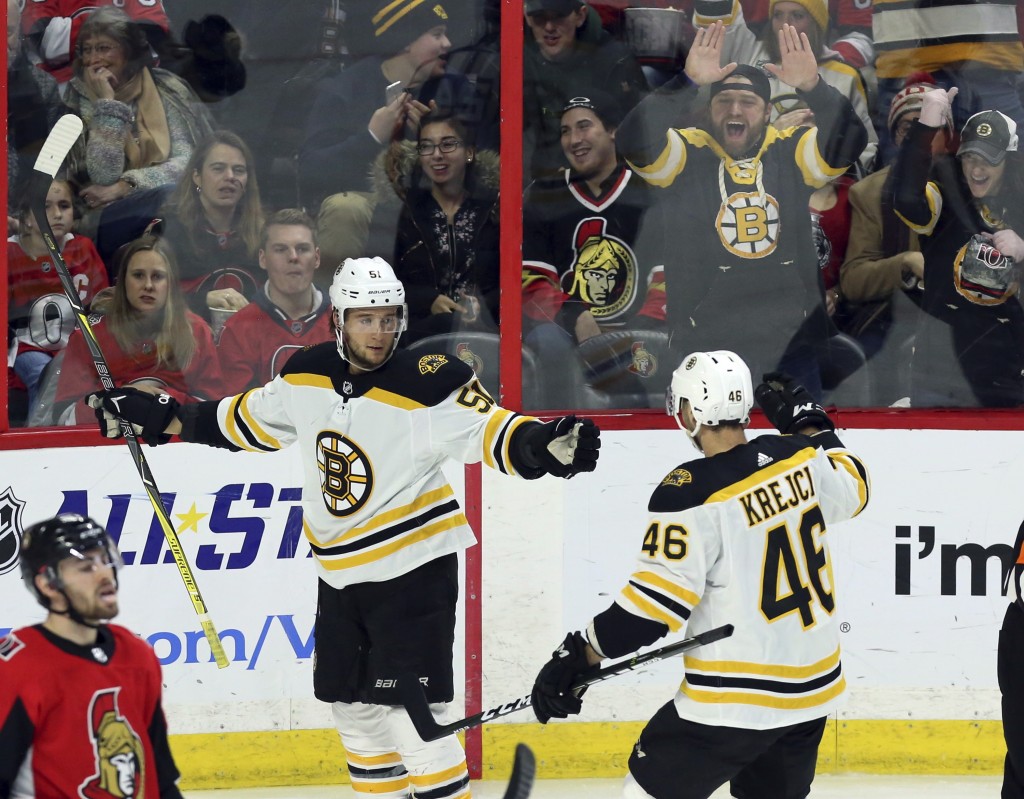 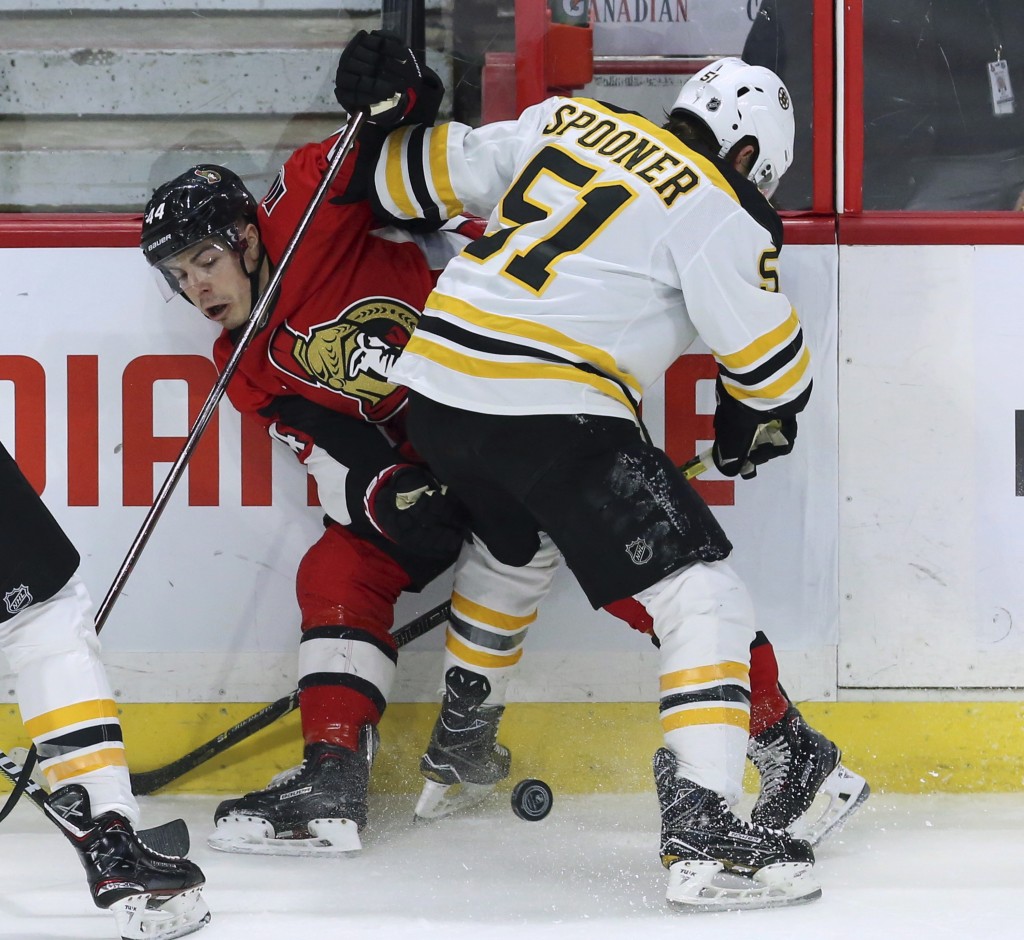 Noel Acciari, David Krejci and Patrice Bergeron also scored for the Bruins, 5-1 winners over the Senators on Wednesday night in Boston. Rask had his second shutout of the season and 40th overall.

Mike Condon stopped 29 shots for the Senators. Ottawa was shut out five times in December, going 4-8-2 in the month. The Senators have been outscored 14-6 in their past three games.

Boston took a 4-0 lead in the second, scoring three goals on 13 shots.

Sean Kuraly provided a screen for Acciari, who beat Condon off his backhand for a 2-0 advantage. Just over two minutes later, Ben Harpur, looking to shoot the puck in at the blue line, had his shot picked off by Spooner, who broke in alone and beat Condon through the legs.

Krejci, returning to the lineup after missing six games with an upper-body injury, then picked up Charlie McAvoy's rebound and tucked it in at the side of the net on the power play. The Bruins took a 5-0 lead in the opening minutes of the third when Bergeron tipped Torey Krug' shot for their third power-play goal of the game.

The Bruins opened the scoring at 8:13 of the first on the man advantage. After a couple of solid saves by Condon, a rebound popped right out to Spooner.

Senators: At Detroit on Wednesday night.