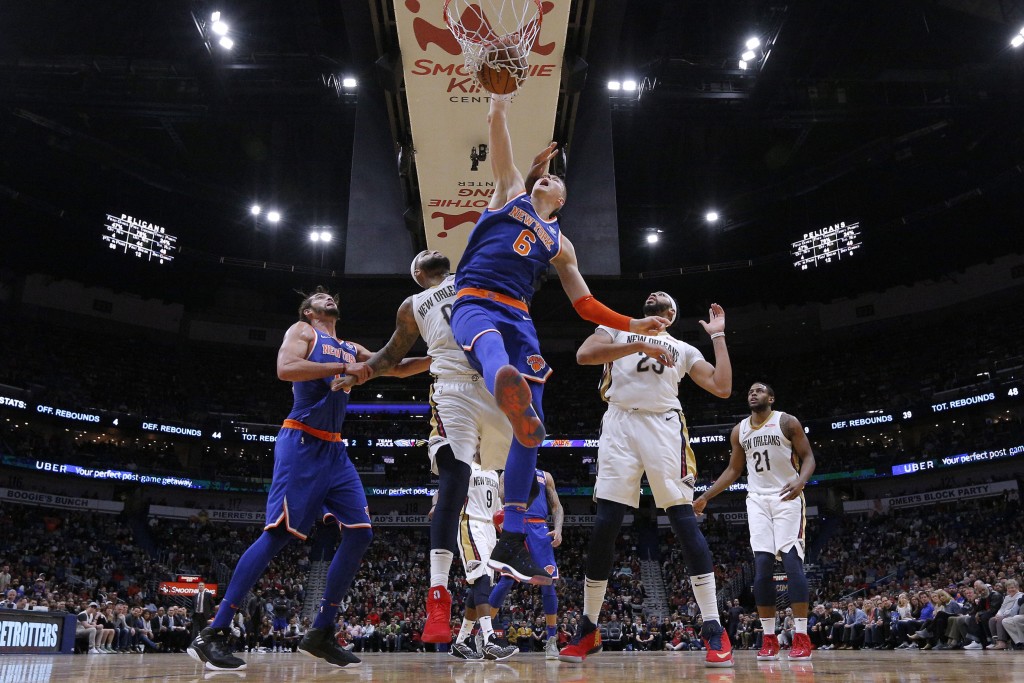 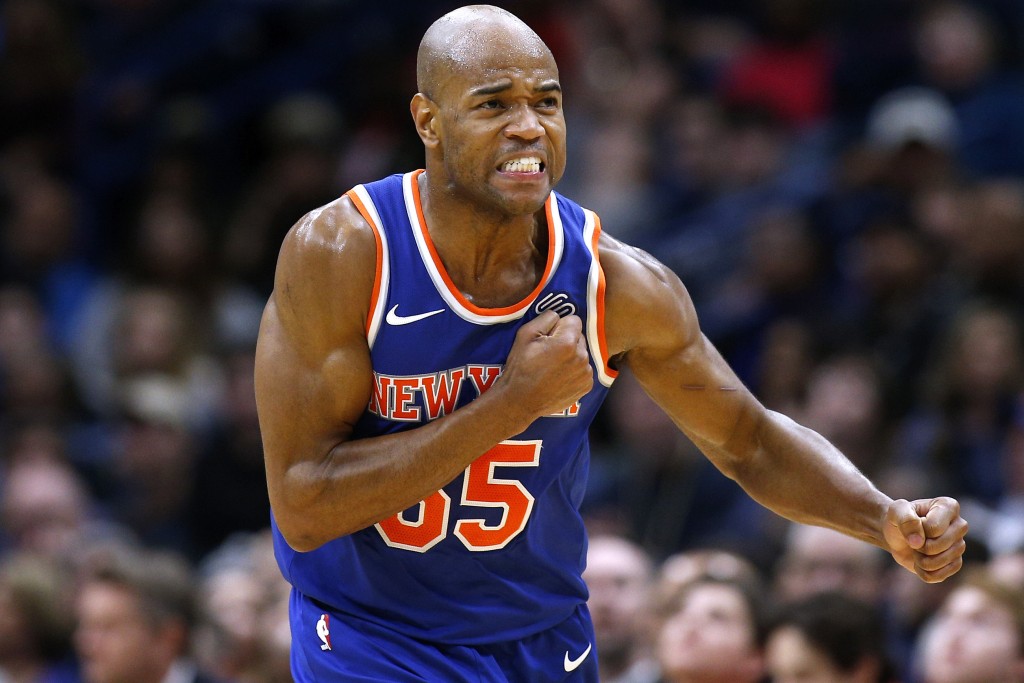 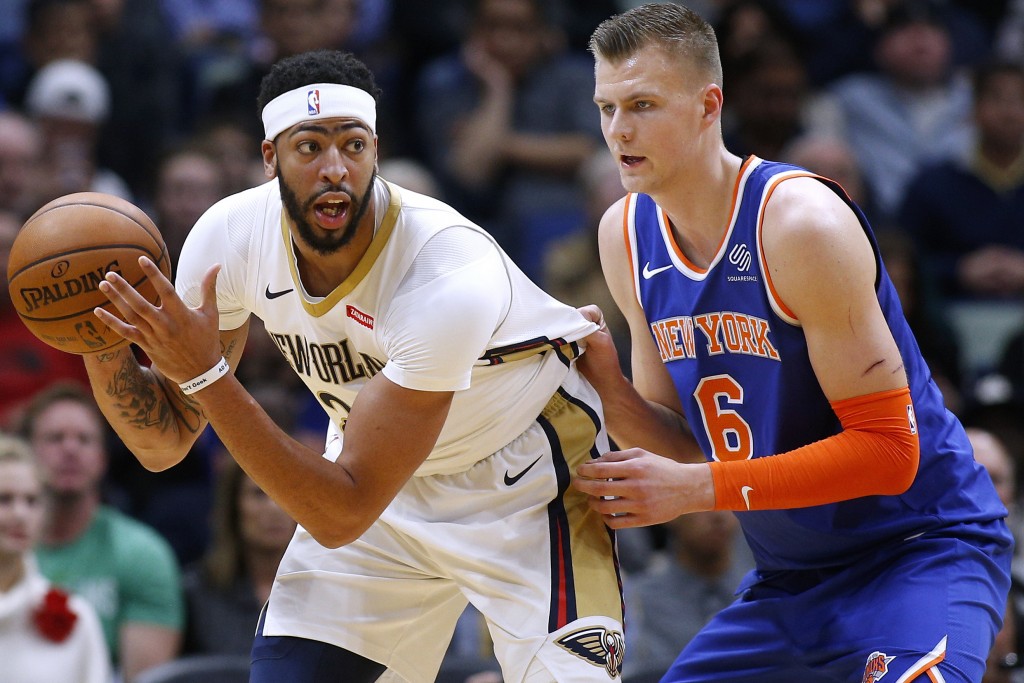 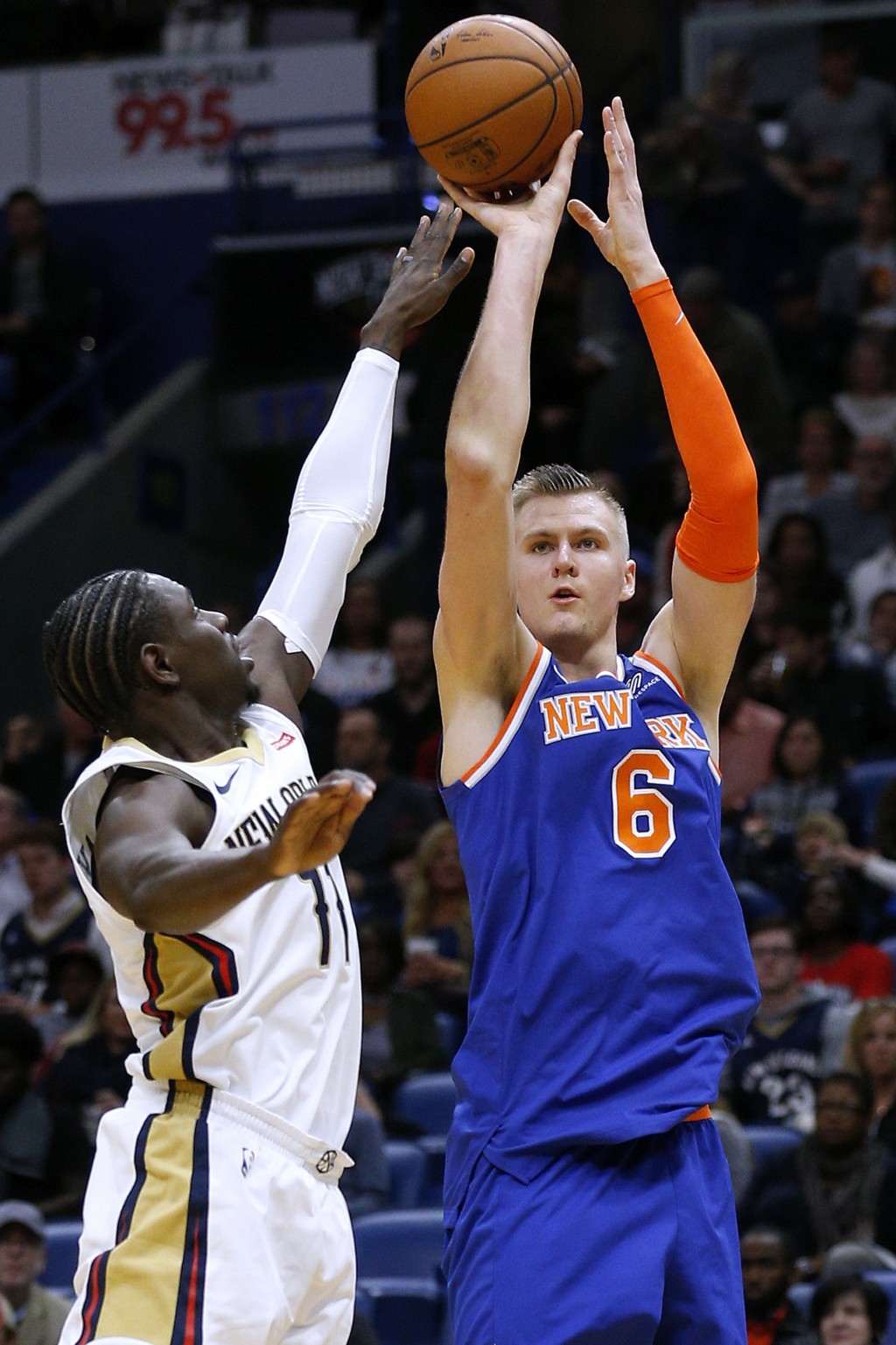 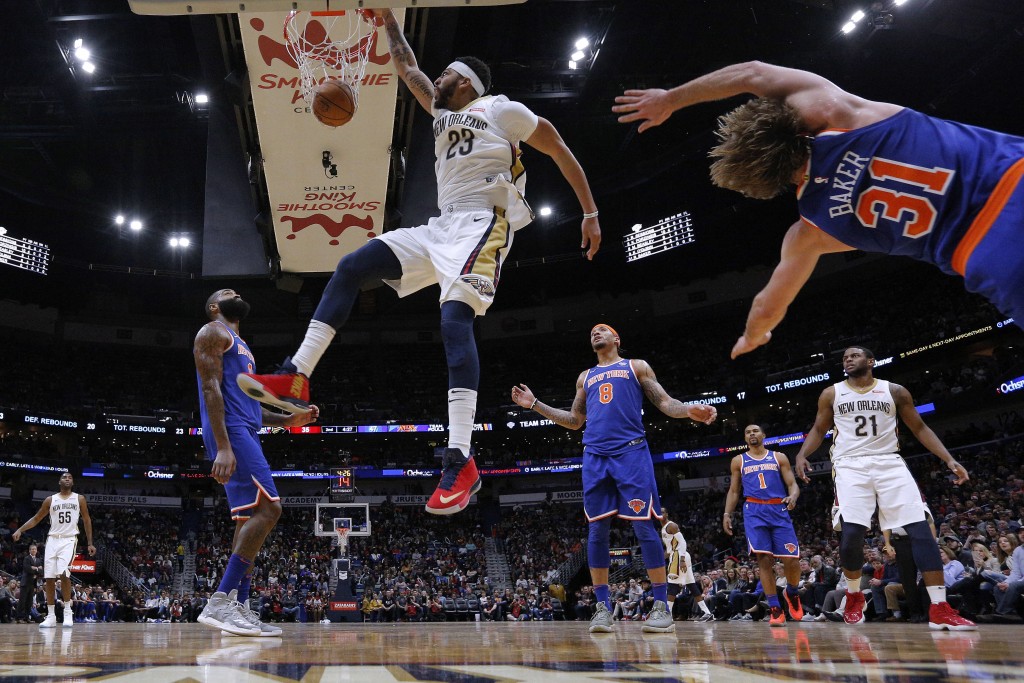 Jack finished with 15 points, and Michael Beasley scored 15 off the bench for the Knicks, who snapped a season-worst four-game losing streak.

Anthony Davis had 31 points and nine rebounds for the Pelicans and missed a 3-pointer just before the final buzzer. DeMarcus Cousins had 29 points and 19 rebounds, Jrue Holiday scored 13 and E'Twaun Moore had 12.

Cousins made a 3-pointer and scored on a drive to give New Orleans a 99-91 lead with 2:57 left before New York fought back.

Porzingis scored seven straight points to give the Knicks a 103-101 lead with 38 seconds left.

Cousins made two free throws to tie the score before Jack was fouled by Holiday while shooting from the lane.

Holiday began the fourth-quarter scoring with a three-point play that started an 8-0 New Orleans run, giving the Pelicans an 86-79 lead.

Frank Ntilikina's jumper ended the Knicks drought and started an 8-2 run that got them within 88-87 midway through the fourth.

The Knicks led by 11 at halftime, but Davis led a surge in the third quarter. He scored 14 points, including seven straight, as New Orleans got within 75-71.

Holiday's 3-pointer helped the Pelicans get within 79-78 after three quarters.

Beasley scored 11 points as the New York bench outscored the New Orleans reserves 23-8 in the second quarter. The Knicks led 56-45 at halftime.

Pelicans: After playing three home games in four nights, New Orleans plays six of its next eight on the road. ... Cousins has three games with at least 30 points and 20 rebounds this season, making him the first player to do that since Kevin Love in 2010-11. ... Holiday sat out the last 4:36 of the first half after committing his third foul.

Pelicans: At Utah on Wednesday night.