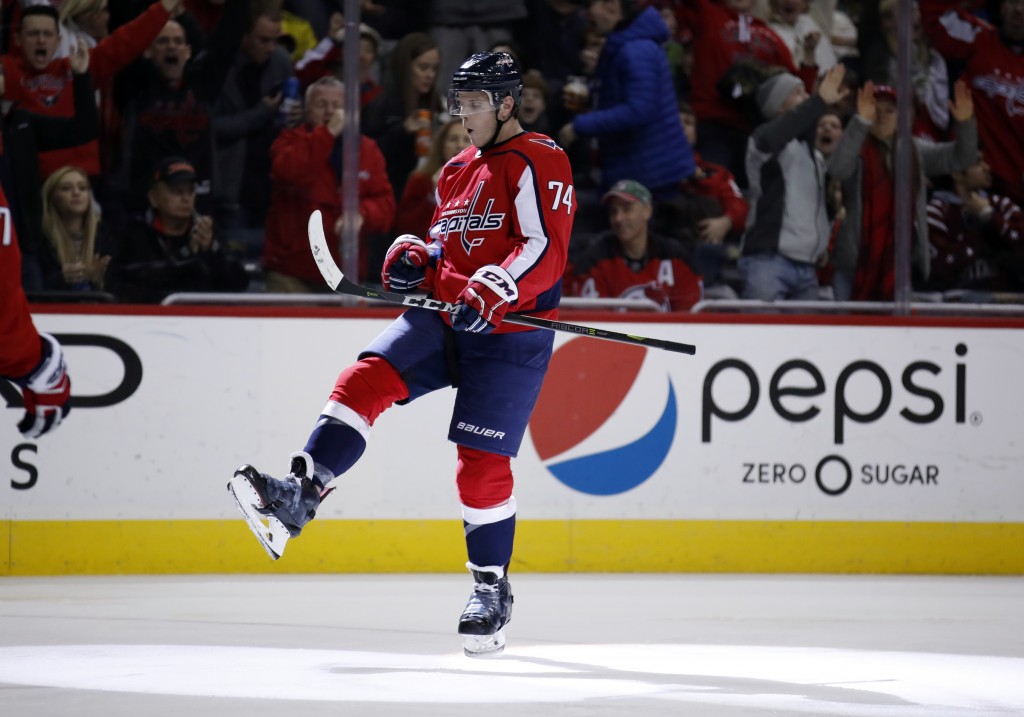 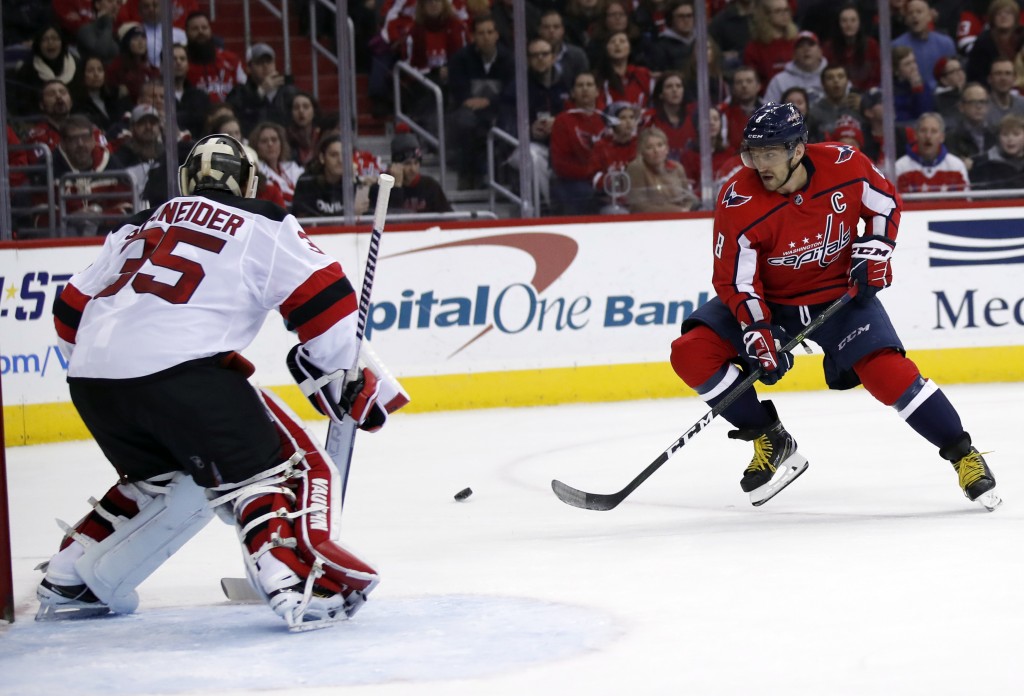 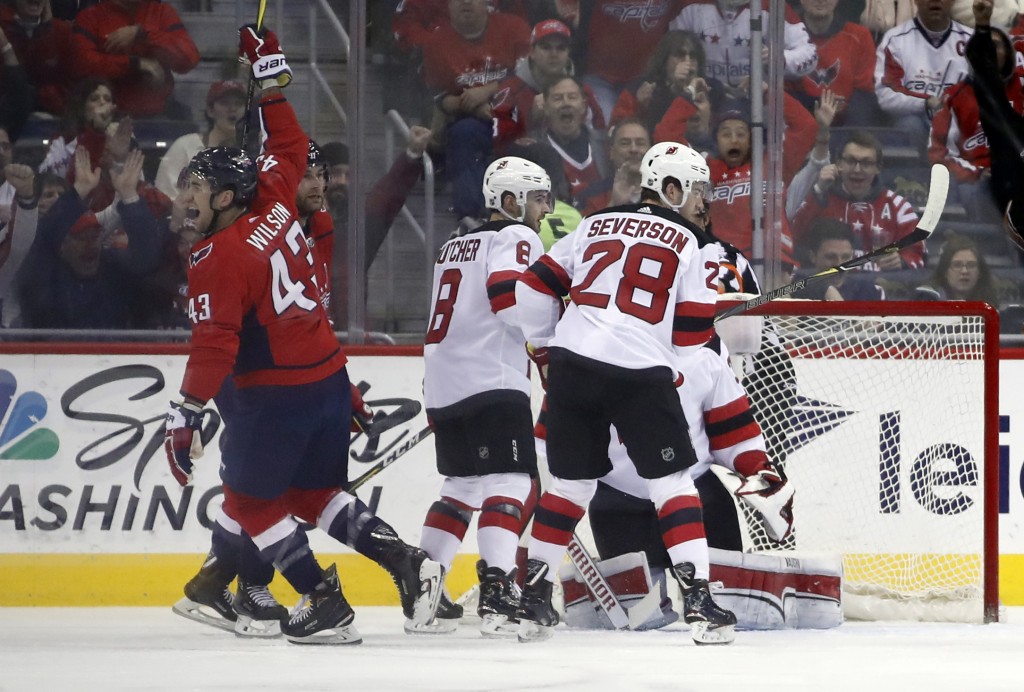 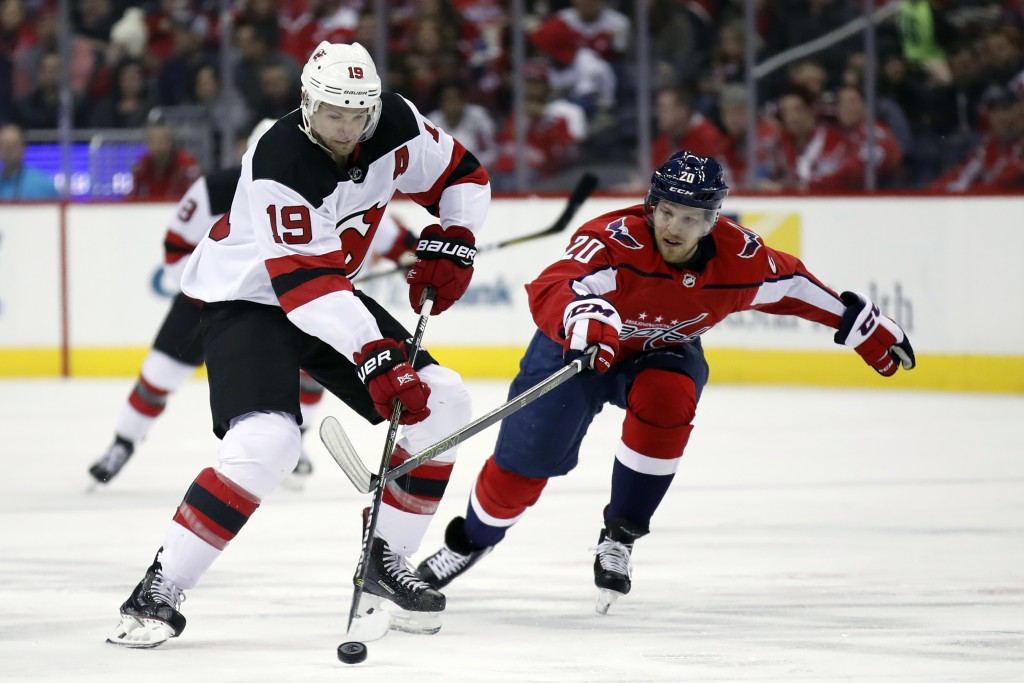 WASHINGTON (AP) — Nicklas Backstrom and John Carlson had a goal and two assists each, Alex Ovechkin had three assists and the Washington Capitals beat the New Jersey Devils 5-2 on Saturday night to move atop the Metropolitan Division.

Braden Holtby stopped 25 shots as Washington won its eighth straight home game. Christian Djoos had a goal and an assist, and Tom Wilson and Matt Niskanen also scored for the Capitals.

Marcus Johansson played in his first game as a visitor in Washington after seven seasons with the Capitals and assisted on both goals.

Wilson got the game's first goal, his sixth of the season, beating Schneider at 2:26 in the first period. Djoos gave the Capitals a 2-0 lead at 11:09. It was Djoos' third goal this season and his first since Oct. 21.

After Moore's goal, Carlson's fourth at 7:01 of the second made it 3-1. Niskanen added his third goal of the season at 4:25 of the third. Backstrom added his eighth goal, an empty-netter, in the game's final minute.

NOTES: Johansson was applauded by the crowd after a video tribute in the first period. "It feels a little weird," he said before the game. "It's going to be a fun one and a special one for me, and I think something I'm going to remember for a while afterwards." ... Washington F Andre Burakovsky was a healthy scratch for the first time this season. ... The Devils acquired G Eddie Lack from Calgary for D Dalton Prout. Lack will report to Binghamton of the AHL.