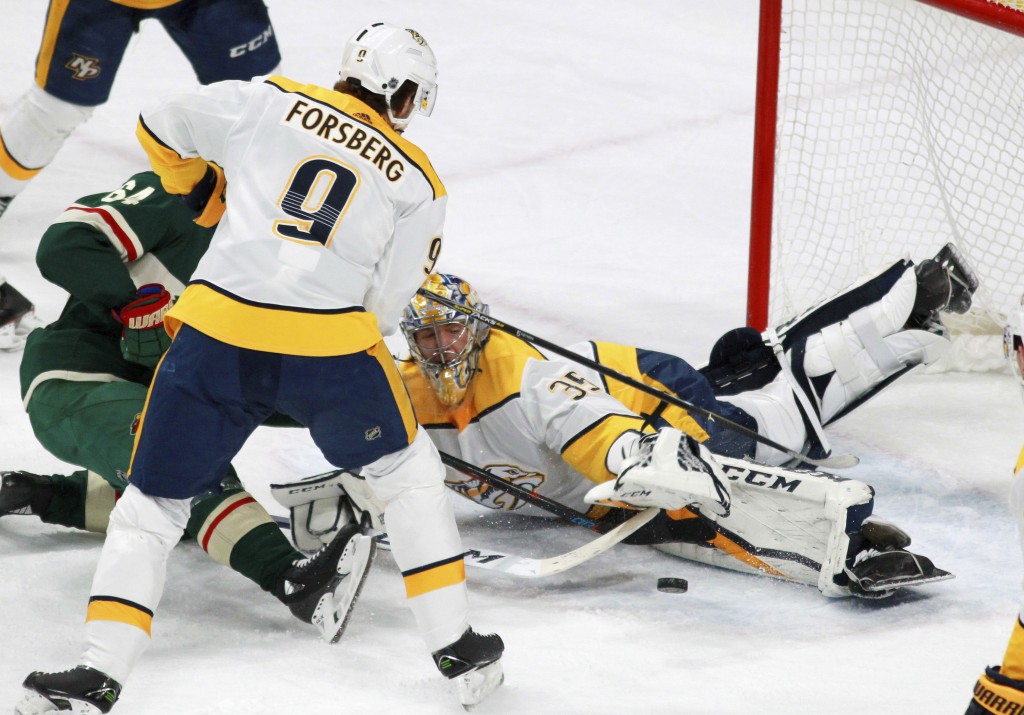 NASHVILLE, Tenn. (AP) — Nashville Predators left wing Filip Forsberg has been placed on injured reserve with an upper-body injury the team announced Saturday before their home game against the Minnesota Wild.

Forsberg had 15:04 of ice time Friday night in a loss in Minnesota. His last shift ended with 8:40 remaining in the third period.

The Predators did not offer a timetable for Forsberg's return. As a result of being placed on injured reserve, which is at least one week in length, Forsberg will miss at least three games.

The high-scoring Swede has played in all 82 regular-season games for Nashville the past three seasons and all 42 postseason games in that timeframe as well.

In 37 games played this season, Forsberg leads the Predators with 15 goals and 34 points and is tied for the team lead with 19 assists.

"Everybody appreciates the fact that he's been one of our top scorers and one of our top players consistently year-after-year since he's been here," Nashville coach Peter Laviolette said. "It's an unfortunate thing, all the teams deal with it. Look around the league, everybody seems to be losing a player here or there. I think it becomes more significant when you lose a guy like Filip because of the minutes and the role that he plays on this team. With that comes an opportunity for somebody else to step up and that's the way we've got to look at it."

Saturday night is the first regular-season or postseason game Laviolette has coached the Predators without Forsberg in the lineup.