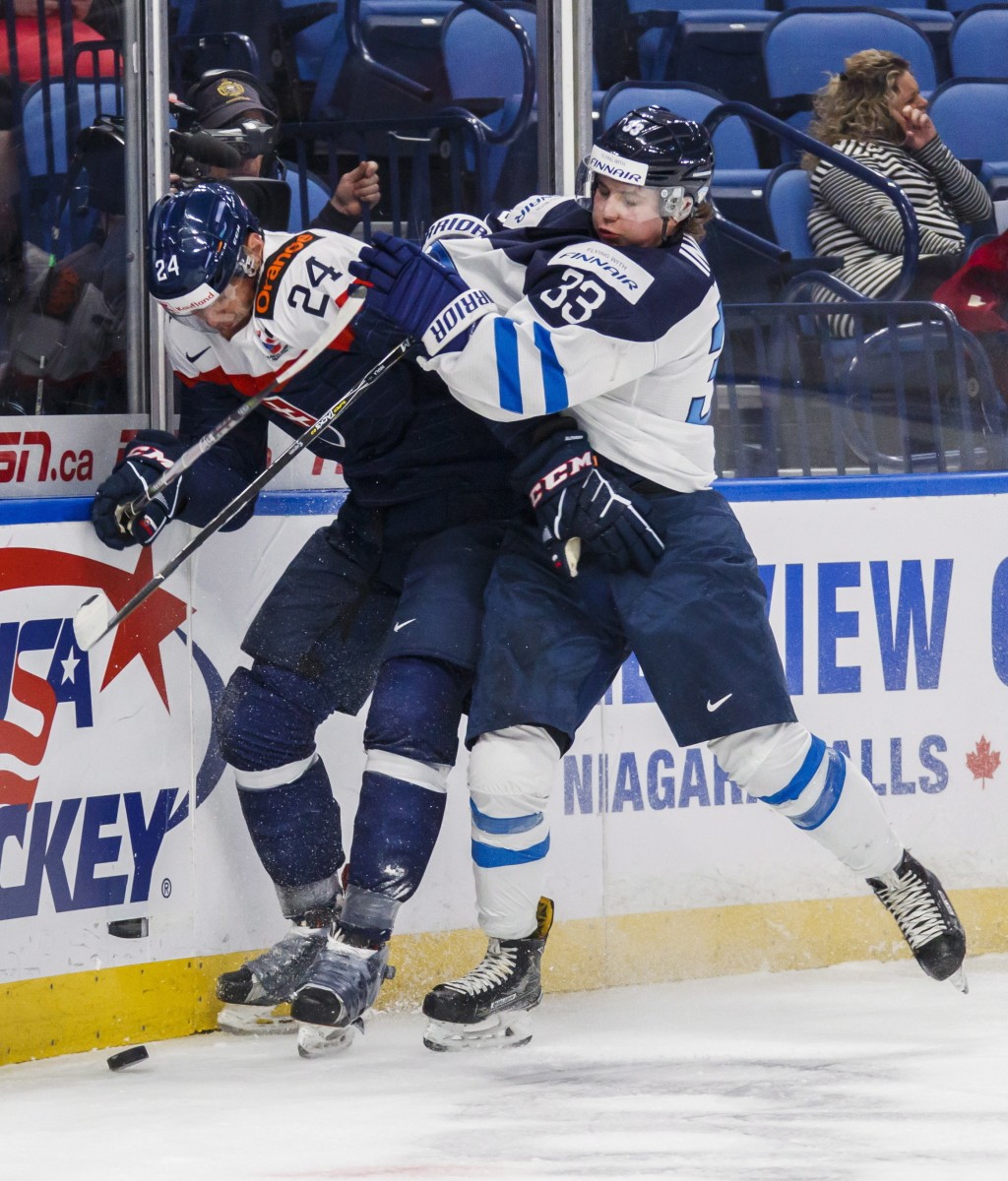 BUFFALO, N.Y. (AP) — Elias Pettersson and Lias Andersson each had two goals and an assist and Sweden beat Switzerland 7-2 on Saturday in the world junior hockey championship to wrap up Group B.

The United States was off Saturday after beating Canada 4-3 in a shootout Friday in a snowy outdoor game at the Buffalo Bills' New Era Field. The Americans opened Tuesday with a 9-0 victory over Denmark and lost 3-2 to Slovakia on Thursday. They will finish Group A play Sunday against Finland. Finland faced Slovakia later Saturday, and Canada played Denmark on Saturday night.

At Key Bank Center in another Group B game, the Czech Republic beat Belarus 6-5 to improve to 2-0.

Radovan Pavlik scored twice for the Czech Republic. Down 2-0 early in the second, the Czechs scored five straight goals after pulling goalie Josef Korenar in favor of Jakub Skarek.

On Sunday, the Swedes will face Russia, and the Czech Republic will play Switzerland.