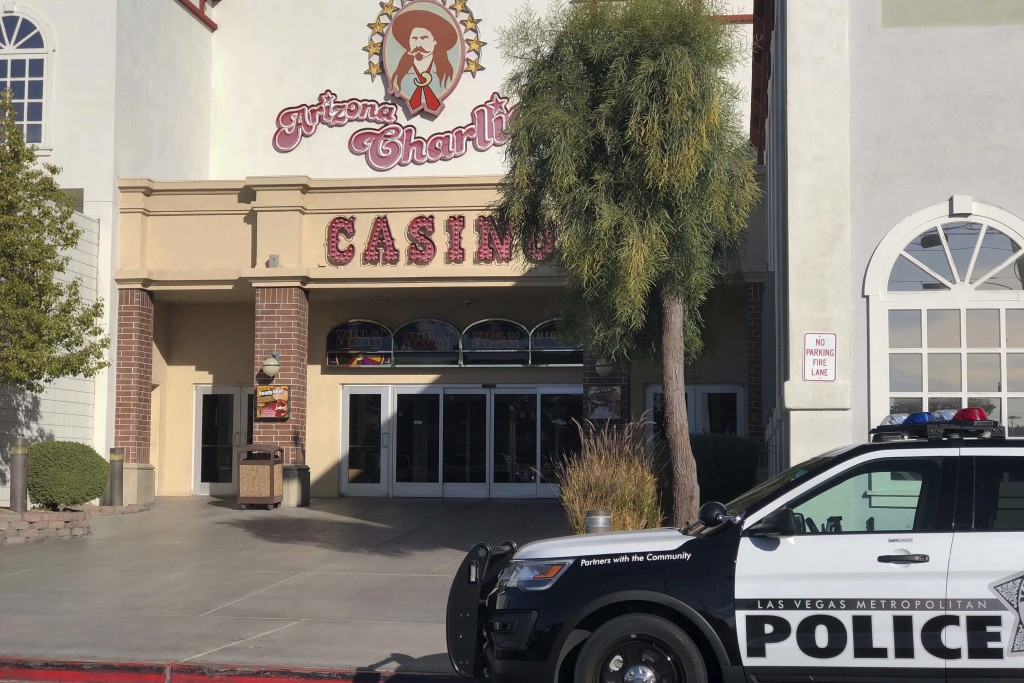 LAS VEGAS (AP) — The Latest on the fatal shootings of two security guards in Las Vegas. (all times local):

Las Vegas police say two security guards were investigating a disturbance when they were fatally shot in a guest room at a hotel-casino.

Police say they did not know the gunman's motive but the incident appears to be isolated with no connection to terrorism.

Authorities say the shooter ran from the Arizona Charlie's Decatur west of the Las Vegas Strip after the Saturday morning shooting, tried to break into a home and shot himself in the head on the property.

His condition wasn't immediately known but police say his wound is life-threatening.

No identities were released. Police say the security guards were a man and a woman in their 40s and that one was armed.

Police in Las Vegas say two security guards are dead after being shot in a room at a hotel-casino.

Police say the alleged shooter ran away after the shooting Saturday morning at Arizona Charlie's Decatur but then was found by police at a nearby residence with a self-inflicted gunshot wound.

The shooter's condition and the victims' identities have not been released.

Additional information about the circumstances of the incident, including a possible motive, was not immediately available.

A call to the hotel-casino's office went unanswered.

Arizona Charlie's Decatur is a short distance west of the Las Vegas Strip.

The shooting comes as law enforcement officers are preparing for tens of thousands of New Year's Eve revelers on the Strip and three months after a mass shooting that killed 58 people.