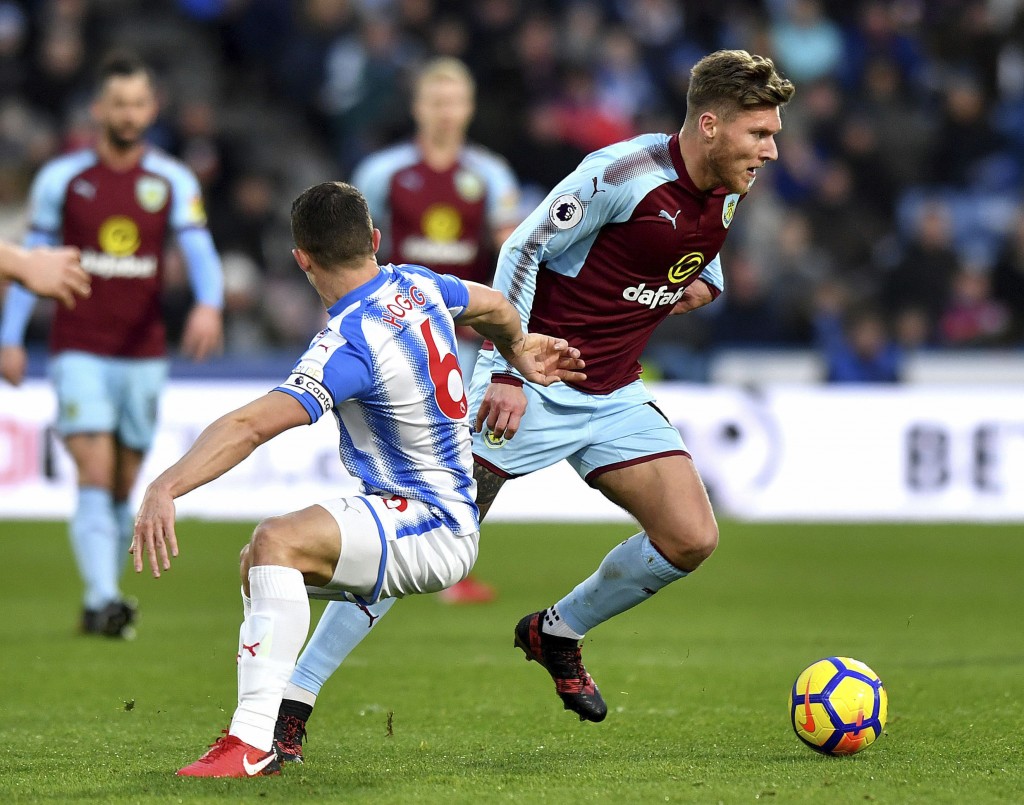 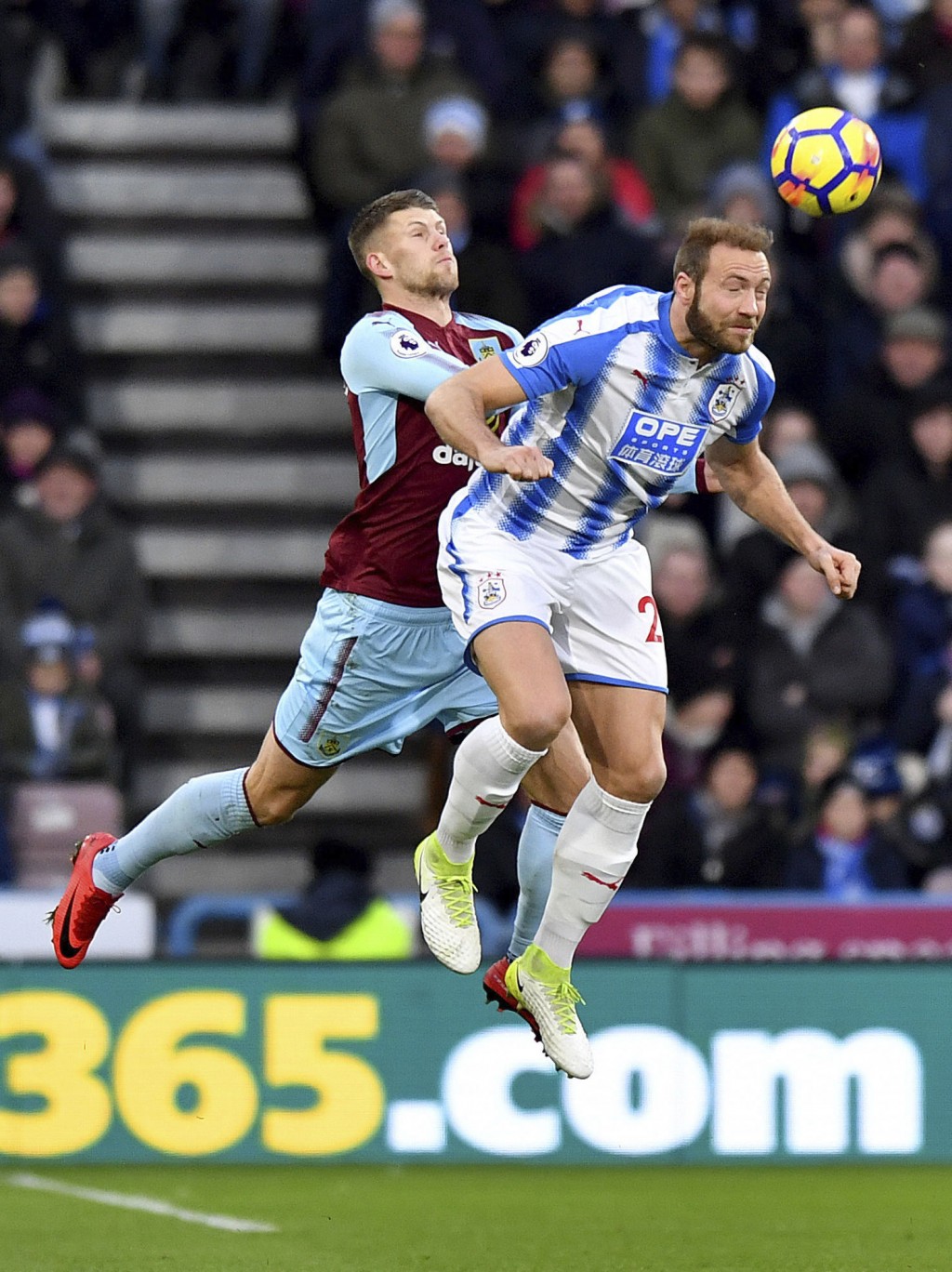 HUDDERSFIELD, England (AP) — Huddersfield and Burnley drew 0-0 Saturday to bring a remarkable year for two surprise successes of the Premier League season to an uneventful end.

Huddersfield extended its unbeaten league run to four matches as both teams showed typical endeavor but ultimately canceled each other out at John Smith's Stadium.

Huddersfield ended 2017 in 11th place in its first season in the Premier League, having lost only one of its last five matches, and Burnley remains seventh after one defeat in the last six.

Burnley's Jeff Hendrick had a goal disallowed after his close-range effort following a free kick from Johann Berg Gudmundsson.

Huddersfield had a let-off in the 61st minute when goalkeeper Jonas Lossl appeared to trip Hendrick in the area.