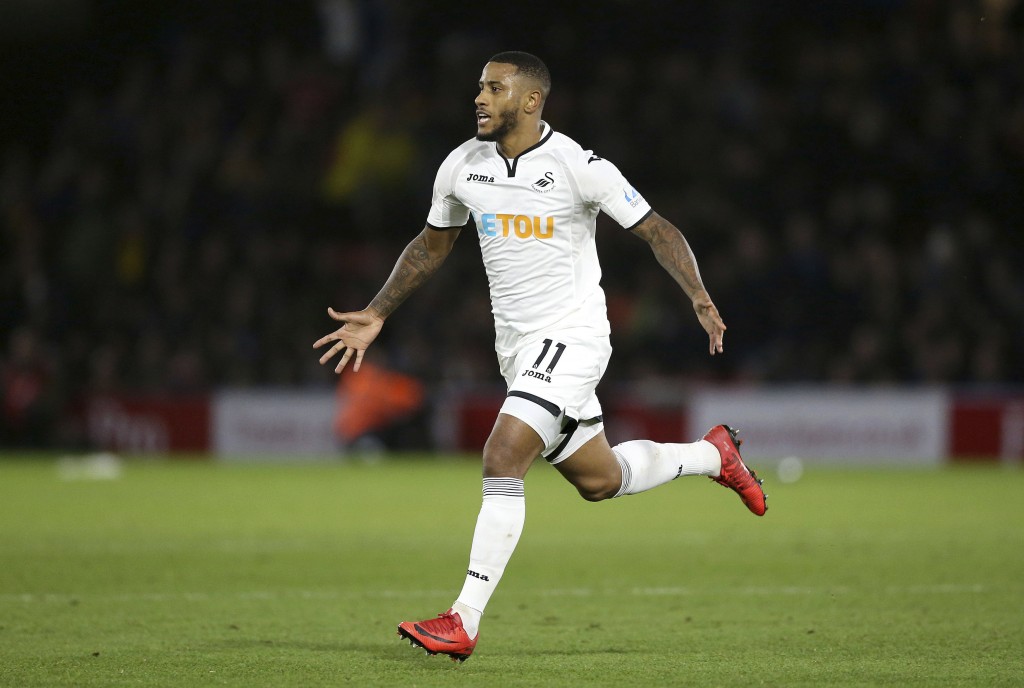 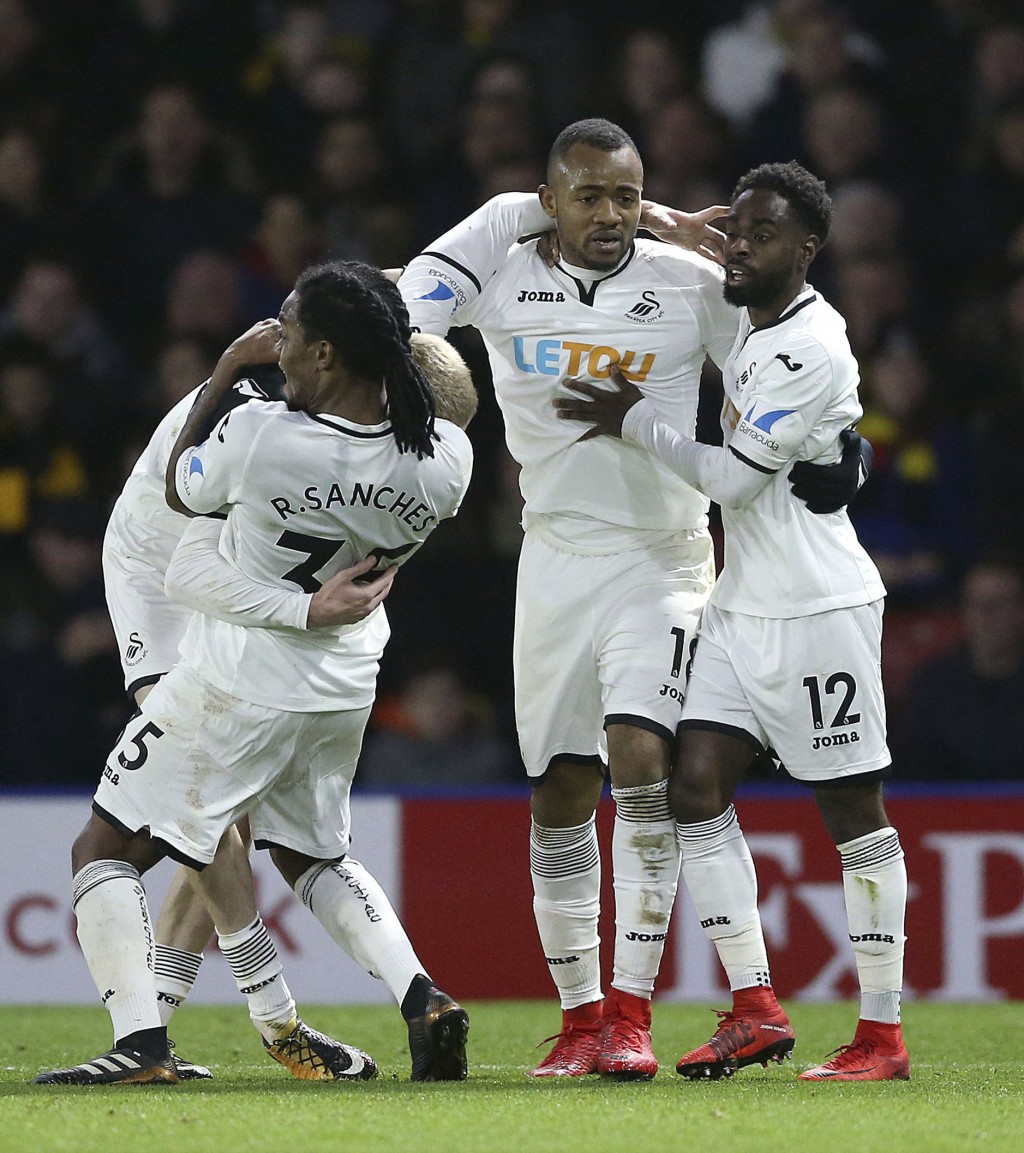 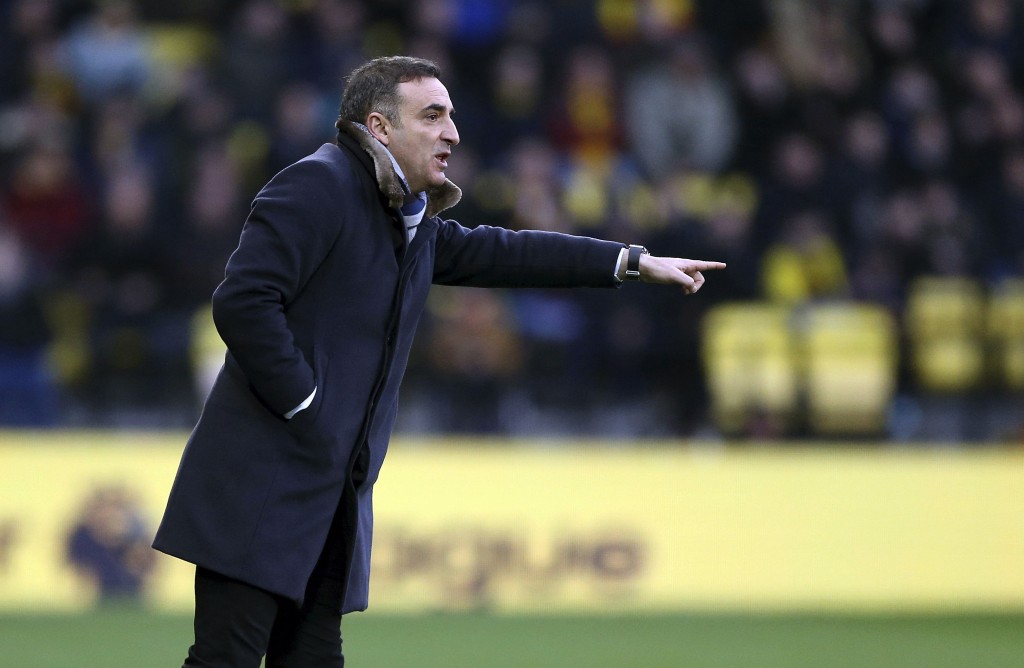 WATFORD, England (AP) — Carlos Carvalhal made the perfect start as Swansea manager as his new team scored twice from the 86th minute to win 2-1 at Watford and climb off the bottom of the Premier League on Saturday.

Jordan Ayew scored the equalizer before Luciano Narsingh grabbed the winner in the 90th minute, allowing Swansea to leap above West Bromwich Albion and into 19th place.

Carvalhal was hired on Thursday as the replacement for Paul Clement, earning the Portuguese coach his first shot at England's top league just four days after parting company with under-performing second-tier Sheffield Wednesday.

He has had an immediate impact, guiding the Welsh club to only its fourth league win this season.

In his first team selection, Carvalhal recalled compatriot Renato Sanches for the on-loan midfielder's first start since November and, after a bright start, Swansea almost took the lead when Ayew struck the crossbar with a long-range shot.

Instead, Watford went ahead when a pass inside Swansea right back Kyle Naughton freed Richarlison down the left. The Brazilian's angled drive was blocked by goalkeeper Lukasz Fabianski at his near post, but the ball looped up for on-loan Benfica winger Andre Carrillo to head into an unguarded net.

Andre Gray missed a great chance to make it 2-0 for Watford, which was made to pay less than a minute later when Narsingh's cross was headed down by fellow substitute Oliver McBurnie for Ayew to tuck home.

The winner came when goalkeeper Heurelho Gomes failed to hold a low drive from another substitute, Lloyd Dyer. The ball fell to the feet of Narsingh, who slotted it inside the post.