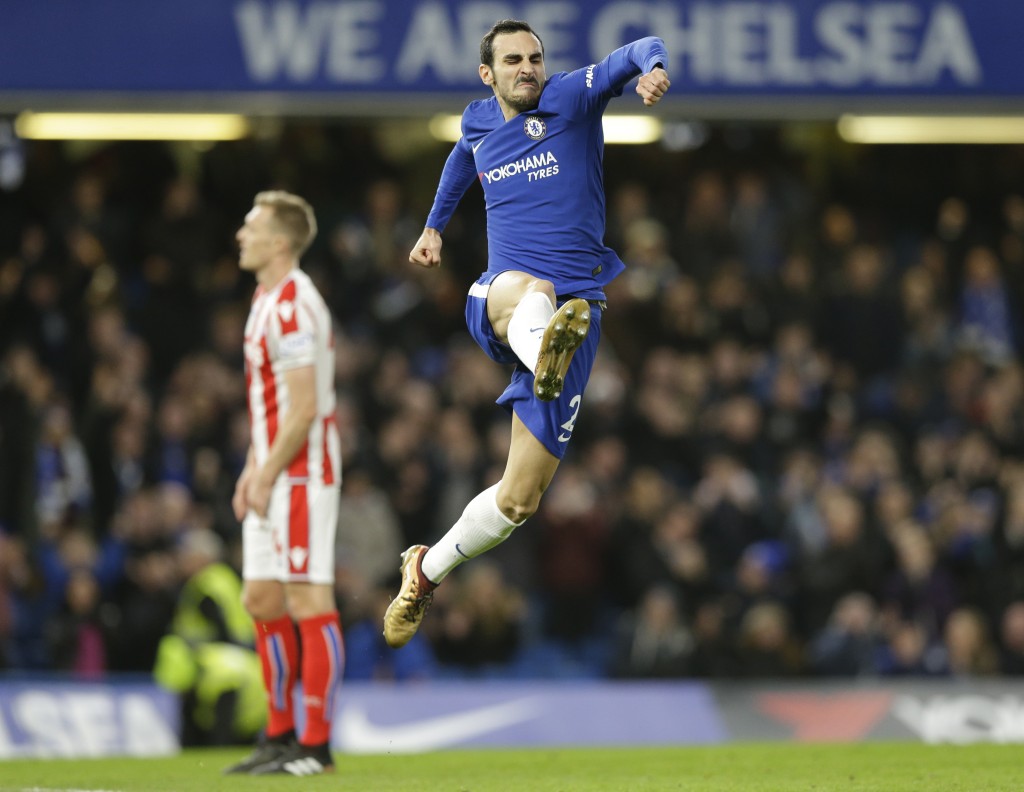 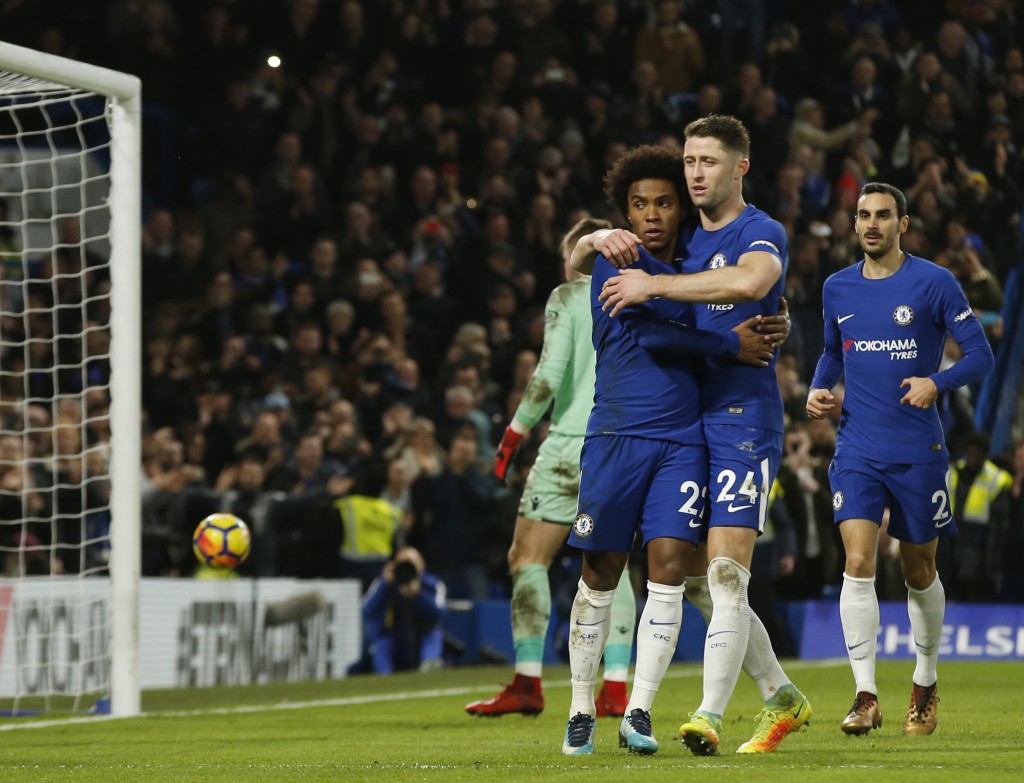 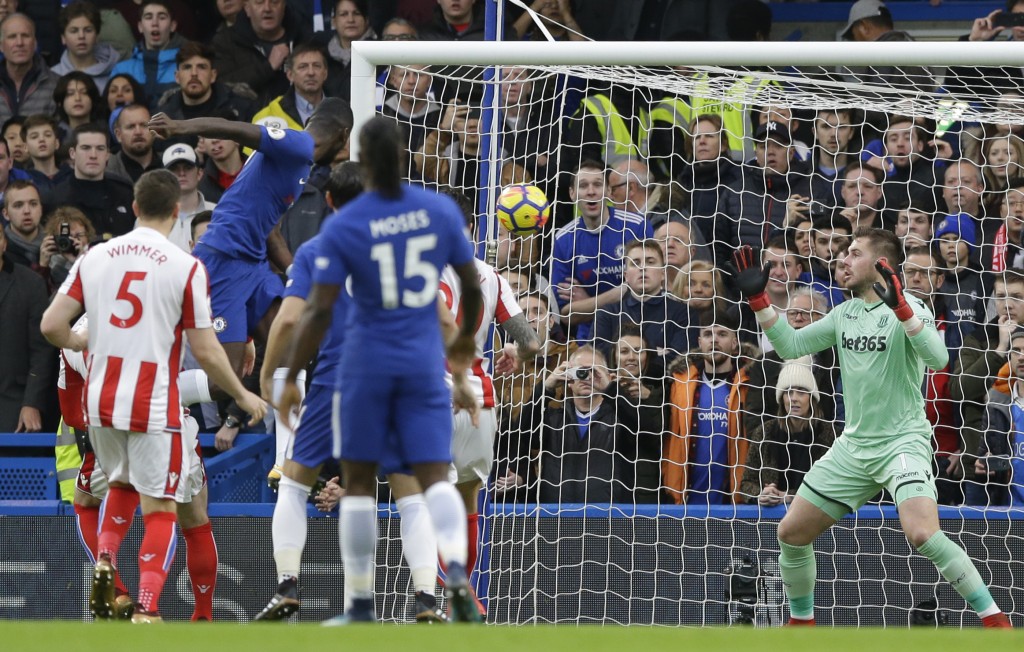 LONDON (AP) — Chelsea left Eden Hazard on the bench and still overwhelmed Stoke in a 5-0 win in the Premier League on Saturday, with the first three goals coming in the opening 23 minutes.

Goals by Antonio Rudiger, Danny Drinkwater — with a thumping shot from the edge of the area — and Pedro Rodriguez put Chelsea in charge at Stamford Bridge.

Willian converted a penalty to make it 4-0 before Davide Zappacosta completed the rout with a strike from outside the area.

Stoke had already lost 4-0 at home to Chelsea this season and, with defensive injuries weakening the squad, seemed resigned to defeat before kickoff as under-pressure manager Mark Hughes left many of his best players — like Xherdan Shaqiri and Joe Allen — out of the lineup.

Monday's game against another struggling team in Newcastle was clearly in Hughes' thoughts, but it meant Chelsea was likely to have it easy despite leaving Hazard out of the team. Stoke has conceded a league-high 46 goals.

Rudiger headed in Willian's cross for the first goal in the third minute before Drinkwater scored his first goal for Chelsea by firing a rising shot into the top corner after Pedro's cross was deflected out.

Willian set up Pedro for the third, and was tripped to earn a penalty in the 74th — soon after Alvaro Morata was substituted. The Brazilian found the corner of the net, and Zappacosta — a second-half substitute — also notched his maiden Chelsea goal for the last goal in the 88th.