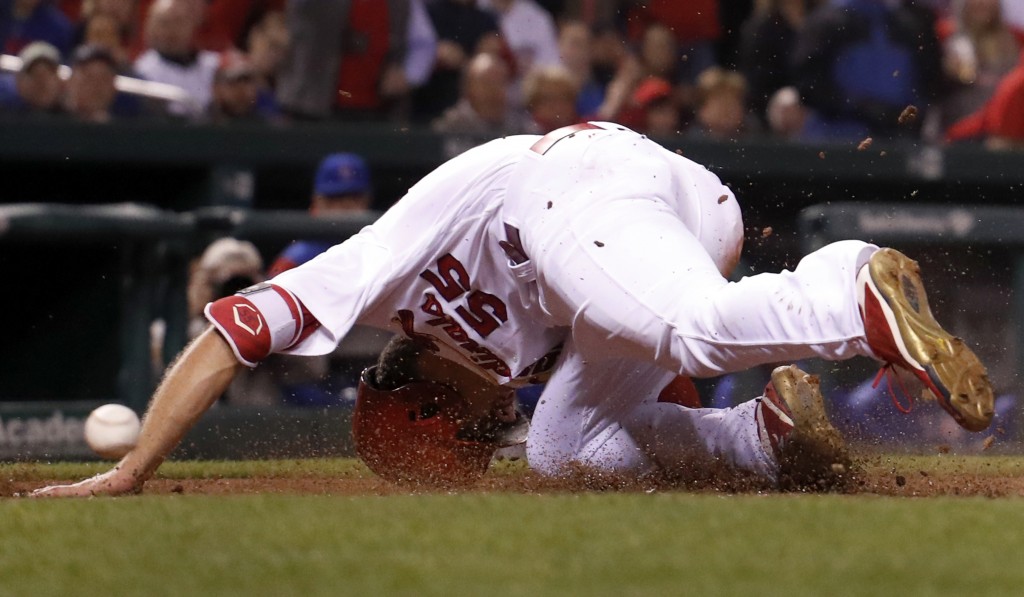 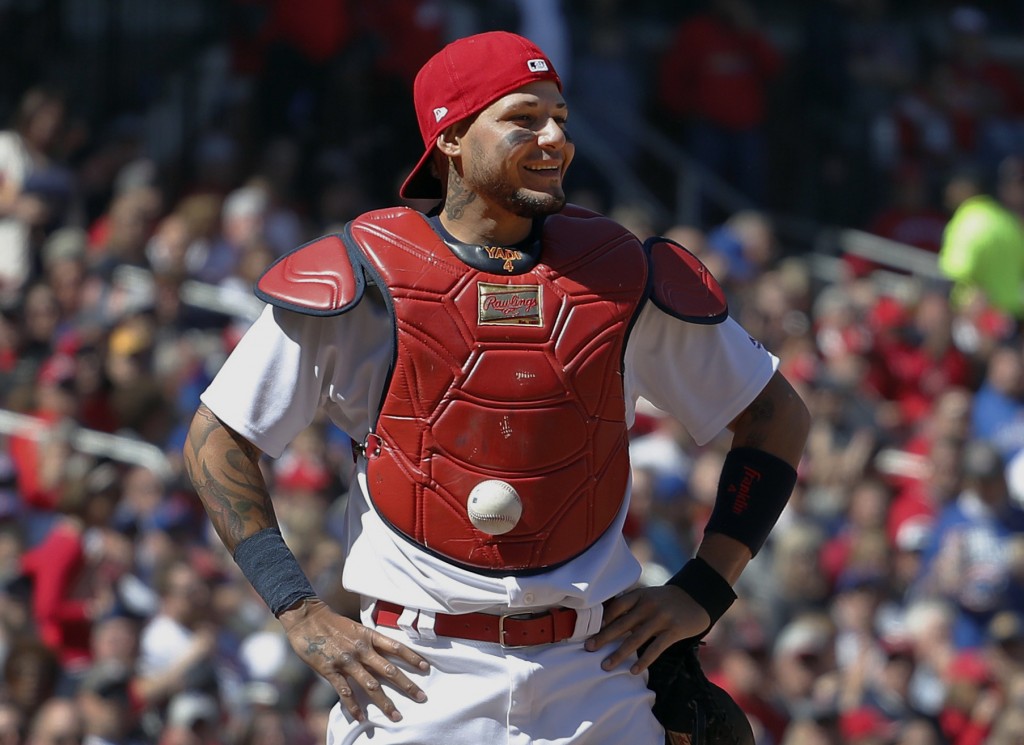 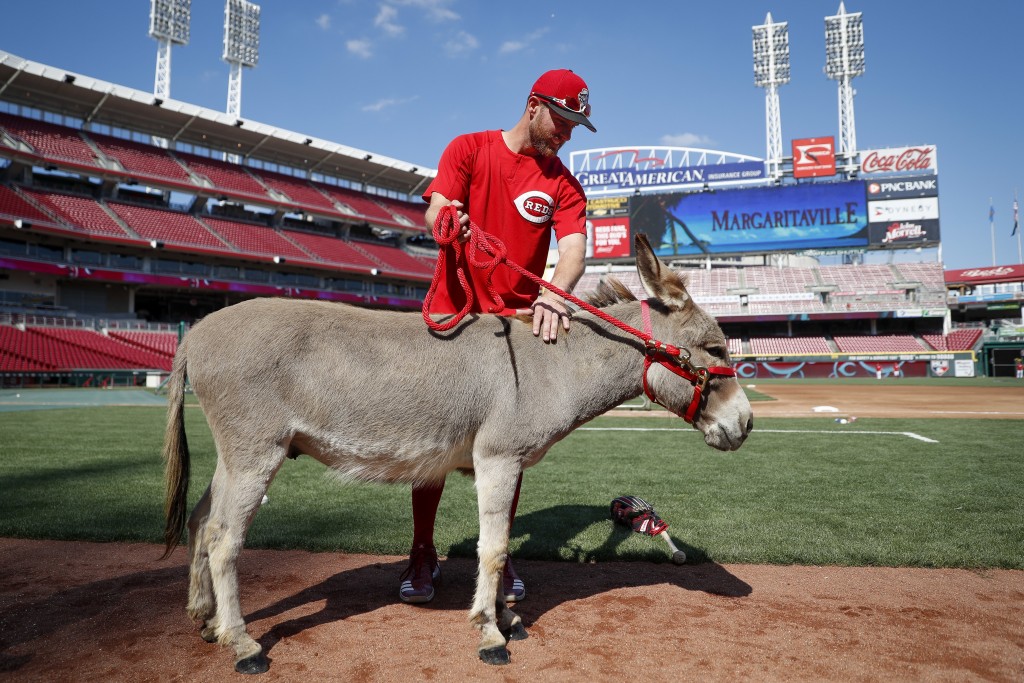 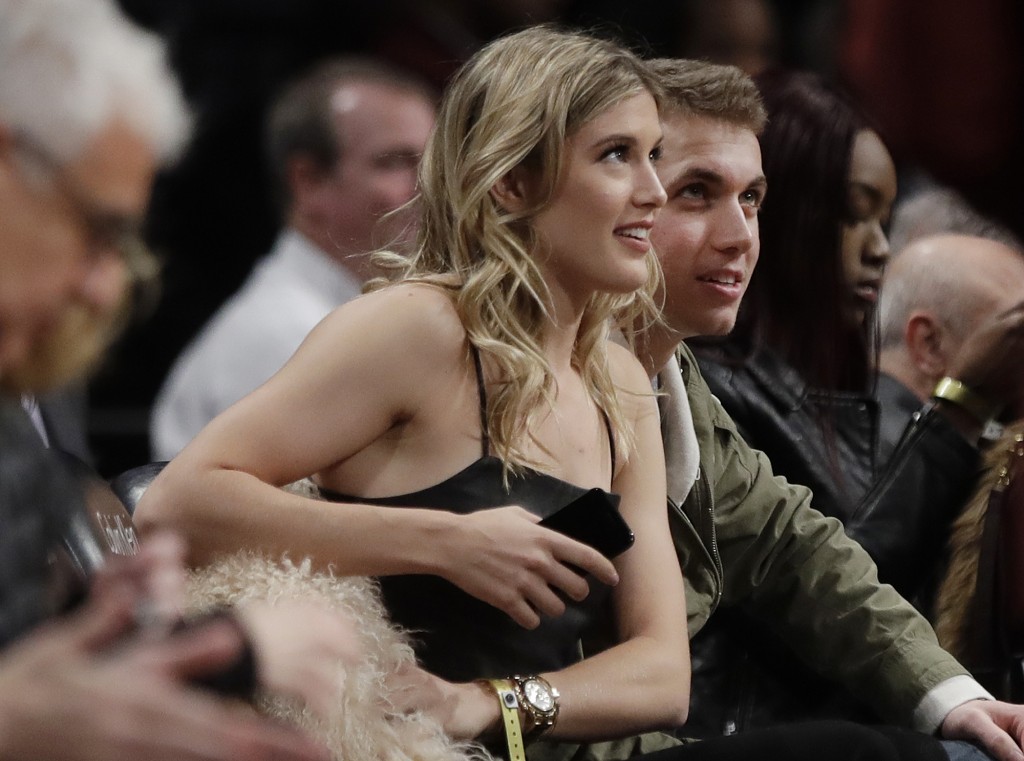 It was less like baseball and more like archery practice. And wherever Stephen Piscotty went he had a bull's-eye on him.

In a bruising, battering tour around the bases , the St. Louis Cardinals outfielder could not stay out of harm's way. He was hit three times in one inning, as if being tracked by a GPS.

The pounding sequence began in the fifth when he was struck on the right arm by Chicago Cubs ace Jake Arietta. Piscotty shook it off and headed to first. It was only beginning. The ball soon got away from the catcher and Piscotty bolted for second, hit on his left arm by Wilson Contreras' throw.

Then came a slow roller to second base that Kolten Wong overran. Piscotty rounded third and broke for home. Wong's throw to the plate nailed him on the helmet. A shaken Piscotty walked to the dugout. He would later pass all concussion tests.

Piscotty, since traded to Oakland in the offseason, majored in atmospheric and energy engineering at Stanford. But even he was puzzled by that inning against the Cubs.

Piscotty was not the only Cardinal traveling strange byways in 2017. A ball somehow stuck to the chest protector of St. Louis catcher Yadier Molina , who was asked if a foreign substance were responsible. "That's a dumb question," he said.

This was also a year in which Atlanta Falcons receiver Julio Jones lost a $100,000 earring while jet skiing, prompting erroneous reports that he hired a dive team to find it. ("I did not do that. It was insured.").

Synchronized swimming changed its name to artistic swimming. Olympic champion shooter Michael Diamond of Australia was convicted on firearms charges, and his gun license was revoked. Mechanical doping came to the fore in France when an amateur cyclist was caught with a motor on his bike.

A bowler from upstate New York raced from one lane to another and rolled a perfect 300 game in less than 90 seconds. The Saint Louis University basketball team was left waiting for its bus after a game at St. Bonaventure because the driver was some 40 miles away and soon to be charged with drunken driving. And Jerry Bozzo sure beat the odds at Gulfstream Park, becoming the oldest thoroughbred trainer to win a race at 96.

The high hops and unscripted plays came from all over:

ANIMAL MAGNETISM: Shortstop Zack Cozart , then with the Cincinnati Reds, made the All-Star team, and with it came a gift from teammate Joey Votto that required more upkeep than a watch — a donkey. . Second baseman Rougned Odor was not wowed by his contract offer until Texas sweetened the deal by throwing in two horses. "I love horses," he said. . Fans of the top Danish soccer club Brondby threw out the welcome mat for opposing players by throwing dead rats at them. . A New Zealand cricket player tried to convince the court he had good reason for driving after too many drinks — he needed to console his distraught girlfriend over the death of a pet parrot.

DOUBLE FAULTS: World-weary Australian star Bernard Tomic bemoaned that Wimbledon provides insufficient motivation: "I felt a little bit bored to be completely honest with you." . Romania's Ilie Nastase, banned by international tennis authorities for his profane outburst and general boorishness during the Fed Cup, was given a new assignment — diplomat for the Czech Republic. . The fashion police at all-white Wimbledon were ever vigilant, ordering some junior boys players to change their resplendently colored underwear. Venus Williams, when questioned about the flash of pink beneath her dress, said: "I don't like talking about bras at press conferences. It's weird."

ON THE GRID: Olympic champion gymnast Simone Biles posted a 14-minute video on Twitter of her gauze-filled mouth after her wisdom teeth were removed. . An Indiana high school student won a bet with his teacher to call off a final exam by getting Kobe Bryant to give him a retweet. The retired NBA star said: "Hope you have an A in this class." . Canadian tennis star and model Eugenie Bouchard figured she was on safe ground. With the Falcons way ahead in the Super Bowl she tweeted that she "knew Atlanta would win." A University of Missouri student replied with a dare: If the Patriots win, they go on a date. Bouchard said sure, and New England rallied to win from 25 points down. The two went to a Brooklyn Nets game. Said Bouchard: "Never bet against Tom Brady."

THE BIG SLEEP: A death notice in The Richmond Times-Dispatch for one Patrick "Pat" Killebrew began by noting he "passed away peacefully at home . after watching the Washington Nationals relief pitchers blow yet another lead." . A similar notice in a New Jersey newspaper requested eight Philadelphia Eagles for pallbearers, so the Eagles can let him "down one last time." . Red Wings enforcer Bob Probert stayed in the penalty box, with some of his ashes scattered there at the hockey team's last home game at Joe Louis Arena. . A New York City man honored his plumber friend by flushing his ashes down toilets of major league ballparks. The friend told The New York Times: "This is the perfect tribute to a plumber and baseball fan."

HONORS CLASS: Theo Epstein , the master builder who helped end title droughts for the Boston Red Sox and Chicago Cubs, was No. 1 on Fortune magazine's list of World's Greatest Leaders. He was followed by Alibaba founder Jack Ma and Pope Francis. Epstein didn't get carried away, telling ESPN: "Um, I can't even get my dog to stop peeing in the house." . The rugby sevens team from Fiji that won the Olympic title in Rio not only has a gold medal but was honored by its government with the release of $7 banknotes. . LeBron James was immortalized by an 8-pound bust of lint. The Cleveland artist dubbed the work "LintBron."

GAMES PEOPLE PLAY: The English Bridge Union was slammed in its bid to have the card game recognized as a sport in the manner of badminton, billiards and ballroom dancing. . A Russian lawmaker proposed a solution to the scourge of hooliganism as the country's 2018 World Cup approaches: Turn the combat into organized competition. He suggests 20 unarmed fighters on each side in an arena. "Russia," he proclaims, "would be a pioneer in a new sport."

POLITICAL ARENA: Belarus failed to make the playoffs at hockey's world championships, and that didn't sit well with President Alexander Lukashenko. He called the players "absolutely spineless" and the coaching "disgusting." . Turkmenistan's president, Gurbanguli Berdymukhamedov, can belt one out, performing a patriotic song that became the anthem for the Asian Indoor and Martial Arts Games. . With his presidential victory assured, Donald Trump thanked, among others, Bill Belichick. The New England Patriots coach, never one to chat, was asked his reaction. "I don't know," he said. "We've got a big game."

CHEF'S SPECIAL: Fish was strictly off the menu for a Pittsburgh restaurant chain last season leading to the Steelers' playoff game with the Dolphins. Longtime cook Toni Haggerty refused to be part of "anything that comes from the ocean." . Feeling hungry at Kauffman Stadium in Kansas City, Missouri? On offer is the Sunrise Dog : a hot dog topped with fried eggs, bacon, cheddar cheese and gravy. So head to the concession stand, then the cardiologist.