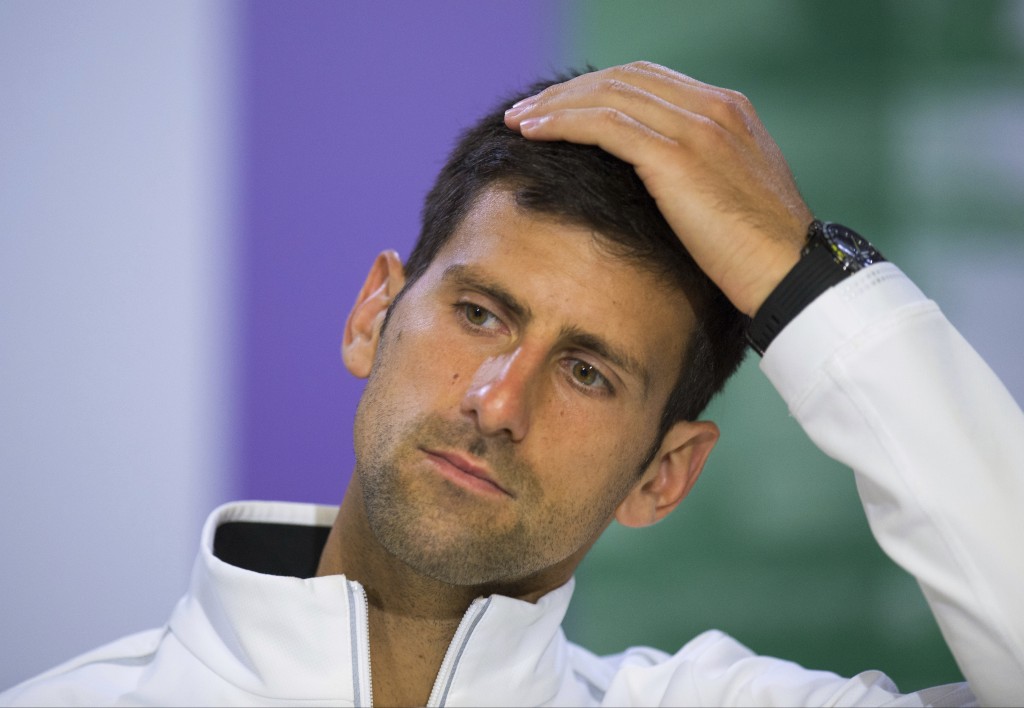 ABU DHABI, United Arab Emirates (AP) — Novak Djokovic has withdrawn from next week's Qatar Open, his warm-up tournament for the Australian Open, saying he still has pain in his right elbow.

That problem forced him to withdraw from an exhibition tournament in the United Arab Emirates on Friday. The Serb says in a statement Saturday that his elbow has not improved.

Djokovic hasn't played a competitive match since he retired in the Wimbledon quarterfinals because of the injury. He was scheduled to play Roberto Bautista Agut of Spain in the semifinals of the exhibition event in UAE, his first match in nearly five months.

Another withdrawal puts Djokovic's participation in the Australian Open, which starts Jan. 15, in doubt. He says "only when I'm 100% ready to play, I will be able to come back. I hope it will be soon."