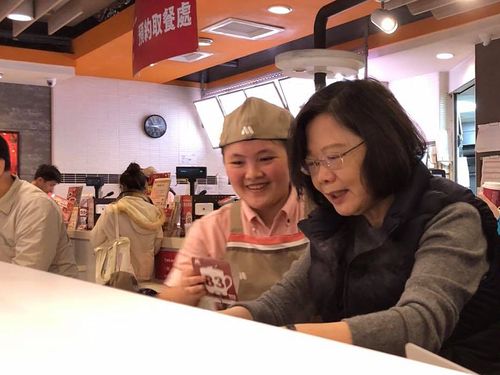 TAIPEI (CNA) -- President Tsai Ing-wen (蔡英文) got breakfast at a Mos Burger in Taipei with her aides Saturday to show support for the fast-food chain's decision to give its employees a raise, she wrote on her Facebook page.

In the post, Tsai said she wanted to treat her aides to breakfast after her year-end press conference on Friday, and when no one could decide where to go, she suggested Mos Burger to support the chain's move to raise wages.

According to Ministry of Labor estimates, approximately 2.05 million people will benefit from the increase in the minimum wage.

Tsai recently noted that her ideal figure would be a monthly minimum of NT$30,000, even though she rejected the idea when one of her opponents in the 2016 presidential election -- Eric Chu (朱立倫) of Kuomintang -- proposed raising the minimum wage to NT$30,000 over four years to boost the economy. 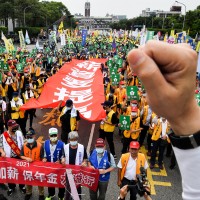