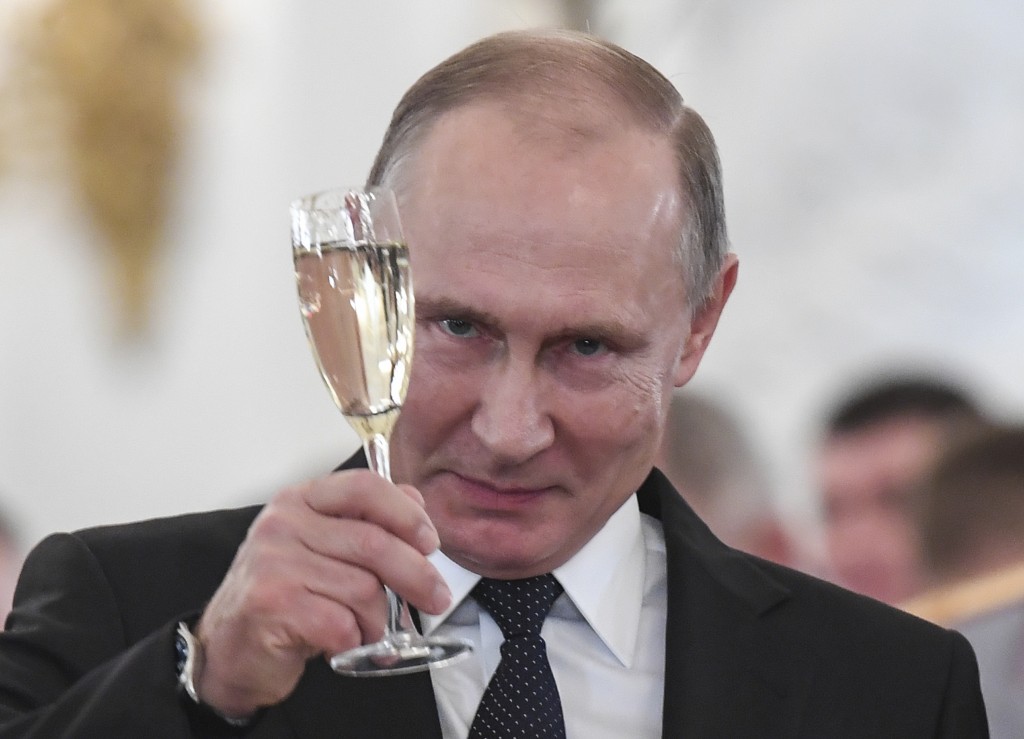 The Kremlin said Saturday that Putin emphasized in his Seasons Greetings to Trump that Russia and the U.S. could develop a "pragmatic cooperation aimed at long-term perspective" on the basis of "equality and mutual respect."

Putin noted that "the development a constructive Russian-U.S. dialogue is particularly important for strengthening strategic stability in the world and finding the optimal answers to global threats and challenges."

Ties between Moscow and Washington sank to a post-Cold War low following Russia's annexation of Crimea in 2014 and the allegations of its meddling in the U.S. presidential election last year.