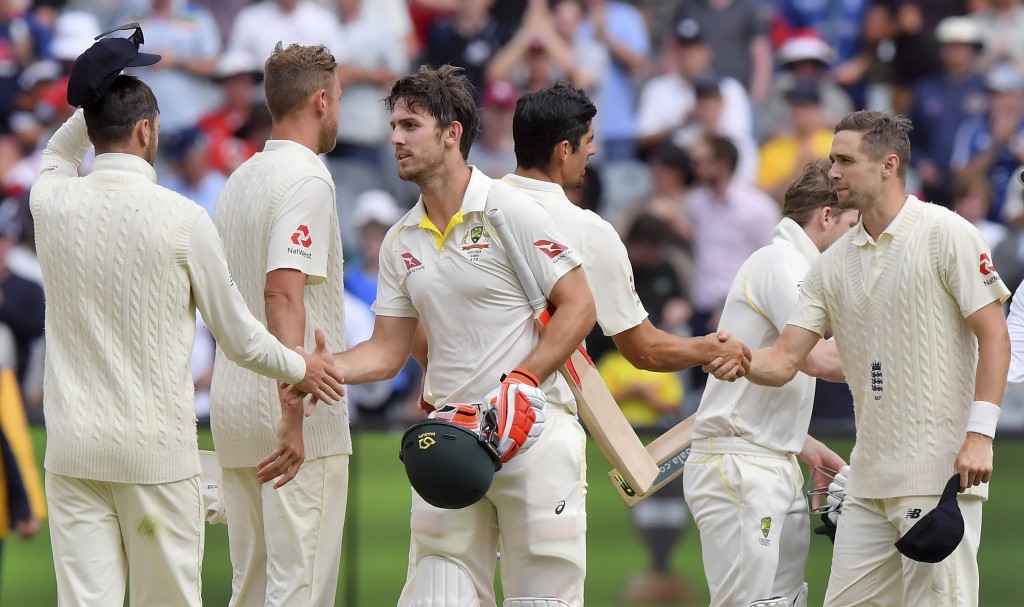 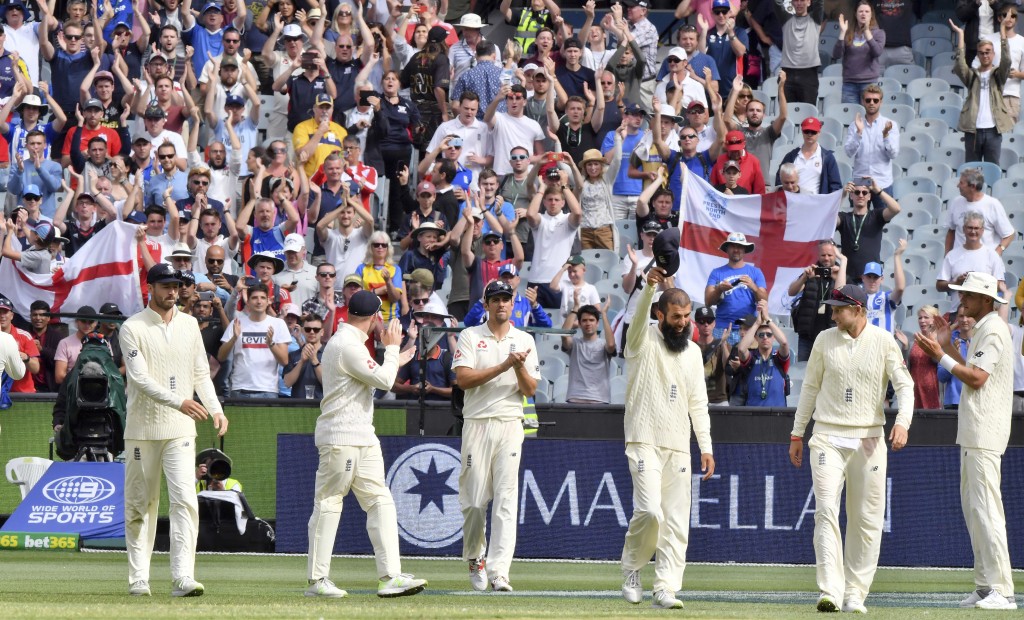 MELBOURNE, Australia (AP) — The Melbourne Cricket Club (MCC) has said it will carry a full review of the drop-in pitch used for the fourth Ashes test between Australia and England after complaints it produced a dull match.

The eagerly-awaited game ended in a dour draw on Saturday when the teams shook hands and agreed to an early finish with neither side in position to push for victory after five days where the bat dominated over ball.

England had started the last day with some hope of winning but was unable to bowl Australia out on a flat and lifeless pitch that offered virtually no assistance to either their pace or spin bowlers.

"That's as flat a wicket as you'll ever see - another four days and it would be exactly the same," England captain Joe Root said.

"We did everything we could on a very flat wicket that was not offering the bowlers very much at all."

The Australian captain Steve Smith, who steered his team out of danger to salvage a draw with an unbeaten 102 in his team's second innings, was also critical of the pitch, saying it became too predictable and easy to bat on.

"I just think it just needs to do something, it hasn't changed over five days and I'd say if we were playing for the next couple of days it probably wouldn't change at all either," he said.

"It's got to find a way to have some pace or bounce or take some spin or do something.

"Obviously we saw a reasonable amount of reverse swing throughout the game but the ball just gets so soft so quickly because the surface is quite hard itself. It gets soft and doesn't carry through and it's really difficult to get people out."

The MCC responded to the complaints with a statement saying it had been using drop-in pitches for 20 years and while it was rare for matches to end in draws, it would carry out a full review.

"While this test pitch did produce a good contest, it has not contained the pace and bounce that we expected," MCC chief executive Stuart Fox said. "As the game progressed, the surface did not deteriorate nor bring the level of unpredictability that was anticipated. We review all elements of our performance at the conclusion of every event, and the quality of the pitch is no exception.

"We will take on board feedback from the players, umpires and cricket bodies, as well as our own observations. Our new head curator, Matthew Page, will take on pitch preparation duties in the coming weeks and we look forward to his input. Overall, we remain confident and determined to produce portable wickets that generate entertaining Test cricket. Portable pitches have been used at the MCG for more than 20 years and drawn Tests have been a rarity in that time."