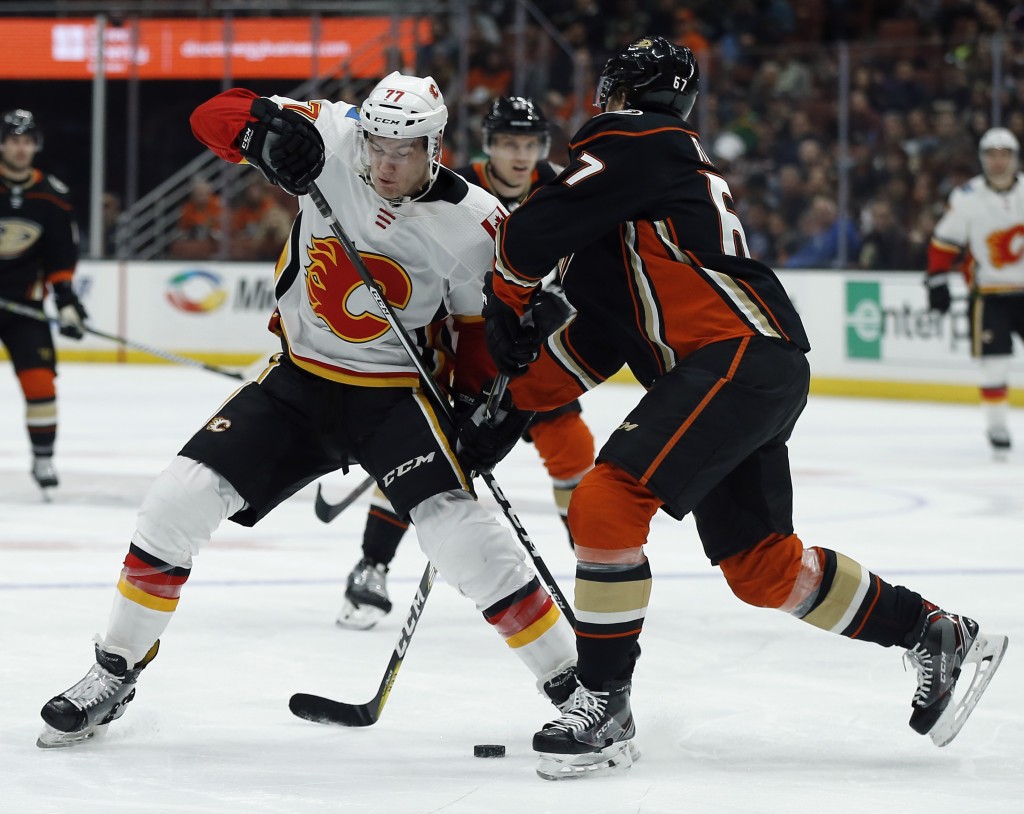 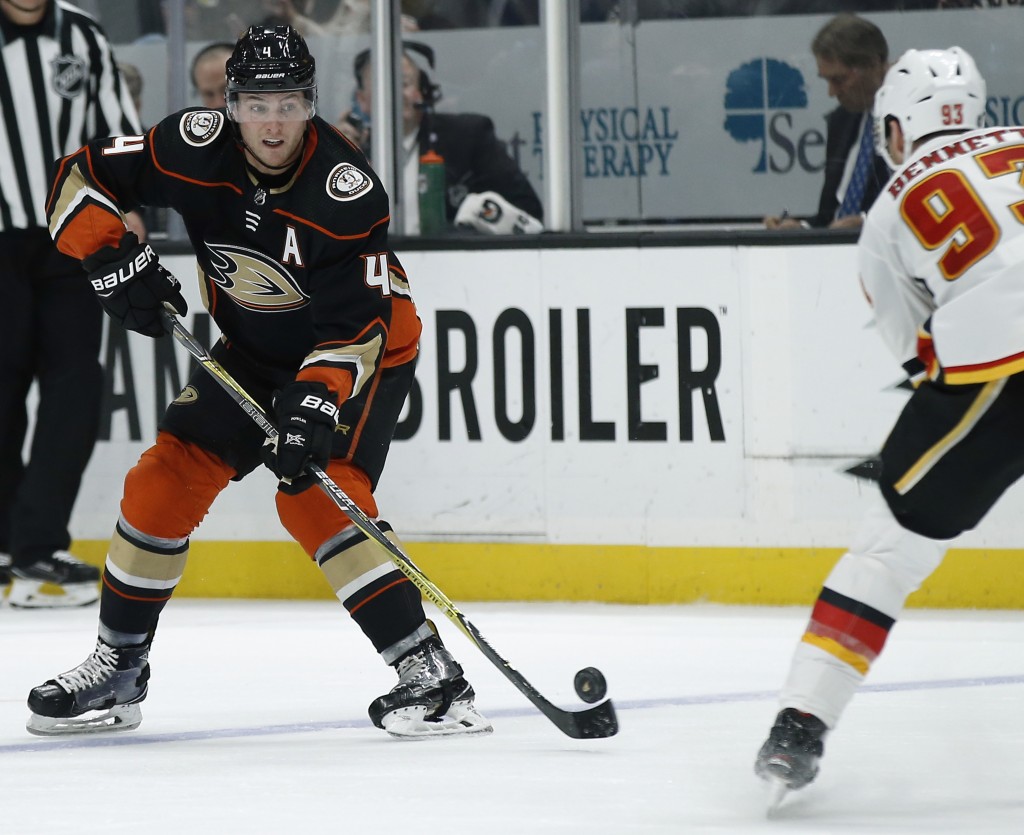 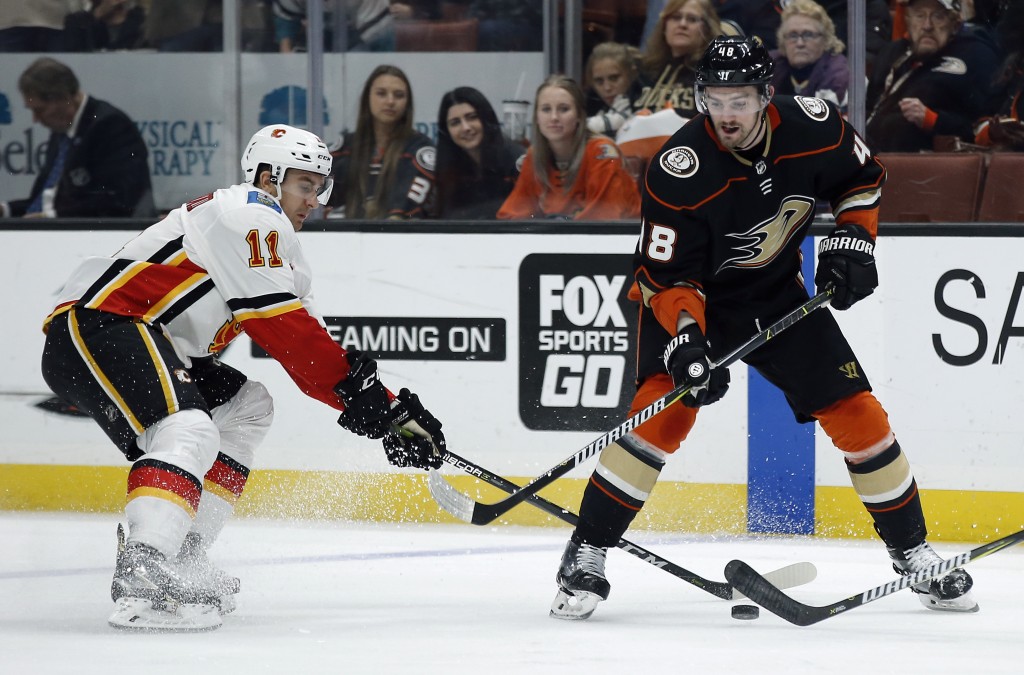 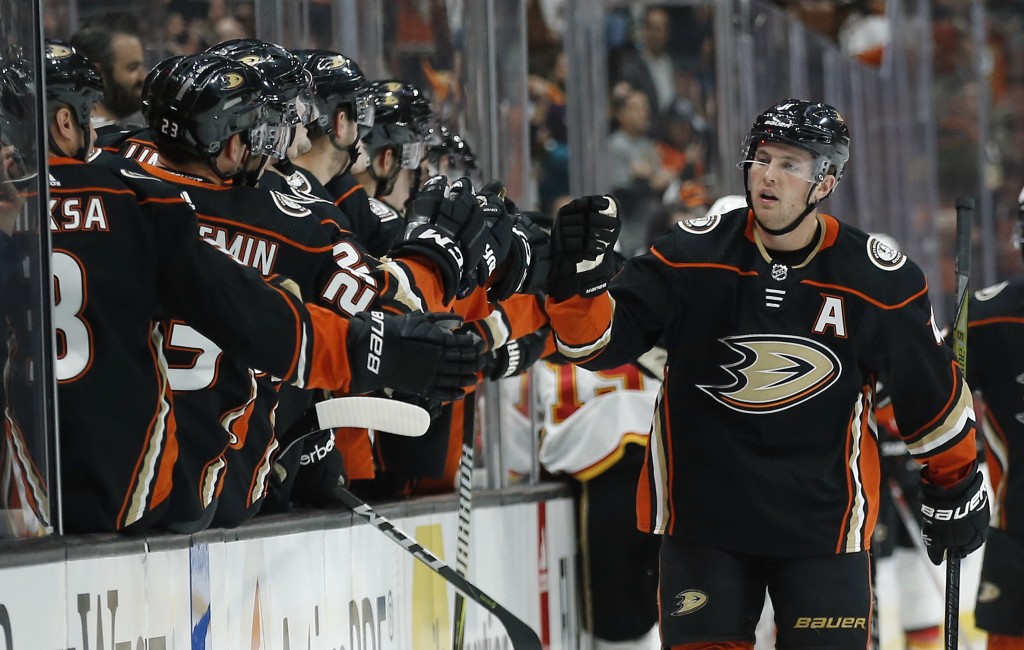 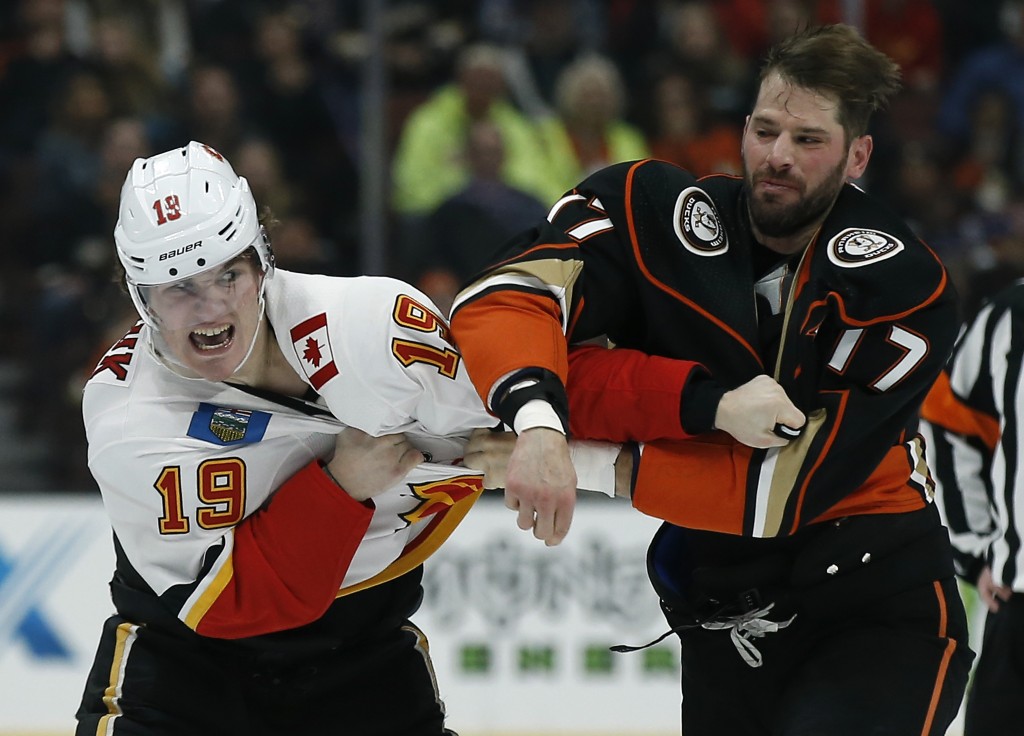 ANAHEIM, Calif. (AP) — Rickard Rakell scored in his fourth straight game to lift the Anaheim Ducks over the Calgary Flames 2-1 on Friday night.

The Ducks have won three of four following a three-game skid and 26 of 27 at home against Calgary. John Gibson made 22 saves and Cam Fowler also scored for the Ducks.

Rakell made it 2-1 with a power-play one-timer from Ryan Getzlaf 2:17 into the third period. It was Rakell's 12th goal.

Fowler opened the scoring 3:48 into the game when he fired a backhander past an outstretched Smith.

The Ducks thought they went up 2-0 with time running out in the first when the puck crossed the goal line, but upon video review, it was determined Ryan Kesler kicked it in and the goal was disallowed.

Anaheim outshot the Flames 20-5 in the first period, a frame that included a sprawling save by Smith on Andrew Cogliano in the first three minutes and a big glove save on Fowler a little over five minutes in.

The Flames tied it 11:55 into the second period when Ferland buried a rebound off Matt Bartkowski's shot.

NOTES: Anaheim had at least 40 shots on goal for the sixth time this season. ... Flames F Jaromir Jagr played in his 1,732nd game, giving him sole possession of third place on the NHL's career list. ... The Ducks sent F Dennis Rasmussen to their AHL affiliate in San Diego. ... Scratches for the Ducks were Korbinian Holzer, Derek Grant and Andy Welinski. ... Scratches for the Flames were Freddie Hamilton, Brett Kulak and Michael Frolik.

Ducks: Anaheim ends its three-game homestand against Arizona on Sunday. The Ducks then will go on the road for five games.