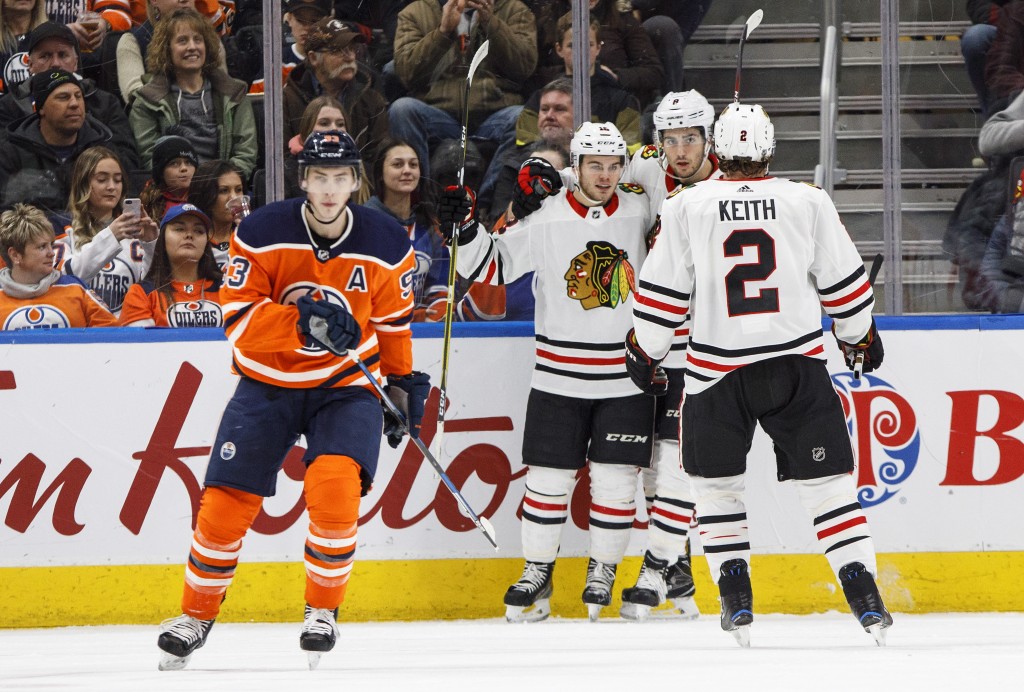 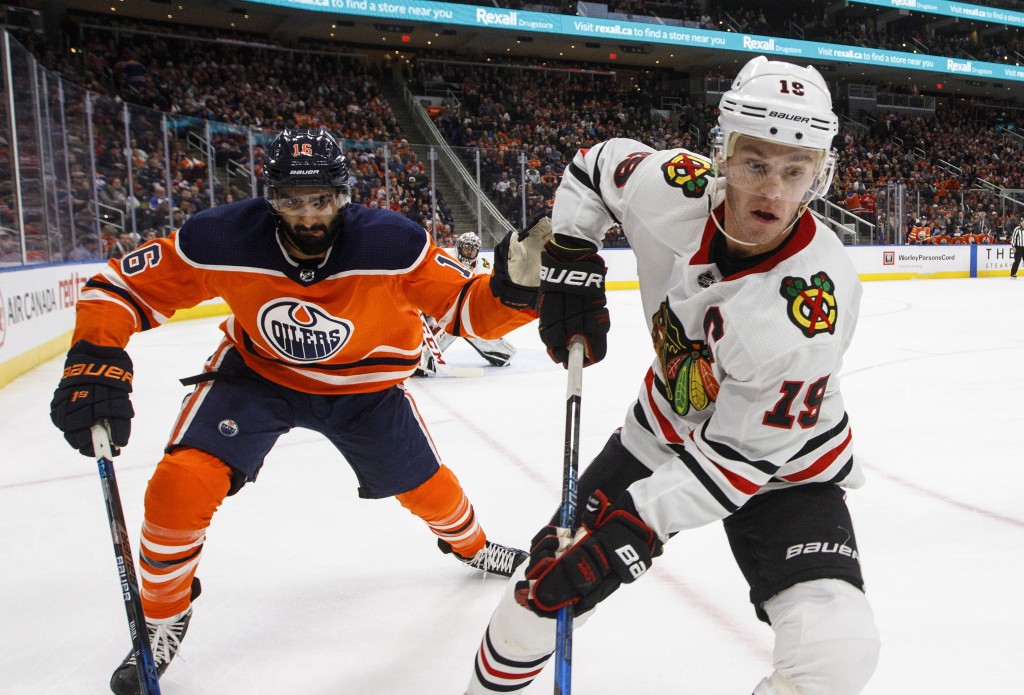 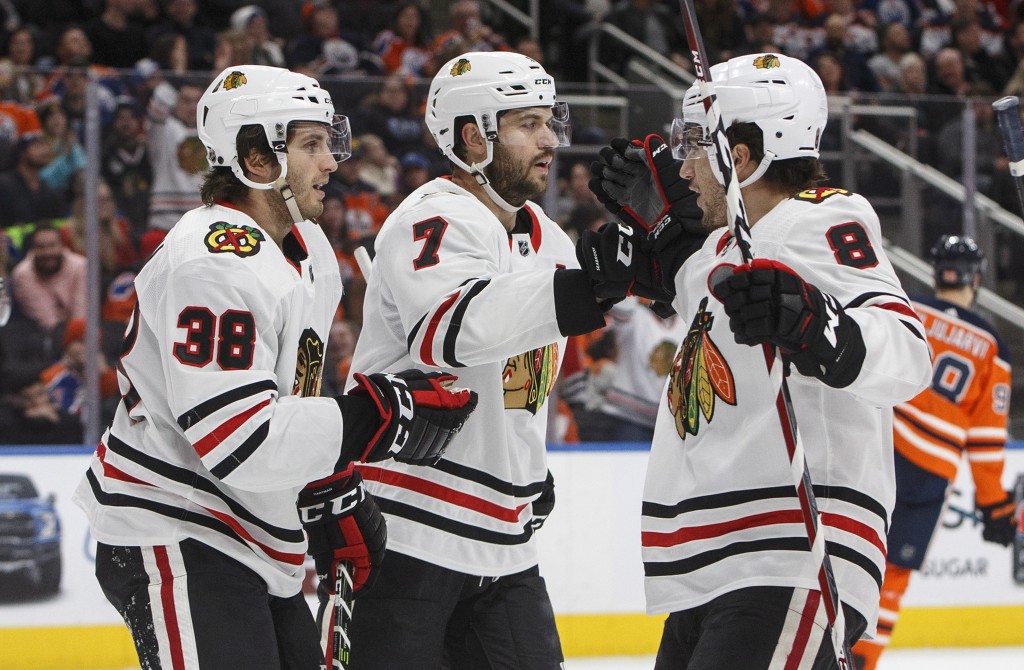 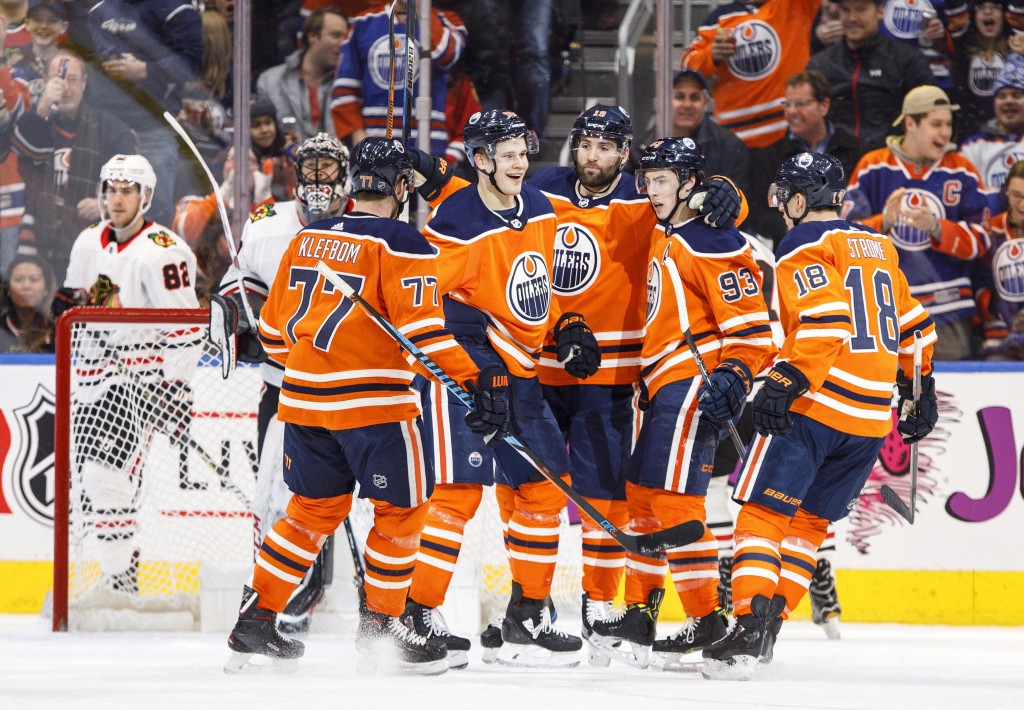 EDMONTON, Alberta (AP) — Patrick Kane scored 50 seconds into overtime to give 32-year-old goaltender Jeff Glass a win in his NHL debut and lift the Chicago Blackhawks over the Edmonton Oilers 4-3 on Friday night.

Kane deked around a defender then shoved in the rebound of his own shot past Cam Talbot.

After scoring, Kane pointed toward the other end of the ice at Glass, and teammates quickly enveloped the journeyman. The Calgary native made 42 saves in his debut, which came 12 seasons after his first minor league game.

Puljujarvi's power-play goal with 5:34 remaining in the first opened the scoring on Edmonton's 17th shot on goal. The Blackhawks tied it with 55 seconds left in the first when Hartman swatted in a rebound.

Chicago took a 2-1 lead on the power play with six minutes left in the second as an Oilers miscue ended with DeBrincat putting a shot through Talbot's legs for his 13th.

The Blackhawks took a two-goal lead with another power-play goal at 8:28 of the third when Oesterle's point shot hit the crossbar and caromed off Talbot's back.

Nugent-Hopkins scored with a shot off a defender with 2:19 left, and then Draisaitl got his 10th to tie it with 55 seconds left and Talbot pulled for an extra attacker.

NOTES: It was the second of three meetings between the teams this season. Edmonton beat Chicago 2-1 in overtime on Oct. 19. ... It was the first time this season the Oilers have had their projected six starting defenseman in the lineup at the same time.