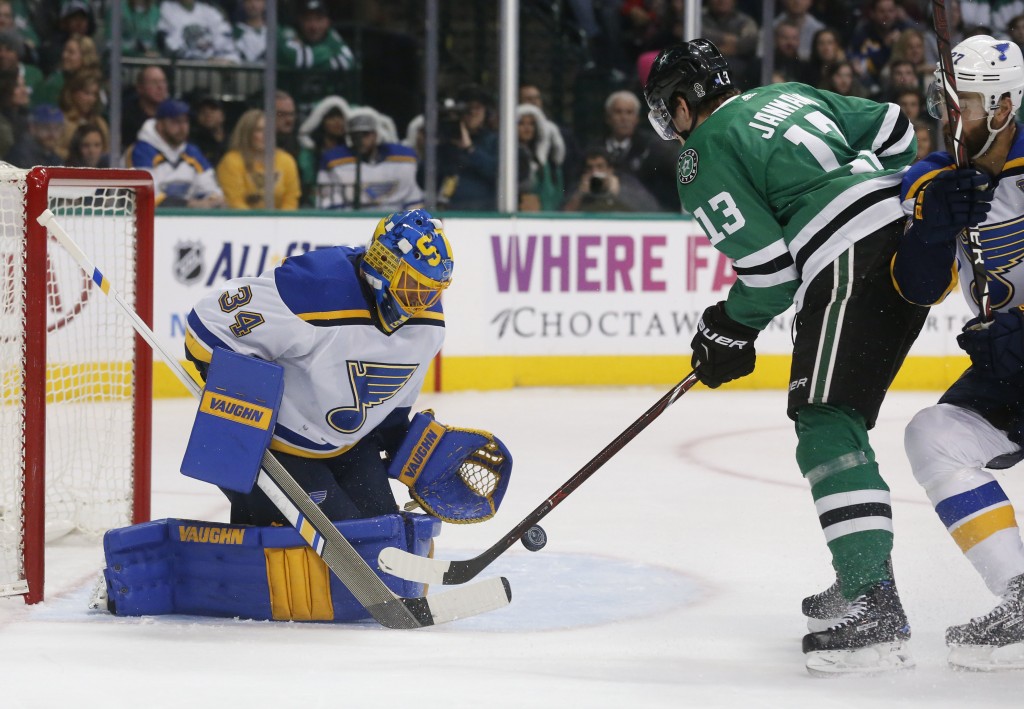 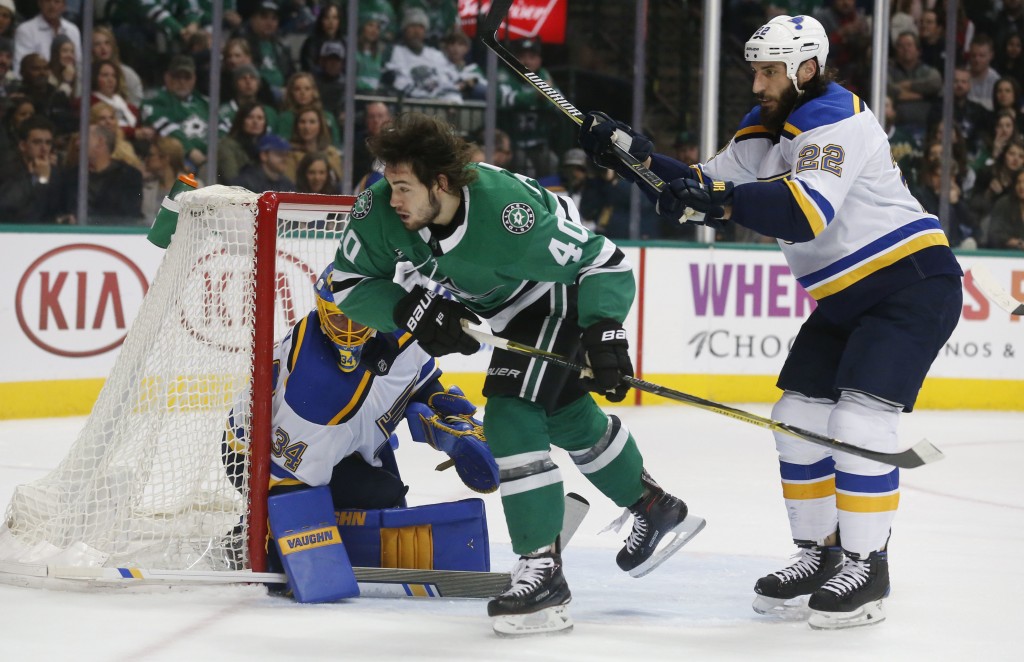 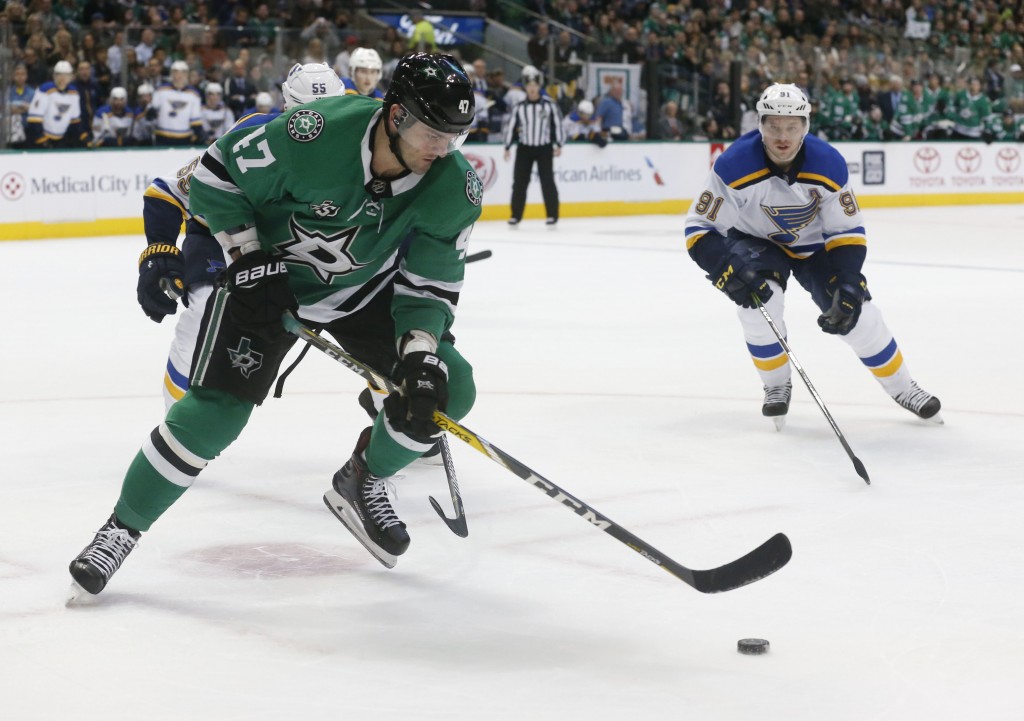 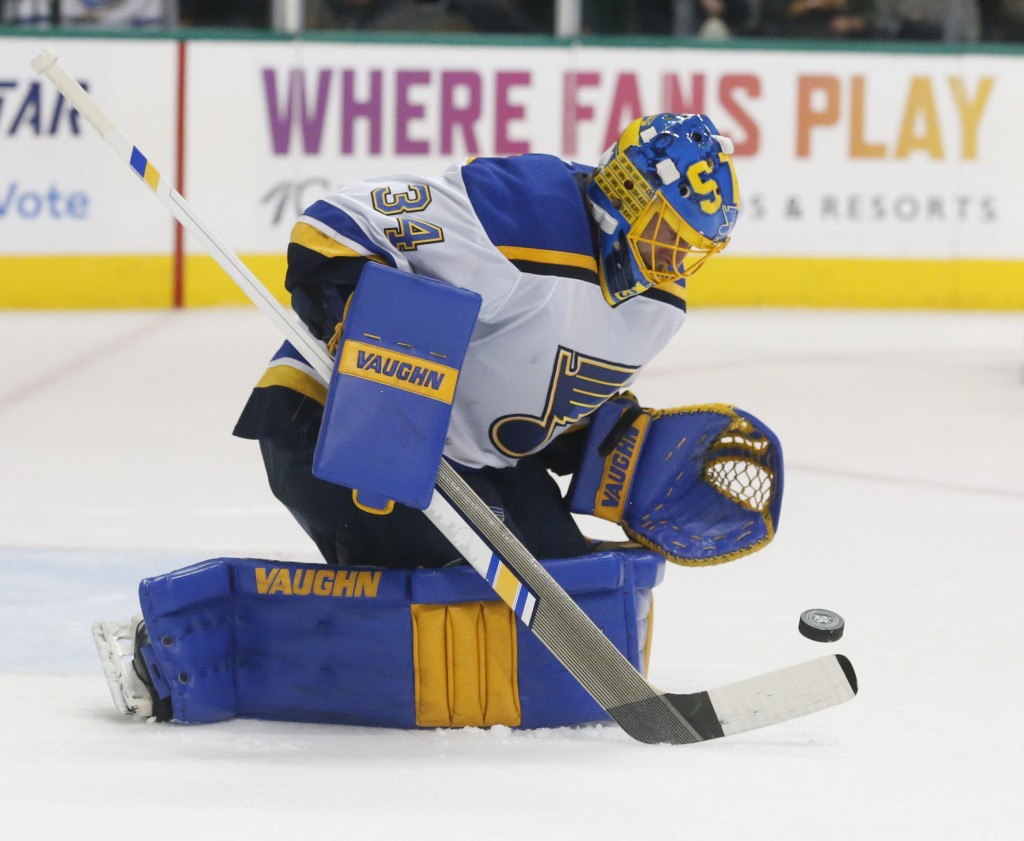 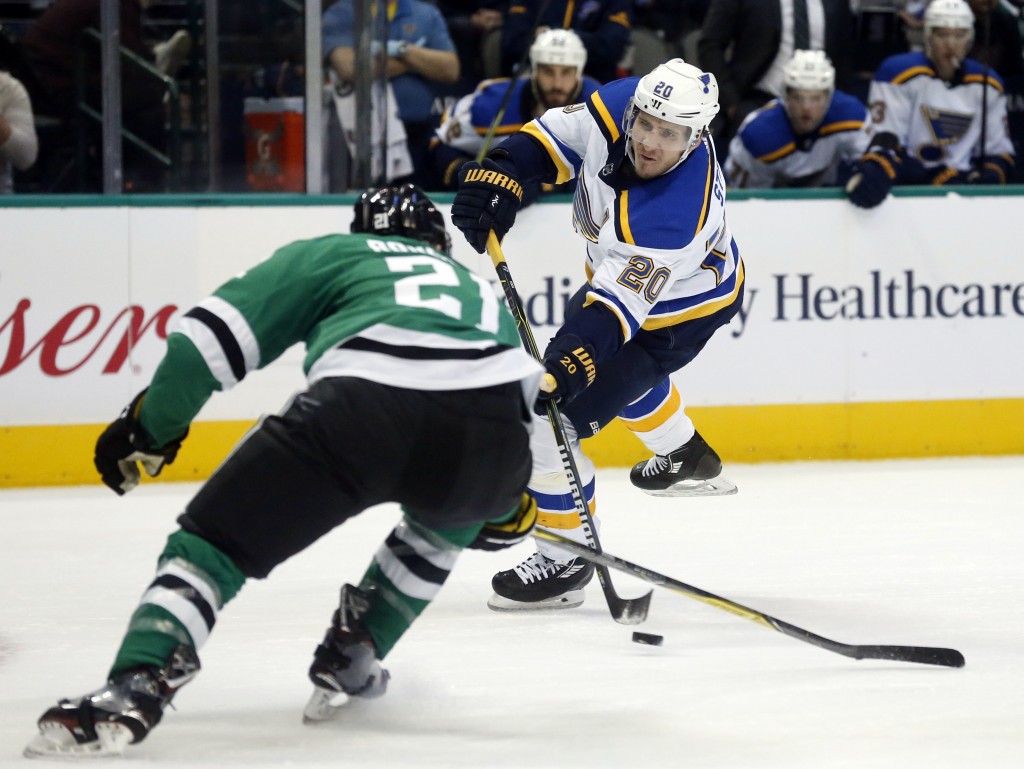 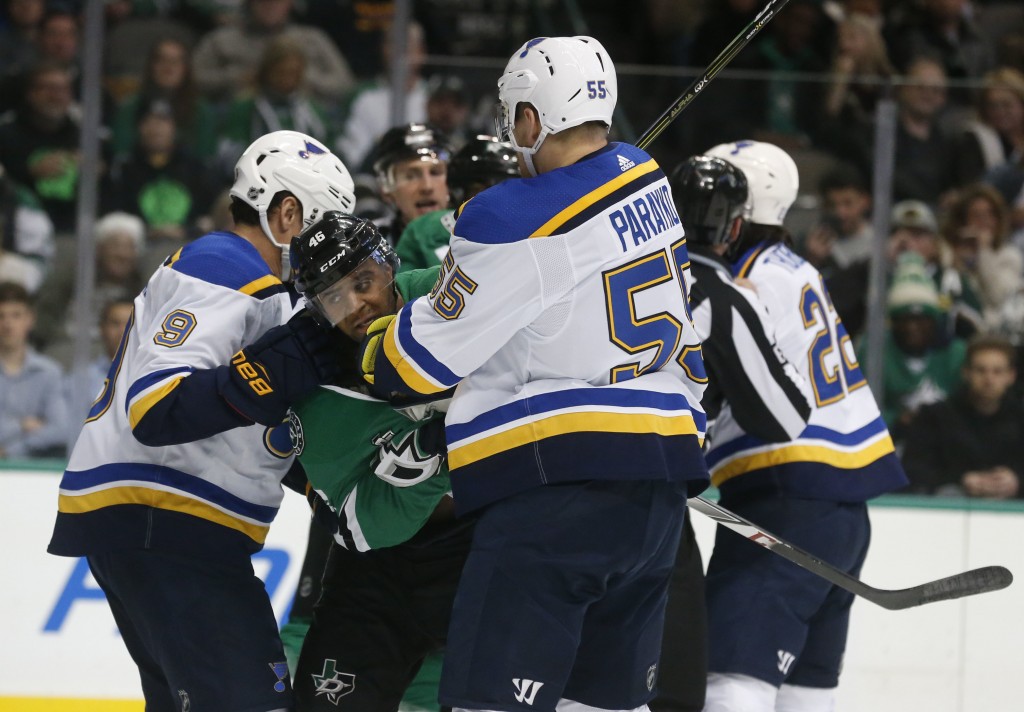 DALLAS (AP) — Alexander Radulov had a power-play goal and an empty-netter in the final 2:21 to lift the Dallas Stars over the St. Louis Blues 4-2 on Friday night.

Radulov took in the puck off a faceoff and sent a low shot for his fourth winner of the season, then tapped in the rebound of a shot off the post with 1:39 left.

Dallas led 1-0 through two periods on a goal by Mattias Janmark, but Vladimir Tarasenko and Tage Thompson scored 1:05 apart in the third period to put St. Louis up 2-1. Jamie Benn tied it at 2 with a backhand goal at 15:10.

Ben Bishop made 35 saves for the Stars.

Blues starting goalie Jake Allen left with 18:39 to play after he was knocked back into the crossbar. Carter Hutton replaced him briefly, but Allen returned to finish the game and made 25 saves.

When Bishop failed to clear the puck and get back to the net, Tarasenko sent a shot from the left faceoff circle at 3:26 of the third for an unassisted goal. Tarasenko's goal was his 13th in 21 career games against Dallas. He had scored only one goal in the previous eight games, during which time St. Louis scored only 10 and lost six times.

Thompson followed with a shot from above the right circle at 4:31 for his second goal in nine NHL games.

After a scoreless first period, Dallas killed off a 5-on-3 power play early in the second. Bishop stopped shots by Alex Pietrangelo and Paul Stastny from the slot.

Janmark scored 45 seconds after the power play ended, at 3:49. Jason Spezza dug out the puck along the right-wing boards and passed across to Janmark in the slot. He put a short shot into the vacant left side of the net.

NOTES: Bishop was playing in his 300th NHL game. ... The Blues had won the previous five games against Dallas. ... St. Louis' penalty-killing unit came in with 25 successes in 26 tries over the last eight games, and 41 of 43 penalties killed in December. ...The Stars converted 1 of 5 power plays and have scored on the power play in four straight games and five of six.

Stars: Play the second game of a six-game homestand, their longest this season, on Sunday vs. San Jose.