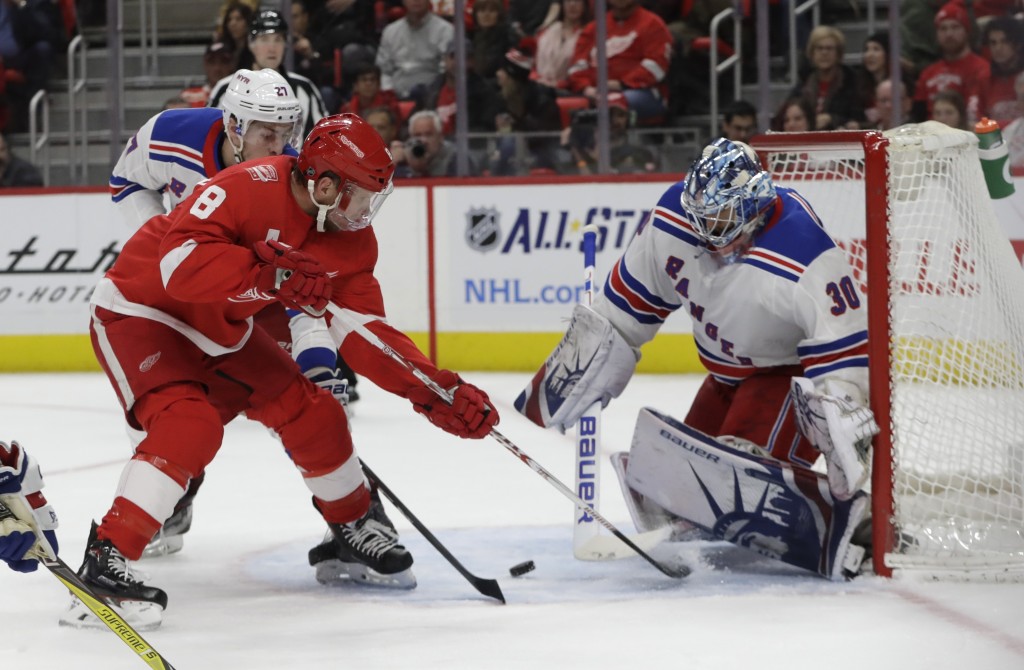 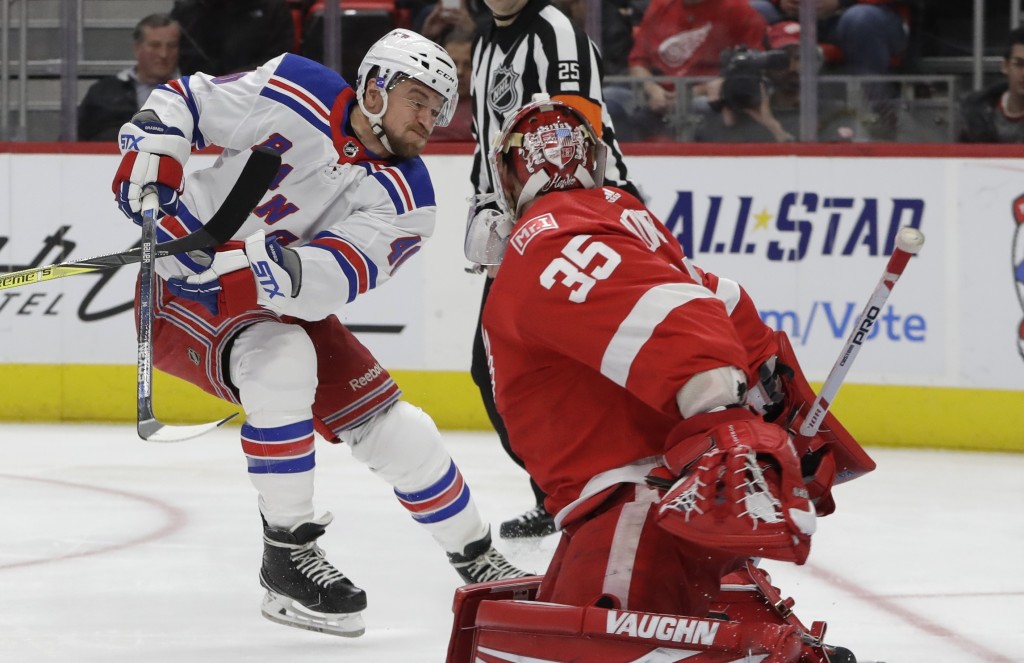 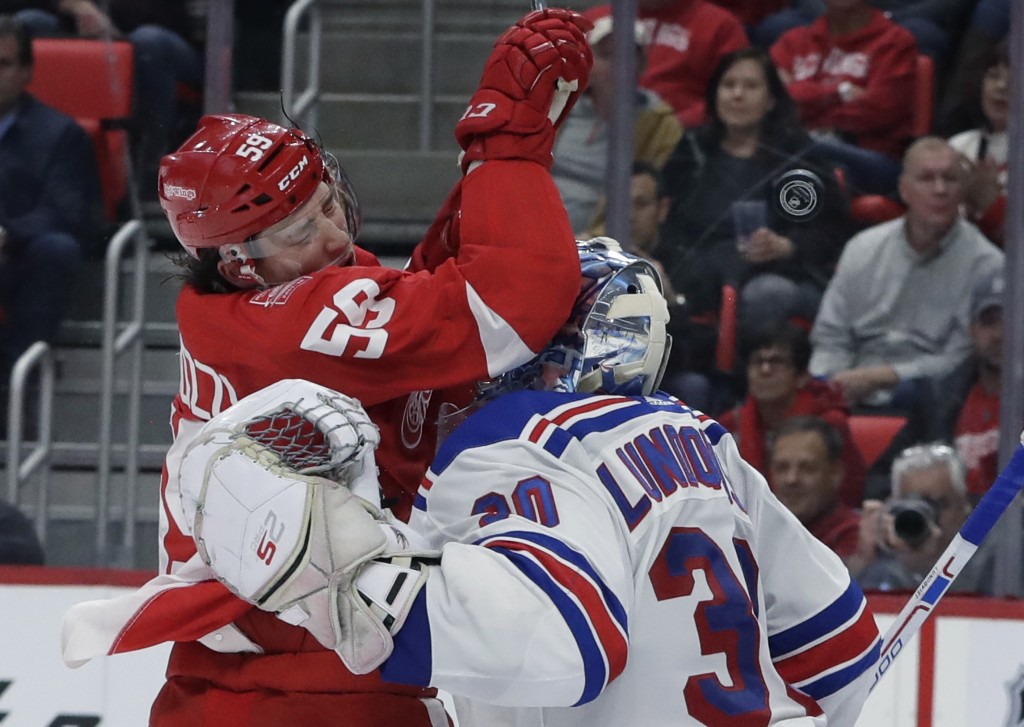 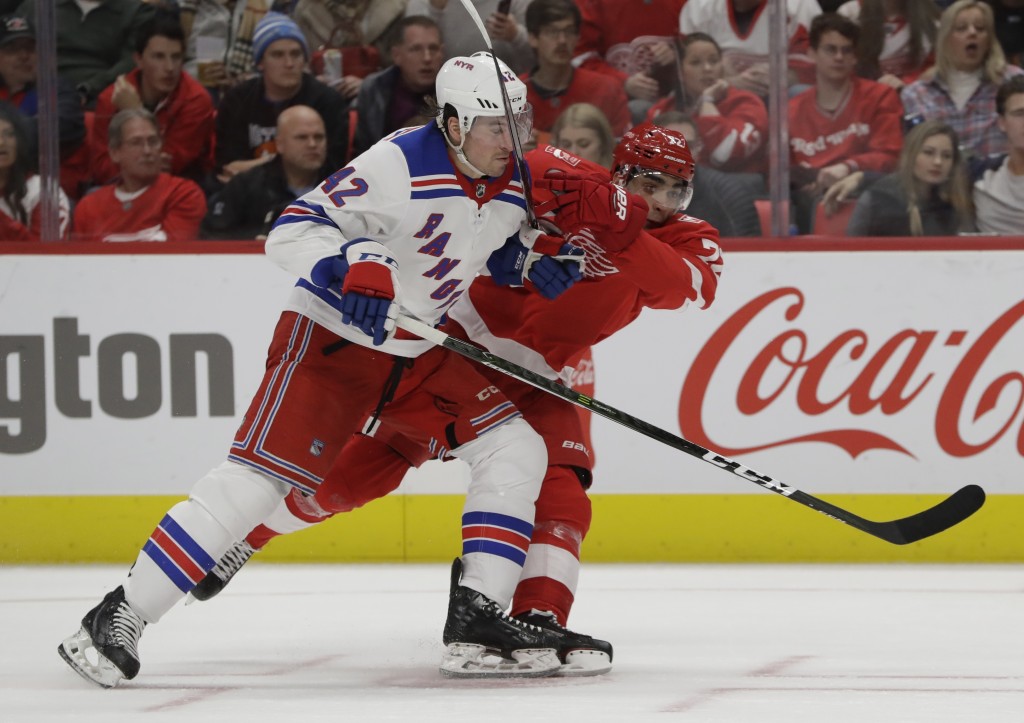 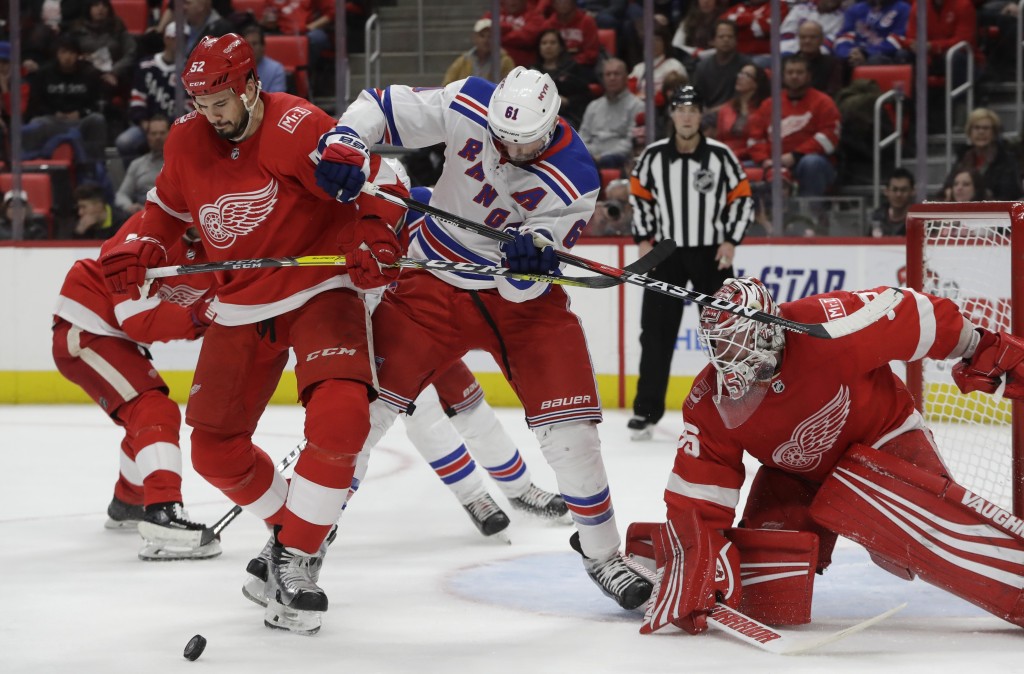 DETROIT (AP) — Frans Nielsen scored the only goal in the shootout to lift the Detroit Red Wings over the New York Rangers 3-2 on Friday night.

Nielsen beat Henrik Lundqvist through the pads for his 47th career shootout goal and 21st winner, both NHL records.

Detroit goalie Jimmy Howard stopped Brady Skjei on a penalty shot in overtime and then foiled all three Rangers shooters. Howard had 37 saves.

Henrik Zetterberg and Andreas Athanasiou scored for the Wings, and David Desharnais and Vinni Lettieri scored for New York.

Zetterberg stuffed his own rebound behind Lundqvist at 7:05 of the third period to tie it at 2. It was the second goal in 30 games for the Wings captain.

Lettieri, making his NHL debut, drove a cross-ice feed from Boo Nieves for his first goal 3:25 into the third.

The Rangers, who didn't get their first shot on goal until 6:31 into the first, opened the scoring with 2:25 remaining in the period. Left unattended at the edge of the crease, Desharnais easily shoveled Jimmy Vesey's feed to end an 11-game scoring drought.

The Wings tied it 7:46 into the second. Athanasiou used a burst of speed to get by defenseman Nick Holden and whipped a quick shot over Lundqvist's left pad. It was Athanasiou's first goal in 15 games.

NOTES: RW Anthony Mantha, who leads the Red Wings with 13 goals, was scratched due to an undisclosed injury. ... C Luke Glendening (hand) and D/RW Luke Witkowski were Detroit's other scratches. ... Lettieri's father, Tino Lettieri, was a professional soccer goalkeeper who played for Canada at the 1986 World Cup in Mexico. His grandfather is former NHLer and U.S. Hockey Hall of Fame enshrinee Lou Nanne. ... C Chris Kreider (blood clot in right arm), RW Jesper Fast (quad strain) and D Steven Kampfer were scratched by the Rangers.

Rangers: Play Buffalo on Monday in the Winter Classic at Citi Field.