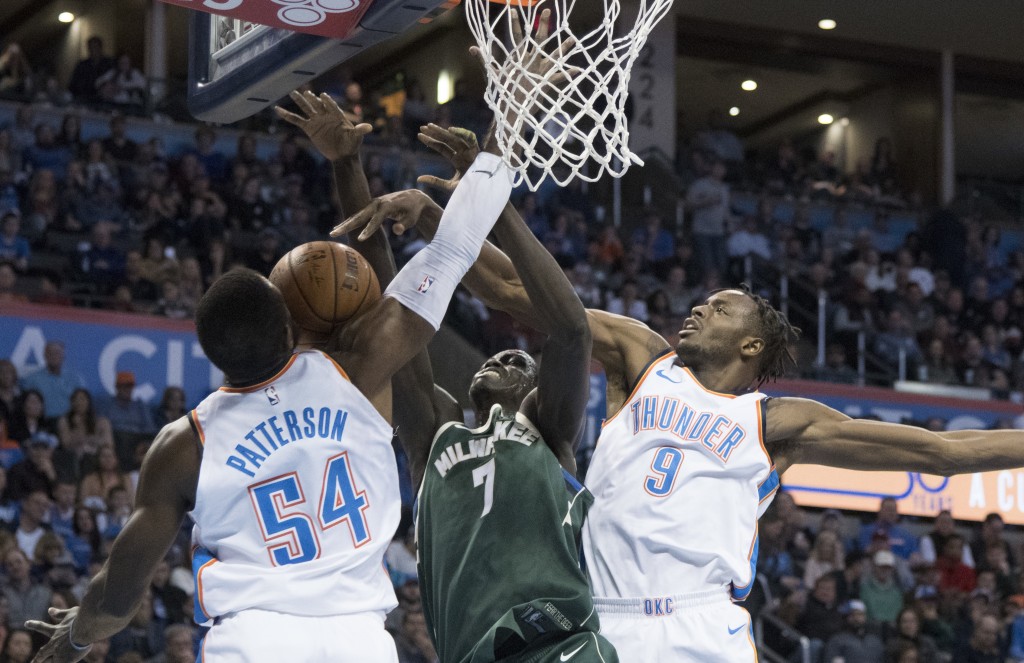 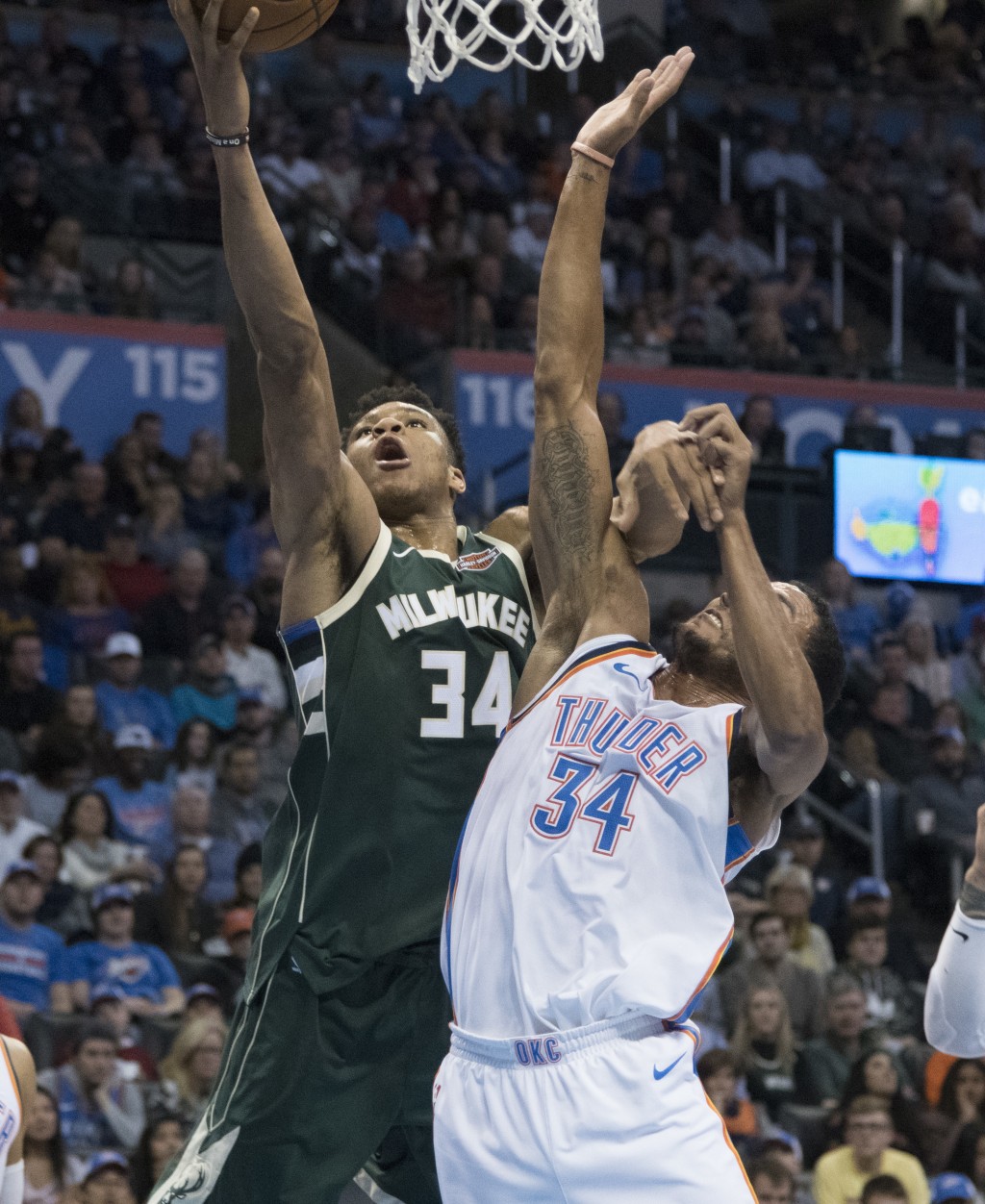 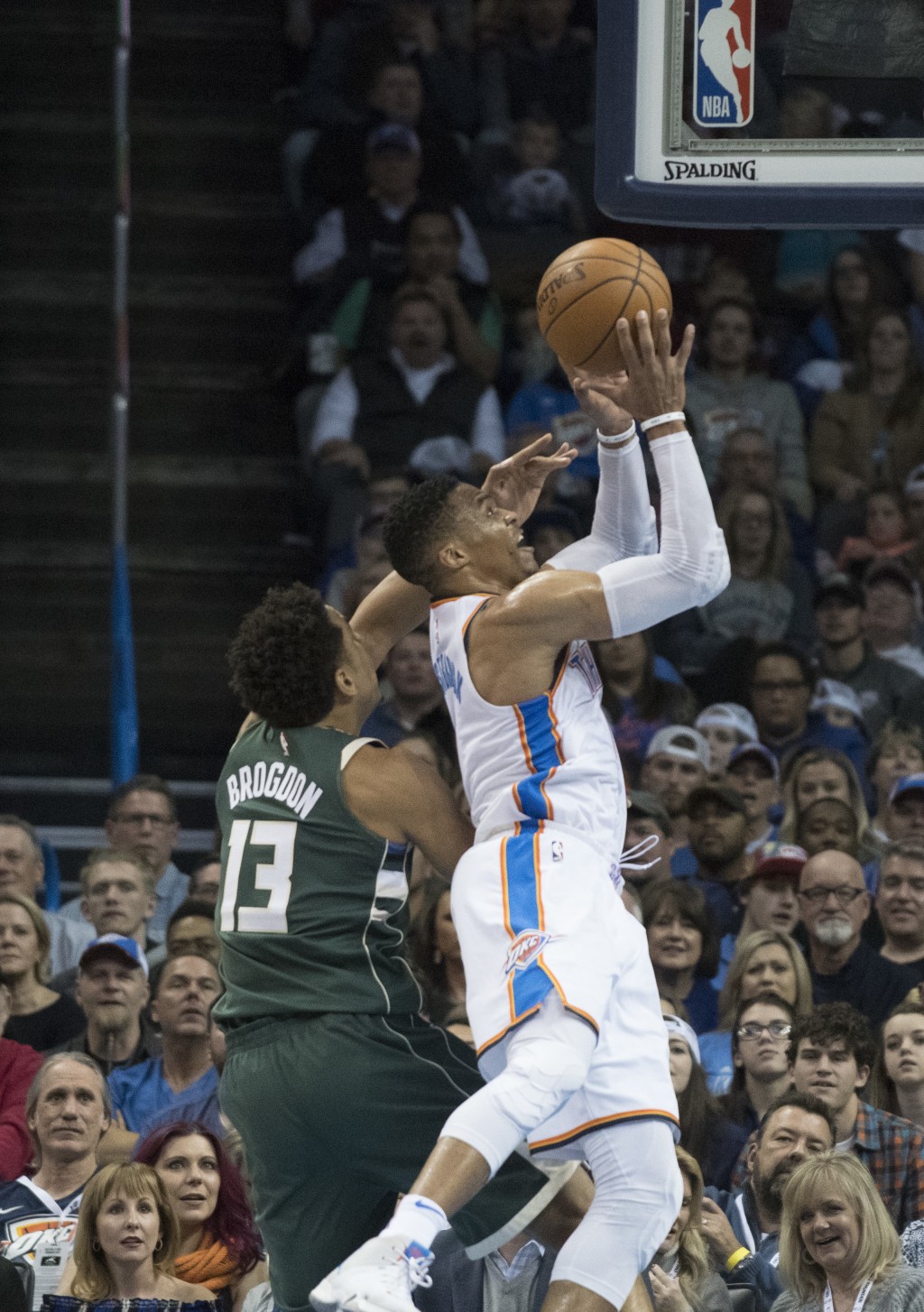 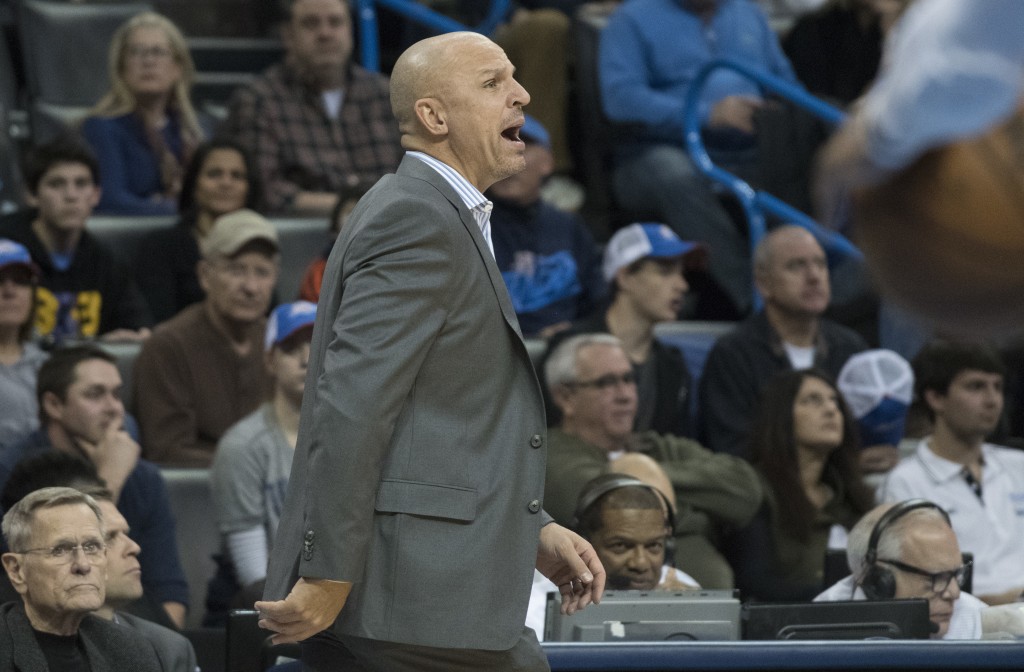 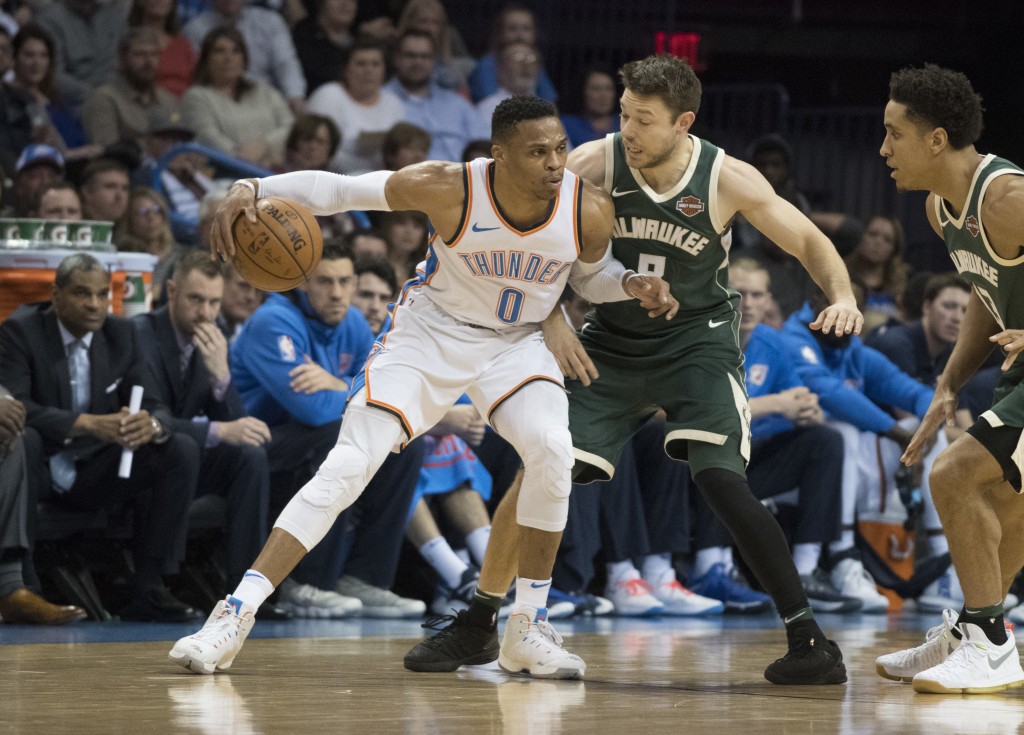 Replays clearly showed Antetokounmpo stepped out of bounds on his drive, but officials Derek Stafford, Ben Taylor and Leon Wood refused to review the play after the buzzer sounded, despite the pleas of Thunder coach Billy Donovan and several of his players.

Russell Westbrook led Oklahoma City with 40 points, 14 rebounds and nine assists. The Thunder had gone 11-3 in December before playing Friday without one of its stars, Paul George, who sat out with left knee soreness.

Khris Middleton scored 20 points and John Henson added 18 points for the Bucks, who completed a sweep of the Northwest Division's top two teams on consecutive nights. Milwaukee rallied from 20 points down in the third quarter on Thursday to beat Minnesota, then jumped to a 22-point first-half lead against Oklahoma City and held on.

Facing the NBA leader in opponent turnovers (17.3), the Bucks committed only nine turnovers. Milwaukee entered the game averaging 13.4 turnovers, second-best in the league.

Oklahoma City had won four straight home games against Milwaukee and five of their last six overall against the Bucks, but the Thunder started the game by making just one of their first eight shots as the Bucks raced to a 16-2 lead.

Milwaukee led 41-19 less than 30 seconds into the second quarter. Oklahoma City cut its deficit to 58-44 by halftime and pulled within 65-62 on Josh Huestis' 3-pointer with 4:33 left in the third quarter, but Westbrook missed a 3-point attempt that would have tied the game.

Oklahoma City was within 76-69 with 10:47 left, but Middleton scored seven straight points to rebuild Milwaukee's lead to 14 points.

The Thunder made one last run, tying the game at 95 on Westbrook's 3-pointer with 4.7 seconds left.

Bucks: Milwaukee's streak of scoring 100 or more points ended at 17 games, its longest since doing so in 22 straight games in the 1986-87 season ... The Bucks' 38 points tied the most by a Thunder opponent in the first quarter this season, matching Toronto, which did so Wednesday. ... Eric Bledsoe committed four first-half fouls in eight minutes ... Antetokounmpo, who also had 12 rebounds, has 17 double-doubles this season.

Thunder: Alex Abrines started in place of George. It was Abrines' fifth start of the season, but he was scoreless in 10 first-half minutes. Josh Huestis started the second half in his place. ... Westbrook scored his 16,000th career point, making him the 112th NBA player to do so.

Bucks: Visit Toronto on Monday, the first of two games in five days for Milwaukee against the Raptors, with a home game against Indiana in between on Wednesday.

Thunder: Host Dallas on Sunday to wrap up a four-game homestand.