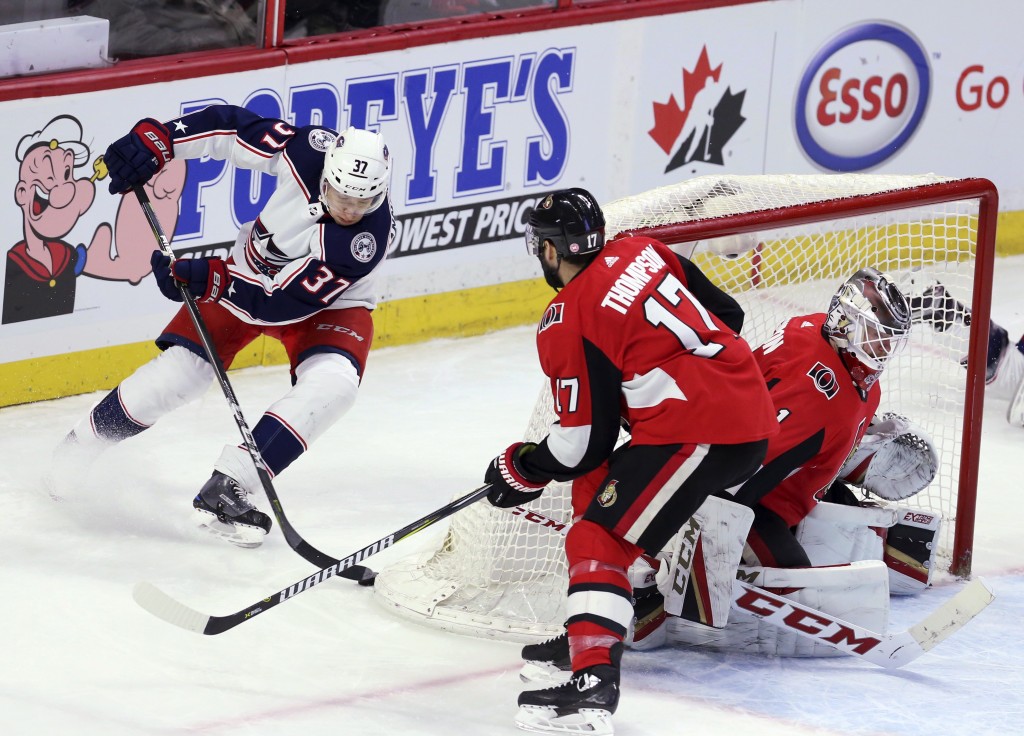 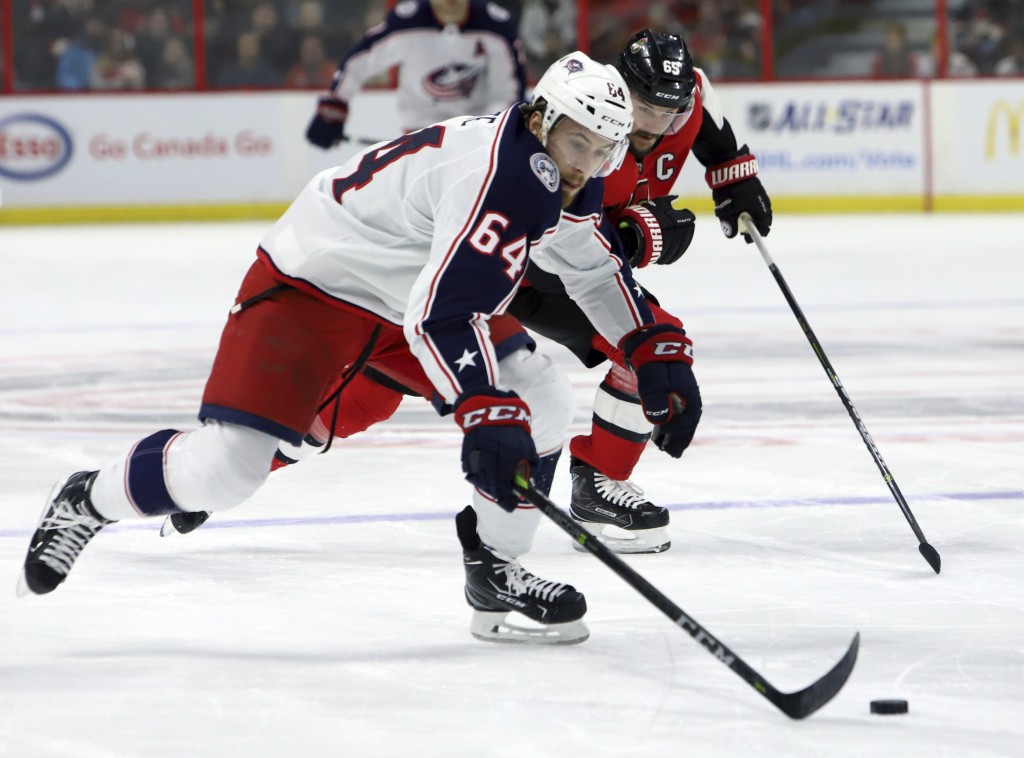 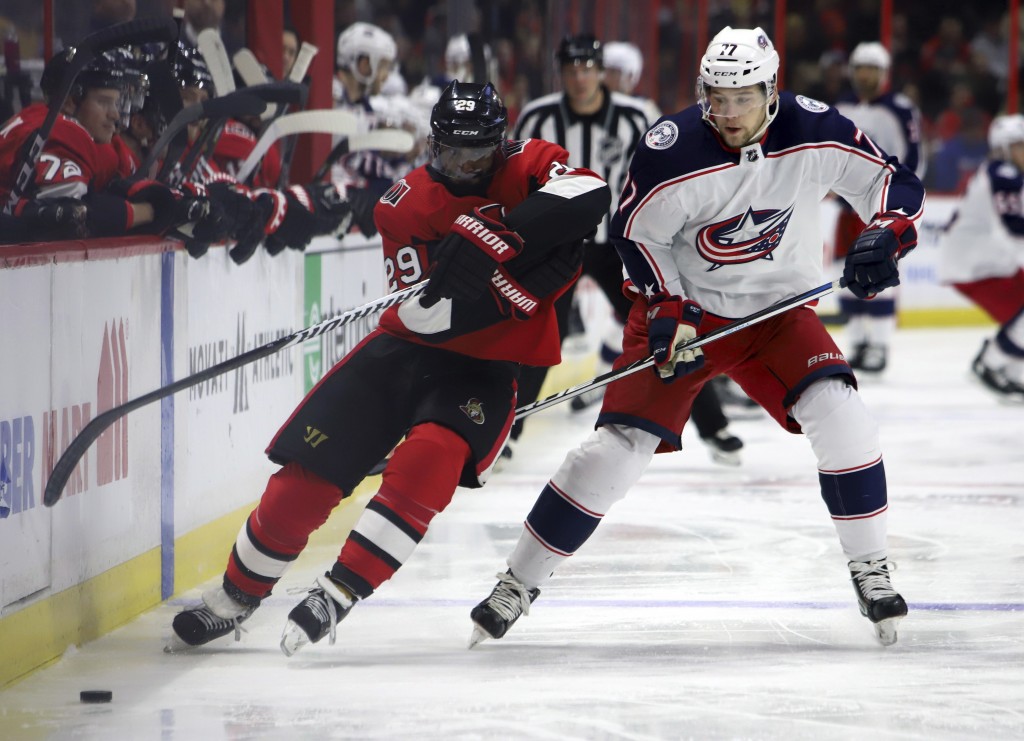 OTTAWA, Ontario (AP) — Mark Stone and Bobby Ryan scored in the third period and the Ottawa Senators held off the Columbus Blue Jackets 5-4 on Friday night.

Zach Werenski scored on the power play with 32 seconds left for the Blue Jackets. Sonny Milano struck twice, and Josh Anderson also scored. Sergei Bobrovsky made 23 saves in a failed bid for his 200th victory.

There was no scoring in the first period, although both sides had a short-handed breakaway.

A total of six goals were scored in the second, four in a 3:09 span.

Milano scored his first at 4:15 when he put a rebound off the end boards past Condon a second after a penalty to Ryan expired.

The Senators got that one back at 5:42 when Brassard stole the puck from Jordan Schroeder at the side of the net and eventually put a backhander past Bobrovsky.

Anderson and Milano scored 13 seconds apart. Anderson beat Condon first from the faceoff dot to the left of the netminder, and Milno connected from the same spot to his right.

Bobrovsky then gave Paul his first goal of the season at 14:14 to cut the lead to 3-2. Paul sent a weak shot toward the net that Bobrovsky redirected off his stick, through his legs and in.

Duchene then tied it at 18:52 when he faked forehand before beating Bobrovsky with a backhand on a breakaway.

NOTES: Ottawa's Fredrik Claesson served the first of a two-game suspension for a hit on Boston's Noel Acciari on Wednesday night. Dean Kukan was scratched for the Blue Jackets. ... Senators forward Alex Burrows remains an assist shy of 200 for his career.