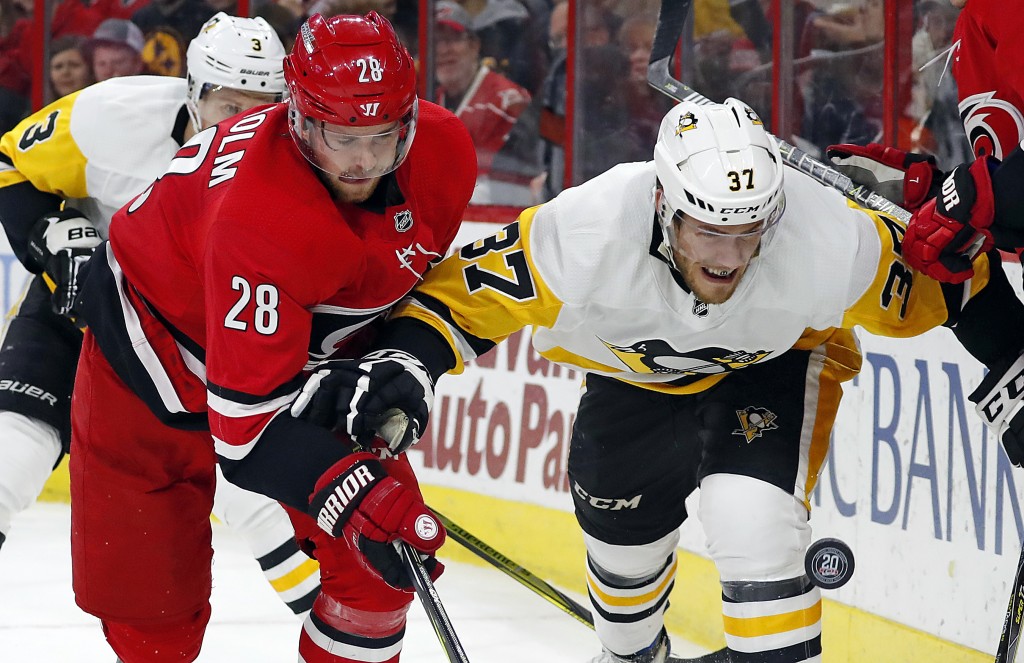 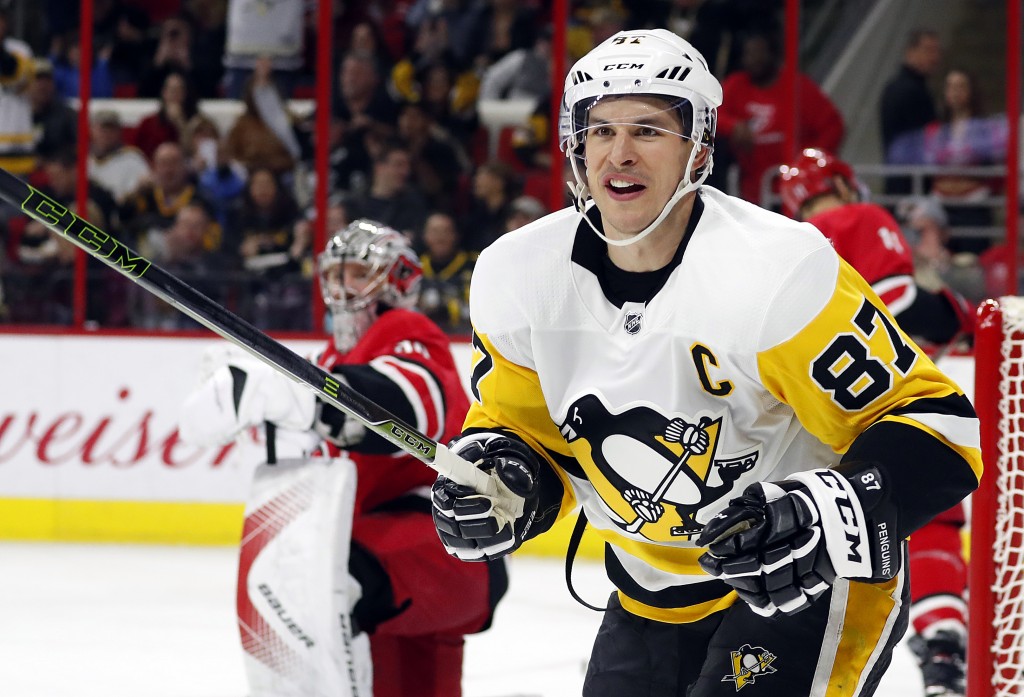 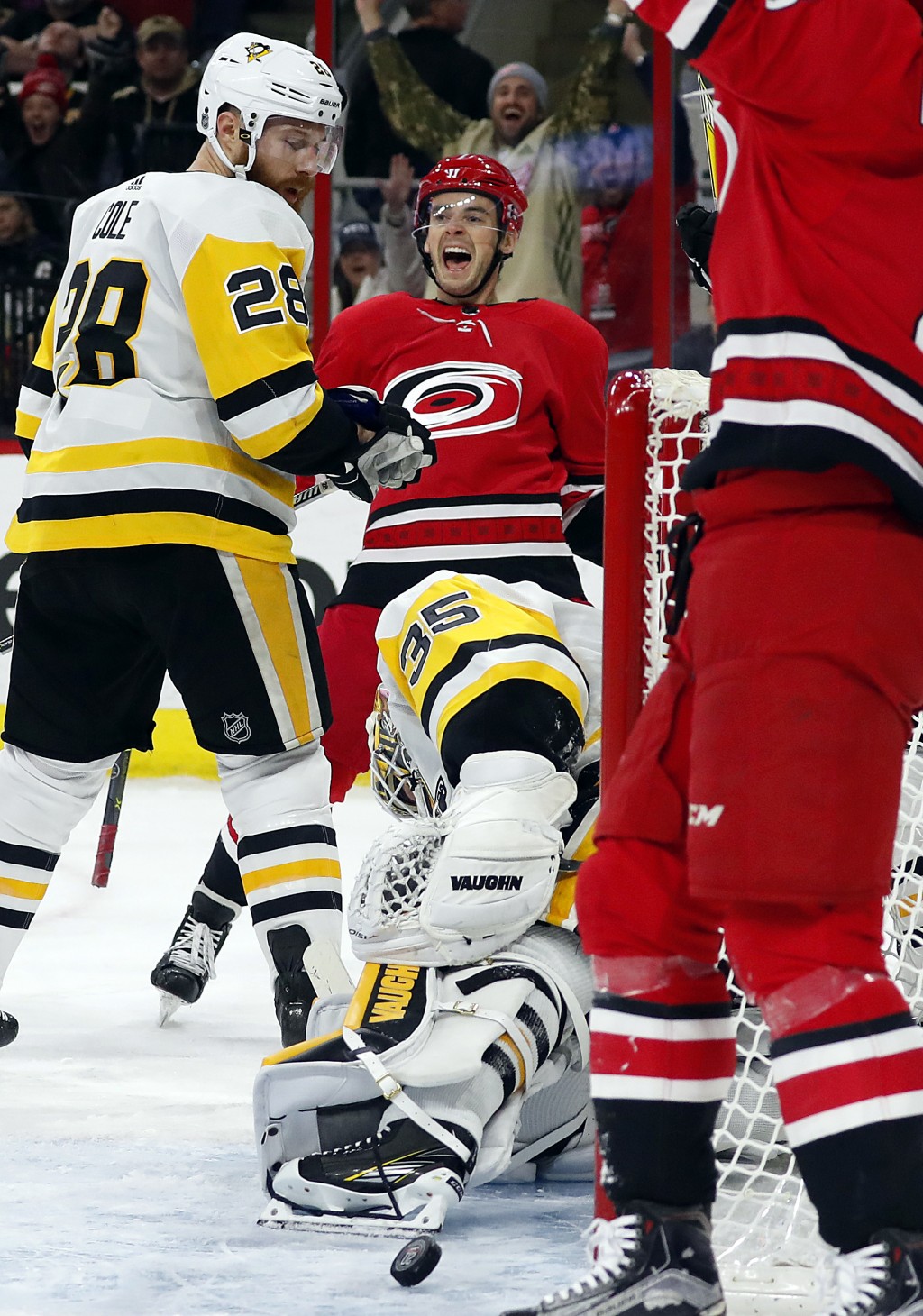 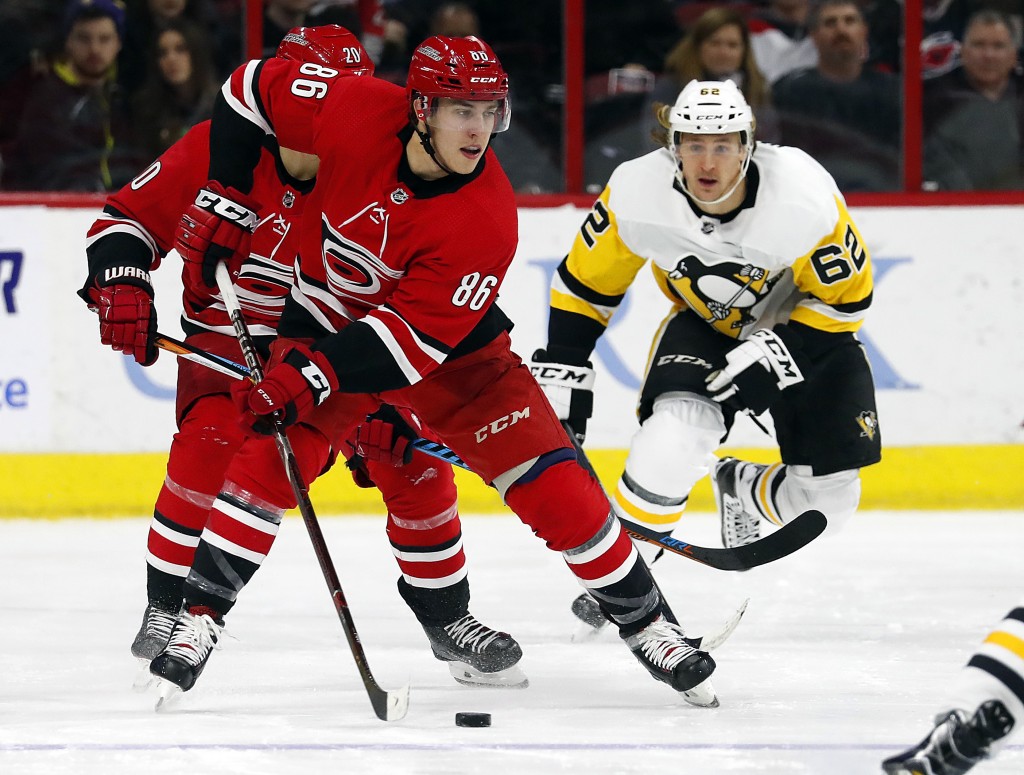 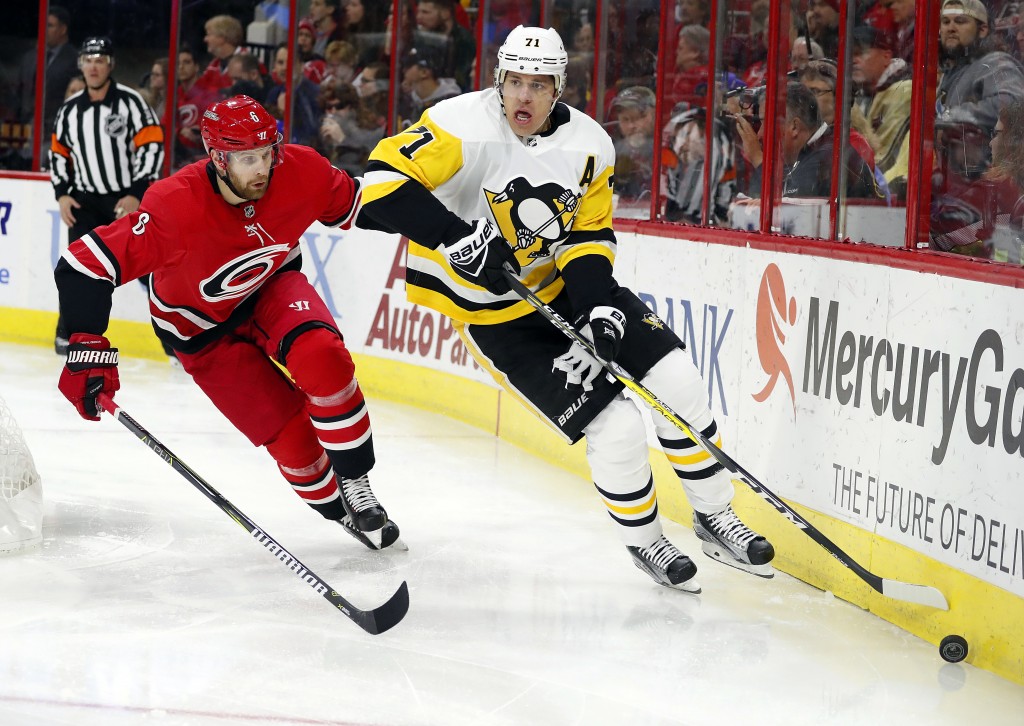 RALEIGH, N.C. (AP) — Sebastian Aho scored the go-ahead goal with 1:55 left in the second period and the Carolina Hurricanes earned their season-best fourth straight win by beating the Pittsburgh Penguins 2-1 on Friday night.

Derek Ryan had a goal earlier in the second for Carolina, which improved to 7-0-1 in its last eight games.

Brian Dumoulin scored for the short-handed Penguins, who were down a season-high five injured players — including top goalie Matt Murray and defenseman Kris Letang.

The two-time defending Stanley Cup champions have lost six of nine to slip to seventh place in the Metropolitan Division. They have just one regulation victory since Dec. 2.

Backup Tristan Jarry made 31 saves for the Penguins, who had won their previous seven meetings with the Hurricanes.

Cam Ward stopped 27 shots in his fourth straight start for Carolina, which entered tied with Pittsburgh for sixth place in the division race.

The key momentum shift came late in the second: It looked like Jaccob Slavin had put Carolina up 2-1 with a blast from behind the circle with 2:16 left, but Pittsburgh coach Mike Sullivan challenged the score and it was overturned when a review determined Ryan interfered with Jarry.

Aho then gave the Hurricanes the lead 21 seconds later when he snapped a rebound past Jarry from the circle.

That came after Ryan tied it at 1 with 13:35 left in the second, taking a feed from Elias Lindholm from behind the net and slipping the puck past Jarry from point-blank range.

Dumoulin — traded by Carolina to Pittsburgh in 2012 in the Jordan Staal deal — put the Penguins up 1-0 at 4:34 of the first, taking a drop pass from Jake Guentzel and beating Ward high for his fourth career goal. Pittsburgh had been 10-0-1 when leading after the first.

NOTES: Jarry picked up an assist on Dumoulin's goal. ... Staal rang the crossbar early in the second period while shooting into an open net. ... Letang missed his second straight game with a lower body injury. Murray was out with an upper body injury. ... The Hurricanes recalled C Lucas Wallmark from their AHL affiliate in Charlotte before the game, but he was scratched. They scratched C Marcus Kruger and had RW Josh Jooris as their fourth-line center.