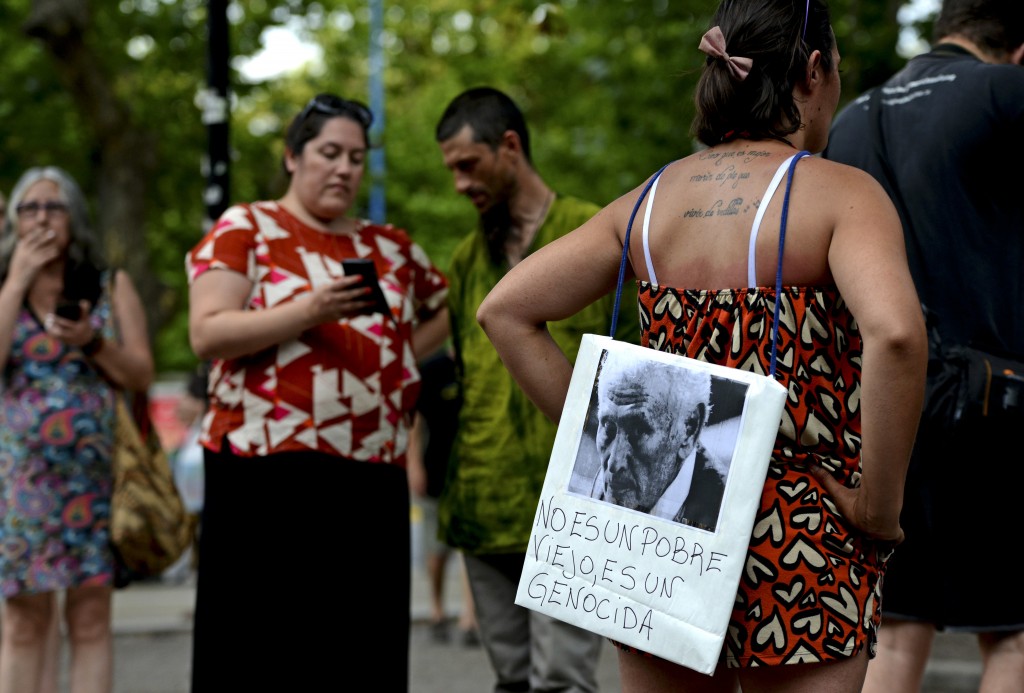 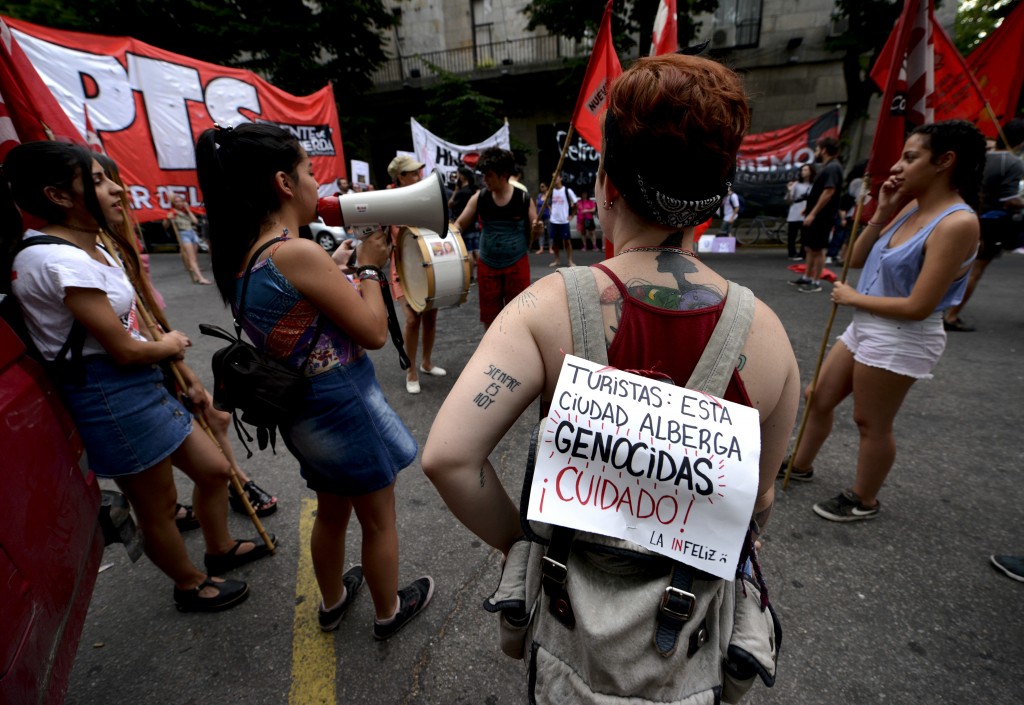 Miguel Etchecolatz was in charge of various clandestine detention and torture centers in Buenos Aries during the 1976-1983 military regime and became a symbol of the state's deadly campaign against dissidents. He was considered the right-hand man of Ramon Camps, the feared police chief of Buenos Aires province at the time.

The decision by the federal court to let him serve his term under house arrest because of age and fragile health angered human rights groups and neighbors in Bosque Peralta Ramos, an upper-middle class neighborhood in the seaside resort of Mar del Plata, about 250 miles (400 kilometers) south of the Argentine capital.

The former police officer was transferred early Friday to his family's residence in Mar del Plata.

Activists and leftist militants protested outside the mayor's office under a sign saying: "Common prison and effective punishment for genocidists."

The official number of dissidents killed during the dictatorship is 7,000, but human rights groups put the figure at 30,000.