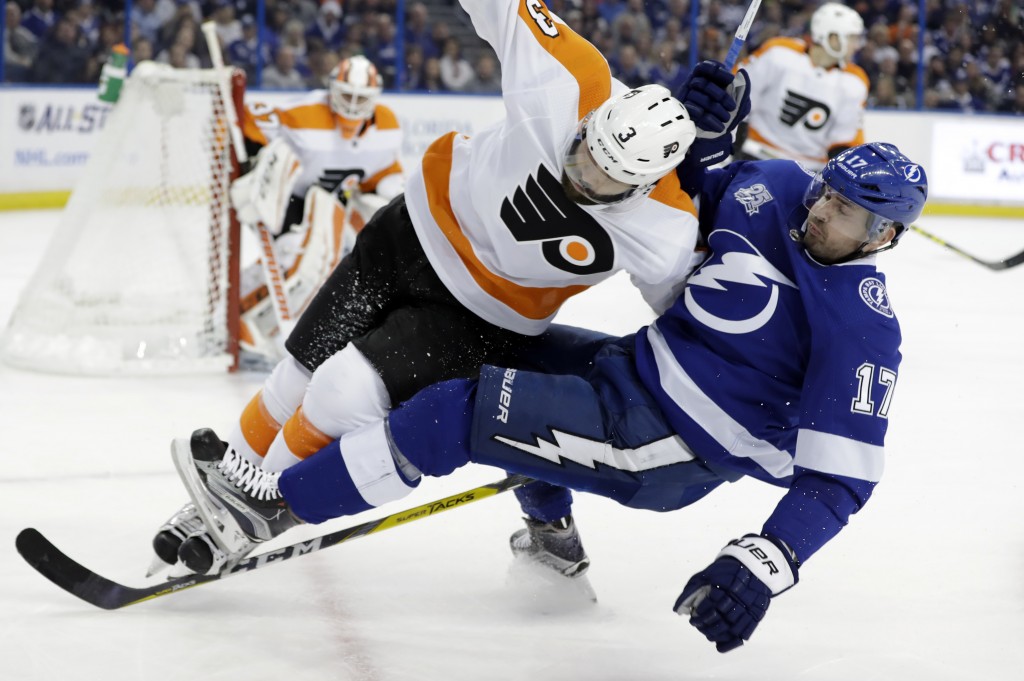 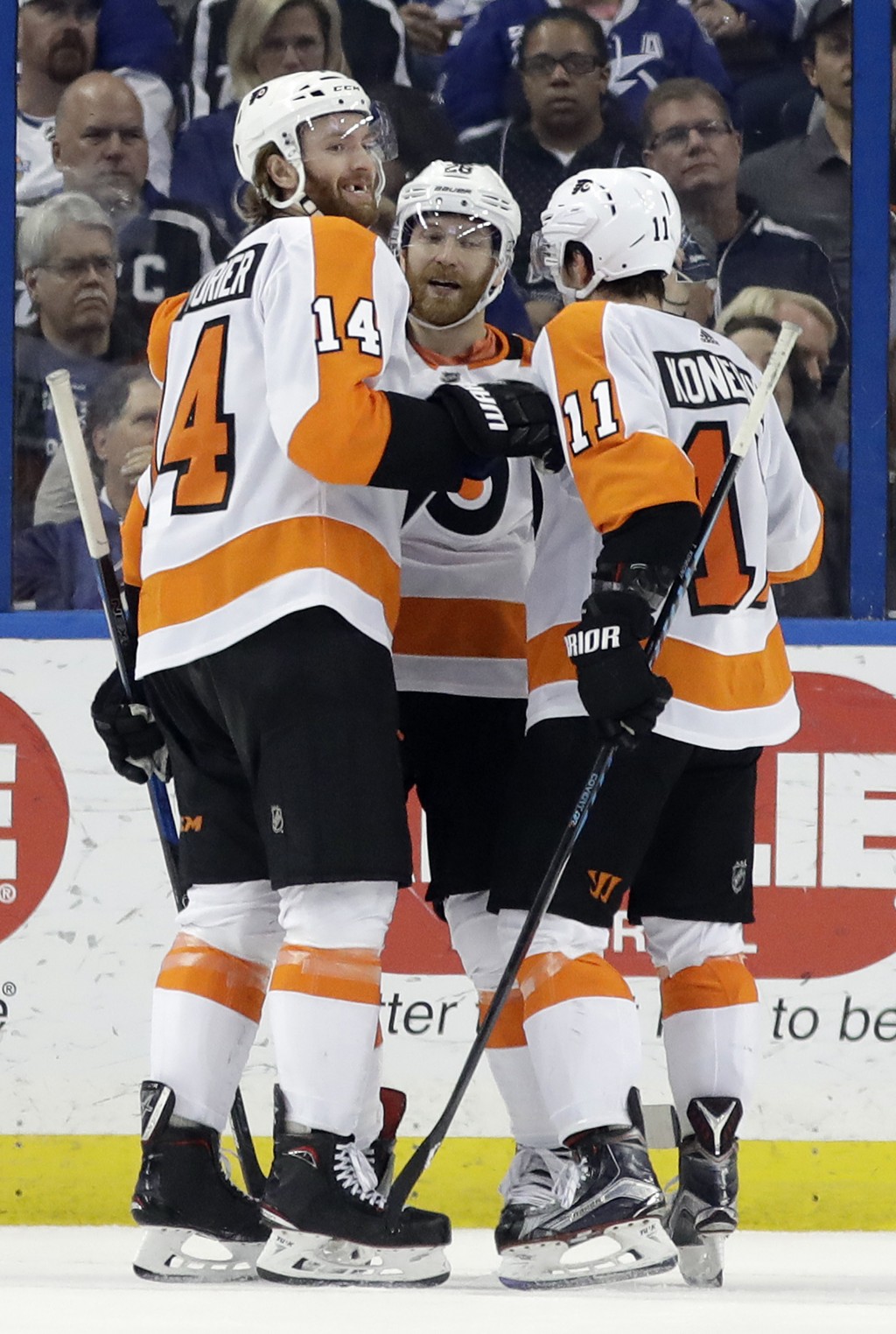 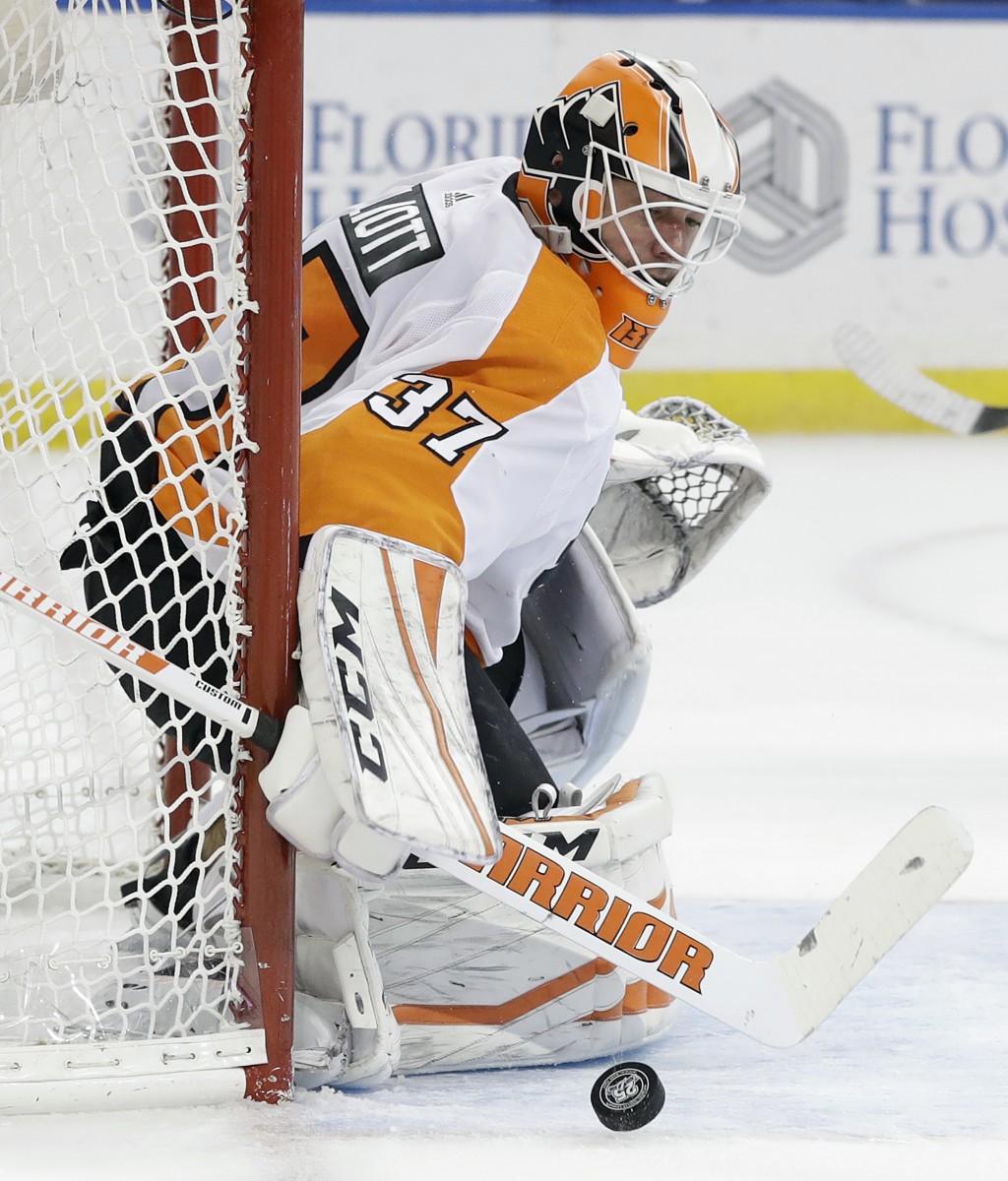 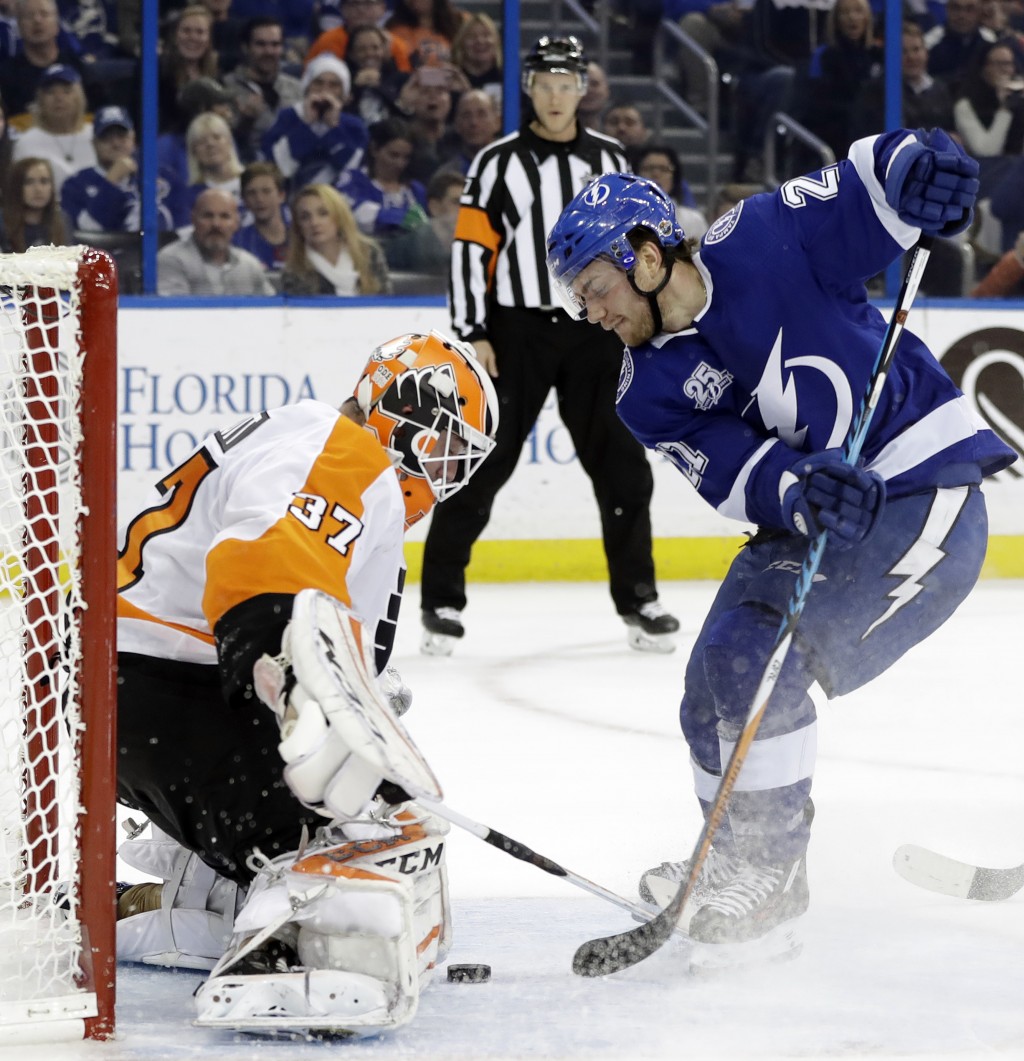 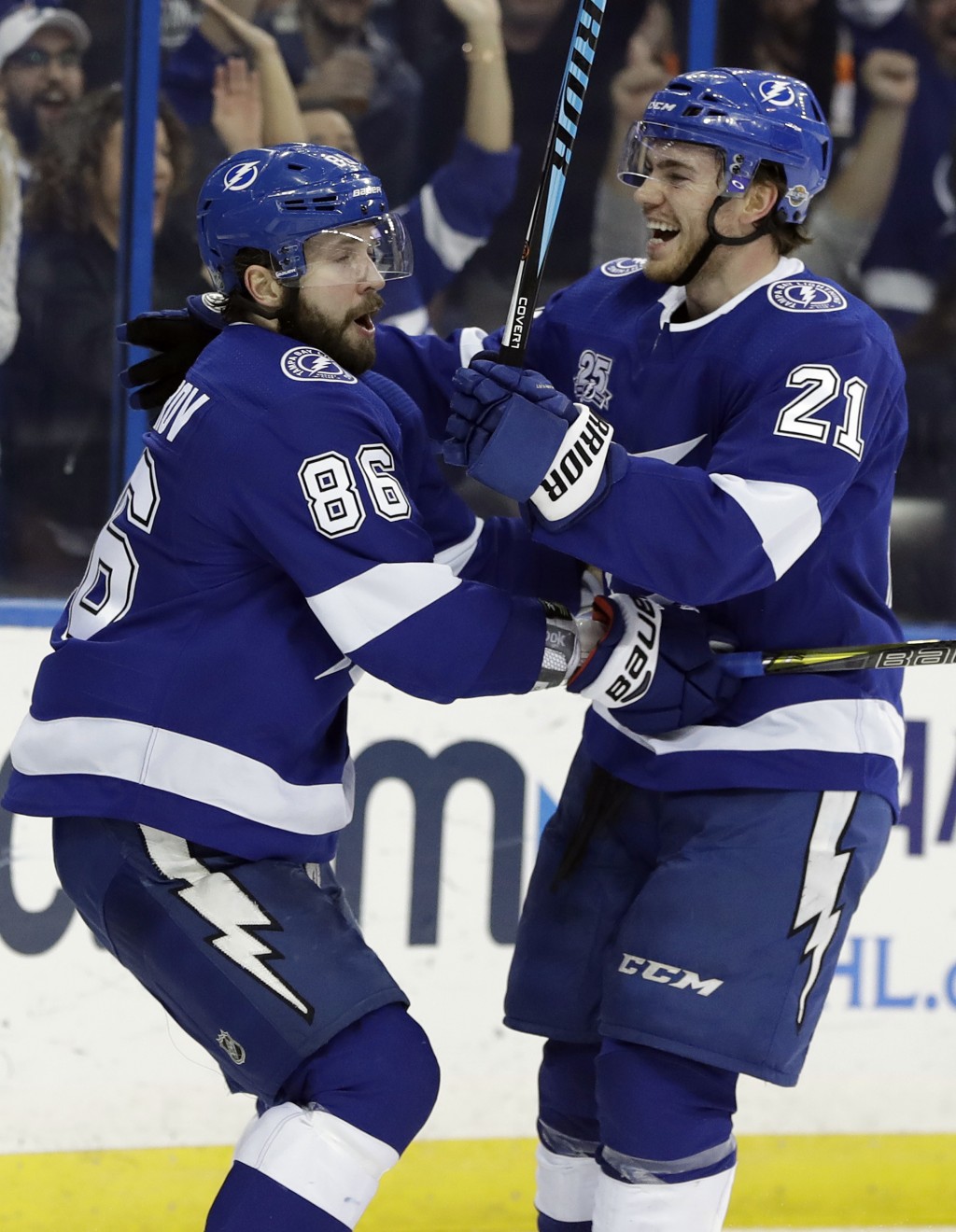 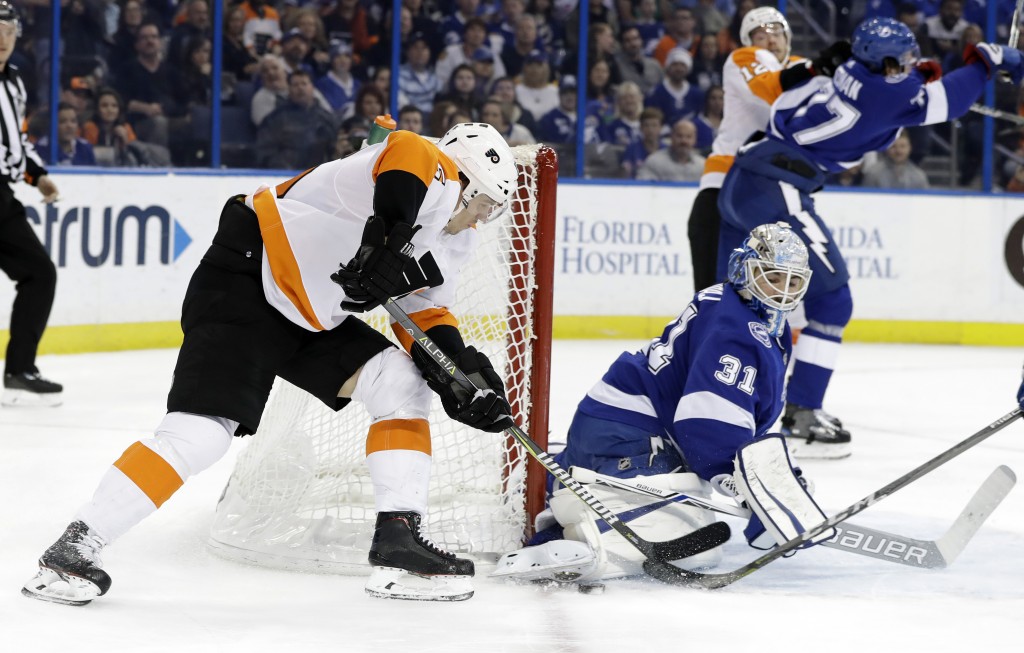 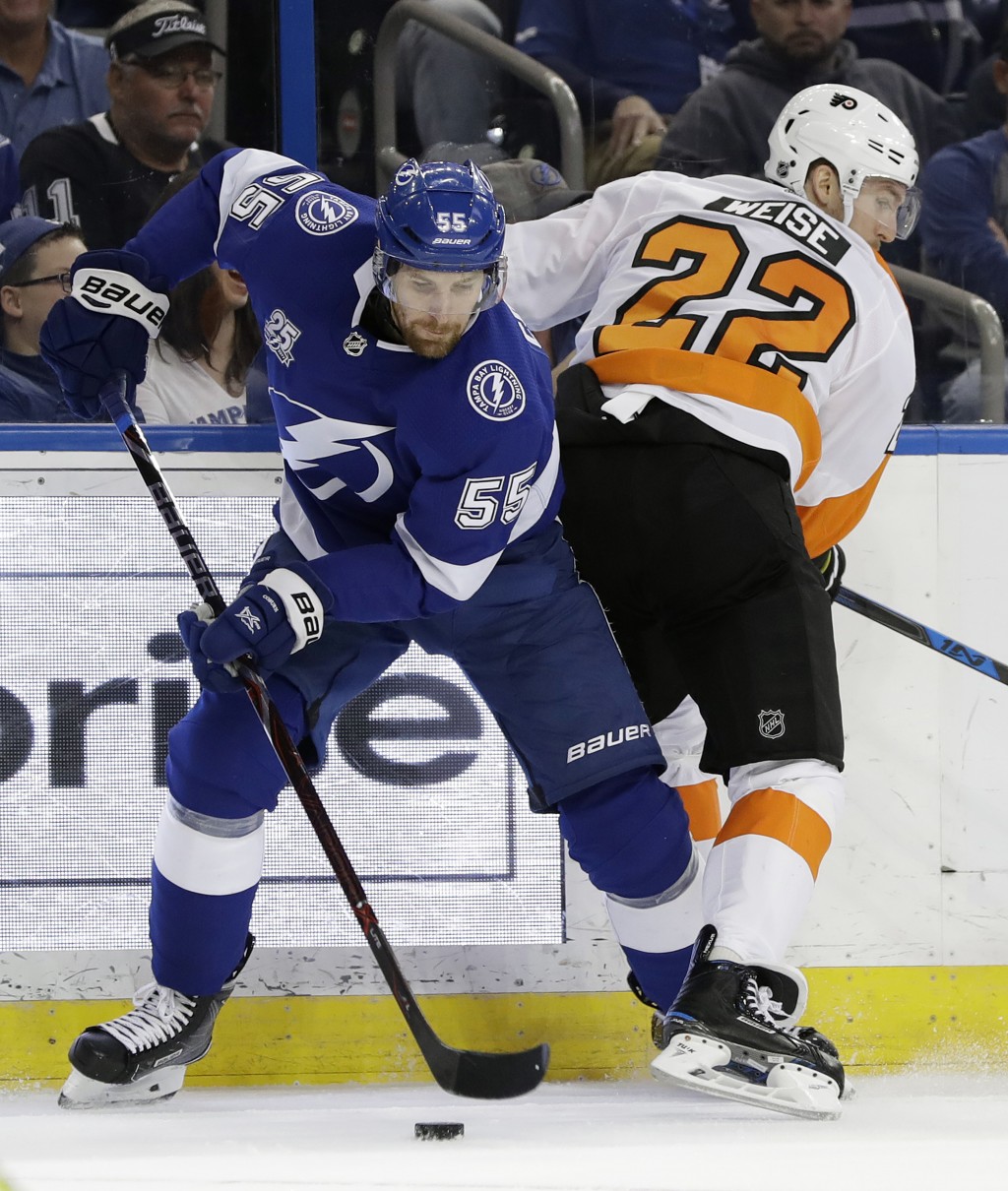 The Flyers had lost four of five, including 3-2 at Florida on Thursday night.

Steven Stamkos, Brayden Point and Tyler Johnson scored, and backup Peter Budaj made 29 saves over 50 minutes for the NHL-leading Lightning. They had an eight-game home winning streak end.

Budaj left midway through the third with what appeared to be a left leg injury after a collision near the net. Andrei Vasilevskiy replaced Budaj and turned aside four shots.

The Flyers took a 3-2 lead with 12 seconds left in the second on Couturier's rebound goal.

Manning, who returned after missing 10 games with an upper-body injury, made it 4-2 on a wraparound goal 1:53 into the third.

Giroux had the first assist on both the Couturier and Manning goals.

Filppula helped secure the win with an empty-netter.

After Simmonds and Gostisbehere had power-play goals in the second, Point tied it at 2 at 15:37 of the period.

Stamkos opened the scoring 7:27 into the game on the power play from the left circle off a nifty pass by Nikita Kucherov. The Lightning star had two goals, including one with the man advantage, in Thursday night's 3-1 win over Montreal.

Kucherov had two assists, and has nine assists and 14 points during a nine-game point streak.

Flyers: Play the first of four straight at home against Pittsburgh on Tuesday night.