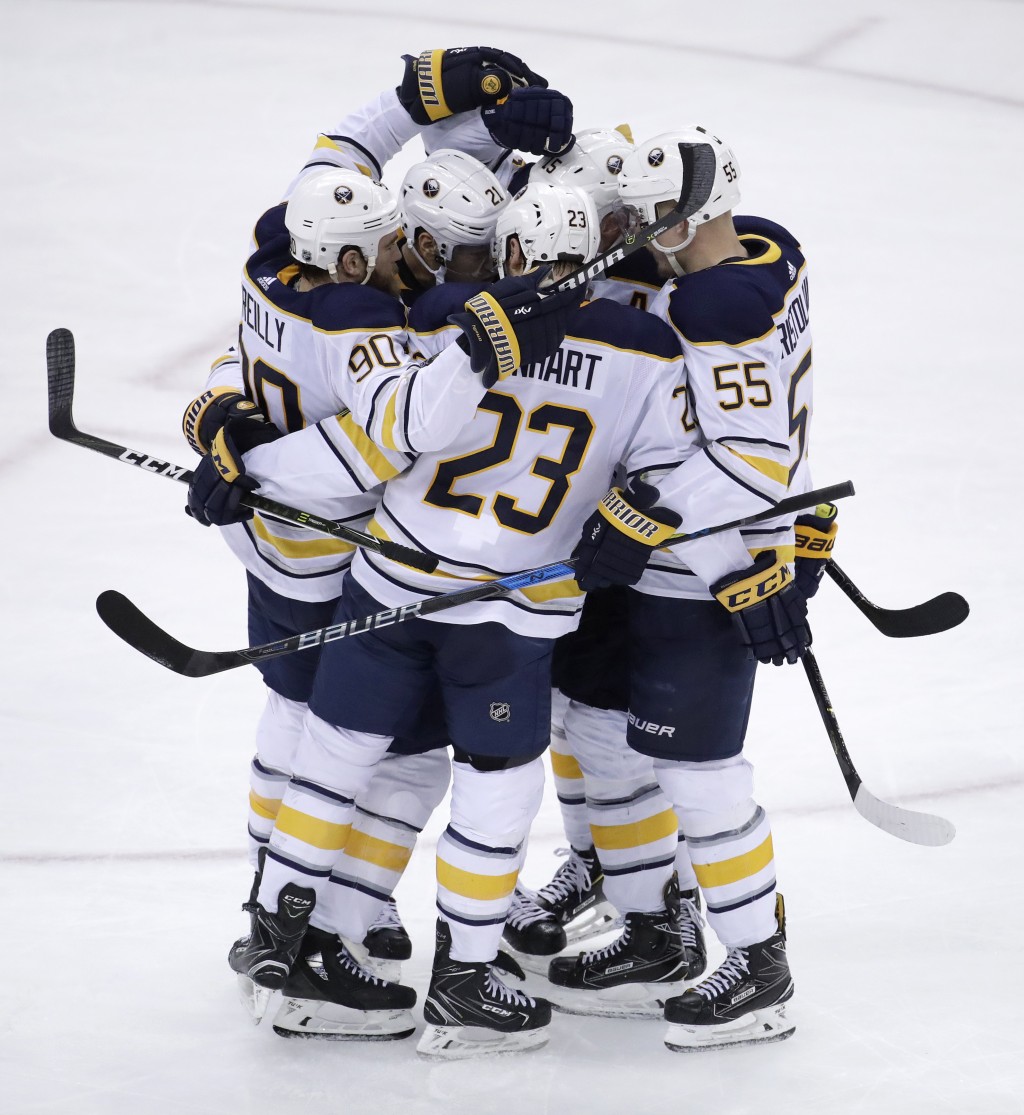 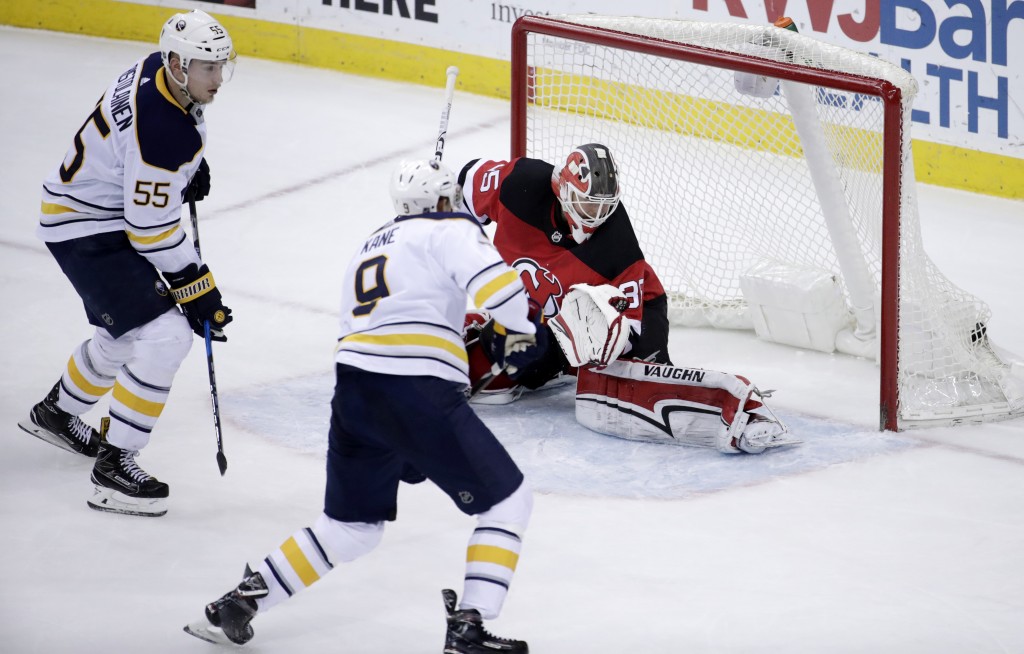 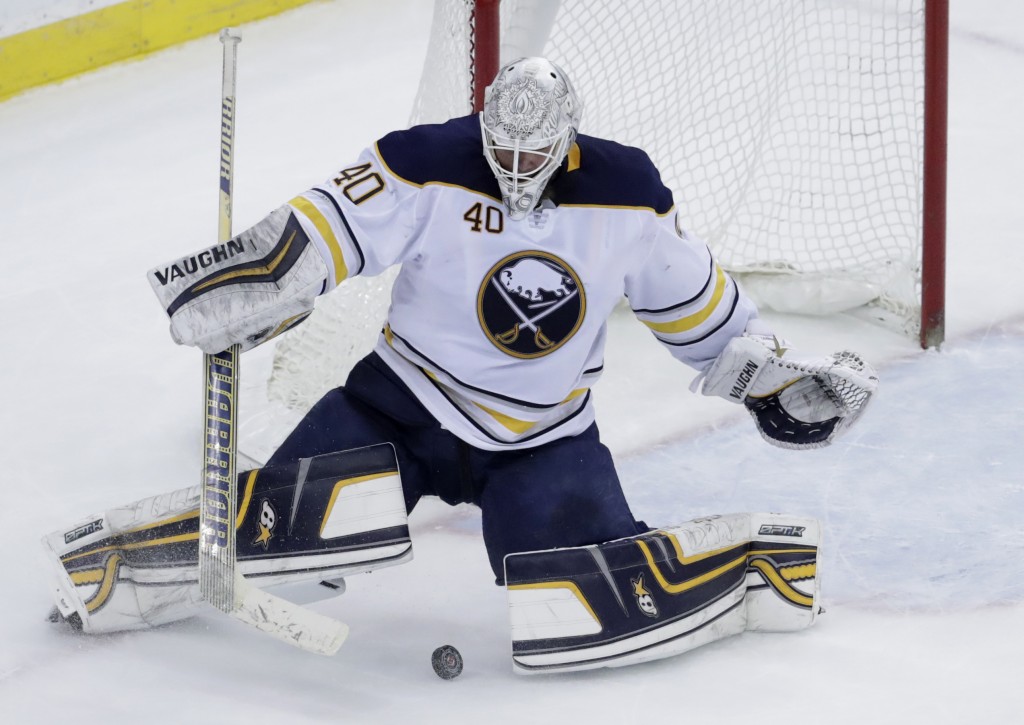 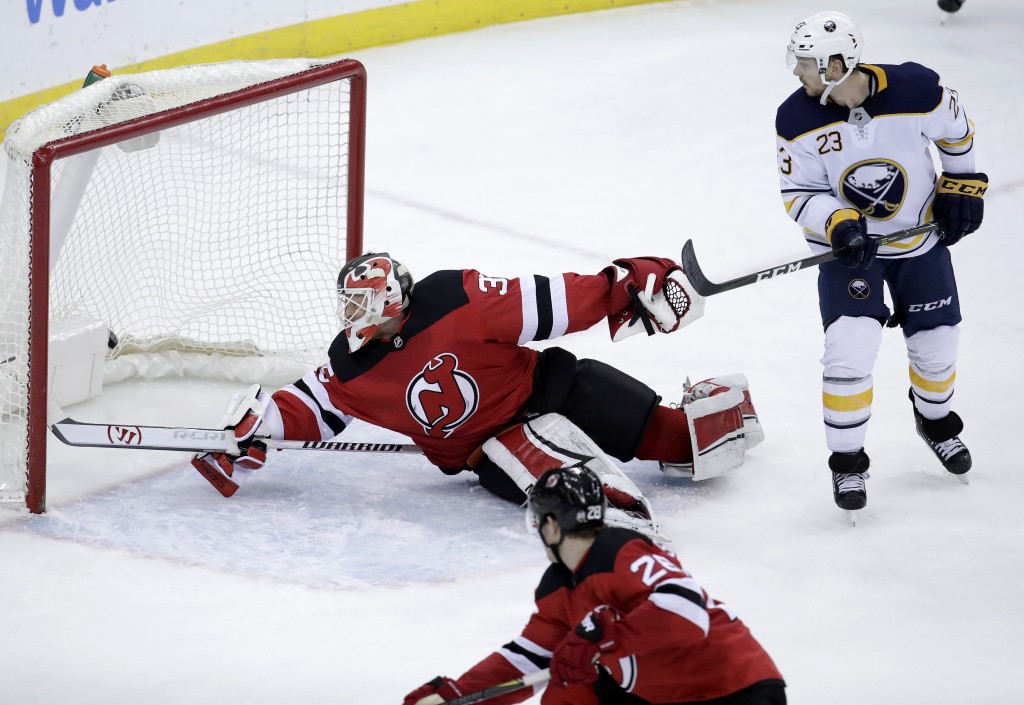 NEWARK, N.J. (AP) — Rasmus Ristolainen scored 2:37 into overtime to give the Buffalo Sabres a 4-3 victory over New Jersey on Friday night, snapping the Devils' winning streak at five games.

Ristolainen bulled his way out of the corner in the New Jersey zone to beat Cory Schneider for his first goal of the season.

Jack Eichel scored twice, former Devil Jacob Josefson added a goal, and Robin Lehner stopped 35. Last in the Eastern Conference, the Sabres improved to 2-3-2 in their last seven games. They will head outdoors to face the New York Rangers on Monday at Citi Field, the home of baseball's New York Mets, in the Winter Classic.

Wood opened the scoring at 13:35 of the first period, capping a prolonged scramble in front of Lehner. The Devils kept poking at the loose puck as the Sabres failed to clear. Wood finally shoveled the puck into the cage, reaching the 10-goal level for the first time.

New Jersey outshot Buffalo 13-3 in the second period, getting goals from Johansson and Moore. The Sabres made their trio of shots count as Josefson and Eichel scored to leave the Devils with a 3-2 lead after two.

Josefson tied it at 1 with a breakaway score at 5:27 after intercepting Blake Coleman's pass in the Buffalo zone.

The Devils got the next two, seeming to take charge of the contest.

Johansson beat Lehner with a one-timer from the right circle following a cross-ice pass from Sami Vatanen for a power-play tally at 8:34.

Moore found the net with a wrister from the left point with Brian Boyle providing an effective screen at 14:55.

Eichel, unchecked behind the Devils' defense, deflected Jake McCabe's point shot with 1:55 left in the period to pull the Sabres within one.

Taylor Hall tucked a backhander past Lehner 1:17 later but the goal was challenged by Sabres coach Phil Housley. After a lengthy video review, the score was waived off as Hall was ruled offside entering the zone.

Eichel came close to a hat trick when his deflection hit the crossbar with 1:24 left in regulation.

NOTES: Devils D Dalton Prout cleared waivers and was assigned to Binghamton of the AHL. ... Josefson played his first game in New Jersey since signing with Buffalo in the offseason. A first round selection by New Jersey in 2009, Josefson was saluted with a video blurb during warmups. ... McCabe played in his 200th game.

Sabres: Face the New York Rangers in the Winter Classic at Citi Field on Monday.

Devils: At Washington on Saturday night.