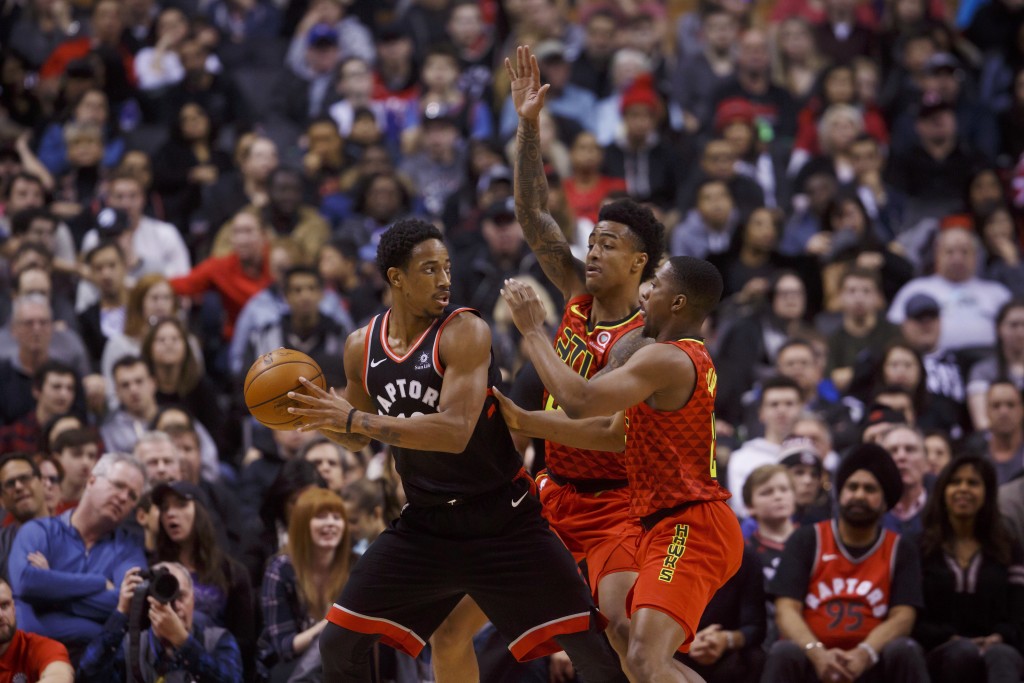 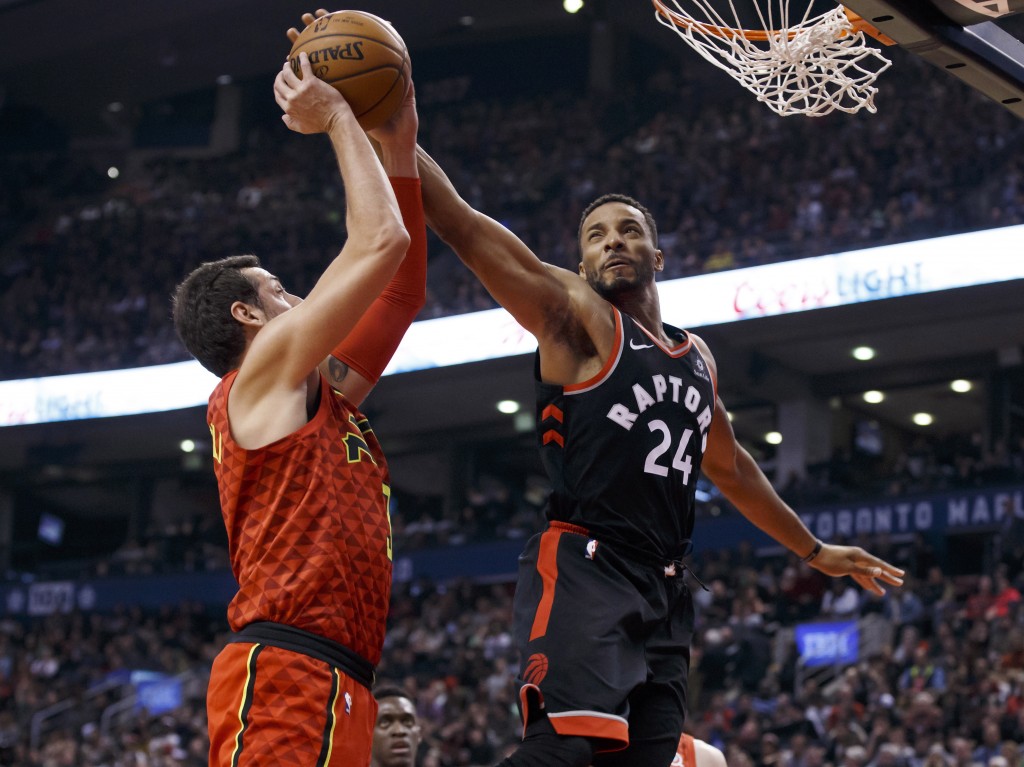 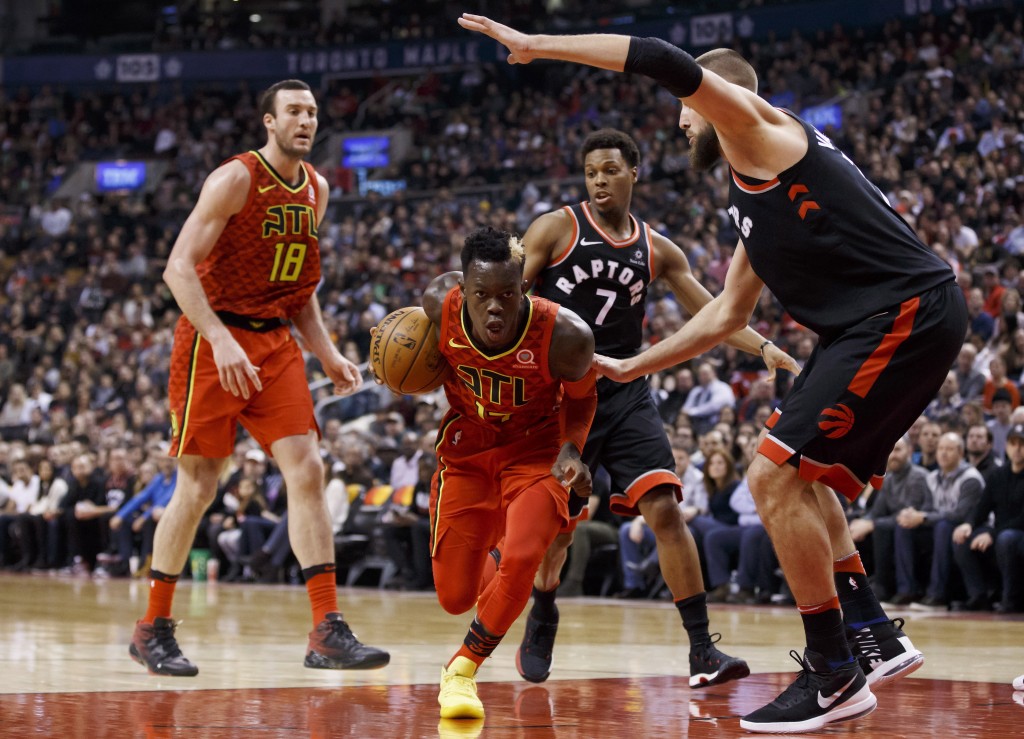 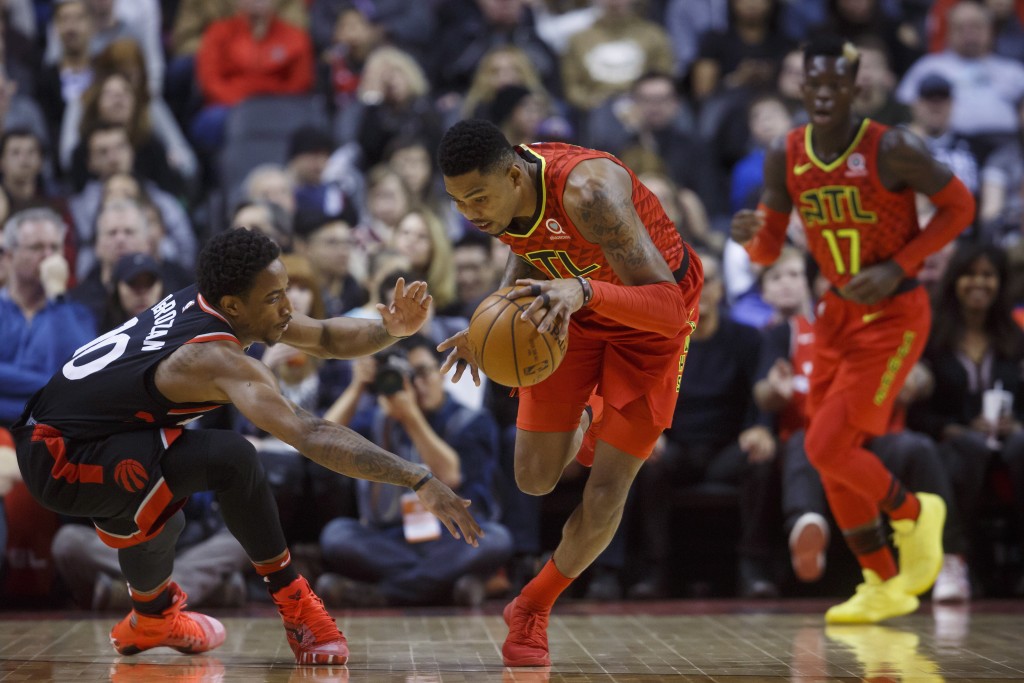 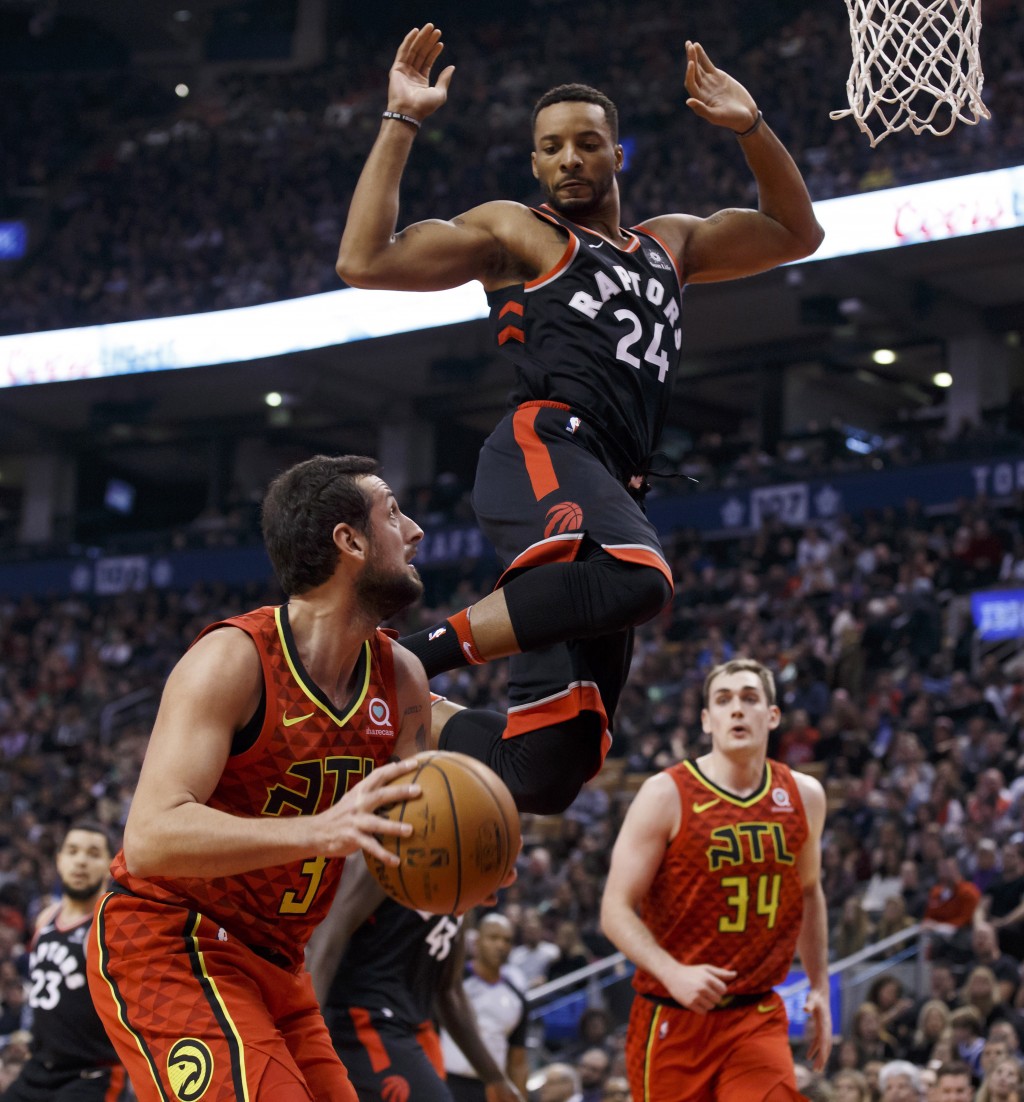 Kyle Lowry scored 12 points, Delon Wright had 13 and Jakob Poeltl added 10 rebounds as Toronto finished December at 11-3, its best record ever in the month.

Toronto snapped a two-game skid despite the absence of forward Serge Ibaka, who the Raptors suspended for one game following an altercation with a team staff member after Wednesday's loss at Oklahoma City. The Raptors lost at Dallas on Tuesday.

Raptors coach Dwane Casey would not share details of the incident but said Ibaka and the staffer had apologized to one another. Casey said the situation had been "resolved."

The Raptors have lost consecutive games three times this season but have yet to lose three in a row.

Taurean Prince had a career-high 30 points and 10 rebounds, but Atlanta's two-game winning streak ended. The Hawks posted consecutive victories for the first time this season by beating Dallas on Dec. 23 and Washington on Dec. 27.

Dennis Schroder and Marco Belinelli each scored 14 points, and John Collins had 11.

Nine Toronto players made at least one 3-pointer, the second time this season that's happened. The Raptors also did it in a Nov. 1 loss at Denver.

Lowry scored the first five points in a 14-3 run to end the first quarter that gave the Raptors a 30-22 lead.

The Hawks made eight turnovers in the second quarter, allowing Toronto to widen its lead. OG Anunoby had a pair of dunks, one of them a reverse jam off a steal, giving the Raptors a 62-47 lead at halftime.

Prince scored 12 points in the third, but Toronto led 88-69 heading to the fourth.

Hawks: Prince matched a career high with five 3-pointers and extended his career-high streak of games with at least one 3-pointer to 17. ... Atlanta is 3-15 on the road, tied with Utah for worst in the league. Atlanta has not won away from home since beating Brooklyn on Dec. 2.

Raptors: CJ Miles made his second start of the season in Ibaka's place. ... This was the first of seven straight against Eastern Conference opponents. ... Toronto is 9-2 when DeRozan makes multiple 3-pointers.

Hawks: Conclude their ninth back-to-back of the season by hosting Portland on Saturday night.

Raptors: Host Milwaukee on Monday night. It's the first meeting of the season between the teams. Toronto eliminated the Bucks in the first round of the playoffs last season.