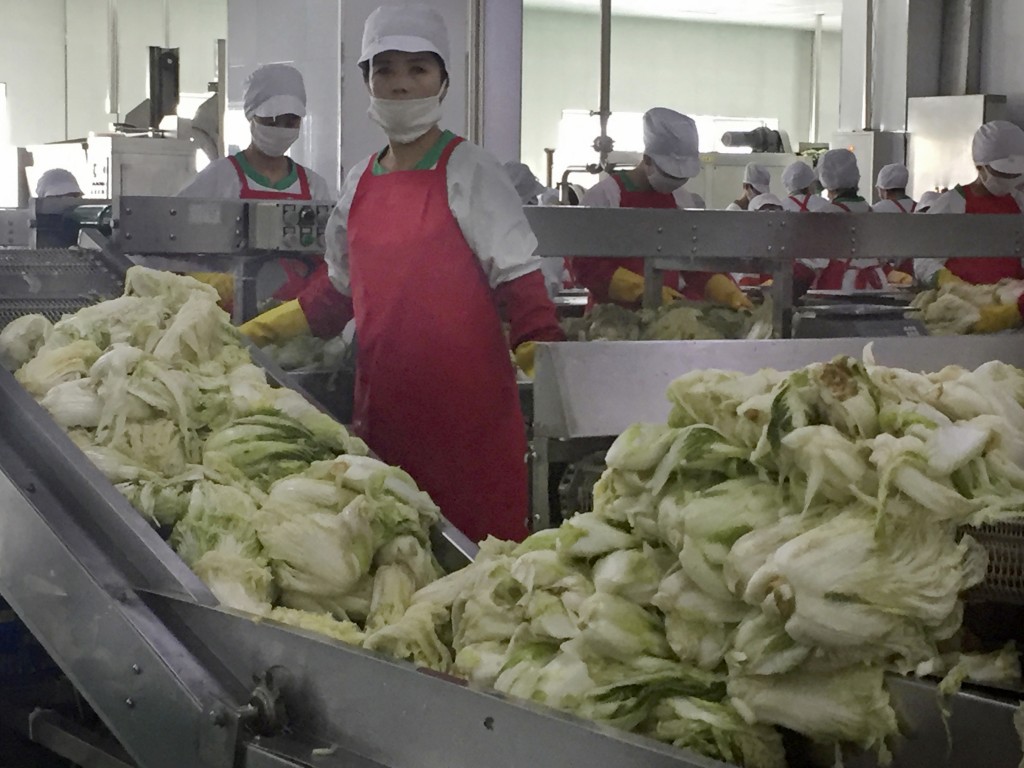 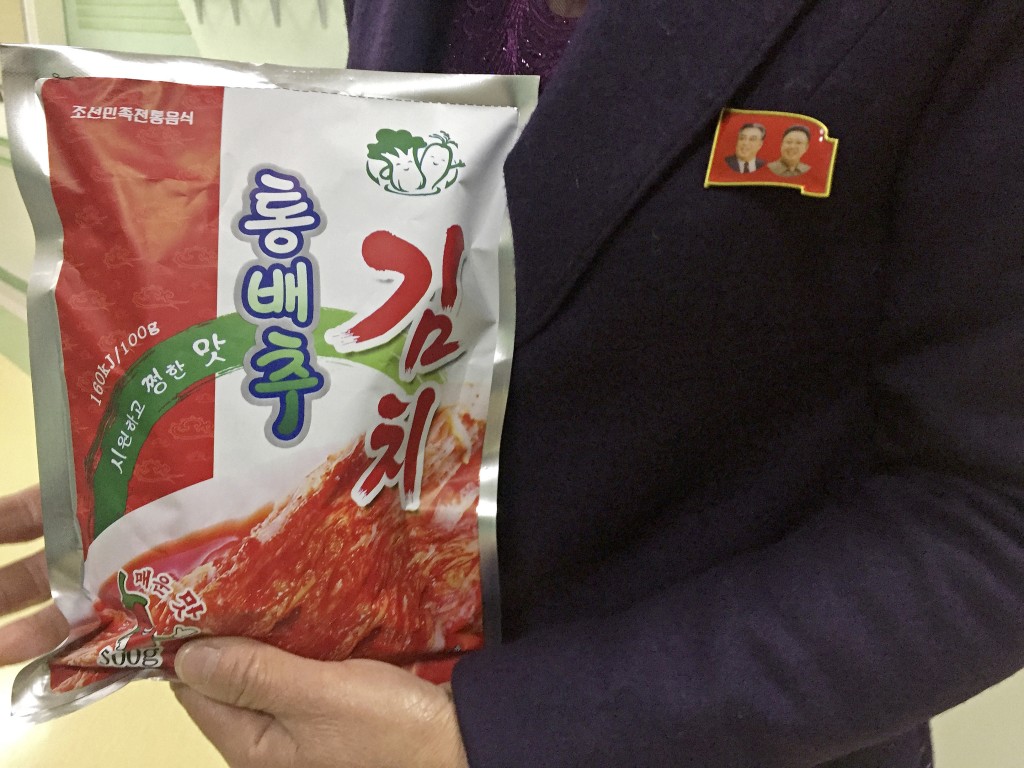 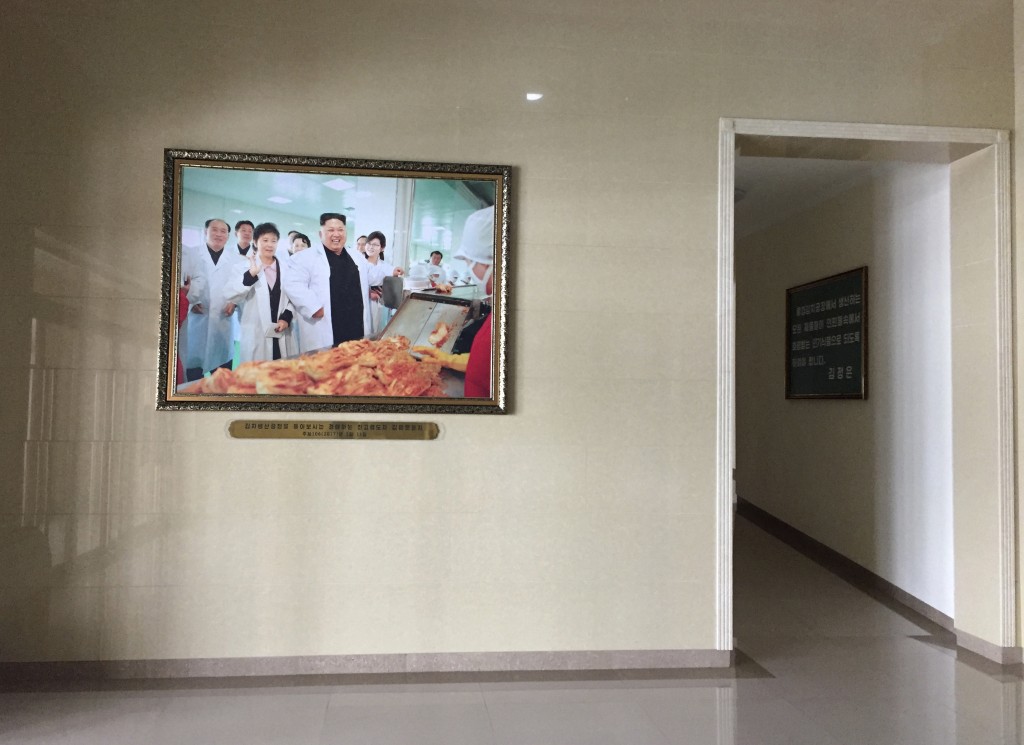 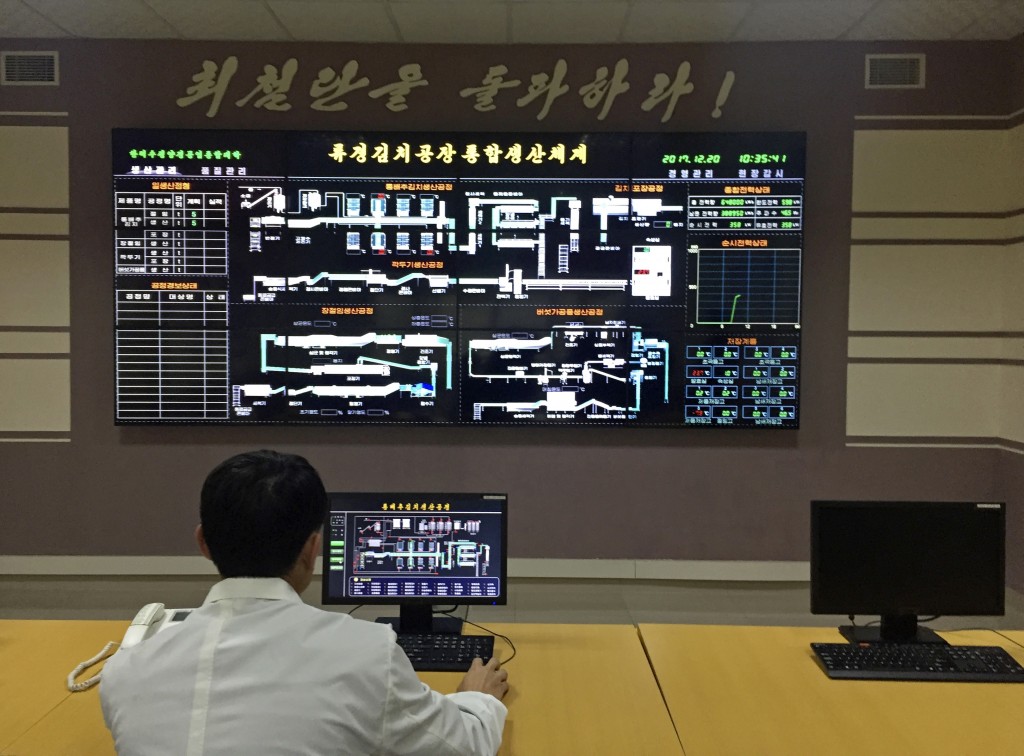 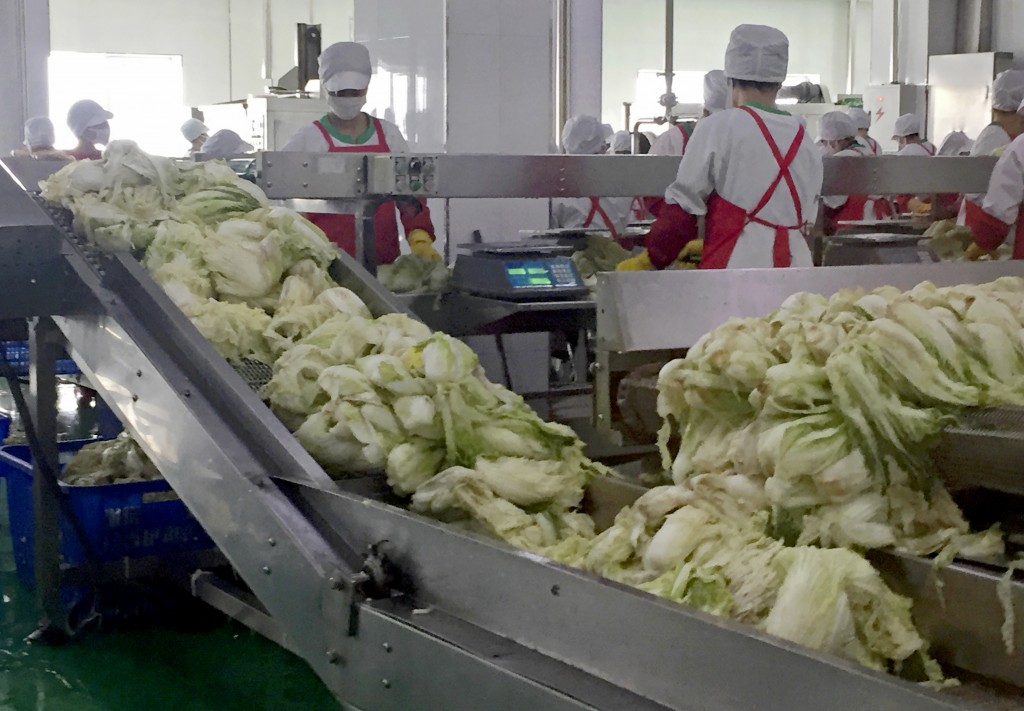 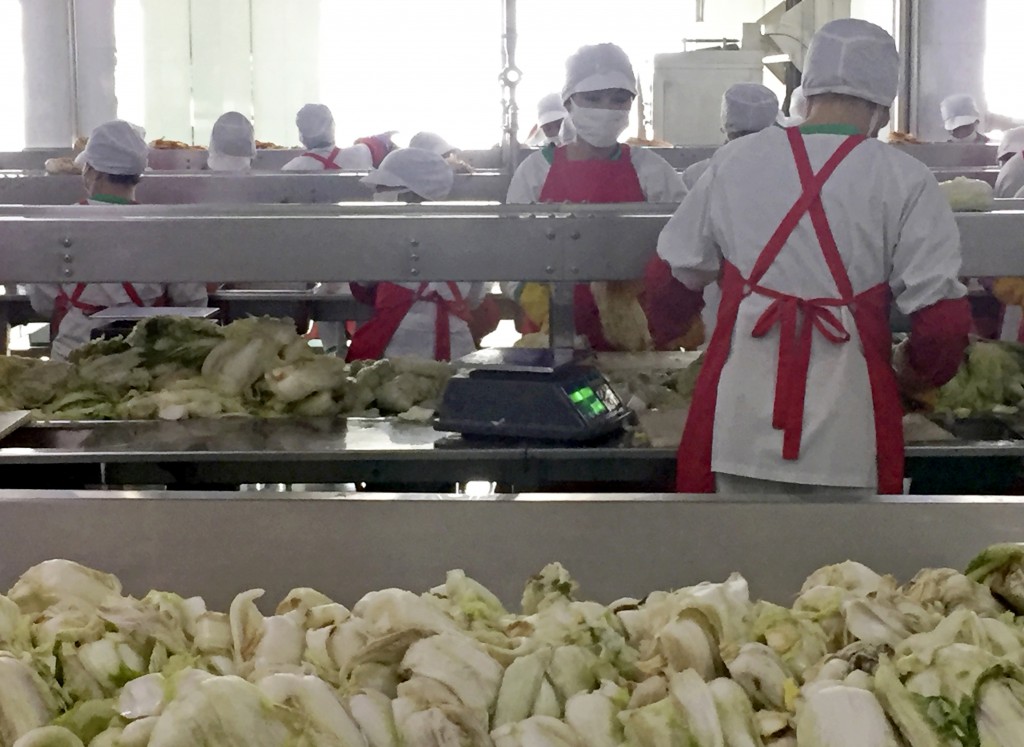 PYONGYANG, North Korea (AP) — Kim Jong Un wants to turn the art of kimchi-making into a science. And the North Korean leader is putting his money where his mouth is.

On the outskirts of Pyongyang, surrounded by snow-covered farms and greenhouses, stands one of Kim's latest pet projects, the Ryugyong Kimchi Factory, which produces 4,200 tons of the iconic Korean pickled vegetable dish a year. The shiny new facility replaces an older factory and opened in June last year after getting Kim's final seal of approval, according to manager Paek Mi Hye.

North Korea's repeated underground nuclear tests and launches of long-range missiles that could conceivably reach the U.S. mainland have brought more sanctions down on the North than ever before. But outside experts believe the country — while still struggling in many areas — is showing signs of modest economic growth and improved agricultural production. It could be just a year or two away from having an operational, nuclear-tipped intercontinental ballistic missile.

Applied science, according to the North's policymakers, is absolutely essential on all fronts.

Kim has transformed the Pyongyang skyline with high-rise apartments to house his prized rocket scientists and nuclear engineers, and Paek repeatedly stressed while giving a tour of the facility to The Associated Press how even an ancient delicacy like kimchi can benefit from scientific innovation.

Paek, who accompanied Kim on his "on-the-spot guidance" visits, said the factory has 150 workers but is for the most part automated.

She said the primary objective of the factory is to operate in a "scientific manner at every stage." In kimchi-making, that means inspections all along the production line to ensure quality and hygiene. The factory boasts of a one-of-a-kind "kimchi analyzer" to maintain the proper levels of saltiness and lactic acid — its signature ingredient.

Koreans North and South have been making kimchi for generations, often passing family recipes down from mother to daughter or mother-in-law to daughter-in-law.

In 2015, UNESCO added kimchi to its "intangible cultural heritage of humanity" list, noting that the traditional sharing of know-how and materials to prepare large quantities of kimchi for the winter months "boosts cooperation among families, villages and communities, contributing to social cohesion."

Paek acknowledged that some people might resist giving up the cherished tradition of communal kimchi-making. "But they also recognize the quality and reliability of our factory-made product," she said.

The factory produces eight kimchi products, from the very spicy staple "tong kimchi," which has a red tint and is made of whole cabbages, to a milder variety designed for children. Its kimchi products are distributed to restaurants and grocery stores around Pyongyang.

"This is the model," Paek said. "Other factories like ours are being planned in every province."