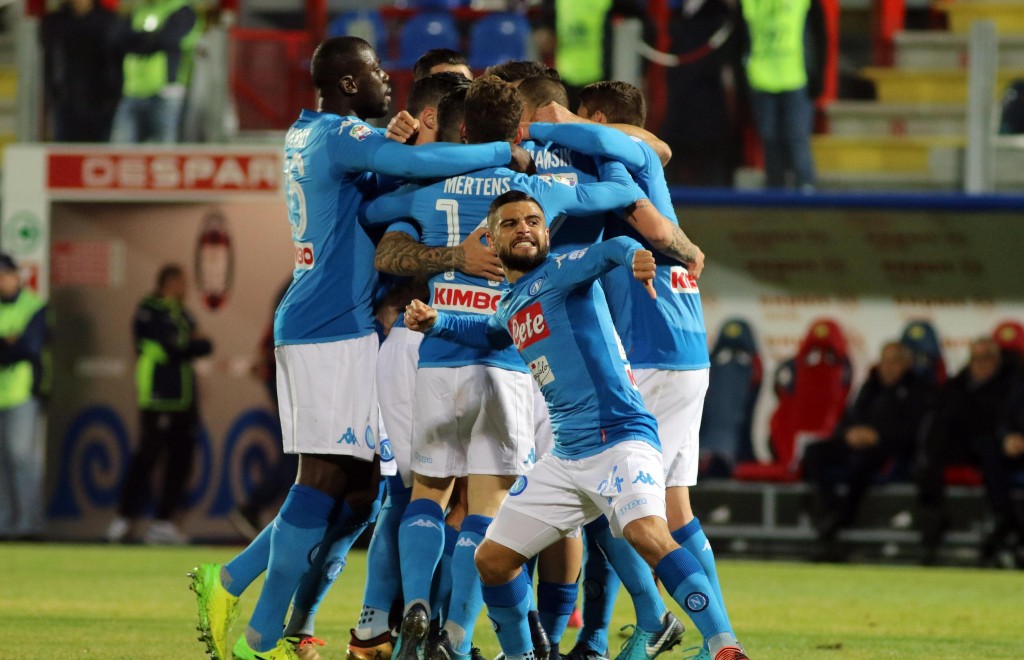 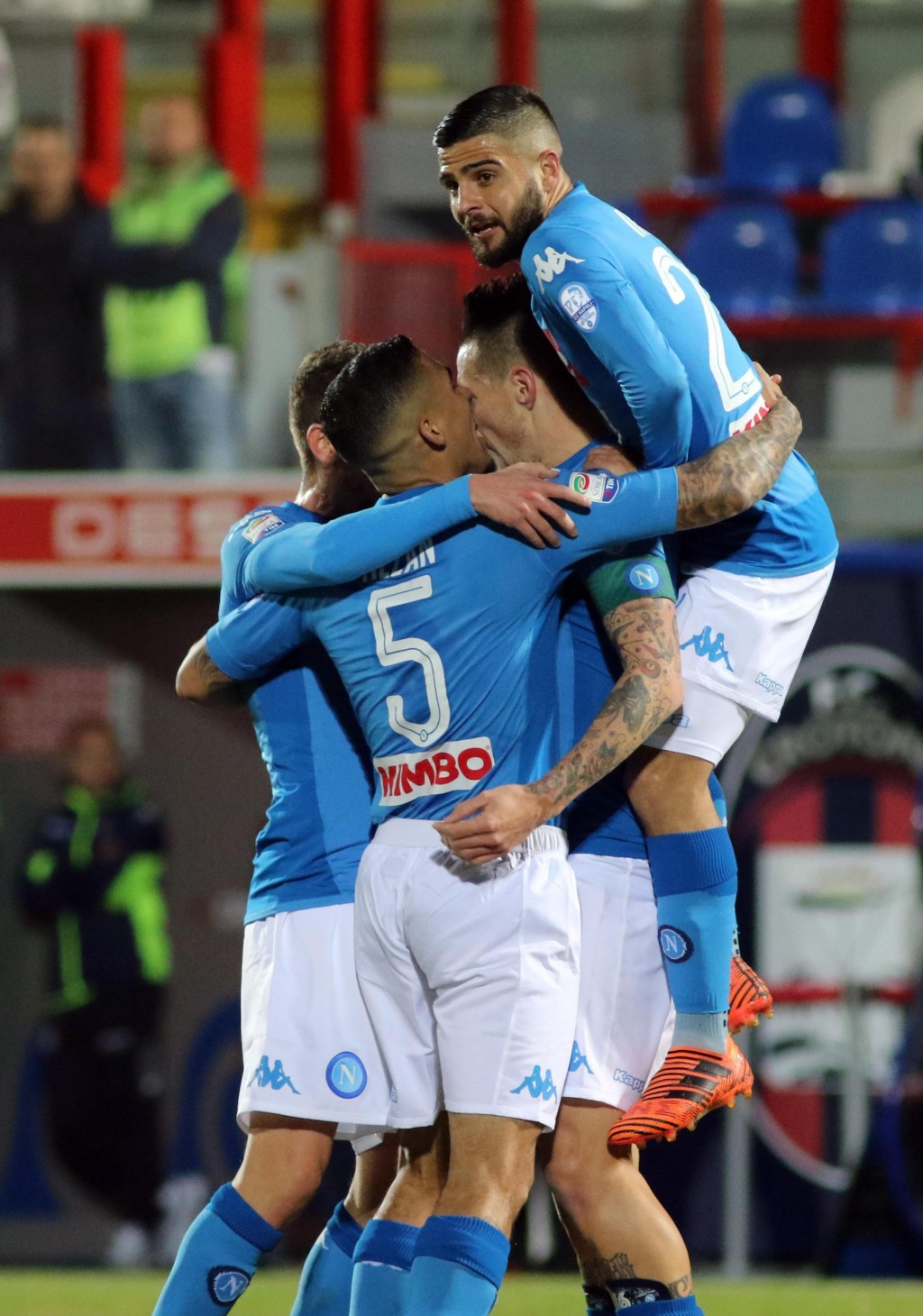 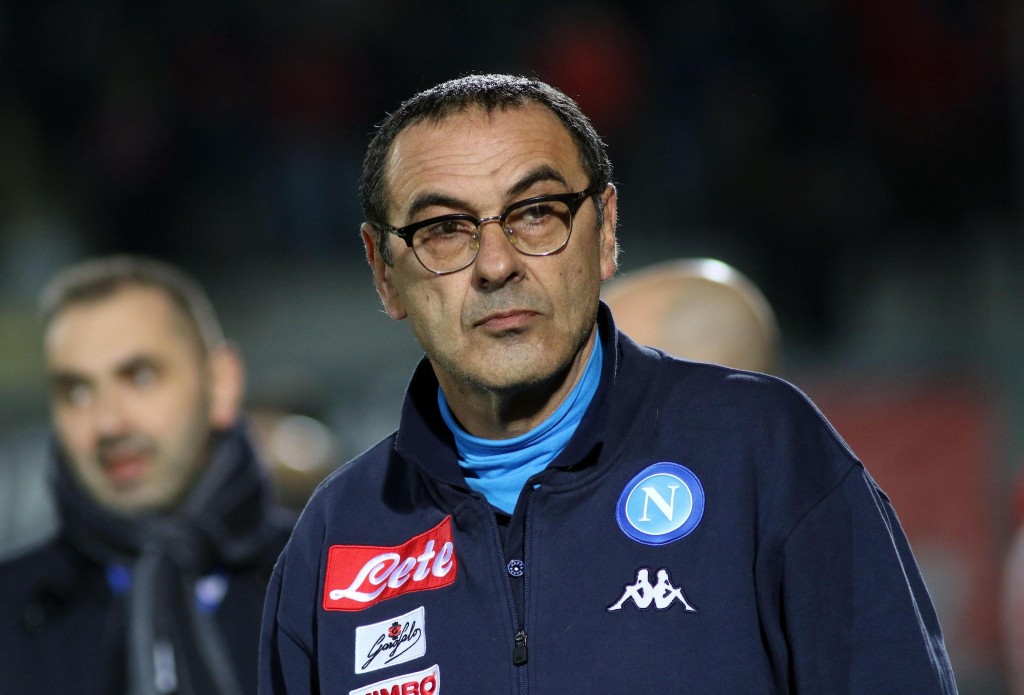 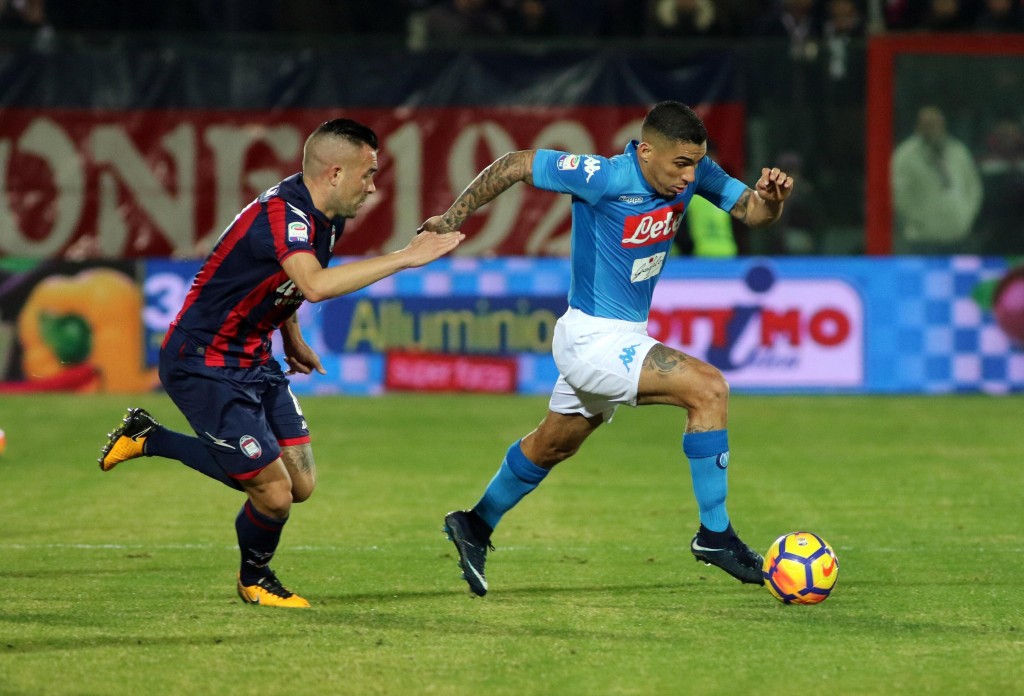 So it's no surprise that Hamsik is being celebrated as club royalty.

Less than a week after breaking Maradona's club record, he scored the 117th goal of his Napoli career in a 1-0 win at relegation-threatened Crotone on Friday.

Friday's match was all about honoring Hamsik, a 30-year-old Slovak who joined the club 10 years ago.

Napoli's shirts featured a special patch on the left sleeve that read "All-time top scorer" below an image of Hamsik celebrating and his shirt number — 17.

The win guarantees that Napoli will be in first place at the halfway point of the 38-game season — known symbolically in soccer talk as securing Serie A's "winter title."

Fittingly, Hamsik's goal came in the 17th minute after a typically flowing team move. He exchanged passes with Brazilian midfielders Jorginho and Allan before finding the target with a low drive. It was his third goal in as many matches.

Substitute Amadou Diawara nearly doubled the lead near the end, but goalkeeper Alex Cordaz palmed his shot off the woodwork and then saved forward Jose Callejon's effort from the rebound.

It is the fifth time Napoli has led at the season's halfway point, having won its two Italian league titles in 1987 and 1990 with Maradona leading the way.

Napoli also led at halfway in 2015-16 — coach Maurizio Sarri's first season — but drifted back to finish nine points behind Juventus.

"We had already been on the right track as winter champions three years ago, but we realize it means nothing," Hamsik said. "We want to be top at the end of the season."

Napoli appears to be putting together a more serious title challenge this time.

Sarri's squad has lost only once — to Juventus — and is unbeaten away from home. In fact, Napoli has gone 23 away matches without losing since losing to Juventus in October, 2016.