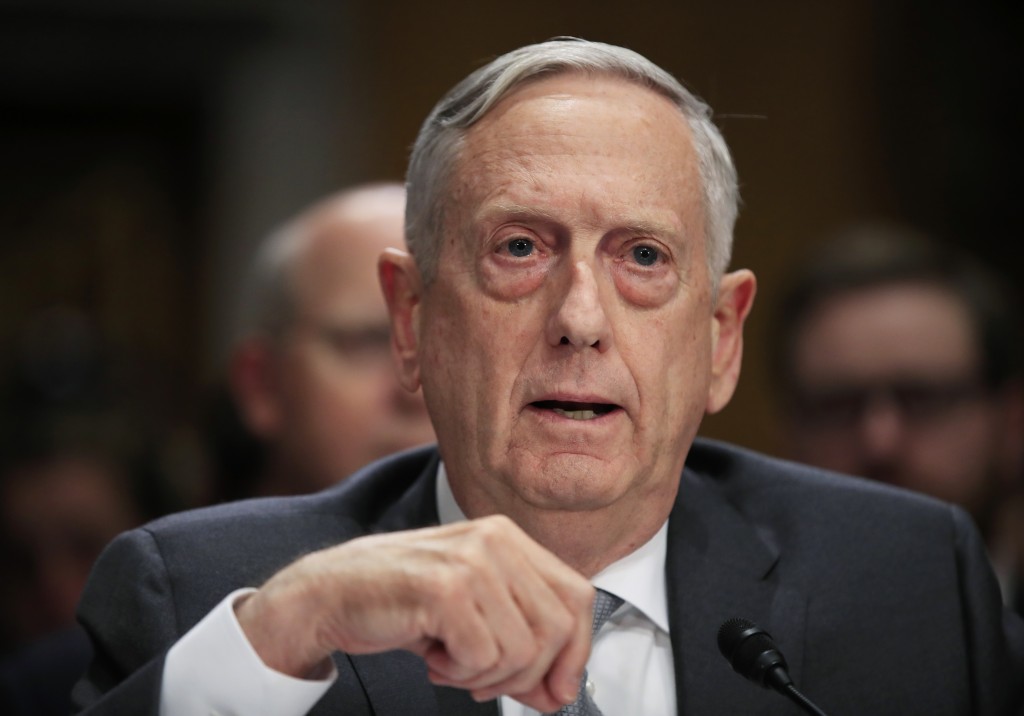 WASHINGTON (AP) — Defense Secretary James Mattis said Friday the U.S. is determined to reduce the number of civilian casualties in the Saudi-led campaign against rebels in Yemen and will press ahead with efforts to train Saudi pilots to identify legitimate targets.

His comments to reporters at the Pentagon followed a U.N. report on Thursday that said more than 100 civilians had been killed in airstrikes in Yemen in just the past 10 days.

"We are going to continue to train them how to do target identification, try to get their capabilities up in those areas. We're going to continue to work with their pilots and explain how you do bombing runs, that sort of thing," Mattis said. "Anything we can do to limit the civilian casualties, we will be doing ... We are going to try to make that military of the Saudis more capable of carrying out what they find to be their military necessity without killing innocents."

At the same time, he blamed the rebels for stockpiling weapons in residential areas, which he said was not a sign that they care about the safety of civilians.

On Thursday, the U.N. humanitarian coordinator for Yemen said that Saudi-led airstrikes had killed 109 civilians since Dec. 18, including at least 54 in airstrikes on a market in the western province of Taiz, and 14 people from the same family in an airstrike on a farm in the coastal Hodeida province.

The Saudi-led coalition fighting the Shiite rebels criticized the statement, calling it "biased" toward the rebels and calling on the U.N. to review the humanitarian work mechanism and the competence of its employees in Yemen. It said the statement created "a constant state of uncertainty about the information and data on which the U.N. relies and undermines its credibility."

The coalition, backing an internationally recognized government, has been at war with Iran-allied Shiite rebels, known as Houthis, since March 2015. The stalemated war has killed more than 10,000 people, displaced 3 million, damaged critical infrastructure and pushed the country to the brink of famine.