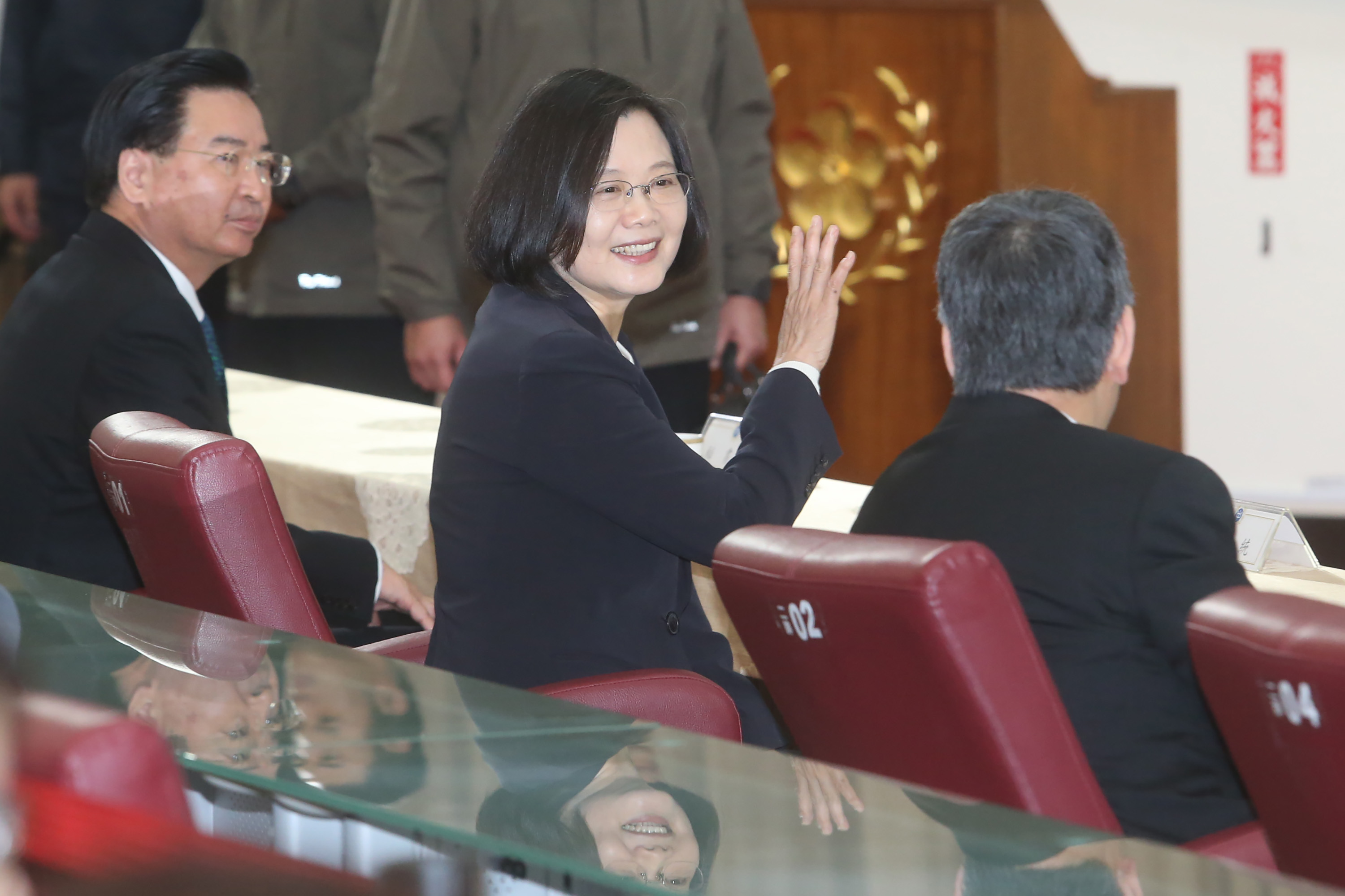 As the commander of Taiwan’s Armed Forces, Tsai said she was giving herself as one of the most important duties the strengthening of the country’s defense capabilities and the protection of its security.

Tsai made the statements during an “afternoon tea” with reporters in the company of Vice President Chen Chien-jen (陳建仁) and Presidential Secretary-General Joseph Wu (吳釗燮) at the National Chung-Shan Institute of Science of Technology (中科院) in Taoyuan, the Central News Agency reported.

The president said she had chosen the site for her news conference because it was a symbol of Taiwan’s autonomy in the defense industry. As each country was facing a rapidly changing environment, Taiwan especially had to rethink its position and policies, she said, reminding reporters of China’s recent spate of military drills which brought its warplanes and naval vessels close to the island.

Taiwan could not just rely on others but needed to upgrade its ability to defend itself, Tsai said. She promised that defense spending would rise gradually and steadily within a reasonable range.