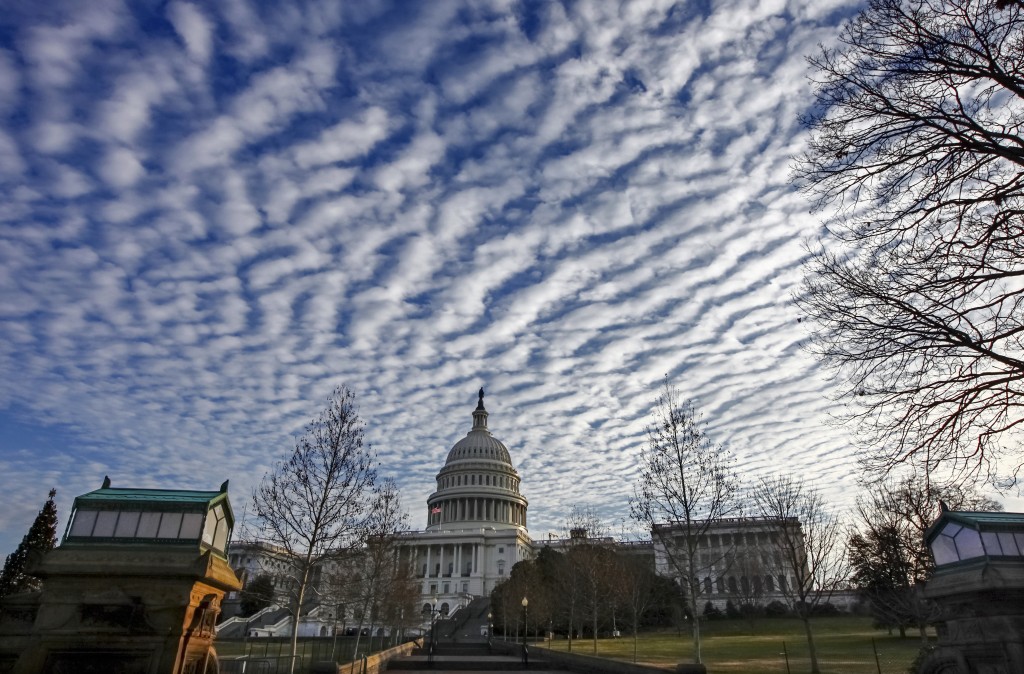 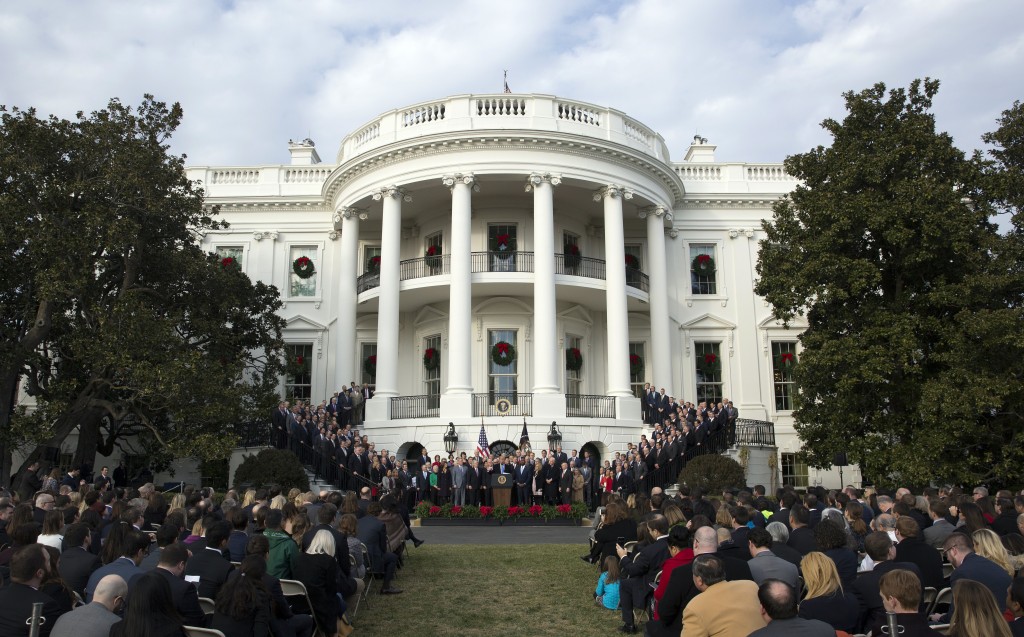 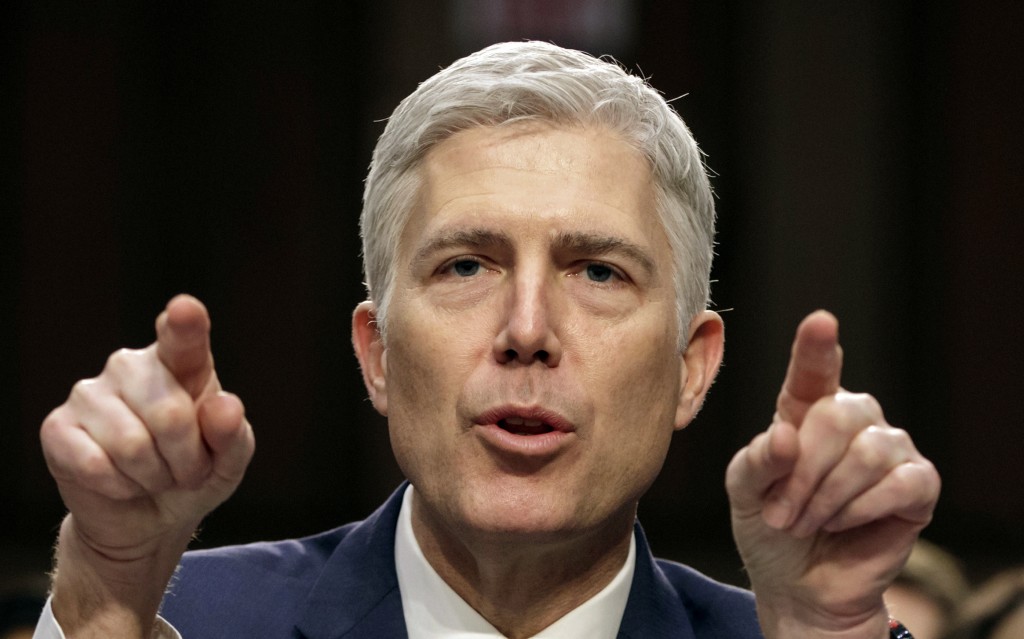 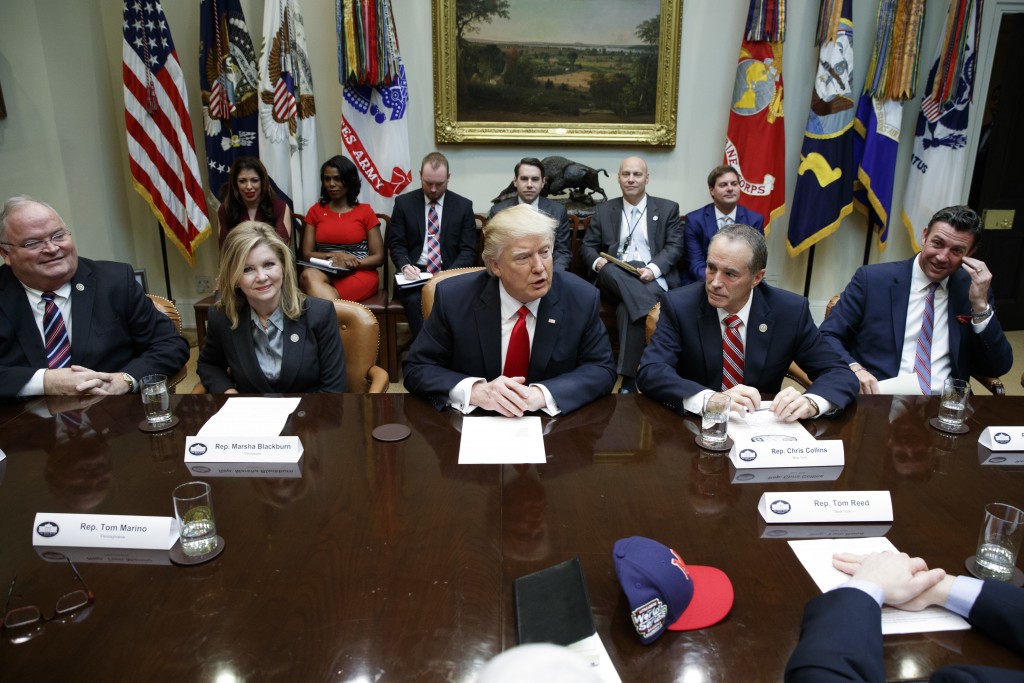 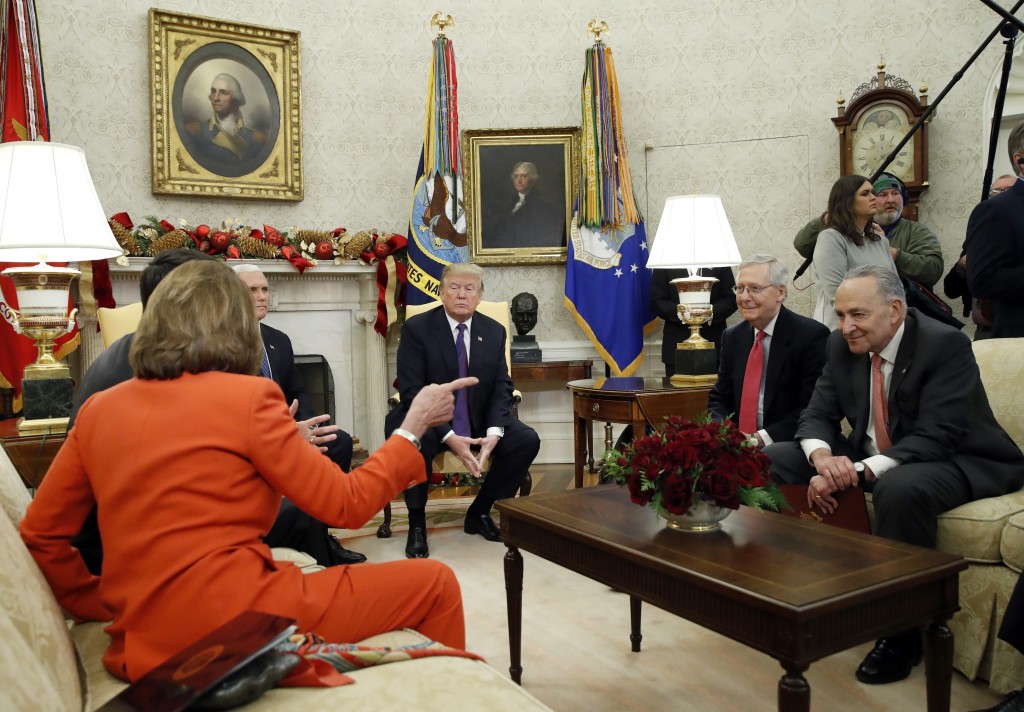 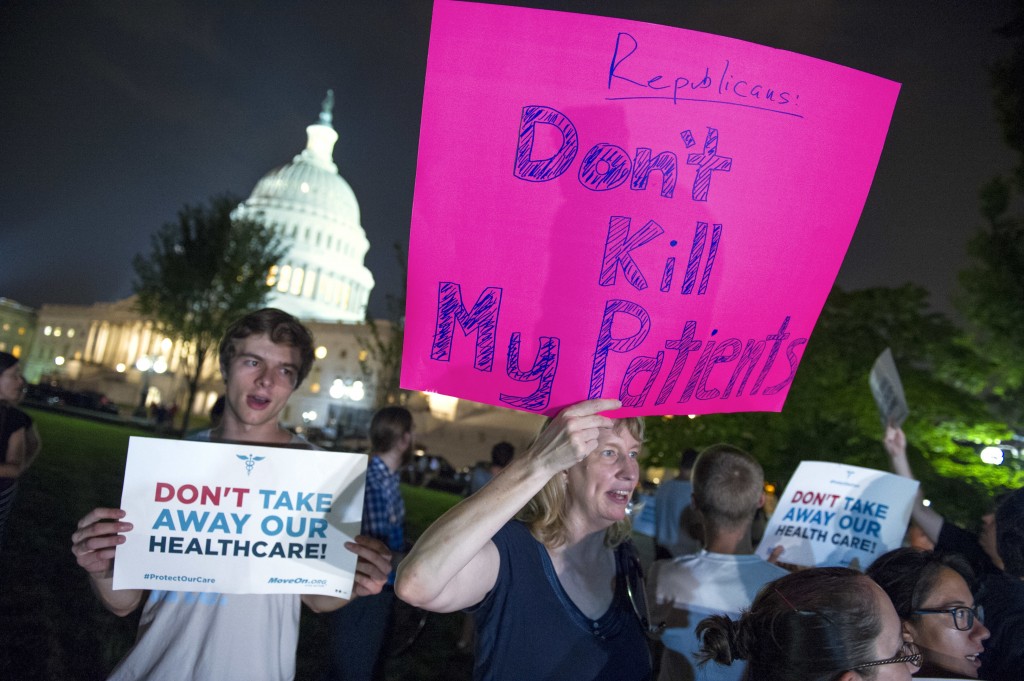 WASHINGTON (AP) — Donald Trump's unpredictable, pugnacious approach to the presidency often worked against him as Republicans navigated a tumultuous but ultimately productive year in Congress.

Trump's major accomplishments, confirmation of conservative Supreme Court Justice Neil Gorsuch and a historic tax cut, actually came with relatively little drama. But Republicans often struggled to stay on the rails, particularly with a big pratfall on health care and repeated struggles to accomplish the very basics of governing.

Several shutdown deadlines came and went, and a default on the government's debt was averted, thanks to a momentary rapprochement with top Democrats, House Minority Leader Nancy Pelosi and Sen. Chuck Schumer. But a promised solution to the plight of young immigrants brought to the country illegally as infants or children was delayed, while a routine reauthorization of a program providing health care to 9 million low-income kids stalled as well.

Often it seemed as if Trump were more interested in picking fights on Twitter than the nuts and bolts of legislating.

A catchall spending deal in May got relatively little attention for what it accomplished, overshadowed by Trump's threat to shut the government down if he didn't get a better deal the next time. But there was no next time — and about $1.2 trillion in unfinished agency budgets got punted into the new year.

Still, there was no shortage of drama this year on Capitol Hill. Trump displayed a penchant for picking fights with fellow Republicans: Arizona's two senators John McCain and Jeff Flake; Tennessee's Bob Corker and Majority Leader Mitch McConnell of Kentucky. Onetime Republican rivals such as Sens. Ted Cruz of Texas and Lindsey Graham of South Carolina came firmly into Trump's fold — even as Corker and Flake, both facing potentially difficult primary races, announced their retirements.

Several mass shootings around the country and the near-assassination of House GOP Whip Steve Scalise of Louisiana failed to dislodge legislation on background checks or so-called bump stocks, though Scalise made an emotional return to the Capitol in the fall. McCain was diagnosed with a deadly form of brain cancer — and soon after cast a decisive vote against the Senate's health care bill.

The nation's debate on sexual misconduct swept over the Capitol as well, forcing the resignations of Rep. John Conyers, D-Mich. and Sen. Al Franken, D-Minn. Several other lawmakers announced premature retirements and the somnolent Ethics Committee launched a handful of investigations, too.

Retirements, often evidence that lawmakers think a wave election may be looming, came in bunches, with more likely after lawmakers spend time with their families over the holidays. Democrats eyed the districts of GOP Reps. Ileana Ros-Lehtinen of Florida, Frank Lobiondo of New Jersey, Dave Trott of Michigan, and Charlie Dent of Pennsylvania as potential pickups.

Then there was the Alabama special election to fill the seat of Attorney General Jeff Sessions.

Establishment Republicans such as McConnell swung forcefully behind appointed Sen. Luther Strange, but firebrand conservative Roy Moore still took the nomination. Then, after several women said he'd molested or dated them as teenagers more than four decades ago, Moore lost the long-held GOP seat to Democrat Doug Jones. That evoked parallels to the 2010 Senate win of Republican Scott Brown in Massachusetts, which presaged the 2010 tidal wave, that time against Democrats.

The longstanding goal of repealing "Obamacare" consumed Republicans for months. The effort squeaked through the House — after being left for dead at least once — in a process that exposed fissures in GOP ranks and whipped Democrats and their political base into a frenzy. But in the Senate, it was clear from the start that the "repeal and replace" push faced a slog, and afterward it seemed as if several moderate Republicans simply didn't want to get to "yes."

After the GOP's health care debacle, failure wasn't an option on taxes.

The effort was far more focused and organized — and it paid off. Senate GOP leaders largely passed off the measure to worker bees such as Pat Toomey, R-Pa., Tim Scott, R-S.C., and Rob Portman, R-Ohio, while in the House, Speaker Paul Ryan, R-Wis., remained singularly devoted to it, along with Ways and Means Committee Chairman Kevin Brady, R-Texas.

While Trump's grasp of health care legislation was spotty at best, his cheerleading helped on taxes. It also helped, as Ryan said in an interview, that Republicans "are more or less wired the same" on taxes.

"Our DNA is similarly structured as Republicans," he said. "We were more or less agreed on how to do it. We did not necessarily have that on health care."

Still, taxes consumed most of the fall, and during the debate GOP leaders were reluctant to take any chances by angering Republicans on other topics such as the immigration and the budget. That meant talks with Democrats faltered — and left a huge pile of unfinished business until next year, including disaster aid, immigration, and budget increases for the Pentagon.

"We have big things that have to be done," said Rep. Patrick McHenry, R-N.C., a top leadership strategist and enforcer. With the tax overhaul done, he said, "the calendar opens up and we can actually start moving forward on a bunch of these different items."