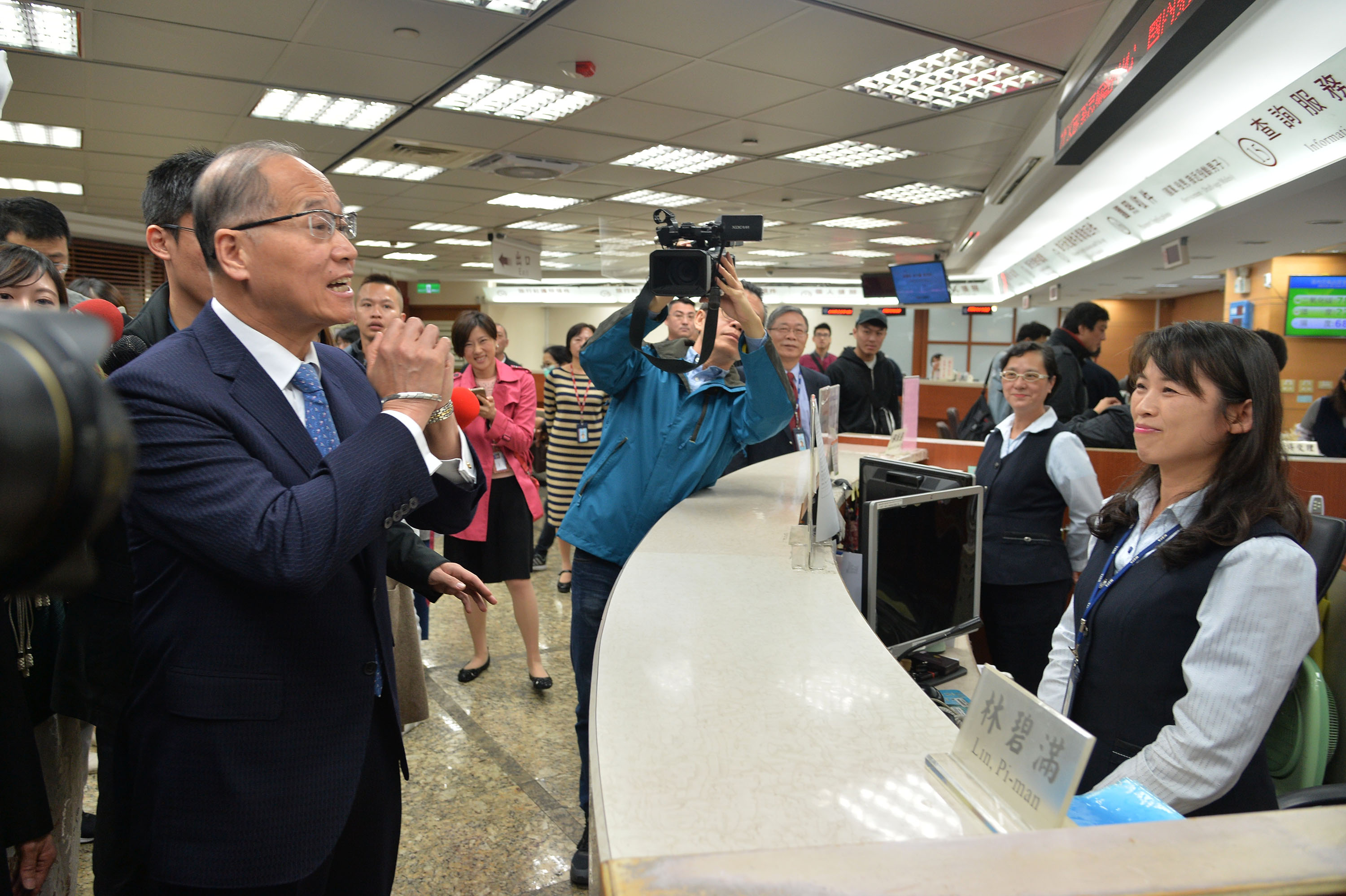 The mistake had been spotted by netizens and publicized on Tuesday, setting in motion a long chain of embarrassing events. At first, the Ministry of Foreign Affairs (MOFA) denied there had been a mistake, but after it admitted to the fact, it first said it would continue to hand out the 200,000 passports already printed with the wrong image. Barely hours after that announcement, it reversed course.

When the head of the Bureau of Consular Affairs (BOCA) and her predecessor, now serving as Taiwan’s envoy in Canada, were demoted to take responsibility, the latter publicly voiced his opposition.

In his first public appearance since the mix-up became known, Lee visited BOCA Friday to boost morale at the department, shaking hands with each employee. He also openly apologized to the public and insisted he would bear the responsibility he needed to bear, adding that staying in his post or leaving it had never been a problem.

In the wake of the passport debacle, rumors had begun to float around in the media that Lee would be replaced by Taiwan’s representative in the United States, Stanley Kao (高碩泰), but officials denied any such plans.

The minister said he would report to the president and the premier after New Year’s Day before picking successors for the two demoted officials.