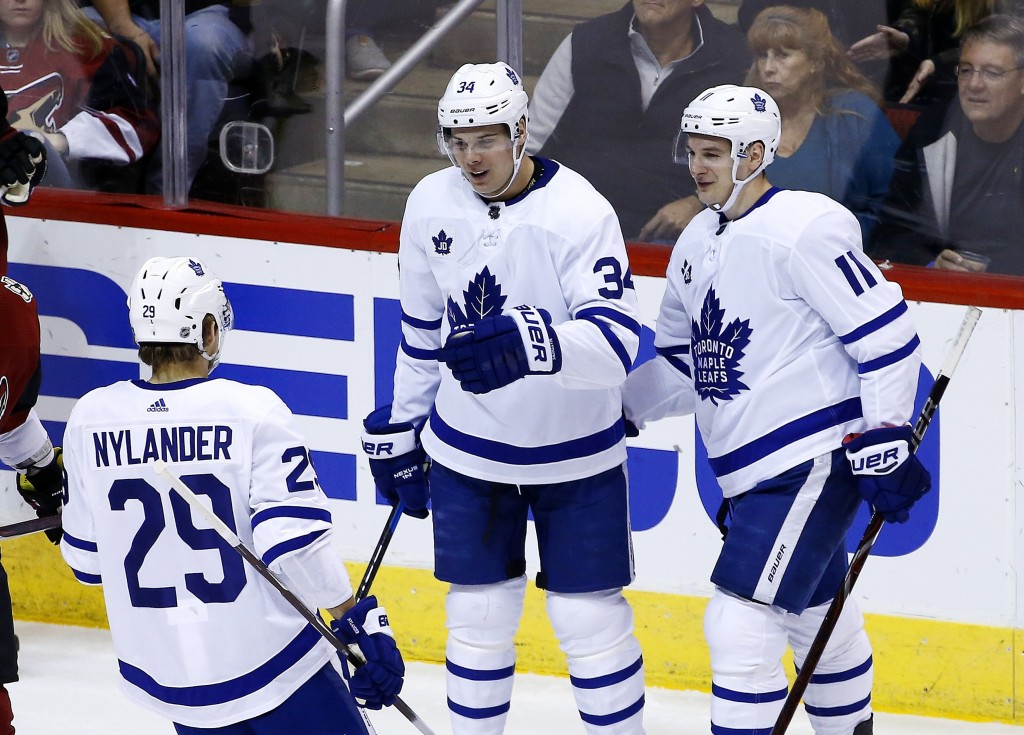 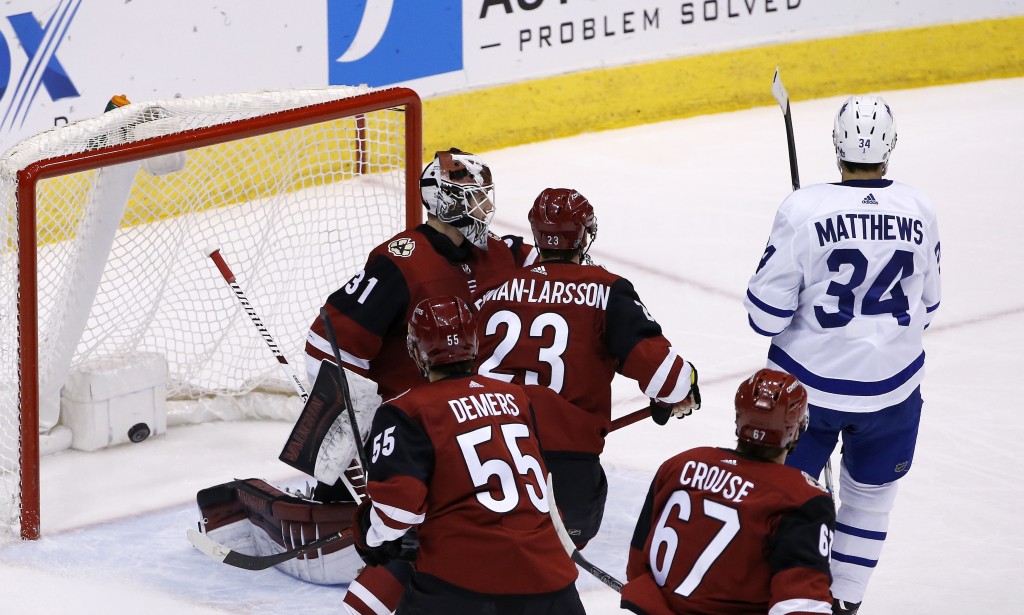 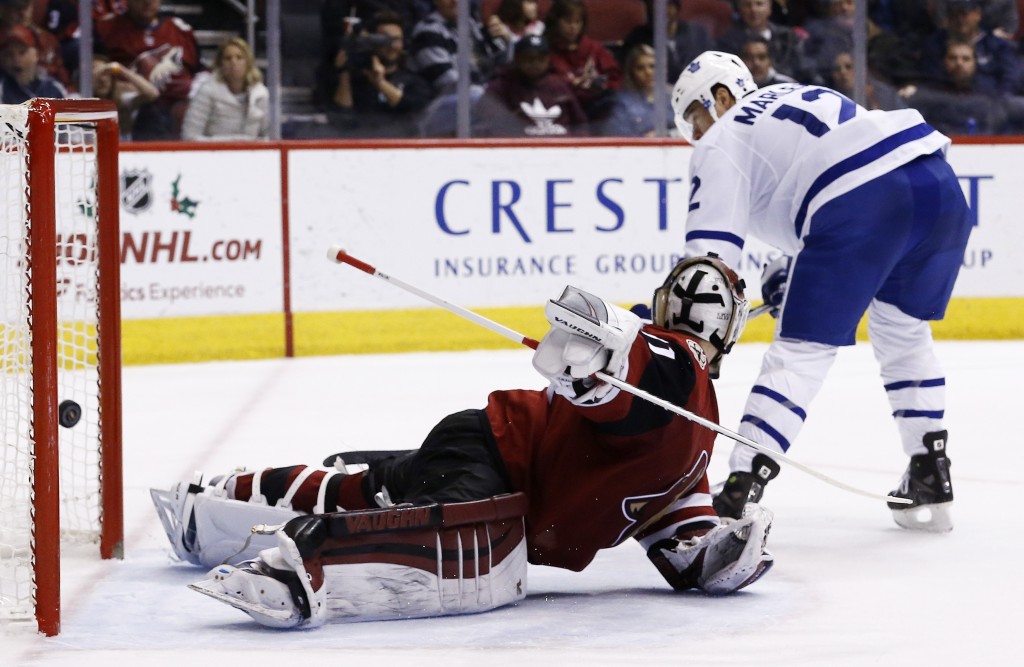 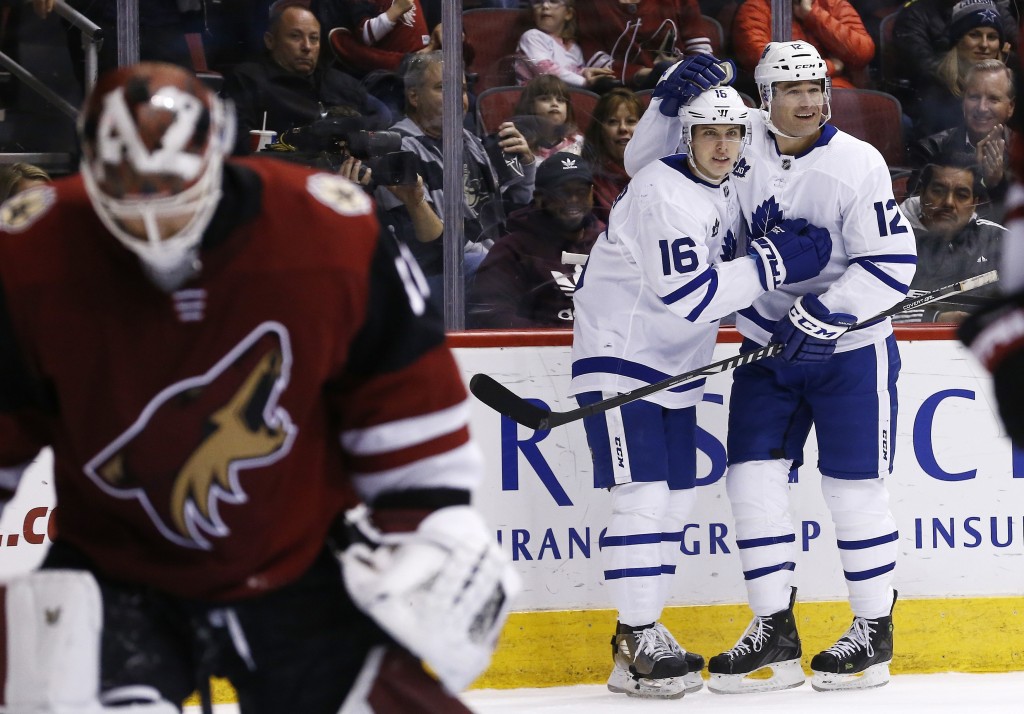 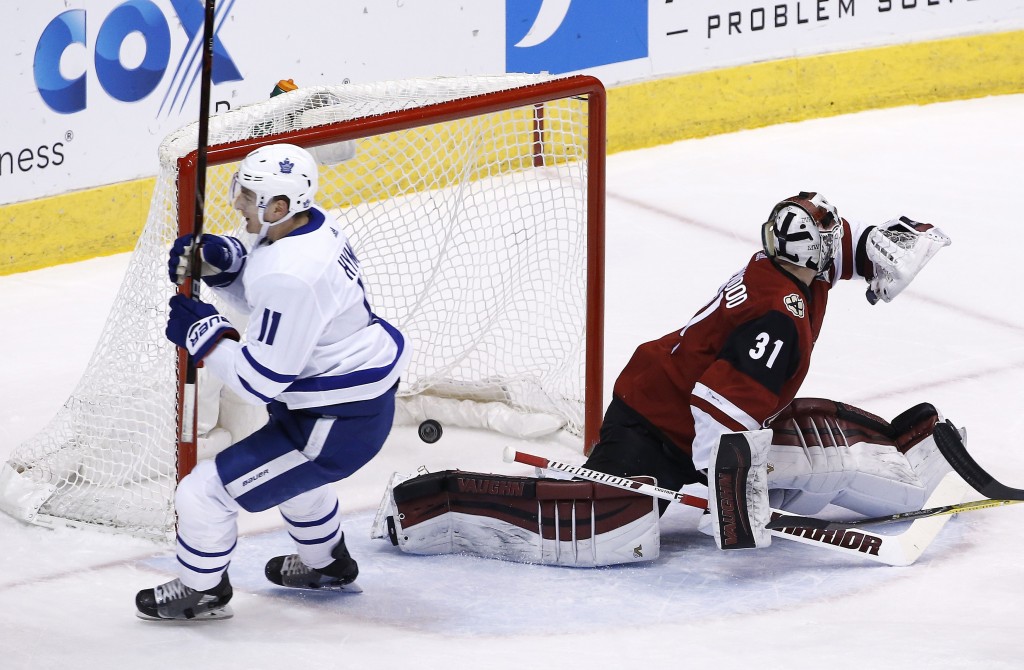 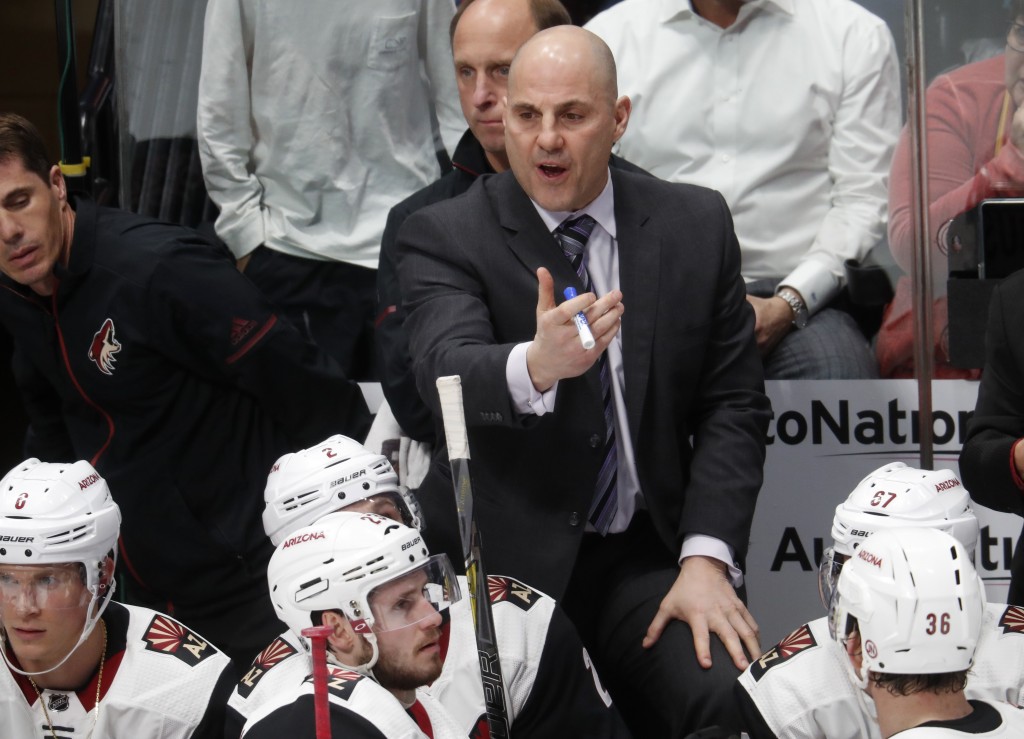 Facing the Coyotes in Arizona for the second time in his career, the 20-year-old Matthews scored in his second straight game after missing six because of concussion-like symptoms.

With Toronto off since beating the Rangers on Saturday night in New York, Matthews spent the Christmas break with his family in Scottsdale. He feasted on mother Ema's cooking and played golf with father Brian and younger sister Breyana, an accomplished junior golfer.

The family was out in full force at Gila River Arena in the Maple Leafs' only Arizona visit of the season. Thousands of fans wore Toronto jerseys, with Matthews' No. 34 the most popular.

Josh Archibald, Brendan Perlini, Jordan Martinook and Christian Fischer scored for the NHL-worst Coyotes. Arizona was coming off a 3-1 victory in Colorado on Wednesday night.

Toronto scored three goals in a 2 1/2-minute span midway through the first period, and added three more in a 6:08 stretch in the second to put it away.

Hyman opened the scoring on a short-handed breakaway at 8:55 of the first. Arizona's Derek Stepan lost control at the blue line, and Hyman sped away and beat goalie Scott Wedgewood with a wrist shot.

Matthews added his 15th of the season 2:03 later with a wrist shot from the slot. Twenty-seven seconds later, Marner fired another wrist shot — this one while falling — past Wedgewood.

Arizona scored twice in a 1:17 span late in the period. Archibald scored off a bouncing rebound for his first goal of the season, and Perlini connected from close range.

The Maple Leafs revved up the offensive again midway through the second.

Marleau started the spree with a power-play deflection, Nylander beat Wedgewood on a breakaway after Oliver Ekman-Larsson's turnover, and Marleau capped the flurry from close range. The 38-year-old Marleau has 14 goals in his first season with Toronto.

Martinook scored for Arizona late in the second, and Fischer had a power-play goal in the third. Brown finished the scoring with an empty-net goal.

The Maple Leafs honored the late Johnny Bower by wearing "JB" jersey patches and helmet stickers. The Hall of Fame goalie died Tuesday at age 93. He helped Toronto win four Stanley Cup titles, the last in 1967 at age 43. The Coyotes had a moment of silence for Bower before the game.

NOTES: Matthews has 55 goals and 43 assists in 110 career regular-season games. He was born in San Ramon, California. ... Matthews and Fischer were teammates for two seasons in the U.S. national team development program. ... Arizona recalled F Mario Kempe from Tucson of the American Hockey League.

Coyotes: At Anaheim on Sunday.