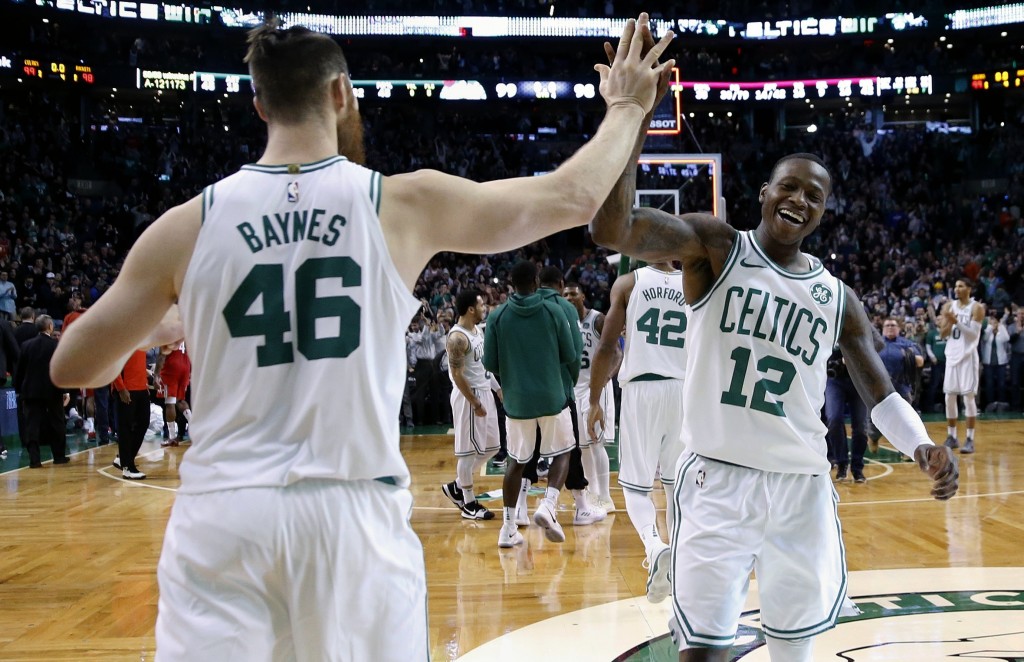 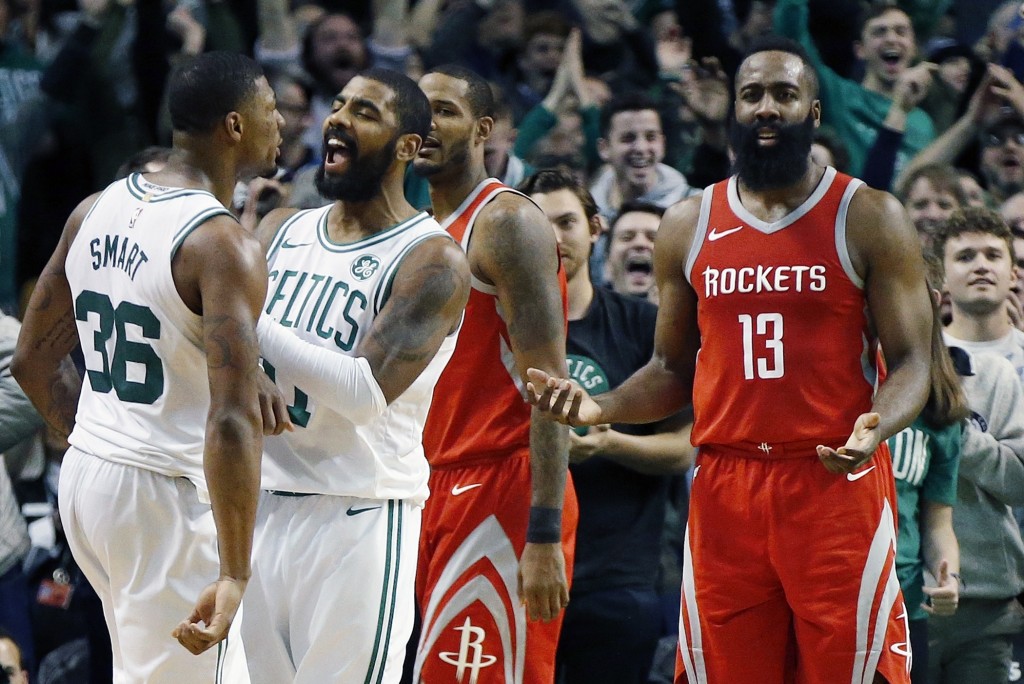 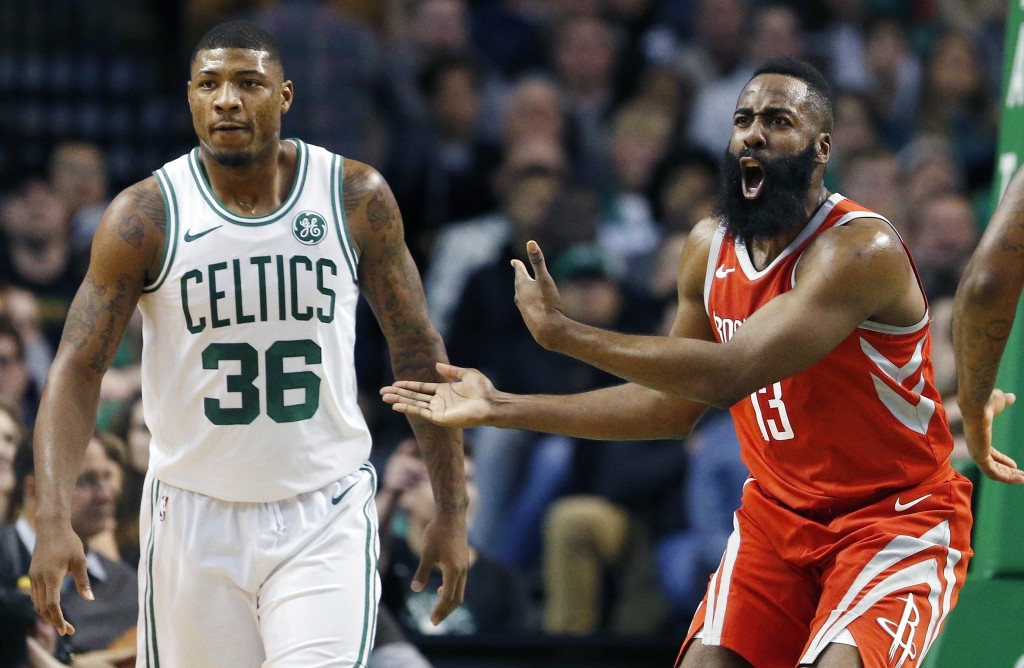 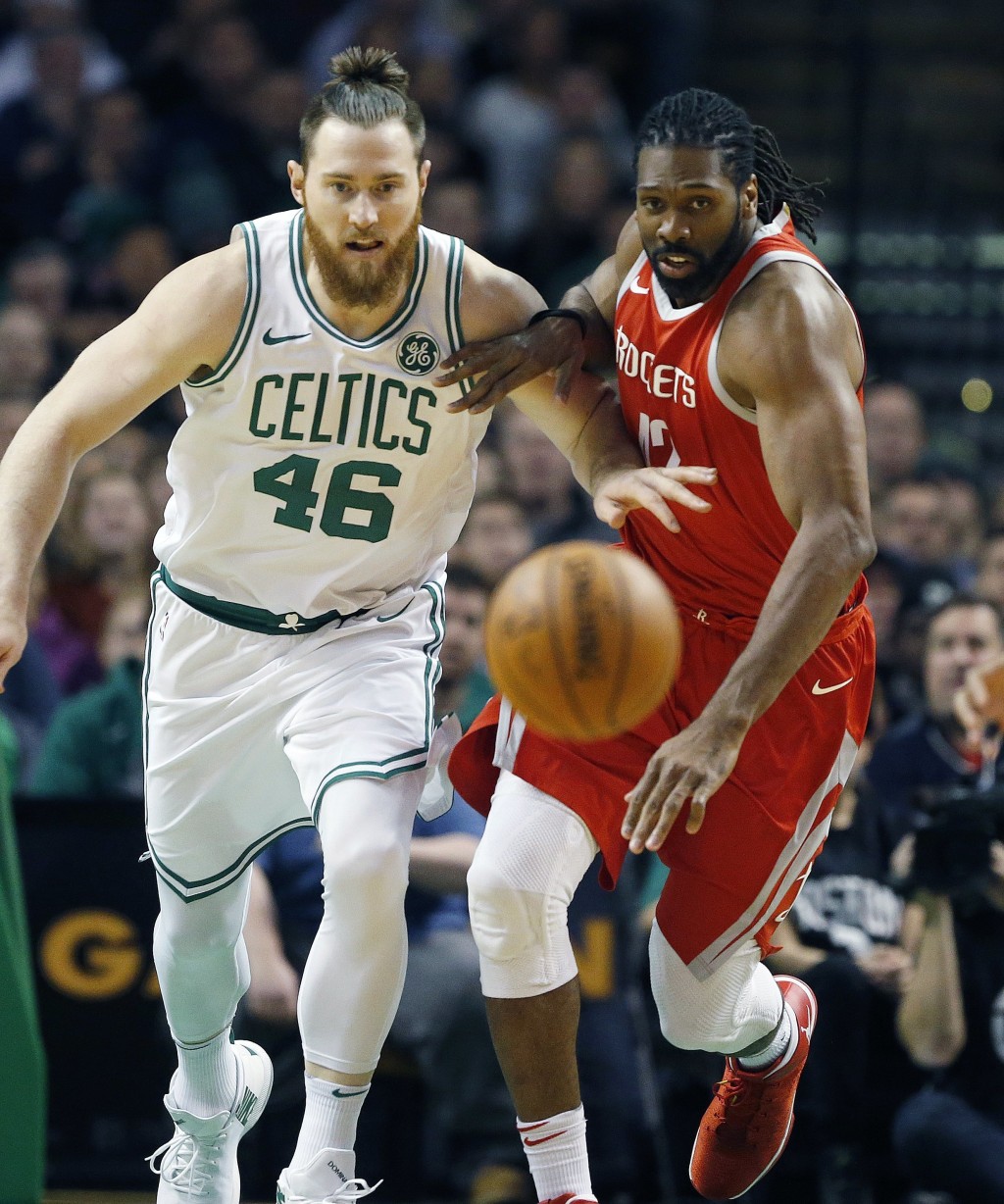 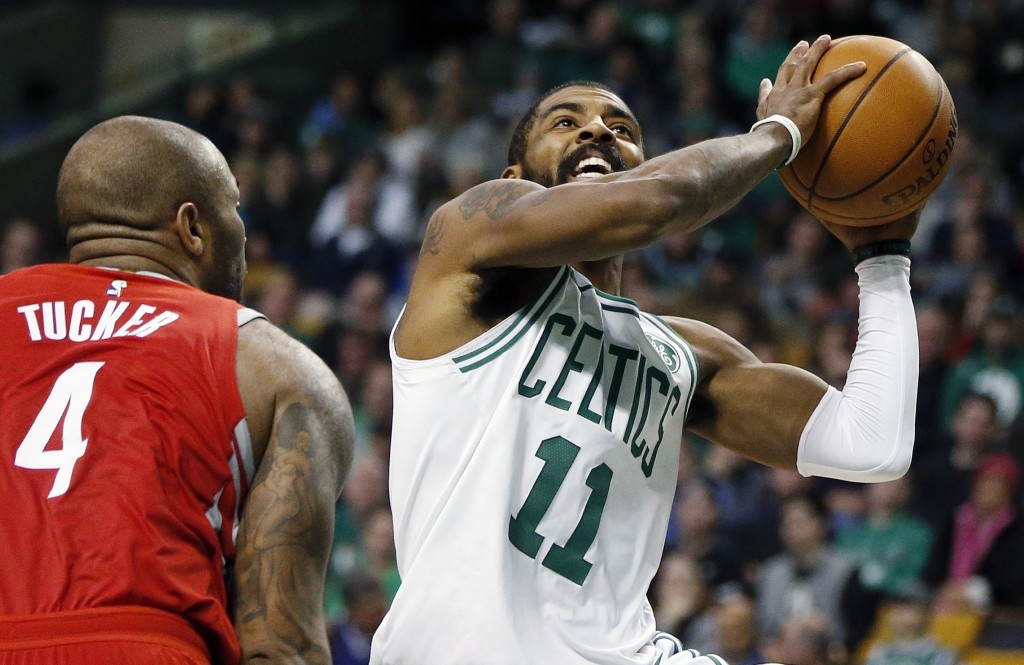 BOSTON (AP) — Al Horford made a hook shot with 3.7 seconds left to give Boston its only lead of the game, and the Celtics rallied from a 26-point deficit to beat the Houston Rockets 99-98 on Thursday night.

Kyrie Irving scored 26 and Jayson Tatum finished with 19 for the Celtics, while Marcus Smart drew two offensive fouls against James Harden in the closing seconds to help Boston complete the comeback.

Tatum made a layup with seven seconds left to pull the Celtics within 98-97, then Smart had position on Harden for an offensive foul that gave Boston the ball and a chance to win it. Horford converted from the lane to put Boston up for the first time in a game Houston had led throughout and dominated until midway through the third quarter.

Harden finished with 34 points and 10 assists. Eric Gordon scored 24 points for Houston, which shot 25 percent (9 of 36) in the second half and lost its fourth straight.

The Rockets had one last chance after Horford's go-ahead hook shot, but Harden was called for another offensive foul and time expired after Horford missed his second free throw.

Houston opened the game on a 12-0 run and led 62-38 at halftime. After committing six turnovers in the first half, Houston had seven in the third quarter and Boston capitalized by outscoring the Rockets 31-16. Irving scored 12 in the third quarter as Boston picked up its defense, holding Houston to just four field goals in the period.

Boston got within a point a couple times in the fourth, but couldn't quite catch the Rockets until the final seconds.

Smart drove for a layup and pulled Boston within 96-95 with 13.5 seconds left. Boston pressured the inbounds pass and Houston called time, then another before getting the ball to Harden, who made both free throws and finished 15 for 15 from the foul line. Rather than going for the 3-pointer, Boston went to Tatum for another layup, then Smart took an offensive foul by Harden on the inbounds play.

Houston's lead was in the 20s for nearly all of the second quarter and much of the third before Boston pulled back within range on a 12-0 run.

Irving drew another foul while driving to the basket and added two more from the line, then after a shot-clock violation, Marcus Morris hit a 3-pointer to cut the margin to 71-58 — the lowest it had been since Houston led 23-10. After a timeout, Irving stole the ball and got it to Smart for a layup to make it 71-60.

Houston was able to stall the momentum when Harden drew a foul with 1:56 left and got two extra free throws when Morris and Boston coach Brad Stevens received technicals for arguing. Harden made all four from the line, but a late 3-pointer by Rozier had Boston within 78-69 entering the fourth quarter.

Rockets: Veteran swingman Gerald Green, who signed a free-agent deal with the Rockets earlier Thursday, finished with two rebounds and no points in 11 minutes. ... The Rockets' 62 points in the first half were the most scored on the Celtics in the first two periods of a game this season. ... Houston point guard Chris Paul missed his third straight game with a groin strain and the Rockets fell to 10-7 without him.

Referee Mark Lindsay missed the game with a sore back, leaving Tony Brothers and Gediminas Petraitis to officiate the game on their own.

Rockets: Wrap up a three-game road trip Friday at Washington.