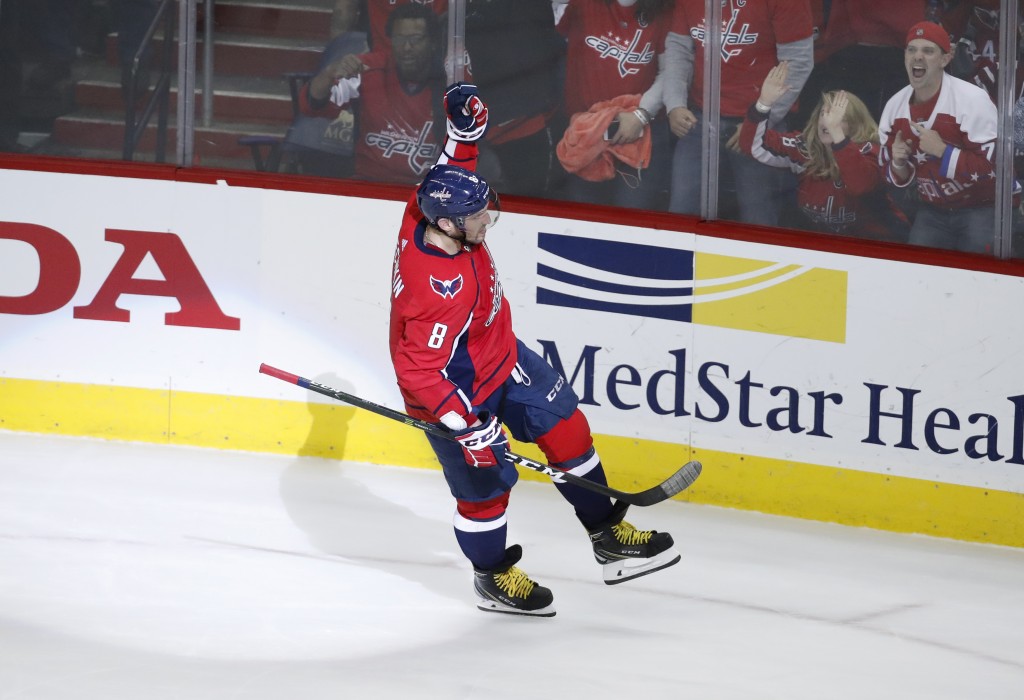 WASHINGTON (AP) — Alex Ovechkin got his 24th goal of the season and then scored in the shootout to help the Washington Capitals beat the Boston Bruins 4-3 on Thursday night.

Lars Eller and Brett Connolly also scored for the Capitals, who snapped a three-game losing streak and won their 12th consecutive game over the Bruins. Washington also ended a scoring drought that had lasted almost nine full periods.

David Backes scored twice for the second time this season, but Boston lost for the third time in its last 12 games. Noel Acciari also scored for the Bruins.

Boston built a 2-0 lead before Washington registered its first shot of the game, and also led 3-2 in the third.

Washington's Braden Holtby and Boston's Anton Khudobin each made 31 saves.

Brayden Point got the tiebreaking goal in the third and Andrei Vasilevskiy made 31 saves as Tampa Bay picked up its eighth consecutive victory at home.

Brendan Gallagher scored and Carey Price stopped 31 shots for Montreal, which has lost seven of 10.

Derek MacKenzie and Jonathan Huberdeau scored in the second period as the Panthers earned their first win over the Flyers since March 12, 2016, snapping a four-game losing streak against Philly. Jared McCann also scored.

Brian Elliott made 24 saves for the Flyers, who fell to 0-10-2 in first games after the Christmas break. Scott Laughton and Sean Couturier scored in the third period.