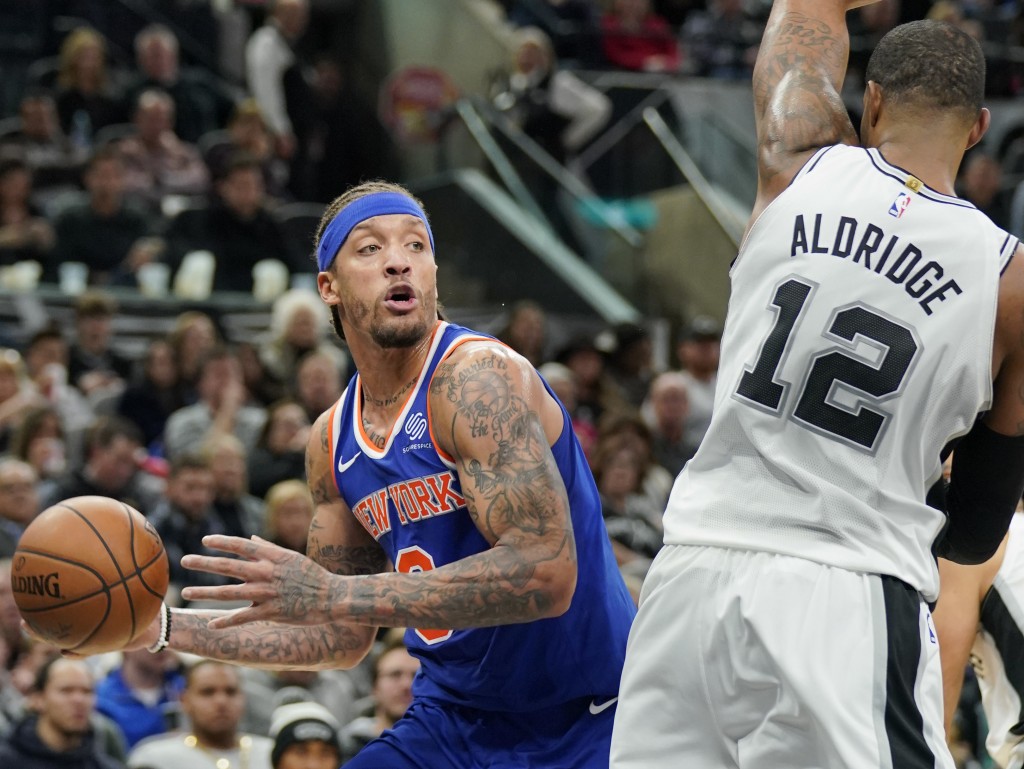 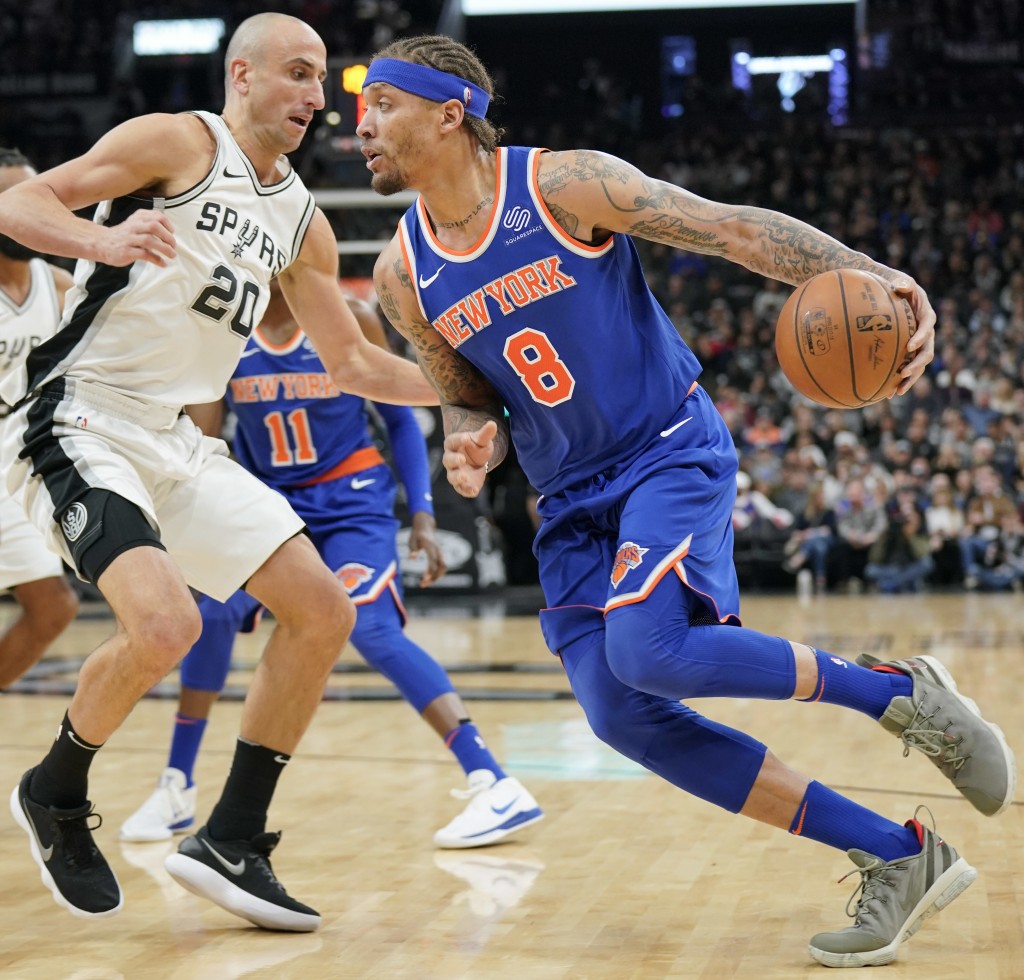 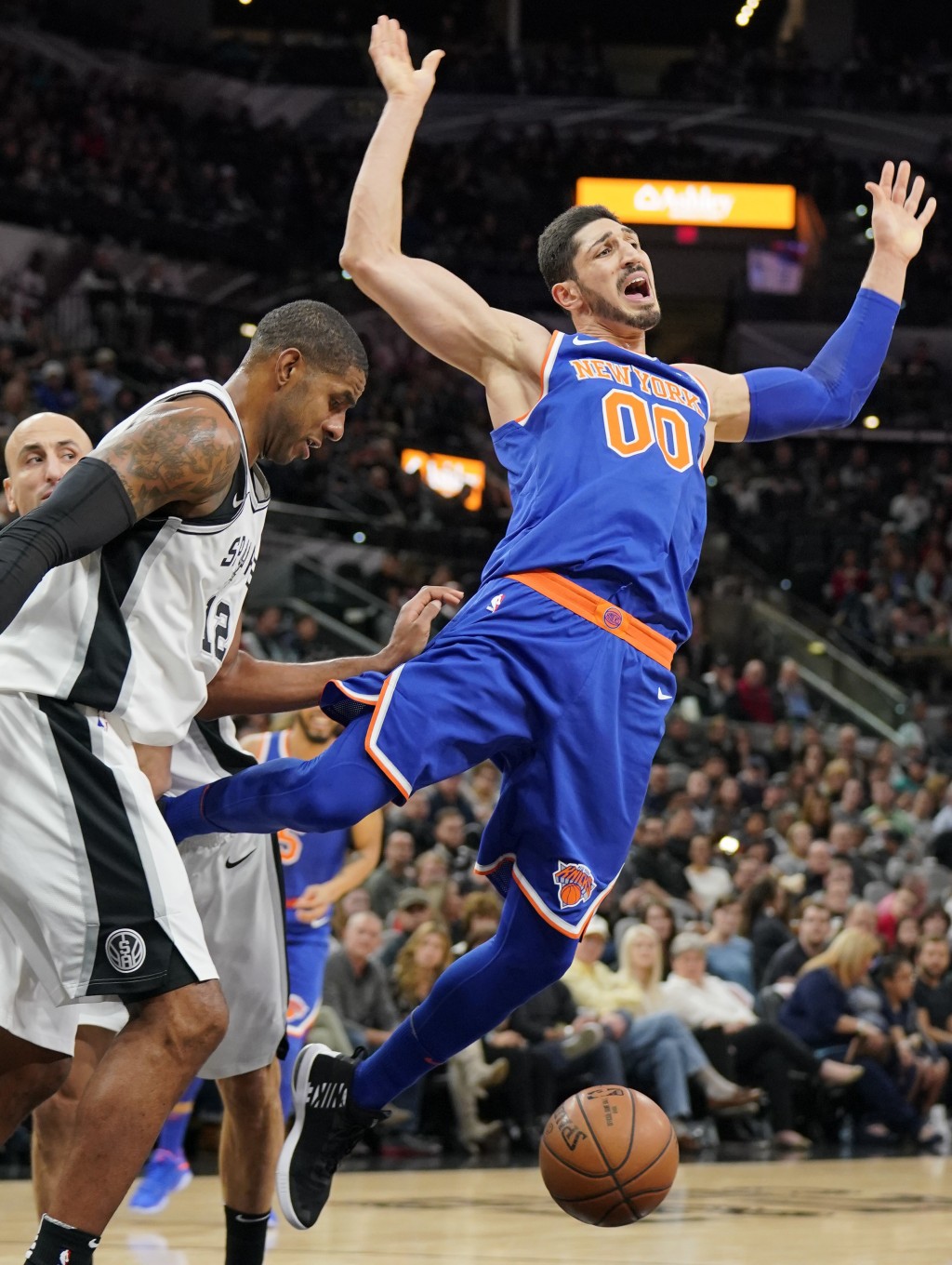 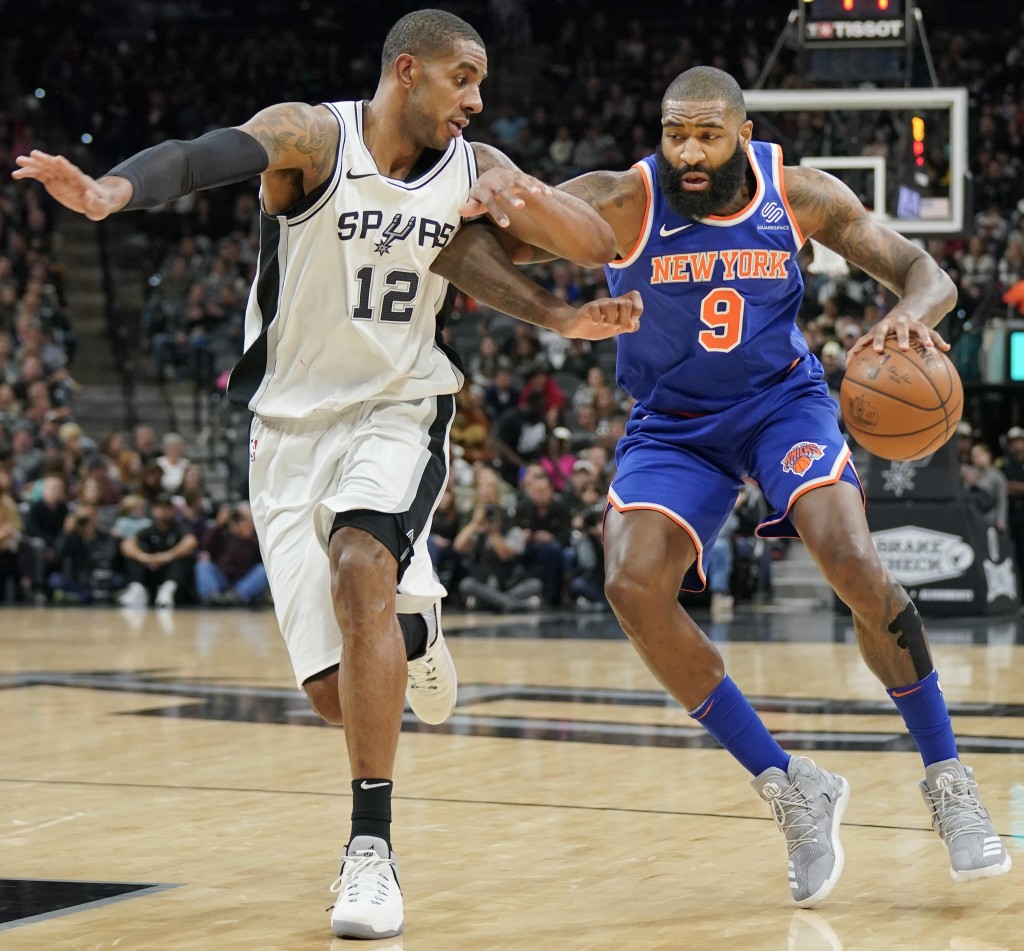 The Spurs improved to 17-2 at home while winning their third straight overall.

The Spurs were without Kawhi Leonard and lost Rudy Gay to a foot injury only two nights after playing with a full roster for the first time all season. Leonard sat out for rest. Gay exited the game late in the third quarter with a sore right heel.

Kyle Anderson had 16 points and eight rebounds starting in place of Leonard. Tony Parker scored 14 points, including 10 in the first quarter as San Antonio bolted to an early lead.

The Spurs led by as many as 17 points in an uncharacteristically high-scoring game for them. San Antonio was limiting opponents to 98 points per game, but New York was able to increase the pace.

Knicks: G Tim Hardaway Jr. missed his 14th straight game with a stress injury to his lower left leg. . The Knicks are 5-9 in back-to-back games this season after losing both games for the third time. Chicago defeated New York 92-87 on Wednesday night. . Porzingis was averaging 7.0 points per game in the fourth quarter, third in the league. He had two points in the fourth against the Spurs before fouling out with 2:30 remaining. . Knicks are 2-12 on the road this season, having won Oct. 29 at Cleveland and Dec. 14 at Brooklyn.

Spurs: Leonard was a late scratch from the lineup as his playing time remains limited following his return from a quad injury. It was the fourth time Leonard has sat out for what the Spurs listed as "return from injury management." . Parker has scored in double figures in 930 career games. Among point guards, only Gary Payton (1,035) and John Stockton (1,061) have more games scoring at least 10 points in league history. . Green is the 127th player in league history with 900 3-pointers.

Knicks: Visit New Orleans on Saturday night in their final game of 2017.