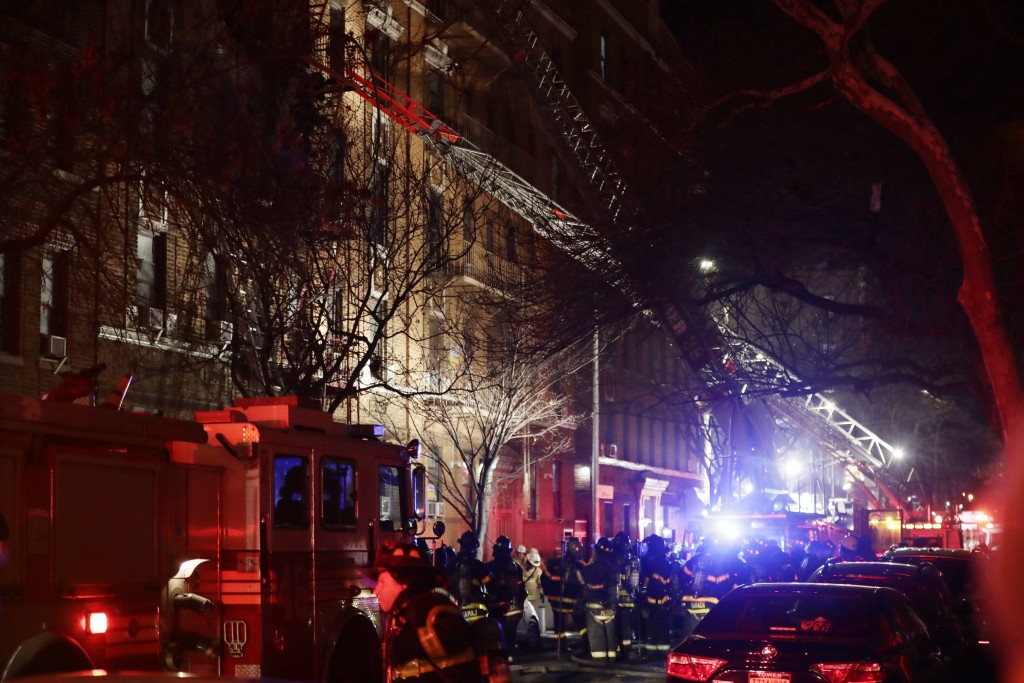 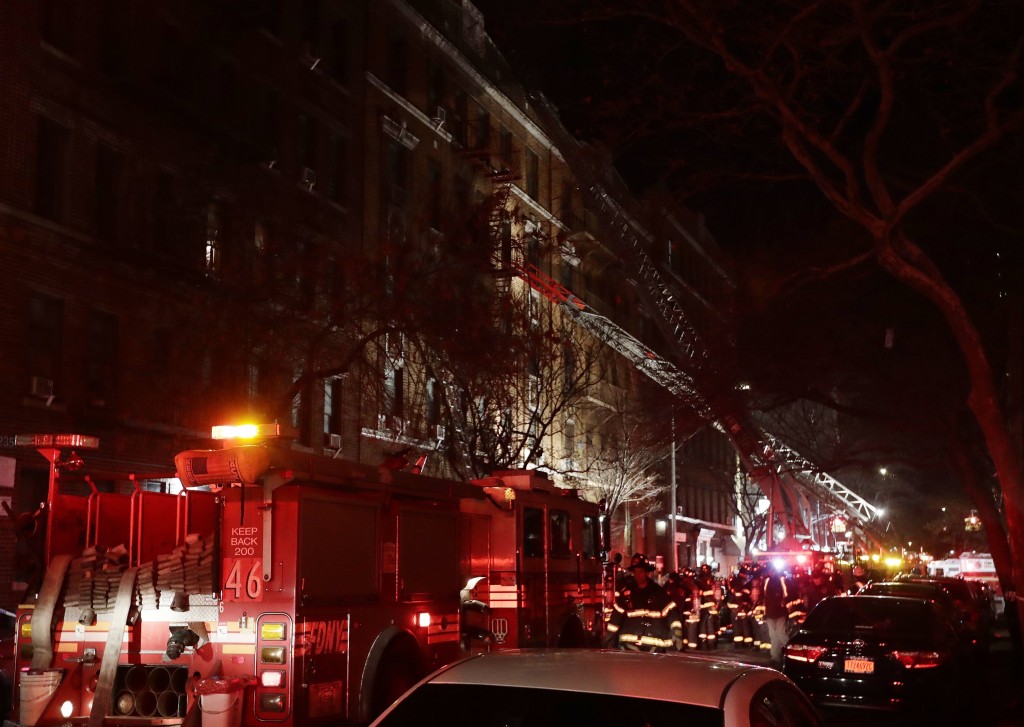 New York City's mayor says 12 people have been killed in a Bronx apartment building fire including a child around a year old.

Democratic Mayor Bill de Blasio (dih BLAH'-zee-oh) said during a briefing late Thursday that additional residents of the building were fighting for their lives with serious injuries.

Fire Commissioner Daniel Nigro called the fire, "historic in its magnitude," because of the number of lives lost.

The fire was reported just before 7 p.m. at a five-story building a block from the Bronx Zoo.

About 170 firefighters fought the fire and rescued fleeing tenants, working in temperatures in the teens.

The New York City mayor's press secretary says at least six people have died in a blaze at a Bronx apartment building on a frigid night, and several more have been injured.

Press Secretary Eric Phillips says the eventual toll is still uncertain. The Fire Department of New York said earlier that 15 people were seriously injured in the fire near the Bronx Zoo Thursday night.

Temperatures are in the teens in New York, with winds making it feel like single digits.

One of the deadliest fires in recent memory happened elsewhere in the Bronx in 2007. Nine children and one adult died in a blaze sparked by a space heater.

The Fire Department of New York says a blaze raging in a Bronx apartment building has seriously injured 15 people.

The FDNY says in a tweet that's the number of injuries currently reported from the fire near the Bronx Zoo.

FDNY photos show ladders stretched to the roof of the five-story building. Some 170 firefighters are on the scene.

City Department of Buildings records show the building is a walk-up apartment house.

City officials are advising people in the area to close their windows to keep out the smoke.