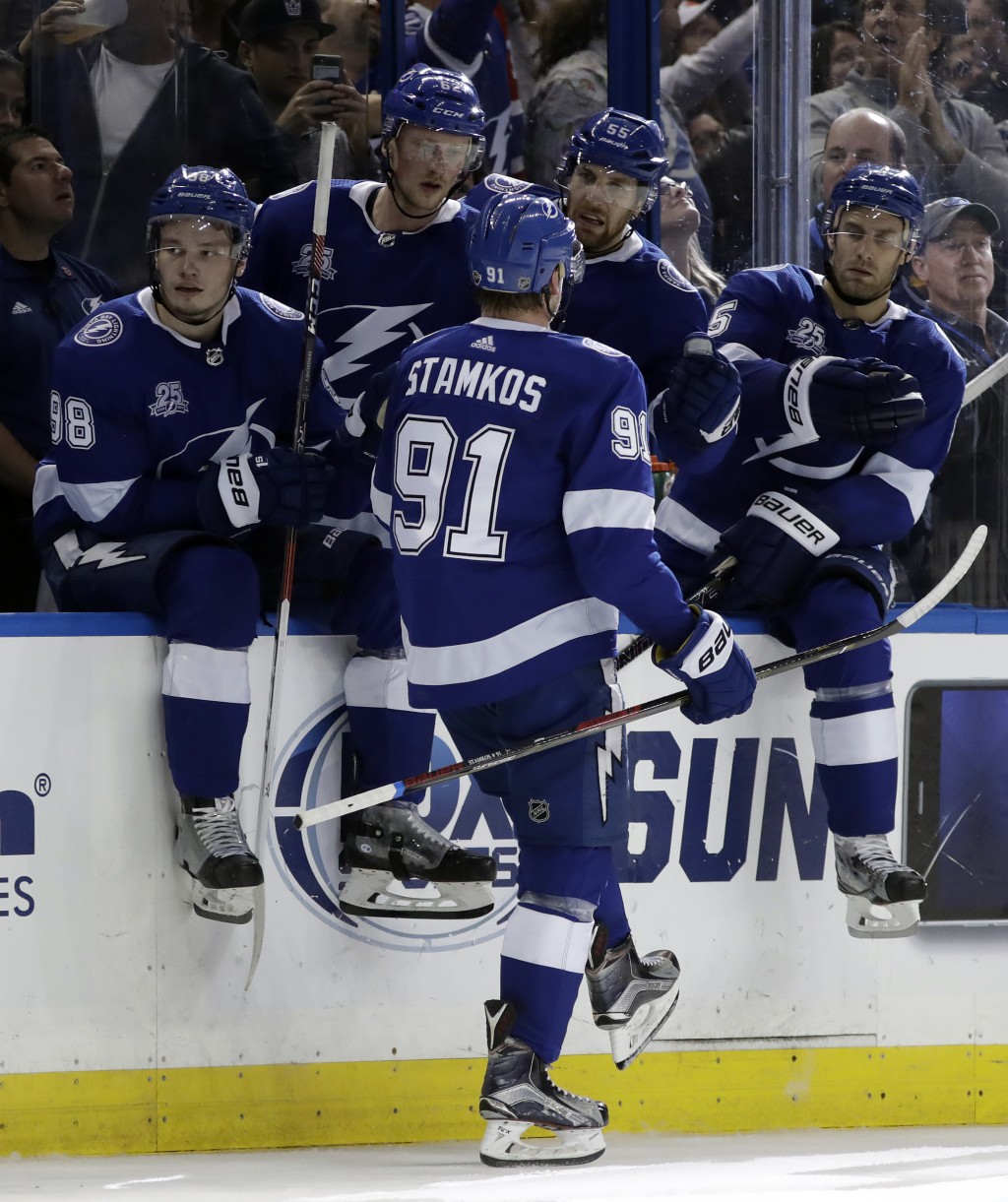 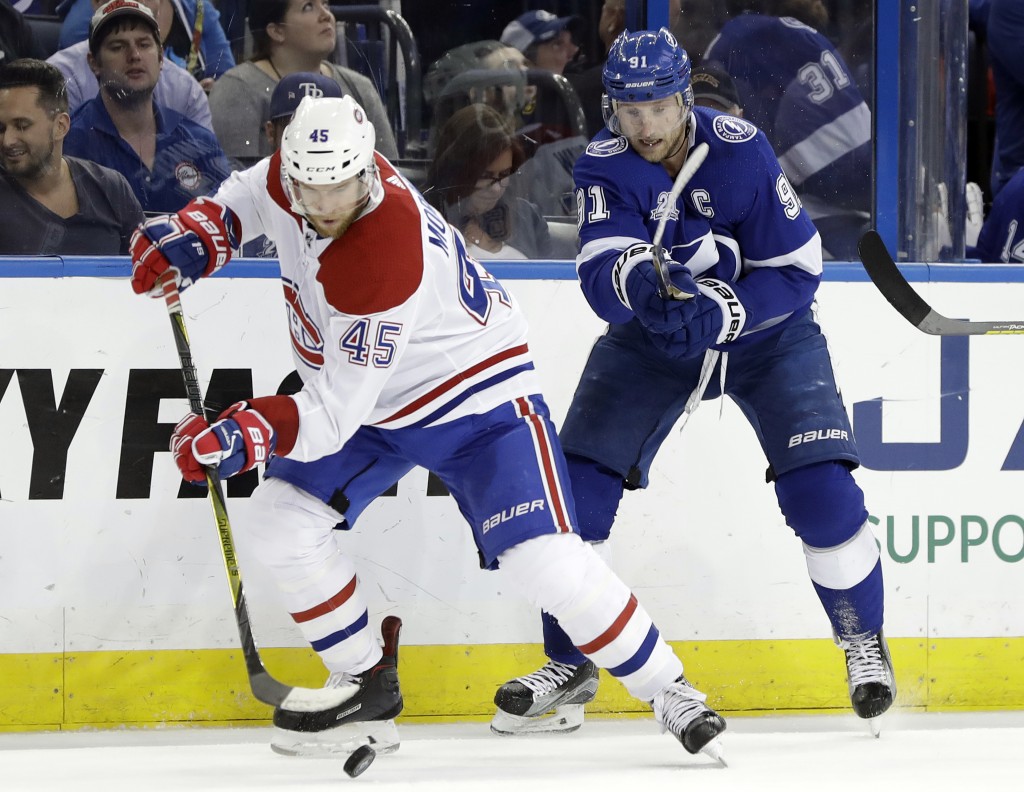 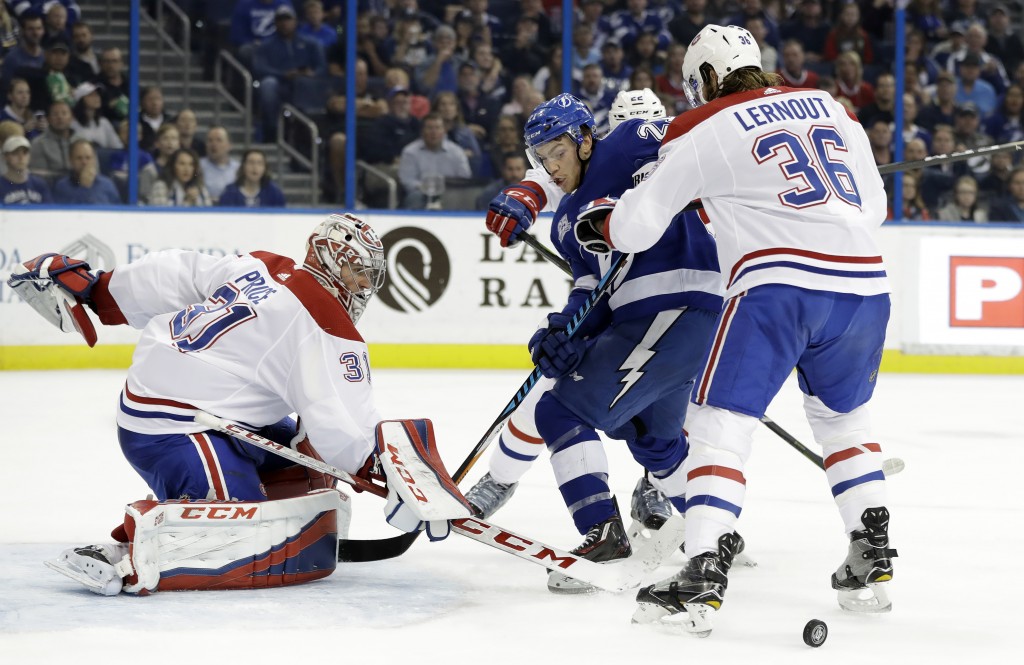 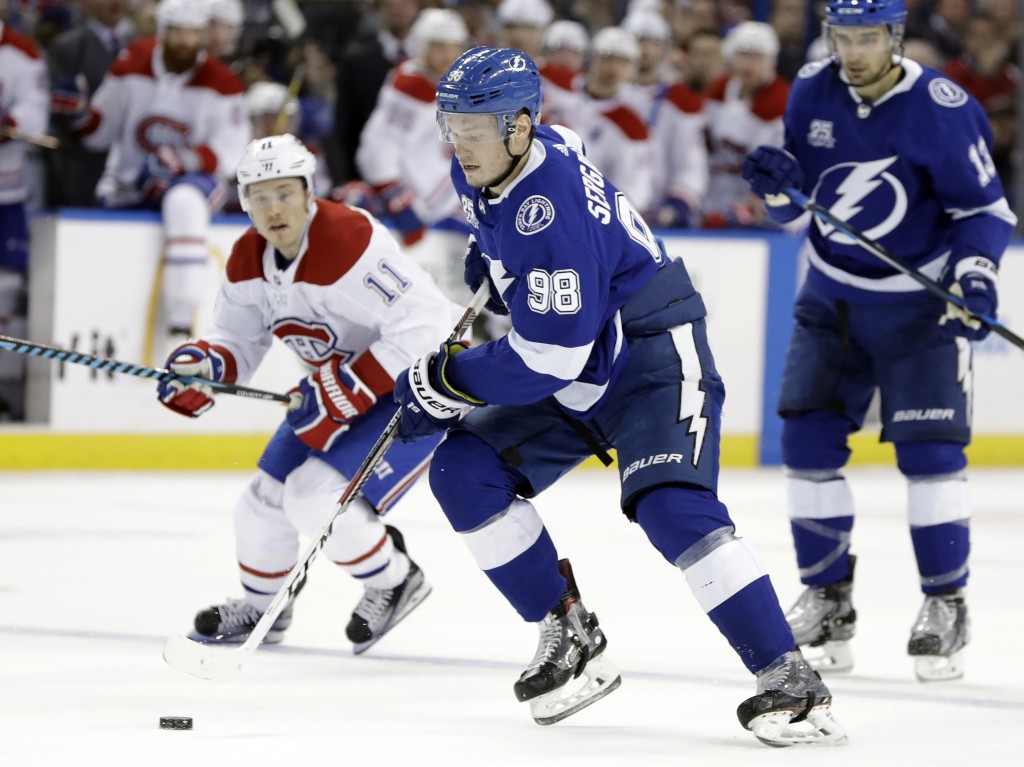 Brayden Point got the tiebreaking goal in the third and Andrei Vasilevskiy made 31 saves as Tampa Bay picked up its eighth consecutive victory at home.

Brendan Gallagher scored and Carey Price stopped 31 shots for Montreal, which has lost seven of 10.

Nikita Kucherov negated a potential icing by getting past Canadiens defenseman Karl Alzner and sent a backhand pass from behind the net to Stamkos, who tied it at 1 with 12 seconds left in the second.

Kucherov has seven assists and 12 points during an eight-game point streak.

Point put the Lightning up 2-1 during a goalmouth scramble 30 seconds into the third.

Gallagher opened the scoring early in second when the puck went off his glove during a power play.

Canadiens center Jonathan Drouin was held off the scoresheet in his first game against former team. Taken third overall in the 2013 draft by Tampa Bay, Drouin was traded to Montreal in June for defenseman Mikhail Sergachev.

NOTES: Tampa Bay D Anton Stralman, who entered as the NHL leader at plus-24 this season, sat out with a lower-body injury. ... Montreal LW Max Pacioretty became the ninth player from the 2007 draft to play in 600 NHL games. ... Tampa Bay RW Ryan Callahan (upper body) resumed practicing in a no-contact jersey. ... Price, 281-187-57 overall, is 12-13-6 against the Lightning.