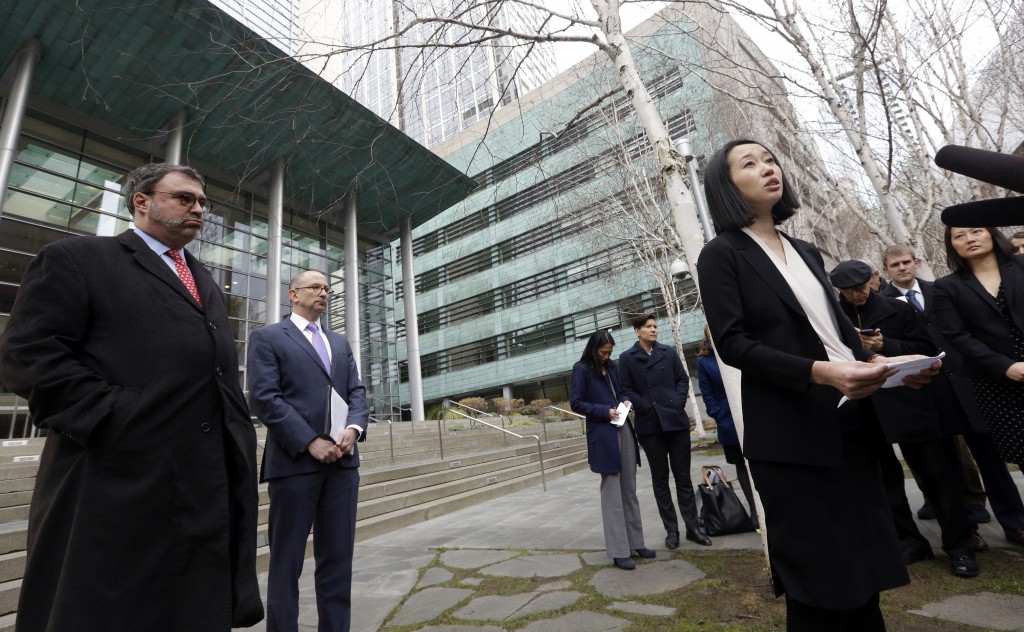 SEATTLE (AP) — Lawyers with the Department of Justice have asked a federal judge to change his order that partially lifted a Trump administration refugee ban.

Just before Christmas, U.S. District Judge James Robart in Seattle imposed a nationwide injunction that blocks restrictions on reuniting refugee families and partially lifted a ban on refugees from 11 mostly Muslim countries. Robart limited that part of the injunction to refugees who have a bona fide relationship with people or entities in the United States. He also said that refugees who have formal agreements with refugee resettlement agencies were covered under his order.

The government does not want to include resettlement agencies.

Government lawyers filed a motion Wednesday saying that although the 9th U.S. Circuit Court of Appeals has interpreted the "bona fide relationship" to include connections to resettlement agencies, the U.S. Supreme Court has stayed that ruling. That means the highest court indicates it disagrees with the appeals court on that point, the lawyers say.

"The Supreme Court was clear in its earlier order protecting refugees with bona fide relationships to the US from the last temporary refugee ban," Mark Hetfield, president and CEO of New York-based HIAS, said Thursday. "Yet in its latest ban, the Trump administration not only ignored this admonition, but went even further to explicitly prevent refugees in the U.S. from reuniting with their spouse or minor children."

The ACLU represents a Somali man who has spent years trying to bring his wife and children to his home in Washington state.

Jewish Family Service challenged the administration's prohibition of refugees from certain countries until the vetting process could be reviewed.

Department of Justice lawyers argued in a hearing last week that the ban was a temporary and reasonable way for agencies to deal with gaps in the screening process.

But ACLU and Jewish Family Service lawyers said the government violated federal law when it implemented the ban. Robart agreed, and also said the refugee ban violated the Immigration and Nationality Act passed by Congress.

The plaintiffs include two Iraqi men who served as interpreters for the U.S. Army and are said to be in "extreme danger" because of their work. Other plaintiffs include an Iraqi woman was kidnapped, raped and threatened with death for her work with an American company and a transgender woman in Egypt faces harassment and persecution. They all were in the process of coming to the U.S. when the executive order went into effect.

"Unlike these types of relationships, refugees do not have a freestanding connection to resettlement agencies, apart from the refugee admissions process itself, by virtue of the agency's assurance agreement with the federal government."

This story has been updated to correct the spelling of Mark Hetfield's name.