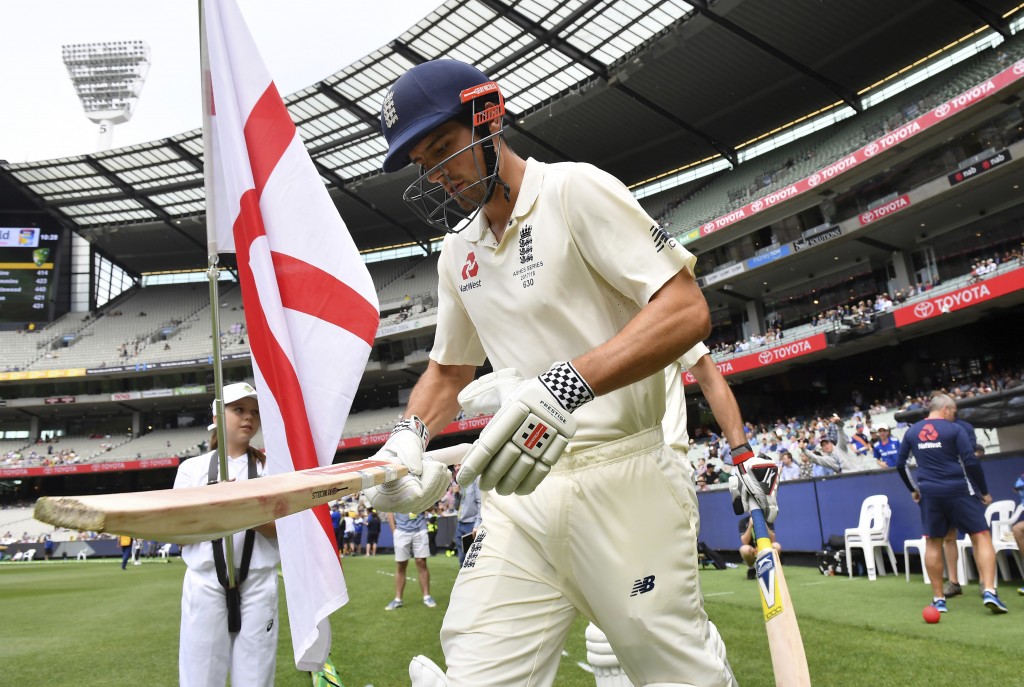 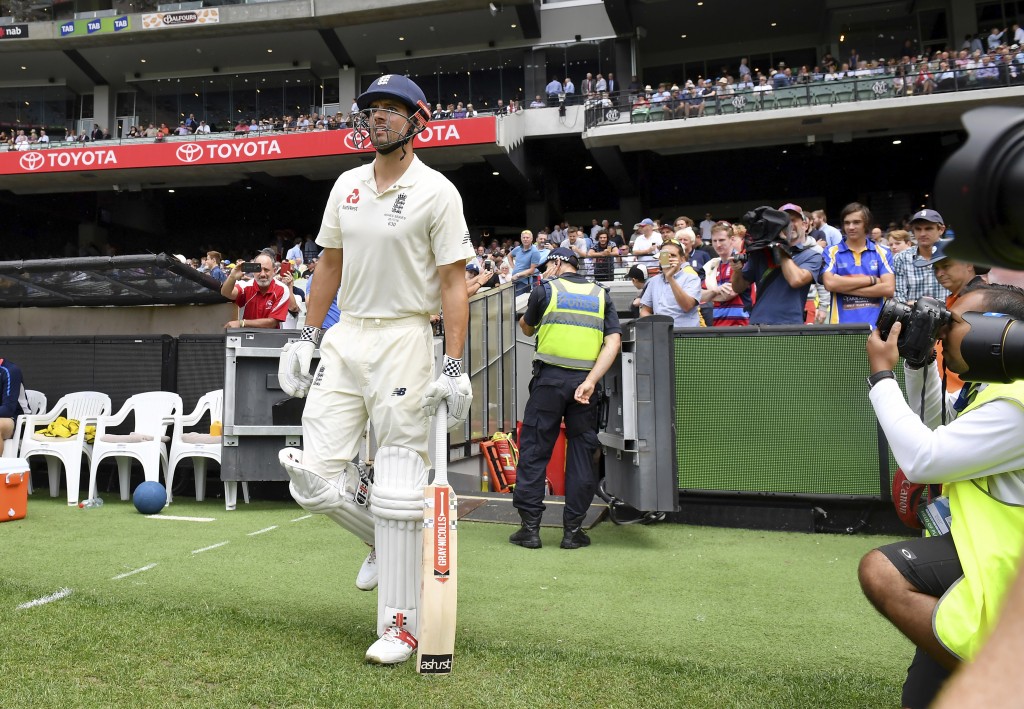 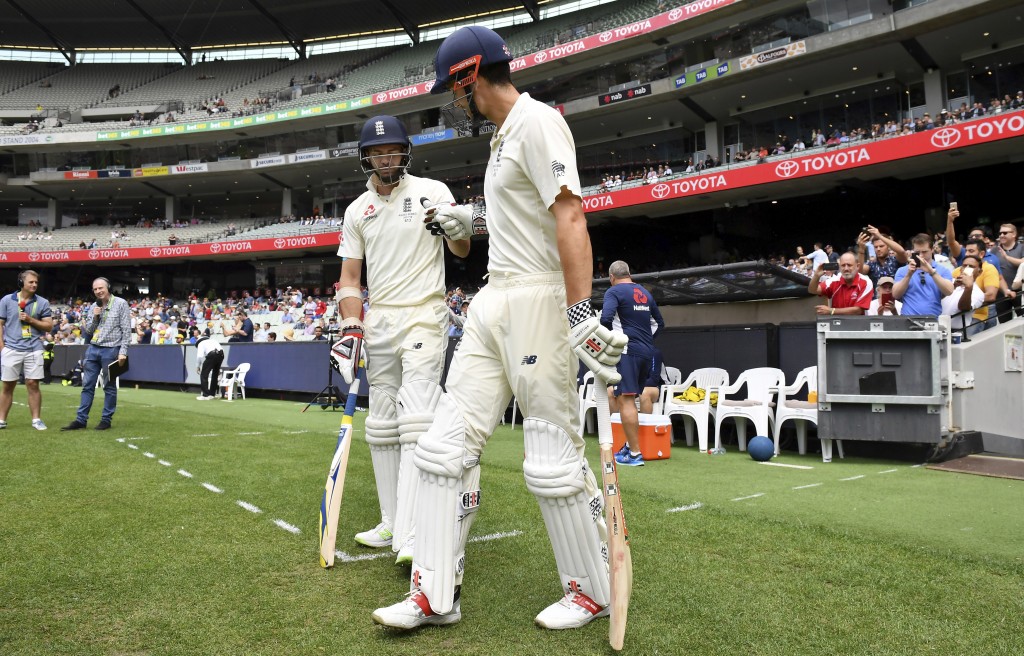 MELBOURNE, Australia (AP) — England opener Alastair Cook became the first batsmen to carry his bat through in a test at the Melbourne Cricket Ground when his team's first innings came to a quick end on the fourth day of the fourth Ashes test against Australia on Friday.

Jimmy Anderson was the last man out — dismissed on the first delivery bowled on Friday morning — with Cook looking on from the non-striker's end.

The 33-year-old Cook became the first Englishman to carry his bat through a test innings since Mike Atherton achieved the rare feat 20 years ago.

And Cook became the first player from any country to carry his bat at the MCG, test cricket's oldest ground, having hosted the sport's inaugural test in 1877.

Cook was also the 52nd player in test history to carry his bat through an innings.

His marathon innings started on Wednesday and spanned more than 10½ hours at the crease.

England is 3-0 down in the best-of-five series and surrendered the Ashes when it lost at Perth's WACA ground 10 days ago.