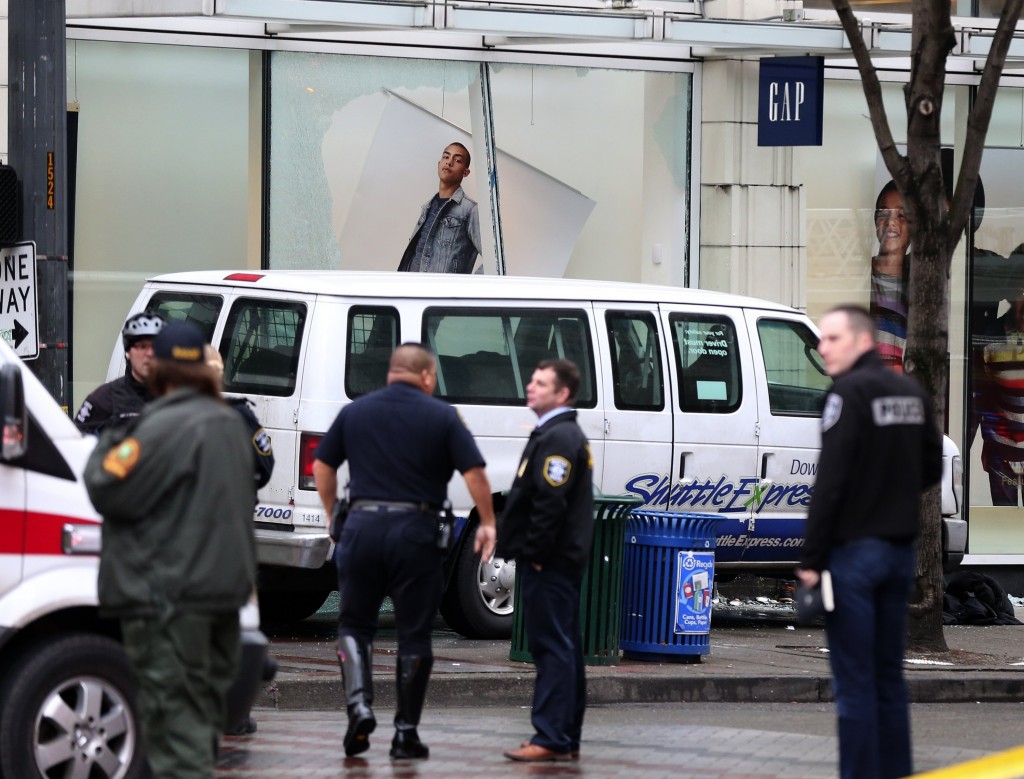 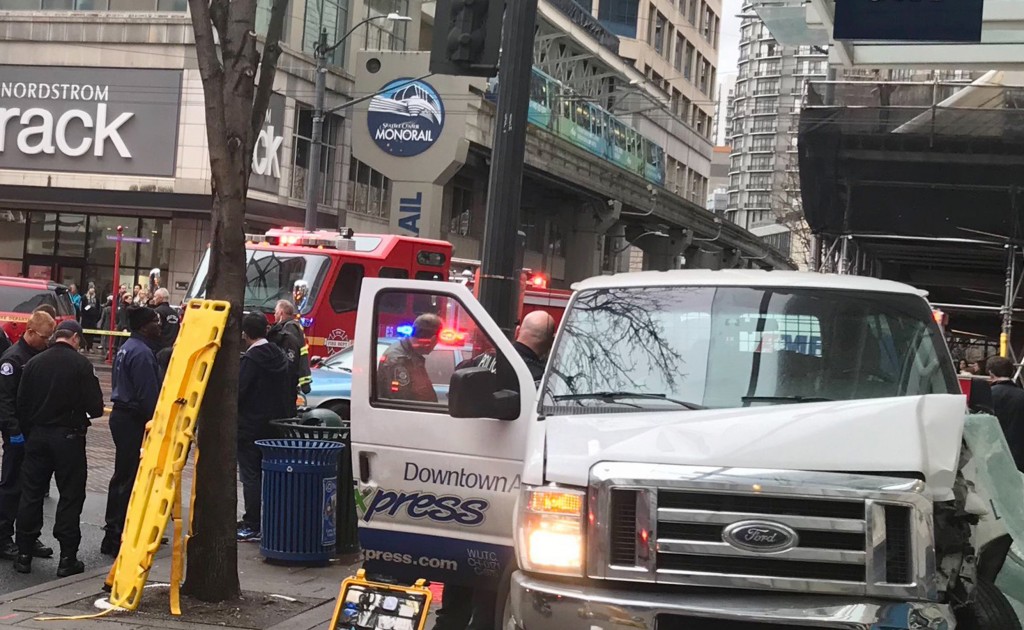 SEATTLE (AP) — The Latest on a van that crashed into a building in downtown Seattle (all times local):

Authorities say it appears the driver of a shuttle van that struck a downtown Seattle building and injured several pedestrians had a medical emergency and lost control of the vehicle.

The shuttle that ferries passengers throughout the city jumped a sidewalk Thursday and struck a Gap store. Authorities say six people were injured.

Assistant Police Chief Marc Garth Green said the vehicle did not accelerate and there was "nothing obvious to make this an intentional act or deliberate."

Fire spokeswoman Kristen Tinsley says a man in serious condition and three other people in stable condition were taken to hospitals.

The van driver and another person struck by glass also were hospitalized but their conditions weren't immediately known.

Authorities say four people were sent to hospitals after a van left the street and hit a building in downtown Seattle.

The accident happened just before noon Thursday and it appears the vehicle struck a Gap store.

The conditions of the injured weren't known. The vehicle was a shuttle express van, which ferries passengers throughout the metro area.

No other details were immediately available and police said they were investigating.